Accessibility links
Closed Competency Hearing Set For Defendant In Charleston, S.C., Church Shootings : The Two-Way The judge has set Monday's hearing to decide if Dylann Roof is mentally competent to be tried in the murders of nine people. The judge said the hearing will be closed to help assure Roof a fair trial. 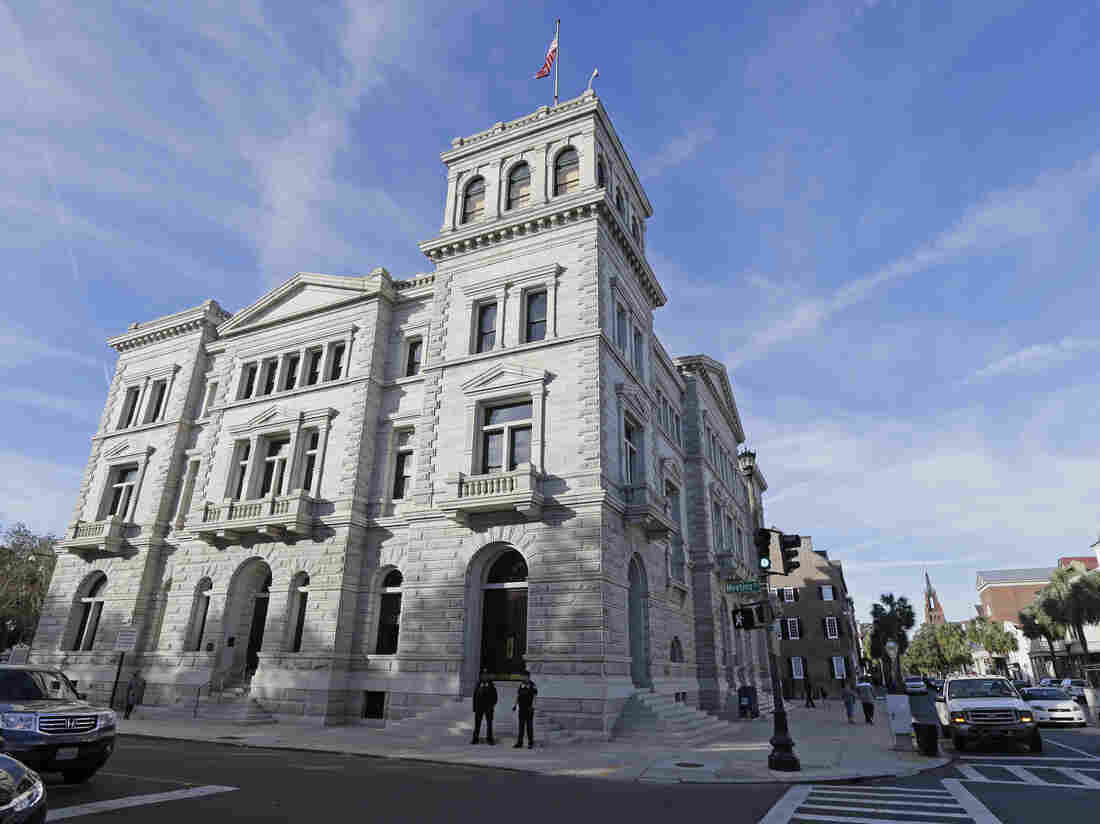 Dylann Roof faces a competency hearing Monday in the federal courthouse in Charleston, S.C. He is accused of hate crimes in the killings of nine people at Emanuel AME Church in June. Chuck Burton/AP hide caption 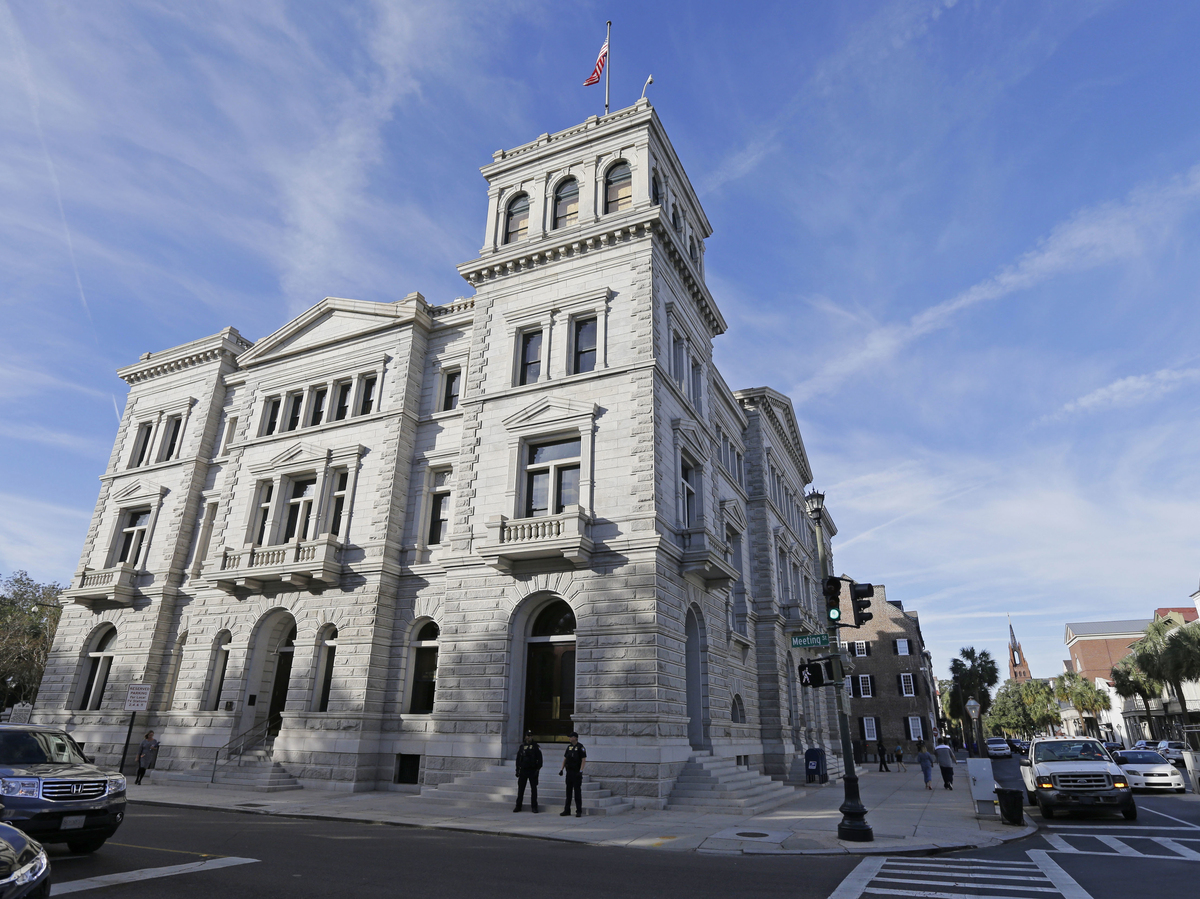 Dylann Roof faces a competency hearing Monday in the federal courthouse in Charleston, S.C. He is accused of hate crimes in the killings of nine people at Emanuel AME Church in June.

A closed hearing will be held Monday to determine whether Dylann Roof, who faces 33 federal hate crime charges for allegedly murdering nine people in a Charleston, S.C., church, is mentally competent to stand trial.

Jury selection in the trial has been delayed since the defense filed a motion questioning Roof's mental competency on Nov. 7, which led U.S. District Judge Richard Gergel to request a mental evaluation of the defendant.

The competency evaluation was submitted to the parties in the case earlier this week, reported South Carolina Public Radio, but it has not be released to the public. The Charleston Post and Courier reported that the evaluation "relied heavily on interviews" with Roof.

The judge cited the Sixth Amendment right to a fair trial and impartial jury in his decision to close Monday's hearing, reported Alexandra Olgin of SCPR. If he rules Roof is not competent to stand trial, the defendant could be sent to a state mental institution.

At a public hearing on Thursday the judge said, "It is not a normal examiner's report, I'm telling you that," and called the case "unusual," according the Post and Courier. He defended his choice to keep the competency hearing closed, but pledged to release portions of a hearing transcript that don't need to be kept confidential, the paper reported.

At least seven media organizations, including NPR and the Post and Courier's parent company, have filed legal objections to the closing of the competency hearing.

The First Amendment requires criminal proceedings to be open to the public. To close a hearing, a court must show that there is a compelling interest, such as protecting a defendant's right to a fair trial, that requires the proceeding to be closed.

At Thursday's public hearing, some family members of the victims argued they had a right to observe the proceedings.

"It would be unfair for us not to be there," said Tyrone Sanders, whose 26-year-old son, Tywanza, was killed, and his wife and granddaughter survived the shooting. "We've lost the greatest portion," Sanders said, according to the Post and Courier.

The federal government is seeking the death penalty in its case against Roof, 22, who prosecutors say entered Emanuel African Methodist Episcopal Church in downtown Charleston in June 2015 and sat among people gathered for a Wednesday evening Bible study before he opened fire.

Emanuel AME is a historically black institution. "The Justice Department says he selected the [church] and his victims to win notoriety and to try to ignite a race war," NPR's Carrie Johnson reported.

The federal indictment alleges Roof created a website where he posted a diatribe against people who are not white, as well as photographs of himself "wearing a jacket with flags of two former apartheid African nations, displaying his Glock .45 caliber pistol, and holding a confederate flag."

Roof faces separate murder charges brought by the state of South Carolina, which is seeking the death penalty for Roof's alleged crimes. It is not clear what, if any, bearing the mental evaluation conducted for the federal trial could have on the state trial, which is set to begin in January.