Accessibility links
New York Attorney General Says Trump Agrees To Trump University Settlement : The Two-Way Eric Schneiderman called the settlement "a stunning reversal by Donald Trump and a major victory for the over 6,000 victims of his fraudulent university." 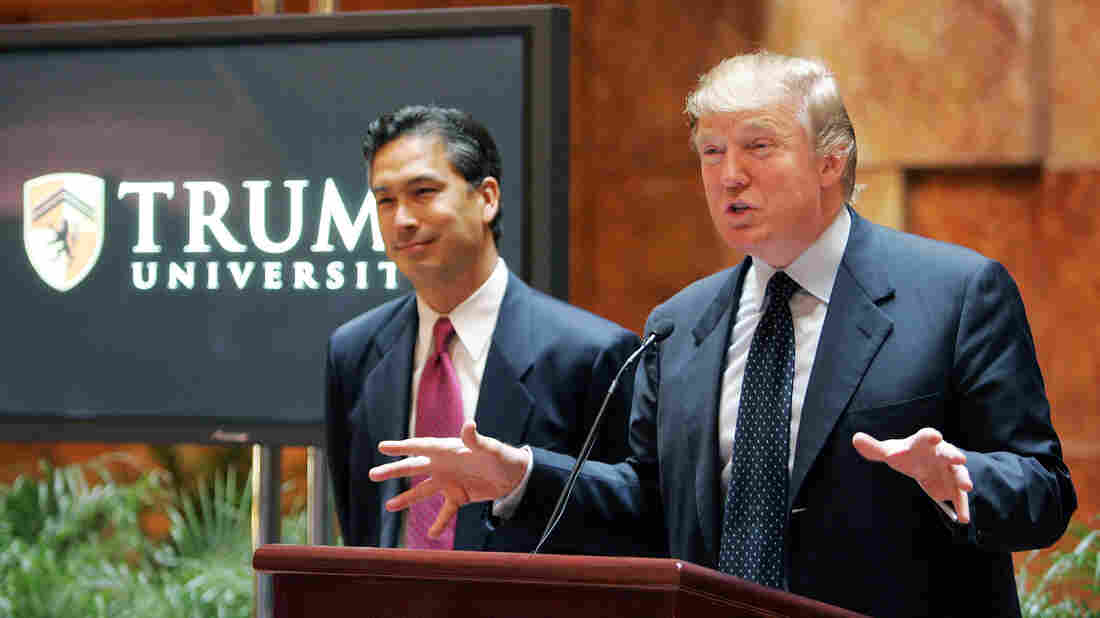 Donald Trump at a 2005 news conference about Trump University. Now, the New York attorney general says Trump has agreed to a $25 million settlement with over 6,000 plaintiffs who said the university had defrauded them. Mario Tama/Getty Images hide caption 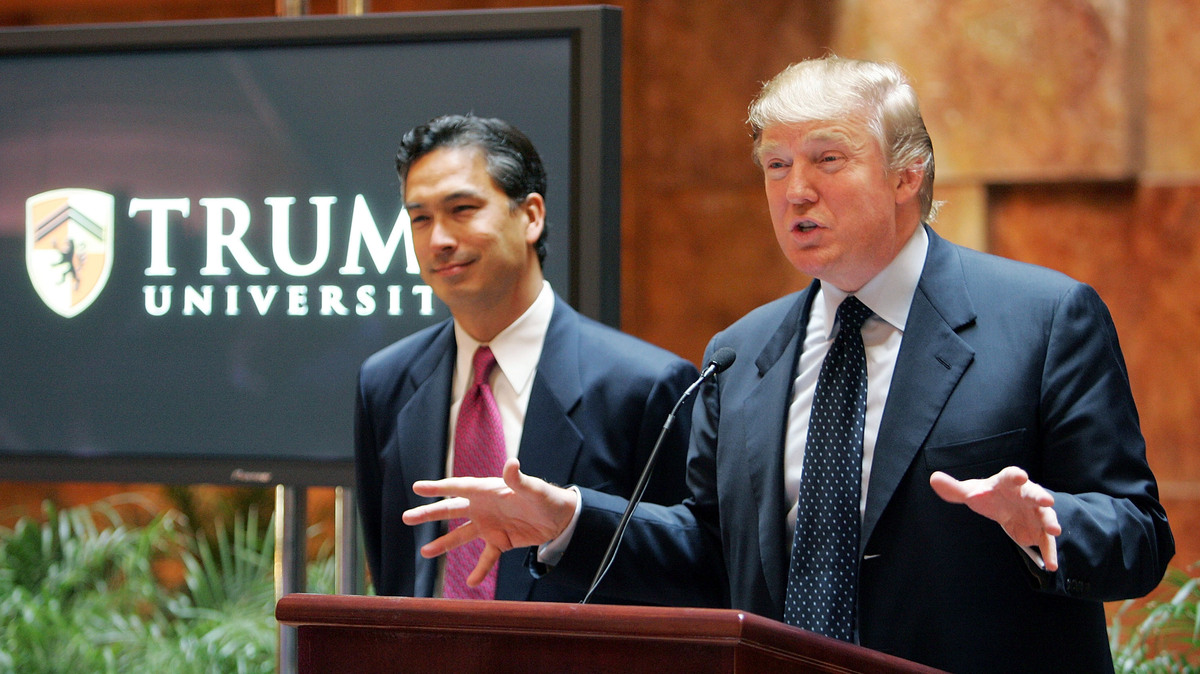 Donald Trump at a 2005 news conference about Trump University. Now, the New York attorney general says Trump has agreed to a $25 million settlement with over 6,000 plaintiffs who said the university had defrauded them.

A $25 million settlement agreement has been reached in the civil fraud lawsuits against President-elect Donald Trump and Trump University, according to New York's state attorney general.

Eric Schneiderman called the settlement "a stunning reversal by Donald Trump and a major victory for the over 6,000 victims of his fraudulent university" in a written statement. The allegations have been a major point of controversy for the President-elect for years.

"Donald Trump fought us every step of the way, filing baseless charges and fruitless appeals and refusing to settle for even modest amounts of compensation for the victims of his phony university," Schneiderman added. "Today, that all changes."

"Every victim" will receive a share of the settlement, Schneiderman said. He added that Trump has agreed to pay $1 million in penalties to the state of New York "for violating state education laws."

"We are pleased to announce the complete resolution of all litigation involving Trump University. While we have no doubt that Trump University would have prevailed at trial based on the merits of this case, resolution of these matters allows President-Elect Trump to devote his full attention to the important issues facing our great nation."

The agreement "does not require Trump to acknowledge wrongdoing," according to The Associated Press.

Students who purchased classes at Trump University have complained that "the promised Donald Trump investment techniques were mostly stuff that you could find on the internet. They say that the promised mentoring was worthless, that the instructors were unqualified and were not hand-picked by Donald Trump, as he claimed," Ina reported.

Trump has repeatedly denied those characterizations, Ina said, "and in his deposition, Donald Trump said the students gave the courses a 97 percent approval rating and not even Harvard gets that."

As The New York Times wrote, "The deal, if approved, averts a potentially embarrassing and highly unusual predicament: a president-elect on trial, and possibly even taking the stand in his own defense, while scrambling to build his incoming administration."

A hearing for one of the lawsuits, in a federal court in San Diego, had been scheduled for today. Ina reported that Trump was requesting that the judge postpone the trial until after the inauguration.

A court document filed by Trump's lawyers last week requested time to "allow the President-Elect to focus on the enormous responsibility of transitioning to the most demanding and important office in our government." It also asked for Trump to be allowed to testify by video.

During his presidential run, Trump elicited criticism after he argued that Indiana-born Judge Gonzalo Curiel, who is of Mexican heritage and presiding over both California cases, could not be fair to Trump because he has vowed to build a wall along the U.S. border with Mexico.

Curiel had "urged both sides to settle" in the California suits, according to Reuters.