Accessibility links
Sharon Jones Dies; Dap Kings Leader Was 60 : The Two-Way Jones, known for generating powerful, energetic performances despite her small stature while fronting The Dap-Kings for the past decade, had been fighting pancreatic cancer since 2013. 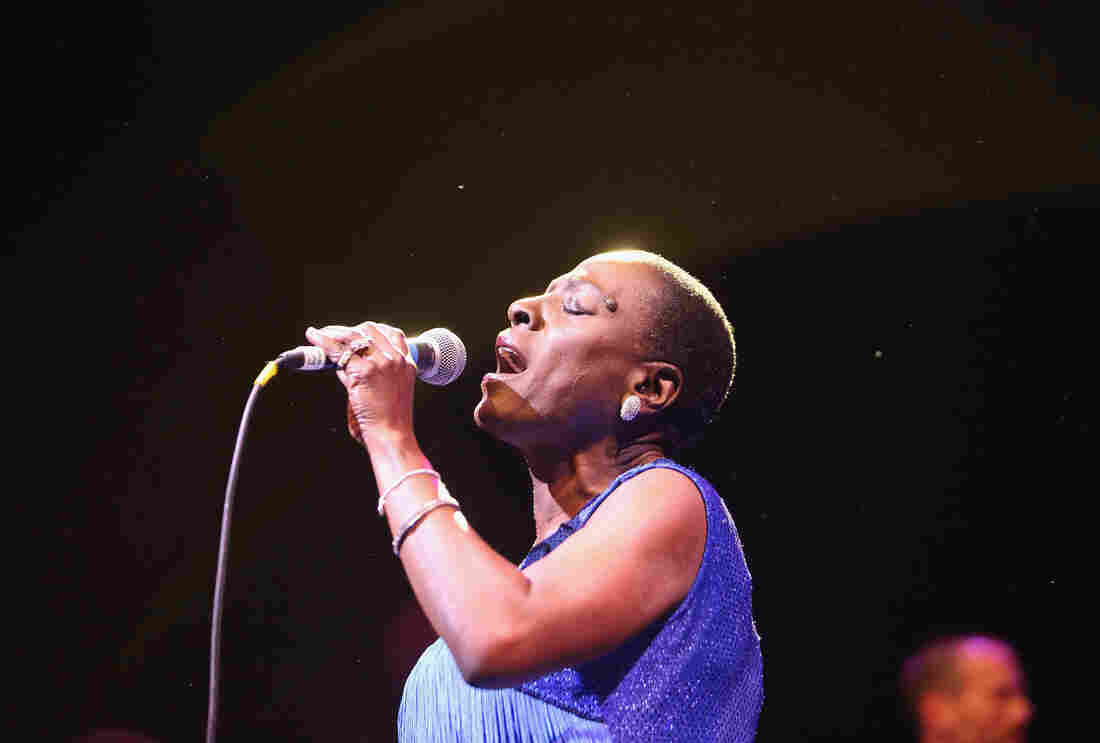 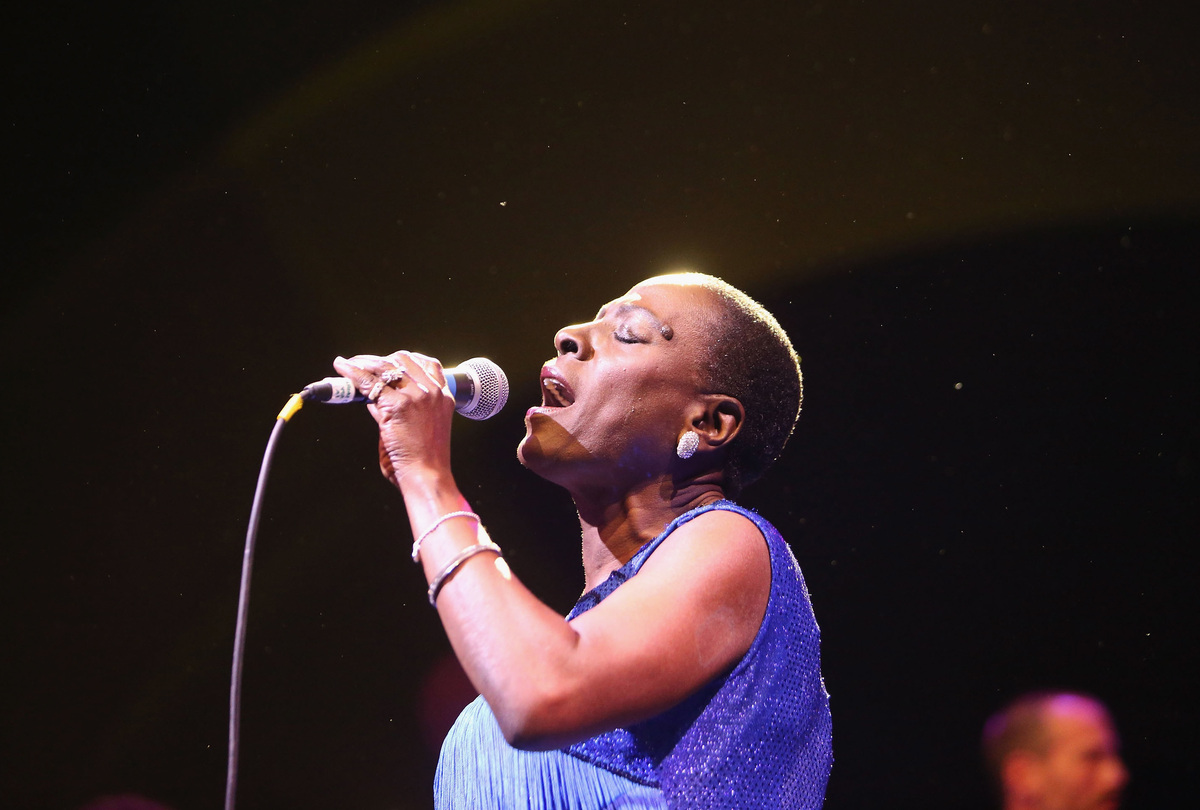 Sharon Jones and The Dap-Kings perform at opening night of Celebrate Brooklyn! in New York City on June 8.

Soul singer Sharon Jones, lead singer of the group The Dap-Kings, has died, her publicist announced late Friday. She was 60.

She'd been fighting pancreatic cancer since 2013, when she took a break from touring to undergo extensive surgery and chemotherapy, Fresh Air wrote earlier this year. The cancer went into remission, but returned this year.

She told Terry Gross about the difficulty of her treatment:

"I couldn't sing. I couldn't get air because, people didn't realize, I was cut across the diaphragm, all the way up from right under the center under my breasts, all the way down to the top of my navel, almost."

Even after she returned to the stage, she told Terry, she didn't feel like the band's dynamic performances were the same.

"That energy, I mean, everyone said my energy was great, but I didn't feel it at all. Even now, the days on the stage I'm just not myself, I don't have that energy. The legs doesn't lift up like I want to with the pain, the neuropathy from certain chemo. It's a hinder, but I do the shows, but it's not the same."

Jones went through treatment again this year while continuing to perform, but the band had to cancel a European tour this past summer because of a medical procedure Jones needed.

Jones grew up the youngest of six children in Jim Crow-era Georgia, NPR's Mandalit Del Barco reports on All Things Considered. And even after she moved to Brooklyn, she continued to confront prejudice while trying to make it in the music business. She was told she was "too short," "too black" and "too fat," she told Terry.

Sasquatch 2011: Sharon Jones And The Dap-Kings, Live In Concert

In the meantime, Jones supported herself by working as an armored car guard for Wells Fargo and a corrections officer at Rikers Island. It wasn't until she was 40 that she finally made her debut.

Even then, it took some time before Jones and the Dap-Kings to break through: "Jones was in her 50s when she finally began to enjoy international recognition," Mandalit reports.

But when they did, they made a big impact.

"Her music was termed neo-soul, or retro-soul, but she and her band did this long enough to where there was nothing neo- or retro- about it," freelance music journalist Matt Rogers told Mandalit. "It was just as original as the music that inspired her and the band in the first place."

Jones, who recalled first being inspired to become a singer while performing as a child in a church nativity play, performed a set of holiday songs for NPR's Tiny Desk last year. You can watch it below.