Accessibility links
1 Police Officer Killed, 3 Officers Injured In Separate Shootings Sunday : The Two-Way In apparent ambushes, an officer in San Antonio has been killed and one in St. Louis has been injured. Meanwhile, officers in Sanibel, Fla., and Gladstone, Mo., were also shot on Sunday. 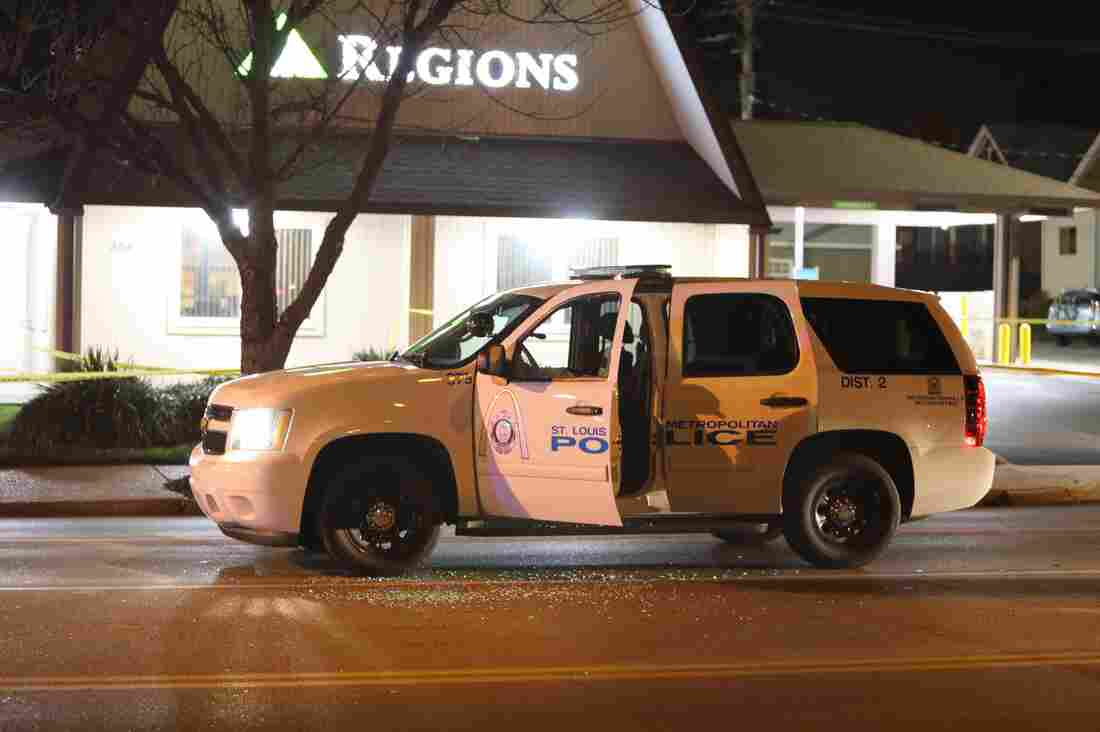 Police investigate a scene after a St. Louis police officer was shot in what the police chief called an "ambush" on Sunday, in St. Louis. Police Chief Sam Dotson said the 46-year-old officer was shot in the face. The suspect got away and a massive search was underway. David Carson/St. Louis Post-Dispatch via AP hide caption 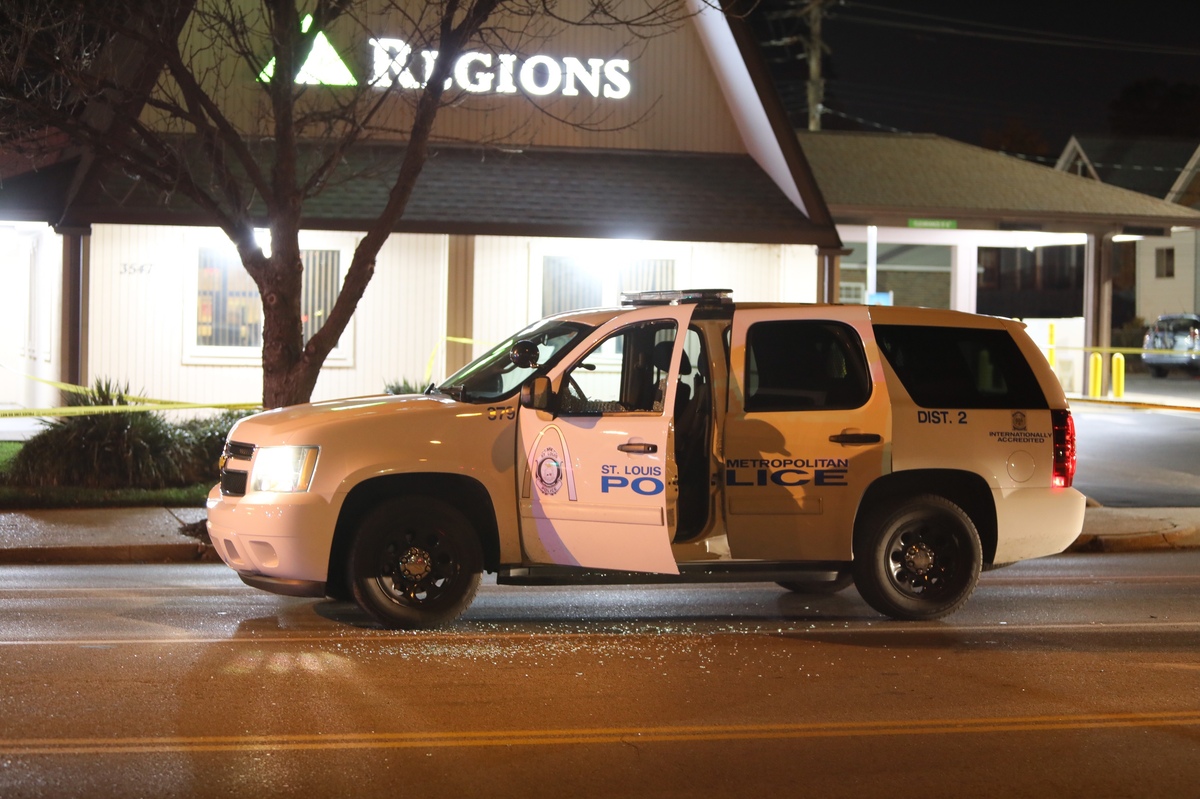 A police officer was shot and killed Sunday in San Antonio in an apparent ambush-style slaying, authorities say. A suspect is still at large.

Separately, an apparent ambush the same day in St. Louis left a police officer in critical condition. A suspect in that incident was later killed.

Two other officers also were shot and wounded on Sunday — one in Gladstone, Mo., in an encounter with a suspect who was shot and killed, and one in Sanibel, Fla., during a traffic stop.

Will Dallas And Baton Rouge Set Back Police Reform Efforts?

Joey Palacios of Texas Public Radio reports that the fatal attack in San Antonio occurred during a traffic stop that morning, when 50-year-old Detective Benjamin Marconi was shot in his patrol car.

"The 20-year police veteran was killed outside of the San Antonio Police headquarters after pulling over a vehicle just before noon," Palacios reports. "While parked, a black Mitsubishi Galant drove up behind him. The driver of that car got out, approached the driver's side of Marconi's patrol car and opened fire, shooting him twice in the head. Marconi died at a nearby military hospital." 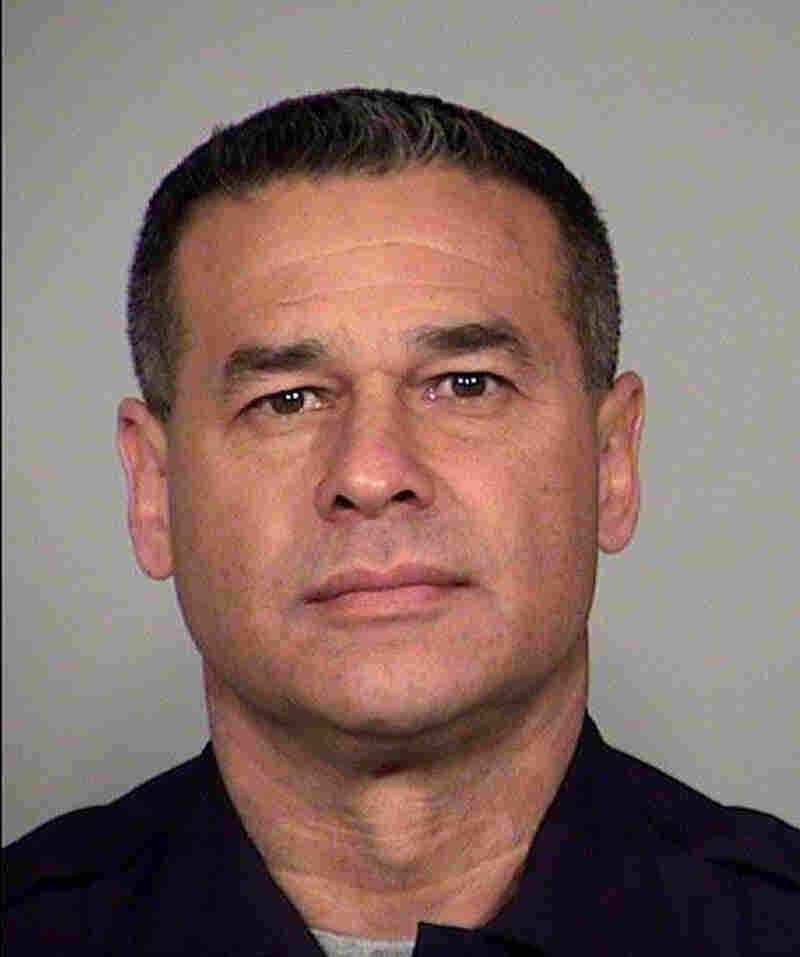 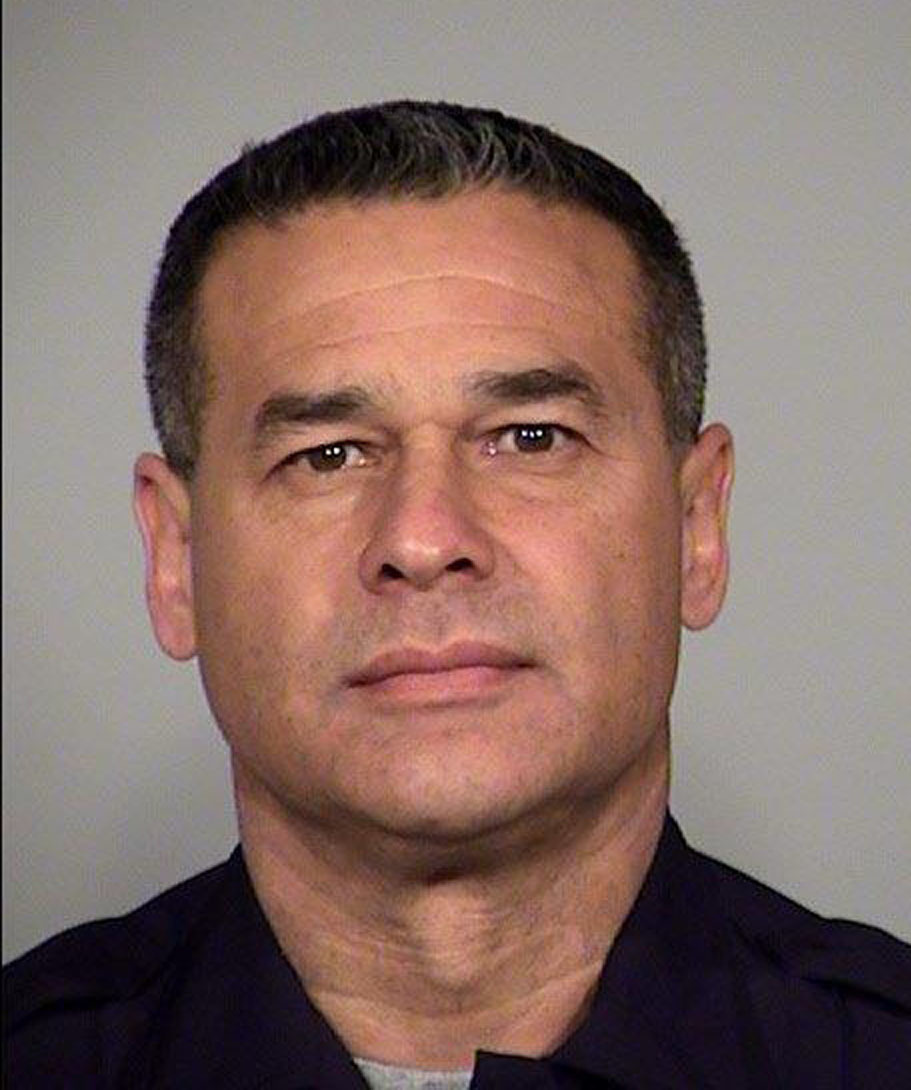 An undated image released by the San Antonio Police Department shows 20-year police veteran Detective Benjamin Marconi, 50, who was shot and killed on Sunday while on duty in Texas.

The suspect is still at large, and a manhunt is currently under way. San Antonio police released a photo of a black man in his 20s and said they are still looking for the Mitsubishi Galant, as well as for any witnesses to the shooting.

In St. Louis, a police sergeant was shot twice in the face while sitting in his patrol car, The Associated Press reports.

"The officer was not involved in a call or a traffic stop but was sitting in traffic about 7:30 p.m. Sunday when another car pulled up alongside his marked police vehicle," the AP writes. Police Chief Sam Dotson says the 46-year-old officer was shot by an individual in the other car, who shot out the patrol car's window.

The officer was in critical condition but is expected to survive. A male suspect, who police say was wanted for violent crimes and might have feared recognition, was subsequently killed in a shootout with police, the AP writes. Neither the officer nor the suspect has been identified.

In Sanibel, a police officer was wounded in a drive-by shooting around 8 p.m. ET on Sunday. The officer was sitting in his patrol car after a routine traffic stop, according to the local newspaper The News-Press.

The officer was treated at a hospital and released. Other police officers exchanged fire with a suspect, who is now in custody, according to The News-Press.

Local police tell the paper this is the first time a police officer on Sanibel — an island near Fort Myers that is popular with tourists — has been shot in the line of duty.

And then on Sunday evening in Missouri, an officer in Gladstone was shot in a struggle after a traffic stop, The Kansas City Star reports.

"According to Kansas City police, who were called to assist Gladstone police, a passenger ran from the vehicle after it was stopped about 10:30 p.m. Sunday. Officers pursued the suspect on foot and attempted to take the person into custody. Police say a struggle followed and the suspect produced a handgun," the Star writes. "Shots were fired and the officer received non-life-threatening injuries and the suspect was shot and killed."

It's not clear whether the attacks in Sanibel and Gladstone were targeted police attacks, like authorities say the St. Louis shooting and San Antonio killing were.

"The attacks on police came less than five months after a gunman killed five officers in Dallas who were working a protest about the fatal police shootings of black men in Minnesota and Louisiana. It was the deadliest day for American law enforcement since Sept. 11, 2001.

"Ten days after the Dallas attack, a man wearing a ski mask and armed with two rifles and a pistol killed three officers near a gas station and convenience store in Baton Rouge, Louisiana. And earlier this month, two Des Moines, Iowa-area police officers were fatally shot in separate ambush-style attacks while sitting in their patrol cars."

Just fewer than 200 law enforcement officers were assaulted and injured by firearms over the course of that year, according to the FBI.