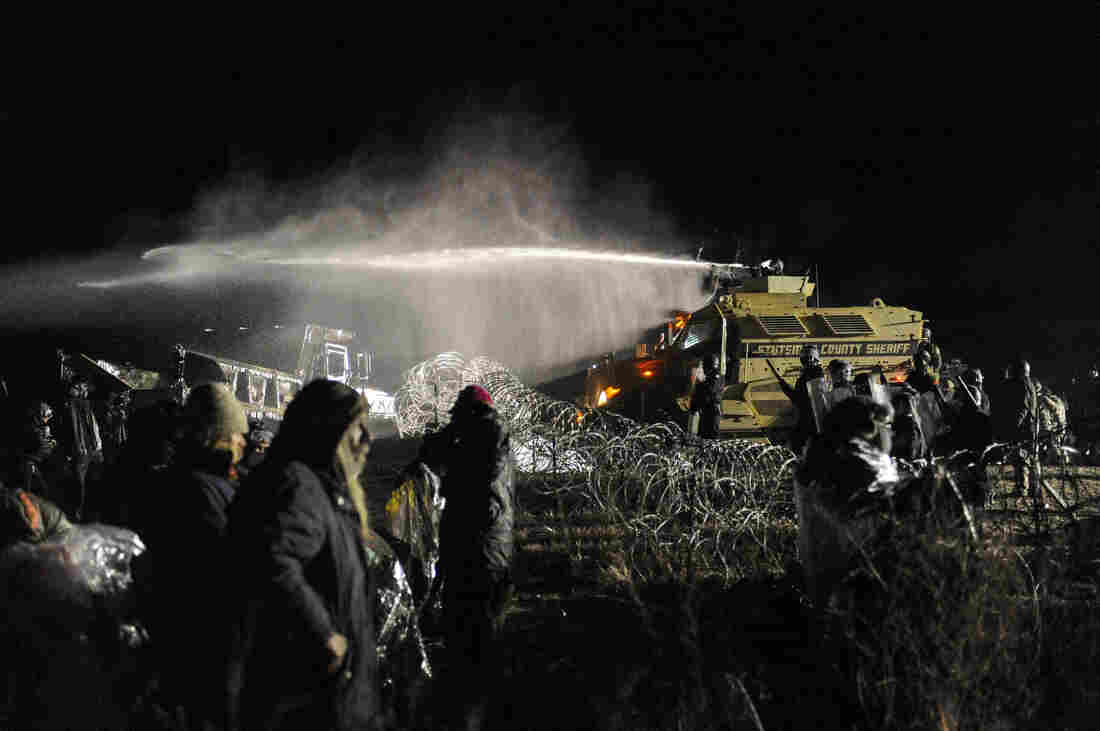 Police use a water canon to spray protesters during a clash overnight near Cannon Ball., N.D. Stephanie Keith/Reuters hide caption 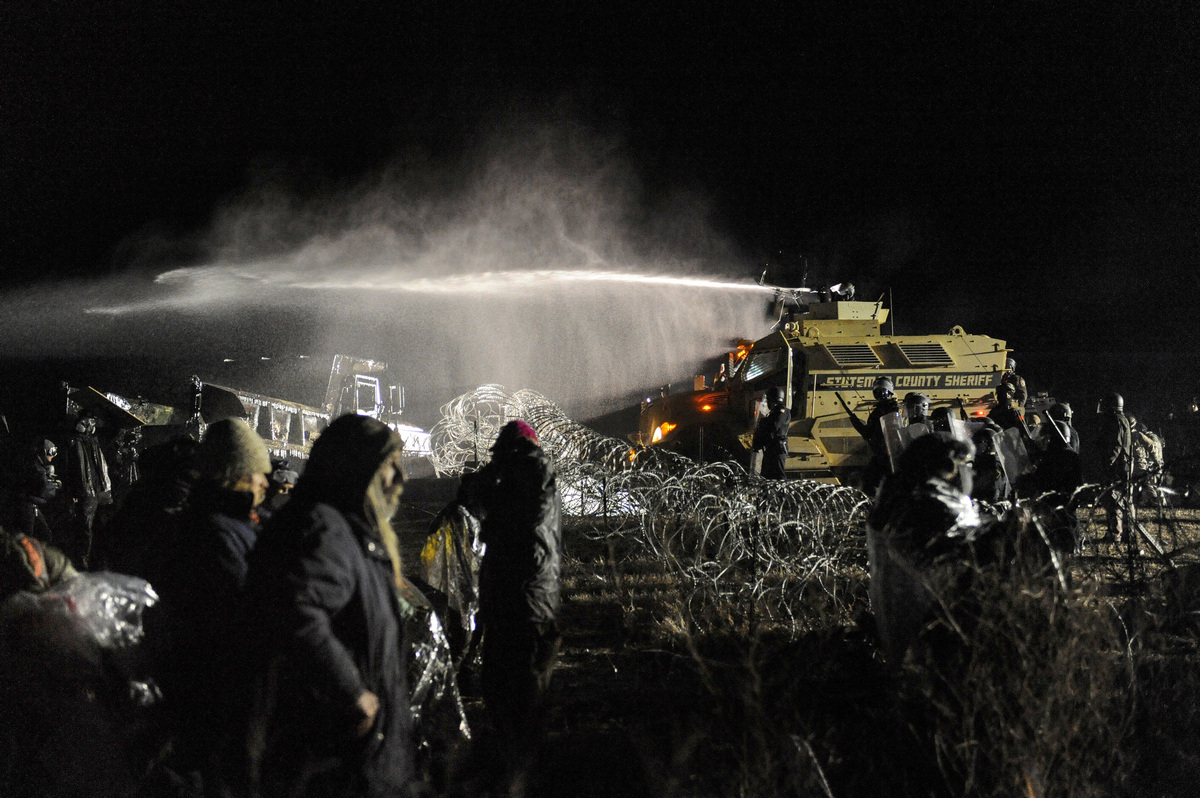 Police use a water canon to spray protesters during a clash overnight near Cannon Ball., N.D.

Police and demonstrators opposed to the Dakota Access Pipeline clashed overnight on a bridge that has been a flashpoint in the ongoing protests.

"Police say protesters set fires in the area Sunday night and threw rocks at officers," Prairie Public Broadcasting's Amy Sisk reported. But an activist said in a live-stream video that projectiles fired from the police side started the fires and that demonstrators, who call themselves water protectors, were trying to extinguish the flames.

"Police used tear gas and sprayed water to control the crowd while the temperature dropped below freezing," Sisk said. "Protest leaders are concerned about hypothermia and injuries sustained by demonstrators."

The number of people injured ranged from dozens to hundreds, according to varying reports from activist and anti-pipeline groups. At least one person was arrested, Sisk said.

The skirmishes began Sunday evening when hundreds of demonstrators gathered and attempted to move a burned-out car that had been blocking Backwater Bridge, which is about a mile from the pipeline construction area, since another confrontation there several weeks ago. "Authorities have said the bridge is closed due to concerns about its structural integrity since the vehicle fires in October," according to The Bismarck Tribune.

Demonstrators say the bridge is the primary access to their camp. A statement from anti-pipeline groups said demonstrators were attempting to clear the road to "improve access to the camp for emergency services." Dallas Goldtooth of the Indigenous Environmental Network said the groups are concerned that "ambulances now have an extra 30 minutes to get to the hospital." 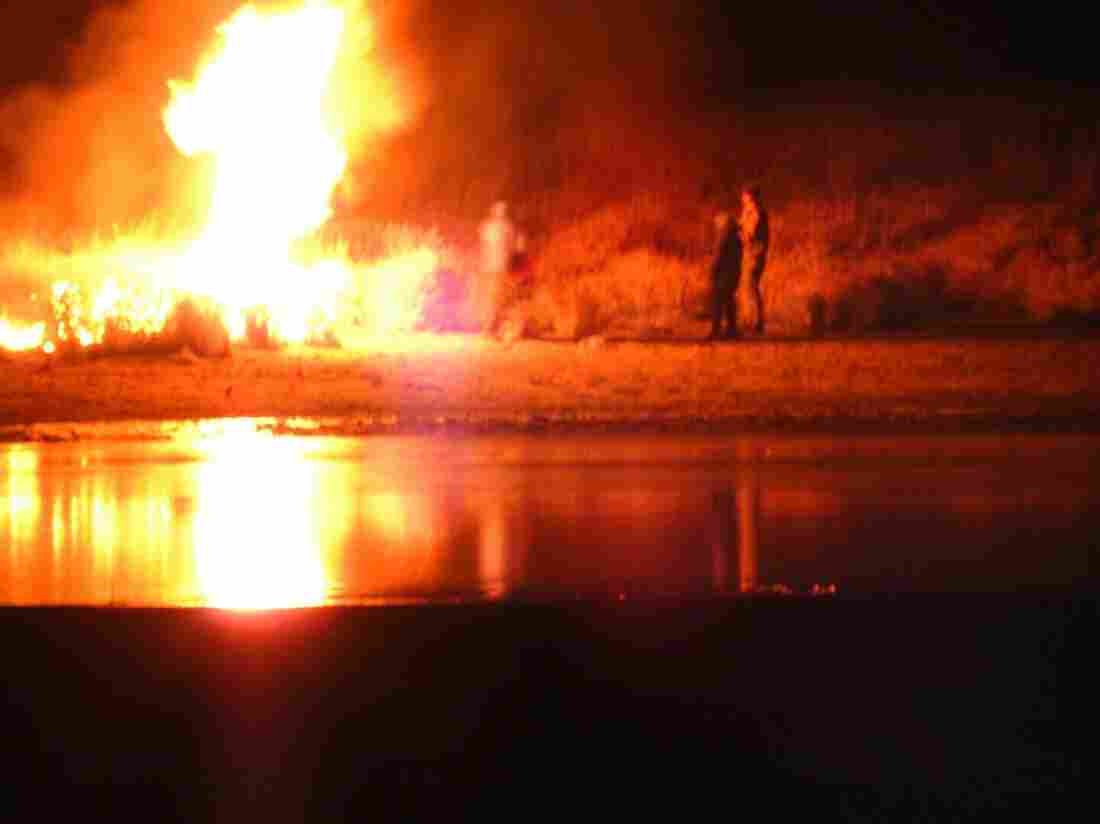 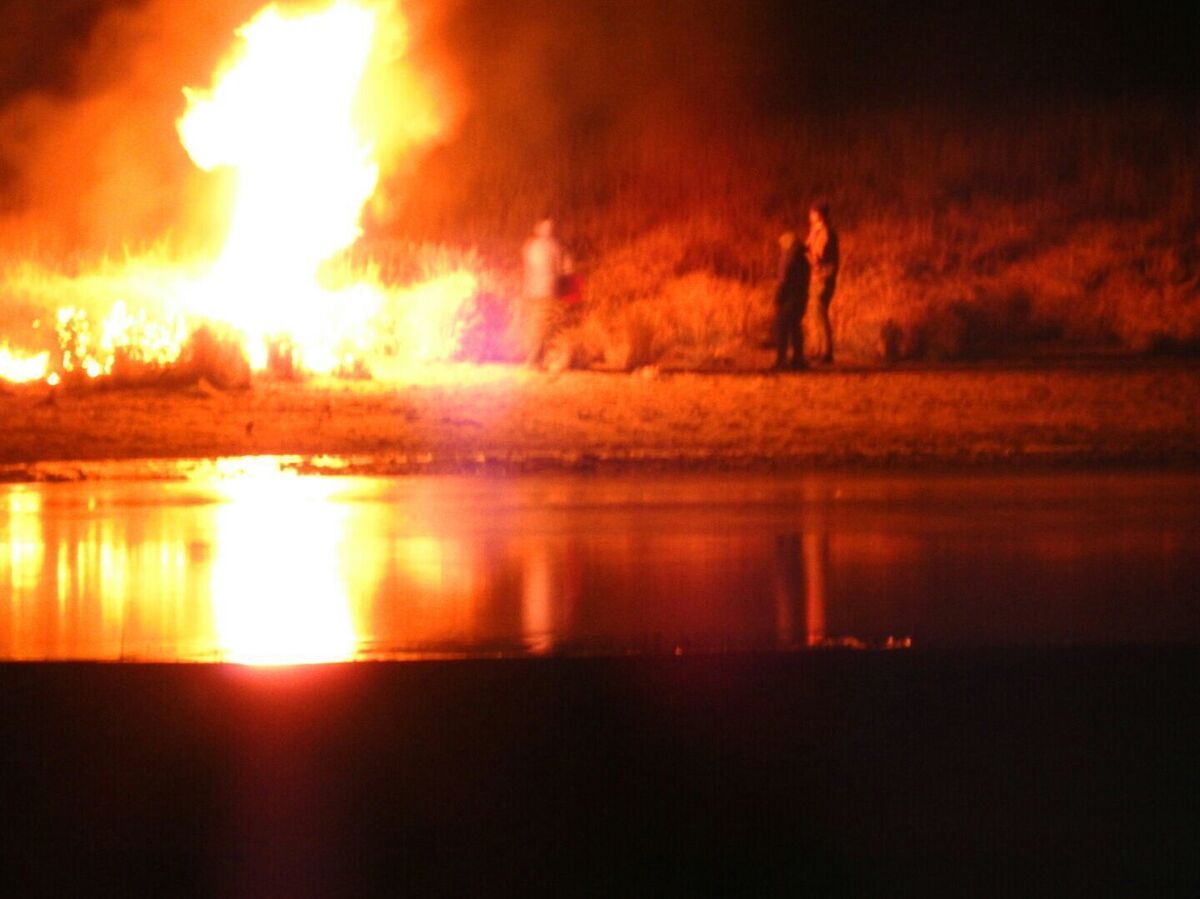 Law enforcement and protesters clash near the site of the Dakota Access Pipeline on Sunday in Cannon Ball, N.D.

The groups said medical staff at the protest camp were "overwhelmed" following the skirmishes, and that "the local community of [Cannon Ball] has opened their school gymnasium for emergency relief."

Demonstrators have rallied since last summer against the Dakota Access crude oil pipeline, which is set to cross the Missouri River just upstream from the Standing Rock Sioux Reservation. The tribe fears the pipeline could contaminate its drinking water and harm its sacred lands. The protests, led by the Standing Rock Sioux, have become a rallying point for other tribes and environmental activists.

The company building the $3.8 billion pipeline maintains that it will be safe. As we reported, the U.S. Army Corps of Engineers said last week that it needed more time to evaluate whether the pipeline should be built on its planned route.