Accessibility links
Kanye West Reportedly Hospitalized In Los Angeles : The Two-Way The rapper is undergoing medical evaluation due to stress and exhaustion, according to news reports. Earlier, West cancelled the remainder of his Saint Pablo tour. 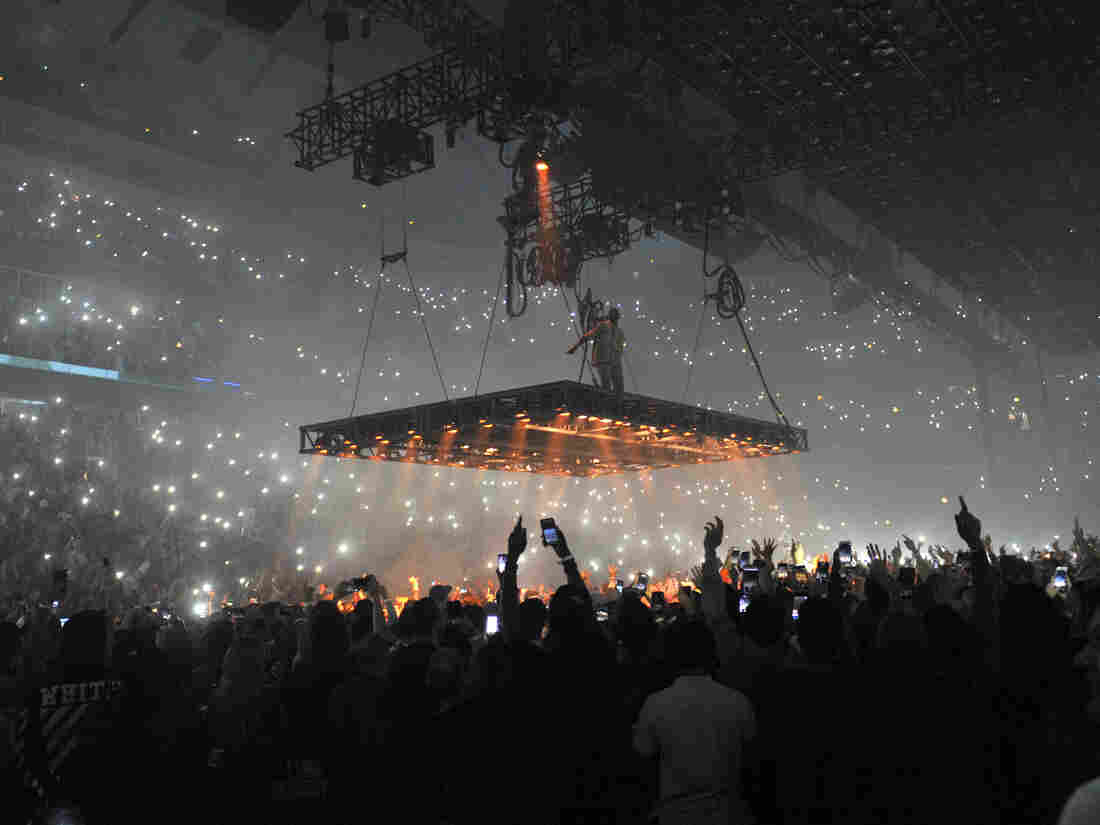 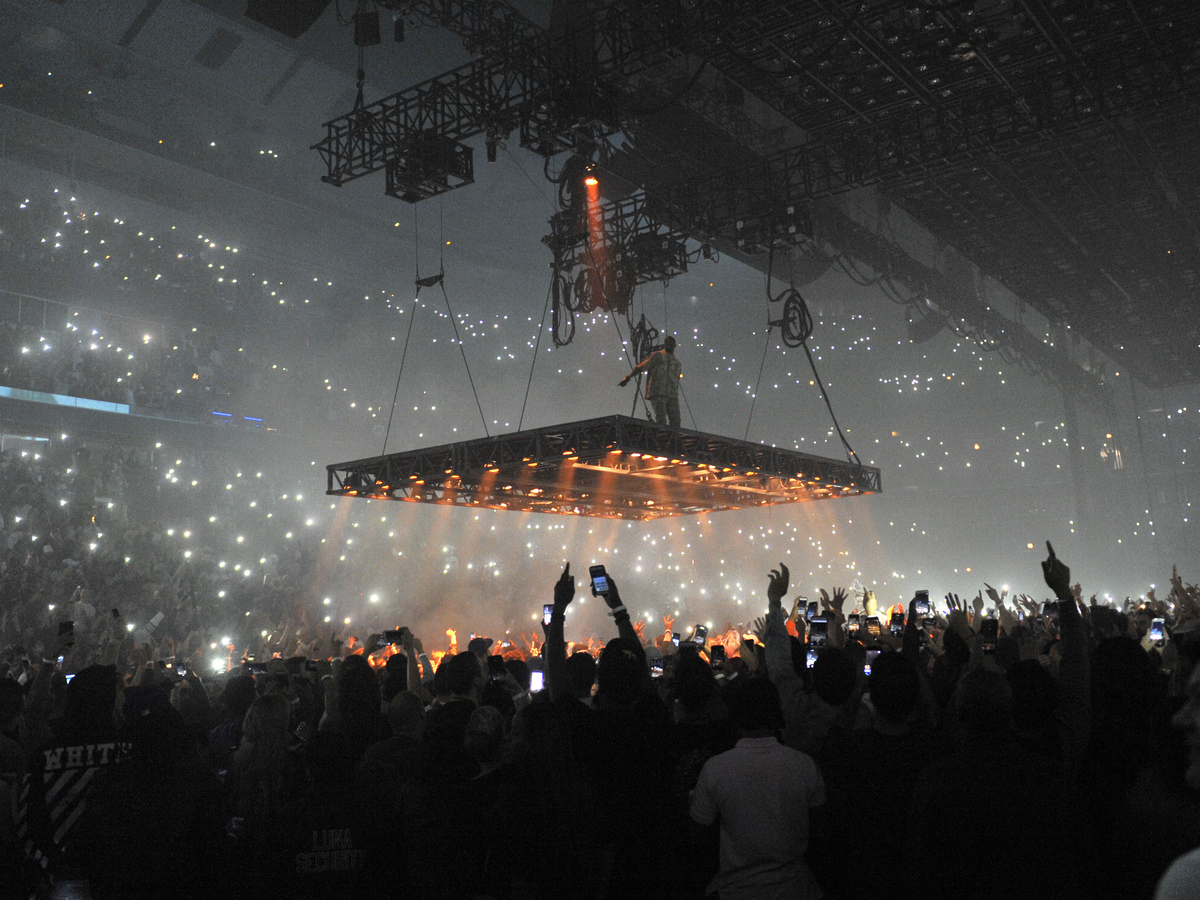 West's Saint Pablo tour featured a suspended stage over the crowds. West is pictured here at a show in Chicago.

Rap singer Kanye West has reportedly been hospitalized in Los Angeles for medical evaluation, according to reports by various media outlets. The cause was said to be stress and exhaustion.

West cancelled the remainder of his Saint Pablo tour on Monday, following at least two shows where West made rambling speeches from the stage, berating other musical artists and announcing his support for President-elect Donald Trump.

On Monday afternoon, the Los Angeles Police Department responded to a welfare call in the Beverly Grove area, according to news reports. Police officials determined the incident was medical, not criminal, so the Los Angeles Fire Department took over. The LAFD reportedly took West to Ronald Reagan UCLA Medical Center, where he was placed on psychiatric hold for observation.

West's representative — who remains anonymous — told The New York Times that the rapper's doctor had placed the welfare call. West reportedly went to the hospital willingly. The incident was first reported by NBC.

The rapper's concert diatribes began Thursday, when he told an audience in San Jose, Calif., that he would have voted for Trump, if he had voted. That began a weekend of backlash and criticism, as he repeated those sentiments at his show on Saturday in Sacramento. West, who has a history of outbursts and complaints about other artists and politicians, stopped during his third song to speak for 17 minutes then left the stage.

Some booed, others heckled and several people cheered. But he continued:

"I ain't here to massage you with the fake truth," West said. "The vibes is back."

West addressed what he called the "radio game," complaining that certain artists like Drake get played, but others like Frank Ocean do not. He talked about racism in America, and also called out DJ Khaled, Jay Z and Beyoncé.

Kanye also told Hillary Clinton to get over losing the presidency.

"It's a new world Hillary Clinton, it's a new world," said West. "Feelings matter. Because guess what? Everybody in middle America felt a way and they showed you how they felt."

Ticket prices for a Saint Pablo concert ranged from $29 to $480, depending on the venue. Those who attended the Sacramento show will be refunded by the outlets where they purchased the tickets.

The Forum in L.A confirmed that West would not be performing on Sunday just three hours before the show. West's scheduled appearance in L.A. was supposed to make up for his Nov. 3 show, which he ended early but because he lost his voice.

The outbursts are just the latest for the performer who has himself expressed interest in running for president in 2020. West is known for his infamous off-the-cuff remarks on multiple platforms, including a backstage rant on Saturday Night Live earlier this year. But he's best known for interrupting Taylor Swift's acceptance speech at the 2009 VMAs to protest her win. And in 2005, West went off-script during a telethon for Hurricane Katrina victims to criticize then-President George W. Bush.

An earlier version of this story mistakenly referred to Victor Trevino as Kanye West's publicist. Trevino is a spokesman for entertainment company Live Nation.