Accessibility links
Trump Airs Grievances, Fields Questions In Meeting With Top TV News Figures : The Two-Way The president-elect met at Trump Tower with executives and anchors from five major TV networks, where he complained about unfair coverage before taking questions about his political intentions. 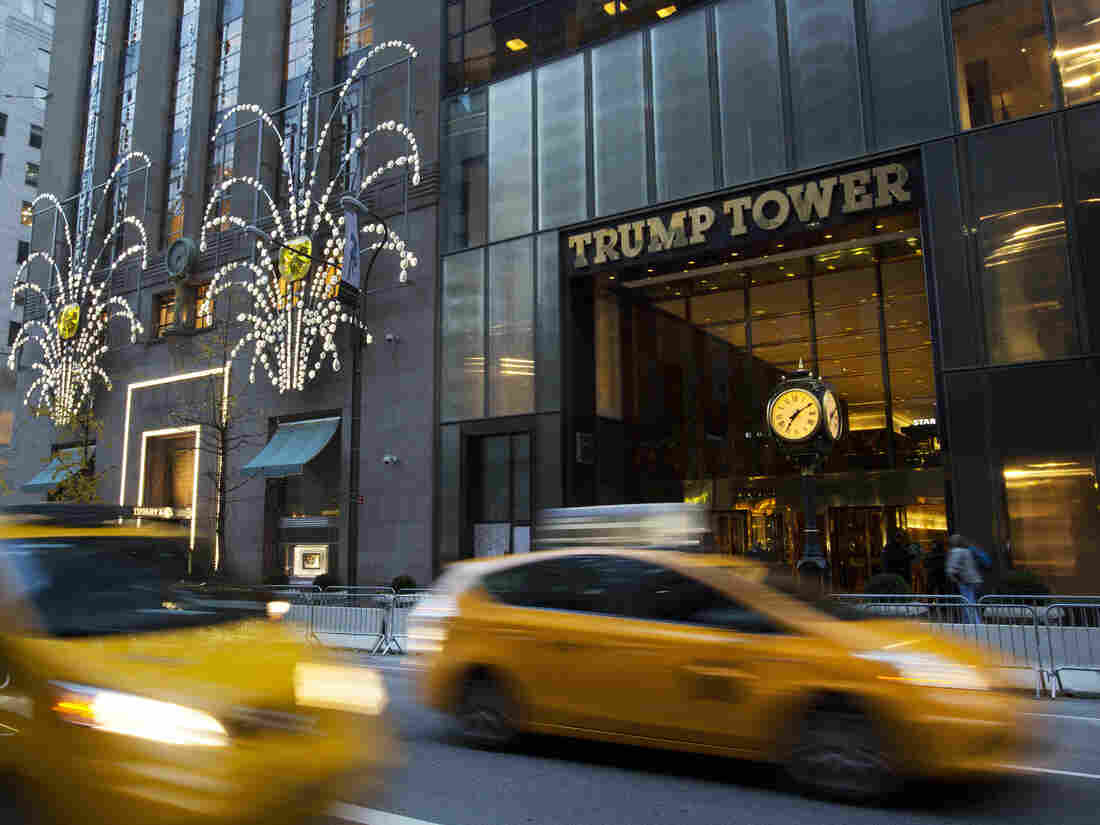 Media executives and anchors from the top five TV networks met with the president-elect at Trump Tower on Monday. Mark Lennihan/AP hide caption 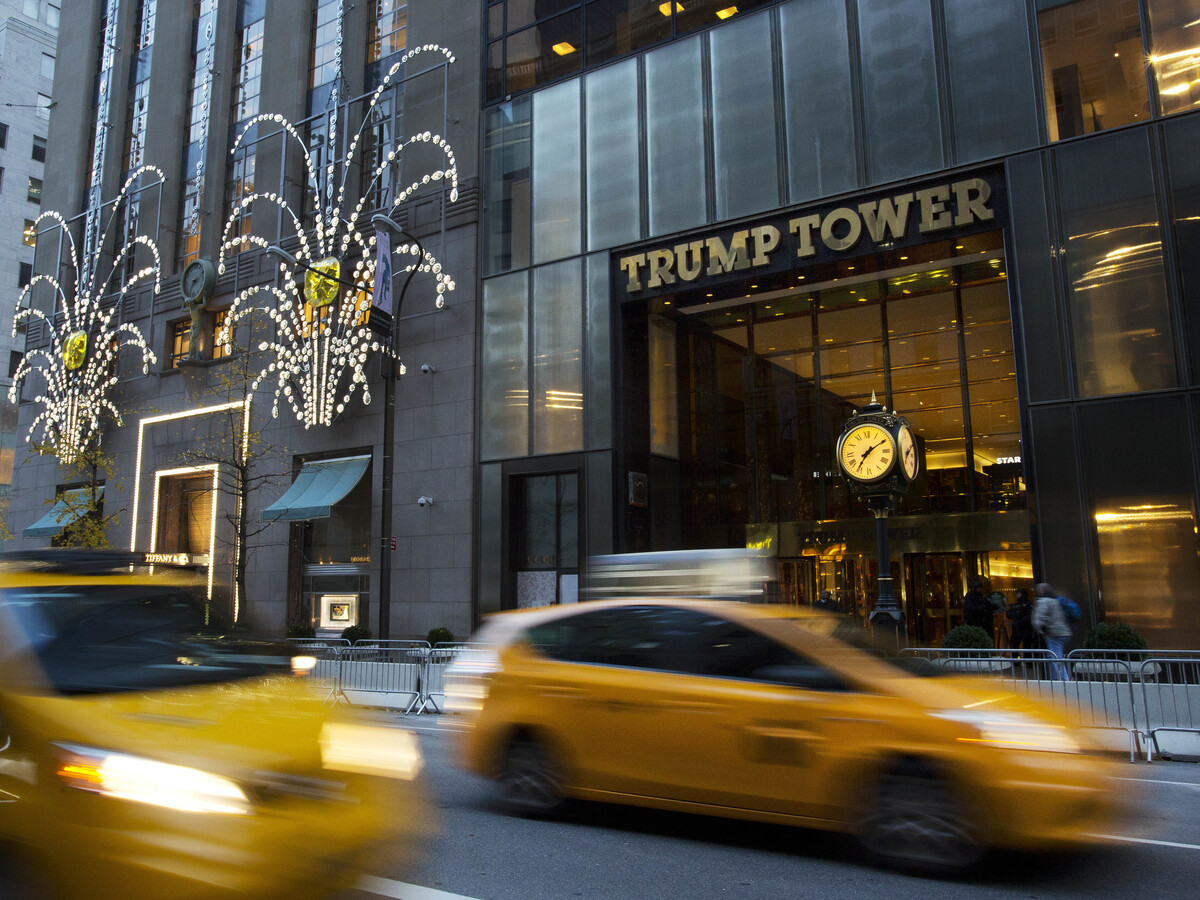 Media executives and anchors from the top five TV networks met with the president-elect at Trump Tower on Monday.

President-elect Donald Trump invited a large group of television news anchors and executives from the nation's leading networks on Monday to reset a relationship that had badly frayed during a contentious campaign.

Trump To Meet With 'The New York Times' After All

First, Trump gave them a piece of his mind. He castigated the networks for what he said was unfair coverage.

Trump, top aides and advisers including Kellyanne Conway, Reince Priebus and Sean Spicer met with executives and anchors from five major television networks at Trump Tower in New York City. In addition to admonishing the networks he also said he wanted to re-frame his relationship with the press and took extensive questions about policy and his intentions in office.

This account is largely based on an interview with an attendee who took detailed notes.

Among the participants from the news side were: ABC's George Stephanopoulos and David Muir; NBC's Lester Holt and NBC News President Deborah Turness; CBS' John Dickerson, Gayle King and Norah O'Donnell; Fox News' Bill Shine and Jay Wallace; MSNBC's Phil Griffin; and CNN's Wolf Blitzer and Jeff Zucker. The substance of the meeting was supposed to be off the record.

While an off-the-record meeting is unusual, it's not unprecedented. Presidents periodically reach out to influential journalists to shape their coverage and improve understanding of their administrations' priorities. It is not unusual for Washington bureau chiefs to meet with administration officials to discuss logistics or to iron out disagreements that arise. Such meetings are often designated off the record, though details frequently leak out.

But many participants were photographed as they entered through the Trump Tower lobby. The New York Post's Page Six gossip site had a detailed version that appeared to put the event in the most commanding light possible as Trump dressed down the nation's TV news elite.

Trump started the meeting by saying how great it was for so many network news anchors to be there, calling it unprecedented and citing it as a reflection of the importance of his election. Blitzer noted that such meetings are a fairly common annual ritual between presidents and anchors ahead of State of the Union addresses. Trump then said the presence of the executives is what made the meeting unprecedented.

Trump lit out after Zucker, criticizing his former business partner (Zucker was head of NBC during Trump's Apprentice franchise on the network). He turned then to NBC, saying it's the worst, criticizing its reporters and saying it could not even come up with a flattering picture to broadcast. His complaint: photographs showing him with multiple chins. NBC's Turness replied that wasn't true, saying it was currently using a photograph showing Trump in a very flattering way. Trump also criticized a reporter who he said was in the room, who had moderated a debate but who he had been told was very upset when Hillary Clinton lost. Presumably that was a reference to ABC's Martha Raddatz or NBC's Lester Holt.

Conway interceded to say that the new Trump administration appreciated the press corps' hard work during the campaign and wanted a reset on its relationship with the press. Trump concurred and repeated the point, though he said he dislikes the phrase "reset" because it reminds him of Clinton's initial outreach to Russia when she was starting as secretary of state.

Trump said he wants a relationship with the press that is "cordial and productive." CBS' Gayle King asked what would constitute such a relationship, but it wasn't clear what that meant beyond off-the-record meetings such as that one, according to the participant in the meeting who spoke to NPR.

In Dealings With U.N. Diplomats, Mayor Giuliani Pulled No Punches

After that first 10 to 15 minutes, according to the attendee, Trump invited questions about his policies, appointments and intentions, showing an interest in details and implications.

The participant who spoke to NPR said Trump appeared as though he was irritated but working the refs, as when President George W. Bush complained during his presidency that the press was acting as the filter of his remarks and policies. However, a second source — a network official debriefed by colleagues who attended — said it did not feel like a reset of the relationship.

The off-the-record meeting lasted about an hour. Trump later posted a video on social media — bypassing the conventional press — to explain to the public, on the record, how the presidential transition was proceeding.