Accessibility links
At Least 5 Children Die In Tennessee School Bus Crash : The Two-Way The 24-year-old driver has been arrested and charged with vehicular homicide, reckless endangerment and reckless driving for his role in the crash in Chattanooga on Monday. 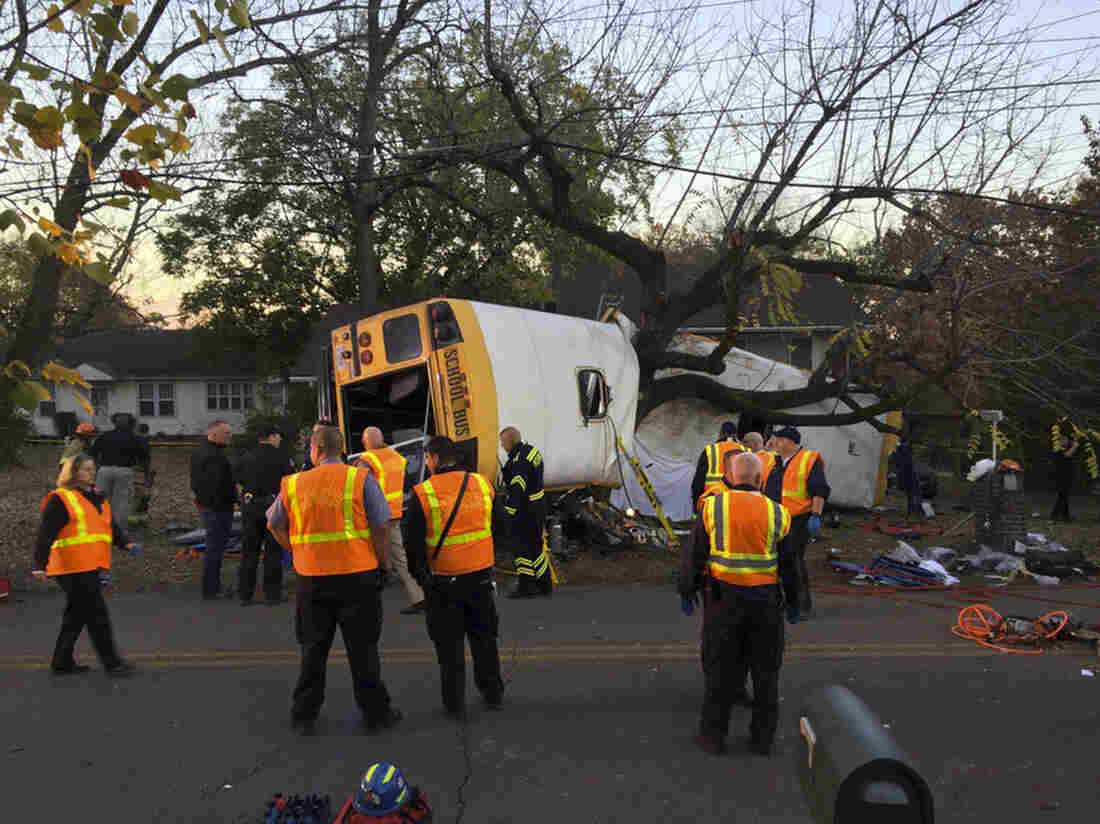 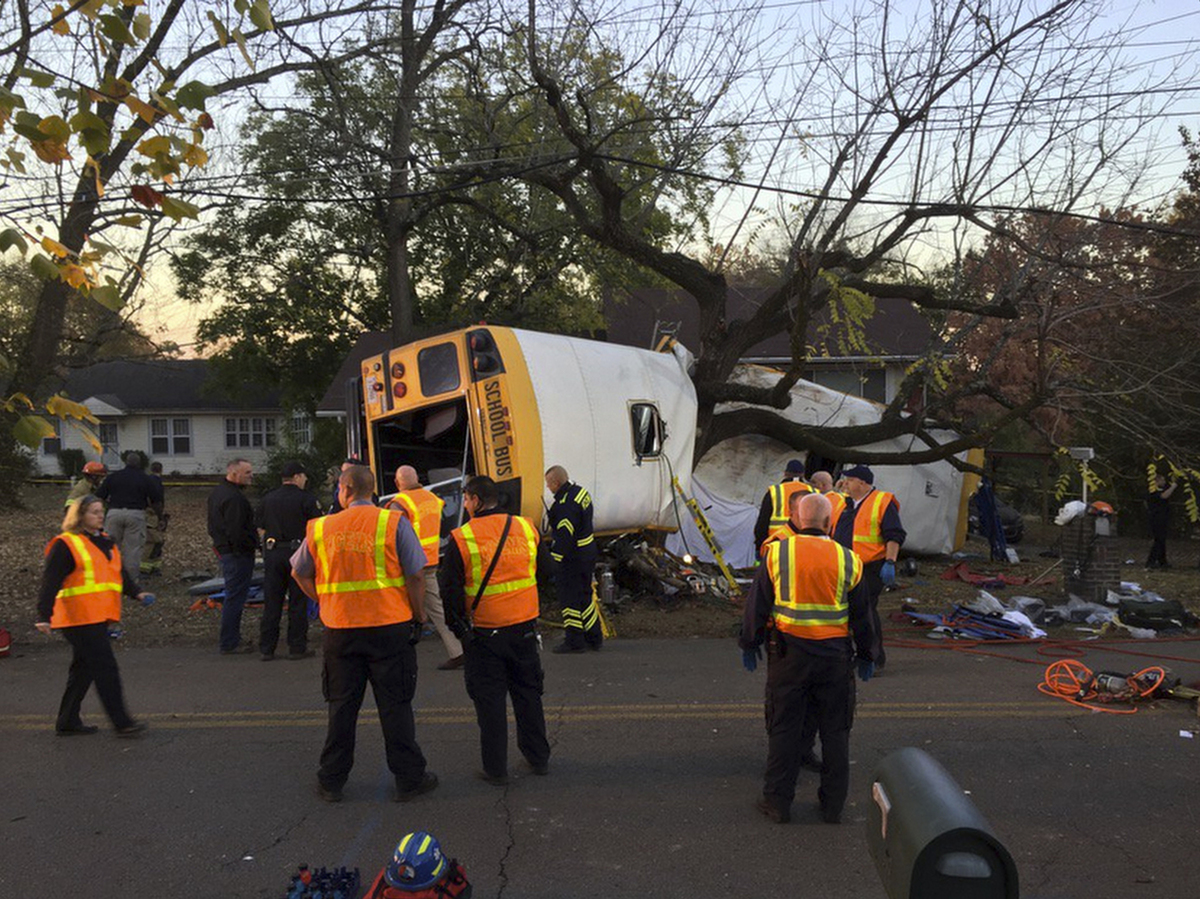 At least five children died after a school bus carrying them home from elementary school crashed Monday afternoon in Chattanooga, Tenn. About two dozen other children were injured, several critically.

The driver, identified by police as 24-year-old Johnthony Walker, was arrested and charged with vehicular homicide, reckless endangerment and reckless driving.

It's a terrible sight. The school bus was going around a curve on a winding, hilly road and ended up crashing into a tree and flipping on its side. Late into the evening, there was still debris everywhere as investigators examined the crash site.

About 35 students, from kindergarten to fifth grade, were on the bus.

The National Transportation Safety Board will investigate.Woodmore Elementary will remain open Tuesday and provide grief counselors.

Reuters, citing Chattanooga Police Chief Fred Fletcher, said speed appeared to have been a factor in the crash.

The Associated Press reports that no other vehicles were involved in the accident. It took emergency responders nearly 2 hours to remove all the children from the vehicle, the wire service says.

"Television stations reported that people lined up to donate blood and some donors were asked to make appointments for Tuesday.

"Fletcher said the families of the children who died had been notified but police would not release their names because they were juveniles.

" 'Our hearts go out, as well as the hearts of all these people behind me, to the families, the neighborhood, the school ... for all the people involved in this, we assure you we are doing everything we can,' Fletcher said."