Accessibility links
White Supremacist Found Guilty Of Murdering British Lawmaker Jo Cox : The Two-Way The brutal killing of the pro-EU Labour MP shocked the U.K. ahead of the Brexit vote. Thomas Mair did not attempt to defend himself, and evidence against him was overwhelming. 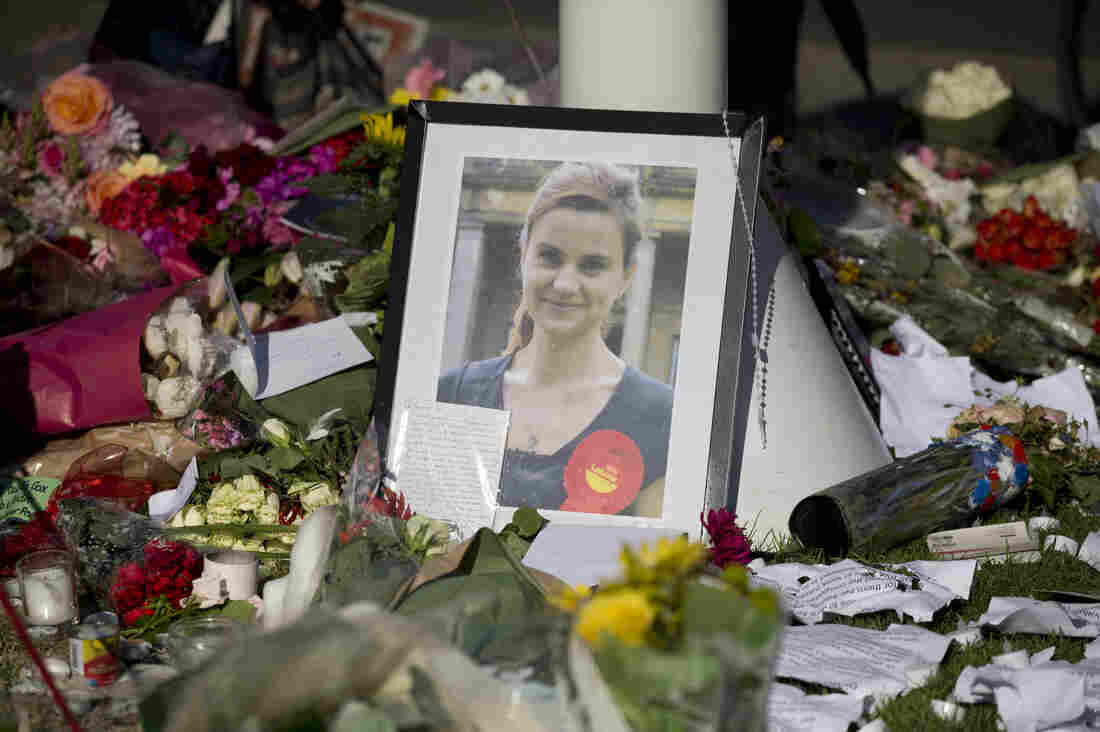 A photograph of Jo Cox, the 41-year-old Labour lawmaker who was fatally shot and stabbed in June, was among tributes in London's Parliament Square following her death. Matt Dunham/AP hide caption 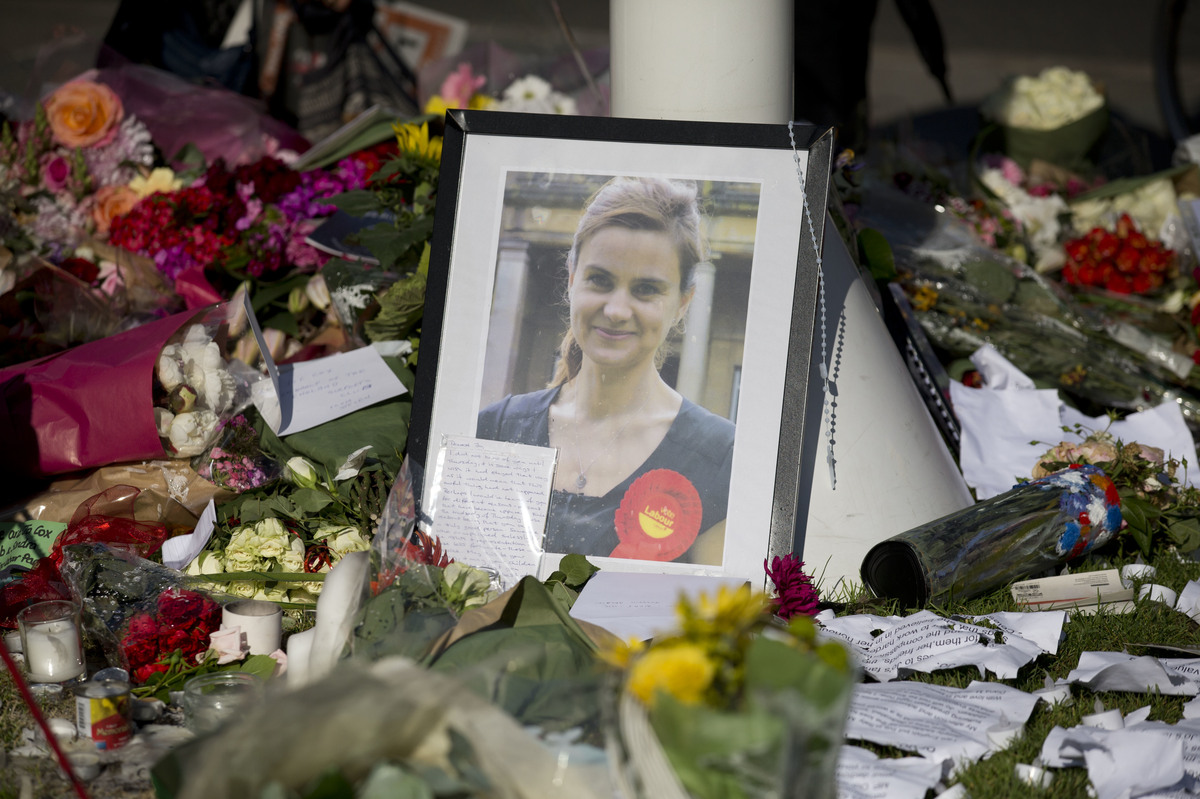 A photograph of Jo Cox, the 41-year-old Labour lawmaker who was fatally shot and stabbed in June, was among tributes in London's Parliament Square following her death.

A British jury sentenced a white supremacist to life in prison for the murder of Parliament member Jo Cox. The brutal killing of the pro-Europe lawmaker shocked the country ahead of the U.K.'s vote to leave the European Union.

Cox, a 41-year-old mother of two, was shot and stabbed in June. Thomas Mair was arrested and charged shortly after the slaying, as The Two-Way reported.

The evidence against Mair, a 53-year-old gardener, was "overwhelming," The Guardian reported. "[W]itnesses to the attack included people who had known him all his life," and "the incident was also captured on CCTV, as was his escape," the newspaper added.

Mair did not enter a plea and did not attempt to defend himself during the trial, as the BBC reported. "Before sentencing, Mair asked to speak to the courtroom but the judge declined, saying he had already had an opportunity," according to the broadcaster. Here's more:

"Judge Mr Justice Wilkie said the murder was carried out to advance a political cause of violent white supremacism, associated with Nazism.

"He said the aggravating feature was the premeditation and planning over weeks, in which he researched his intended victim, the past assassination of a serving MP and matricide, knowing Mrs Cox was the mother of young children."

Mair was also convicted of grievous bodily harm because he stabbed an elderly man who was attempting to help Cox during the attack in the village of Birstall, according to Reuters. 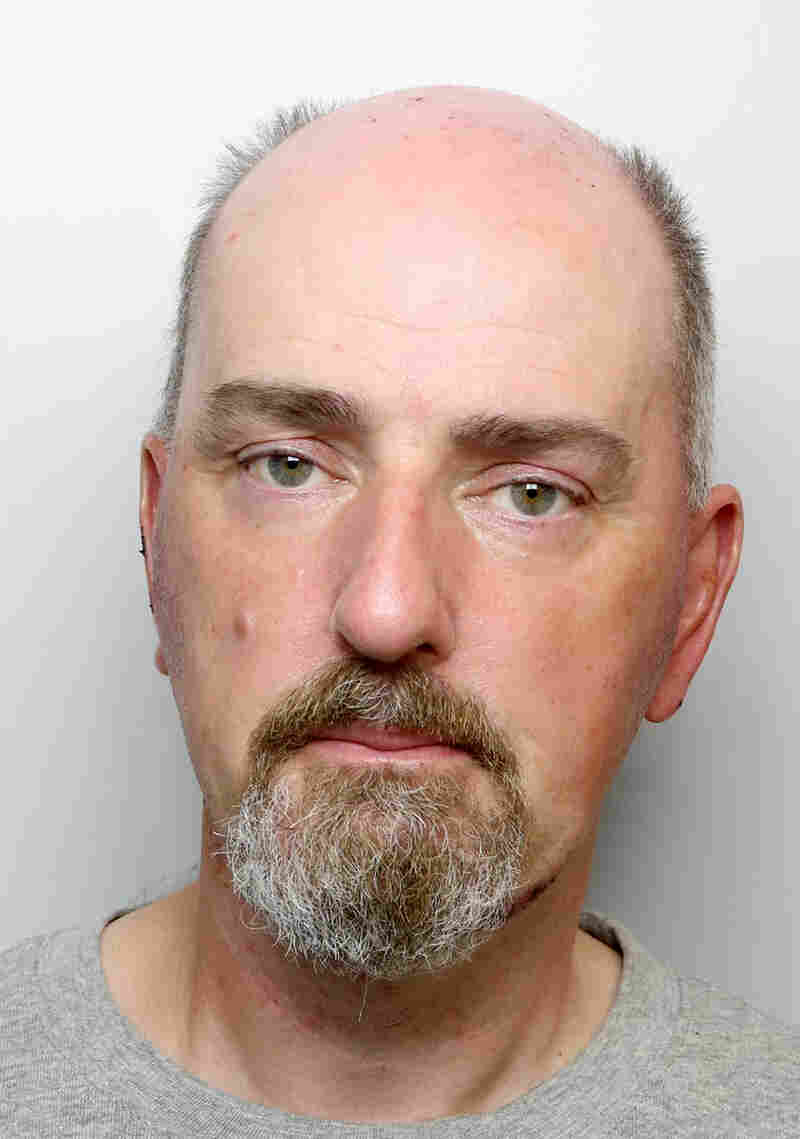 Investigators found evidence of extreme right-wing beliefs in Mair's apartment and during a search of his online activities, the Guardian said, which "showed him to be obsessed with the Nazis, notions of white supremacy and apartheid-era South Africa."

When asked his name during his first court appearance in June, Mair used the opportunity to proclaim, "Death to traitors, freedom for Britain."

During today's proceedings, the slain Labour lawmaker's husband, Brendan Cox, said their family was not motivated by retribution. "We have no interest in the perpetrator," he said in a statement to the court.

"We feel nothing but pity for him; that his life was so devoid of love that his only way of finding meaning was to attack a defenseless woman who represented the best of our country in an act of supreme cowardice."