Accessibility links
World's Tallest Waterslide To Be Demolished After Boy's Death : The Two-Way "In our opinion, it is the only proper course of action following this tragedy," Schlitterbahn Waterparks and Resorts said. A 10-year-old rider was killed on the Verrückt waterslide last August. 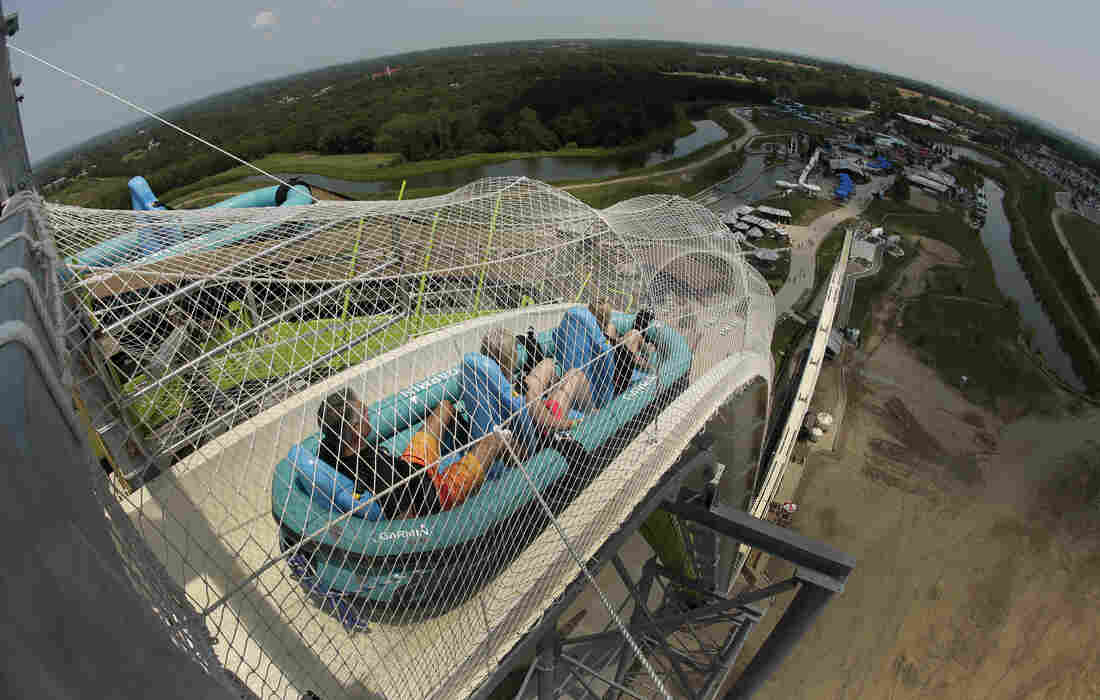 In this photo taken with a fisheye lens, riders go down the world's tallest water slide called "Verruckt" at Schlitterbahn Waterpark in 2014. Charlie Riedel/AP hide caption 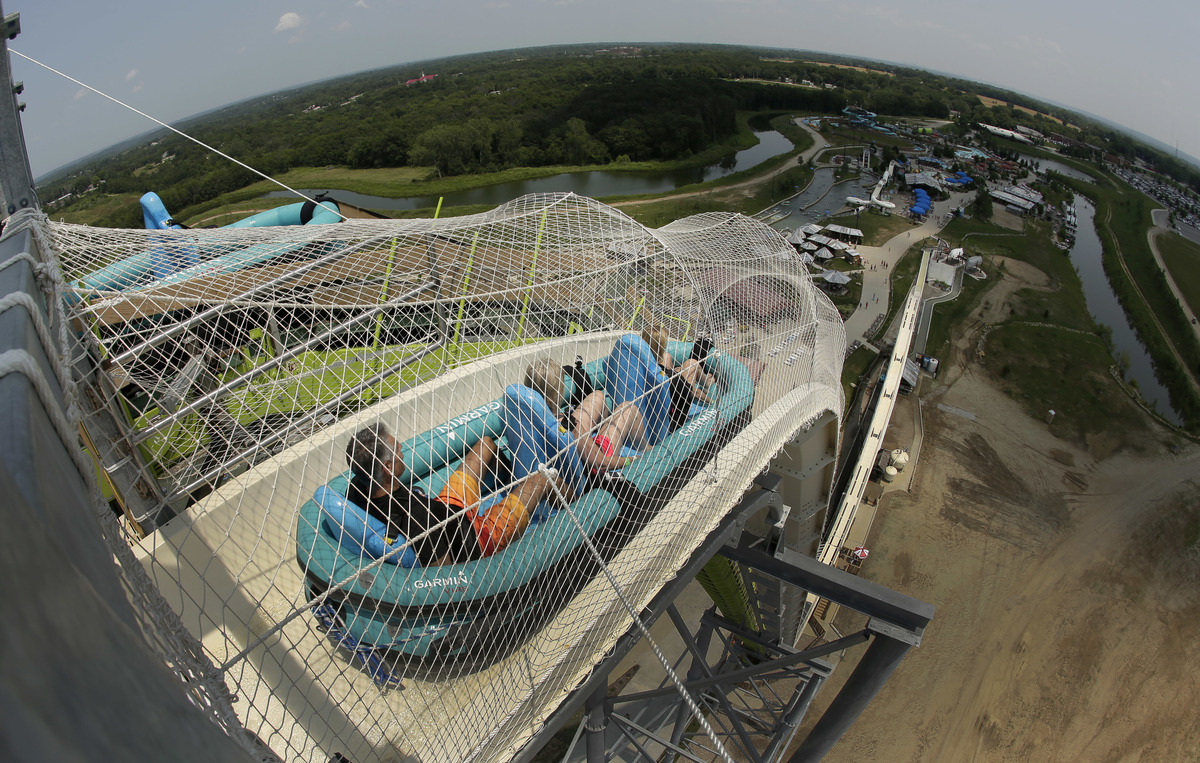 In this photo taken with a fisheye lens, riders go down the world's tallest water slide called "Verruckt" at Schlitterbahn Waterpark in 2014.

A 17-story-high water slide in Kansas City, which is billed as the world's tallest, is going to be torn down after a 10-year-old rider was killed in August.

The ride – called Verrückt, the German word for insane — has been closed since Caleb Thomas Schwab's death.

"Once the investigation is concluded and we are given permission by the court, Verrückt will be decommissioned – closed permanently and the slide removed from the tower," Schlitterbahn Waterparks and Resorts said in a statement Tuesday. "In our opinion, it is the only proper course of action following this tragedy."

Caleb suffered a "fatal neck injury," police told The Kansas City Star. His death shocked his community, and at his school he "was known to ask deep questions, enjoy modern Christian music and be pretty good at telling a joke." Two women were injured at the same time.

"Attorneys for Schwab family — Caleb's father is Republican state Rep. Scott Schwab — and the women are independently investigating the accident," according to The Associated Press. "No charges or lawsuits have been filed as of Tuesday." 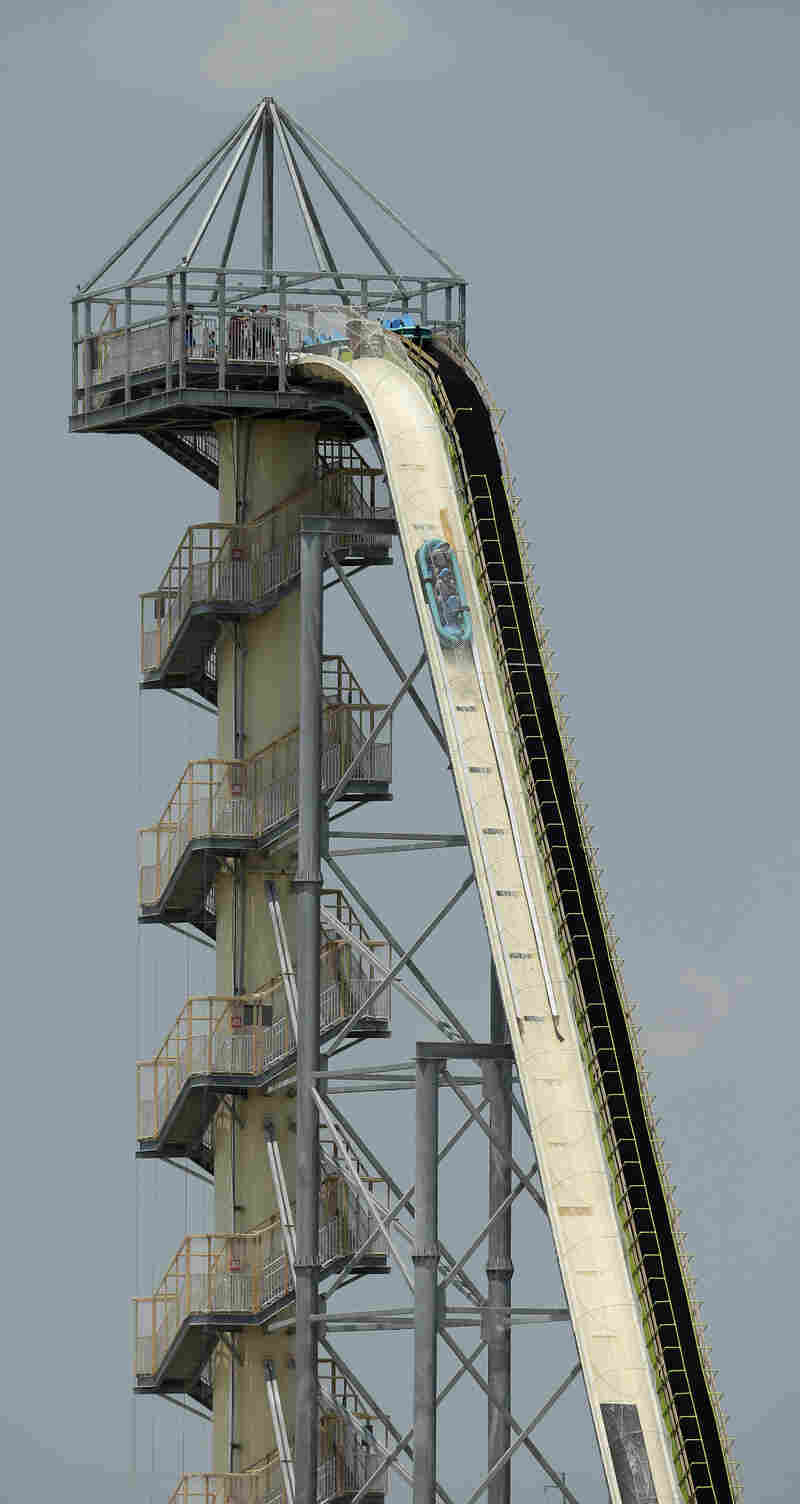 The 168-foot-tall slide opened to the public with much fanfare in 2014, though "design problems repeatedly pushed back the launch," as NPR reported. When it opened, it unseated a Brazilian slide as the world's tallest.

"[T]he slide launches people on a large raft that organizers say will reach speeds topping 60 mph before it comes to rest after completing an initial large drop that's followed by a second rise and fall," The Two-Way wrote when the slide opened.

Kansas "is known for its light regulation of amusement park rides," according to the AP, which noted that all of the water park's rides "passed private inspections in June."

Schlitterbahn said that its entire team is "heartbroken" over Caleb's death. "We continue to fully cooperate with investigative teams and work with the families, their attorneys and our staff impacted by this accident," it added.