Accessibility links
Colombia And FARC Rebels Sign Revised Peace Deal : The Two-Way Nearly two months after Colombians voted to reject a peace accord, the two sides have signed a modified agreement to end more than 50 years of conflict. 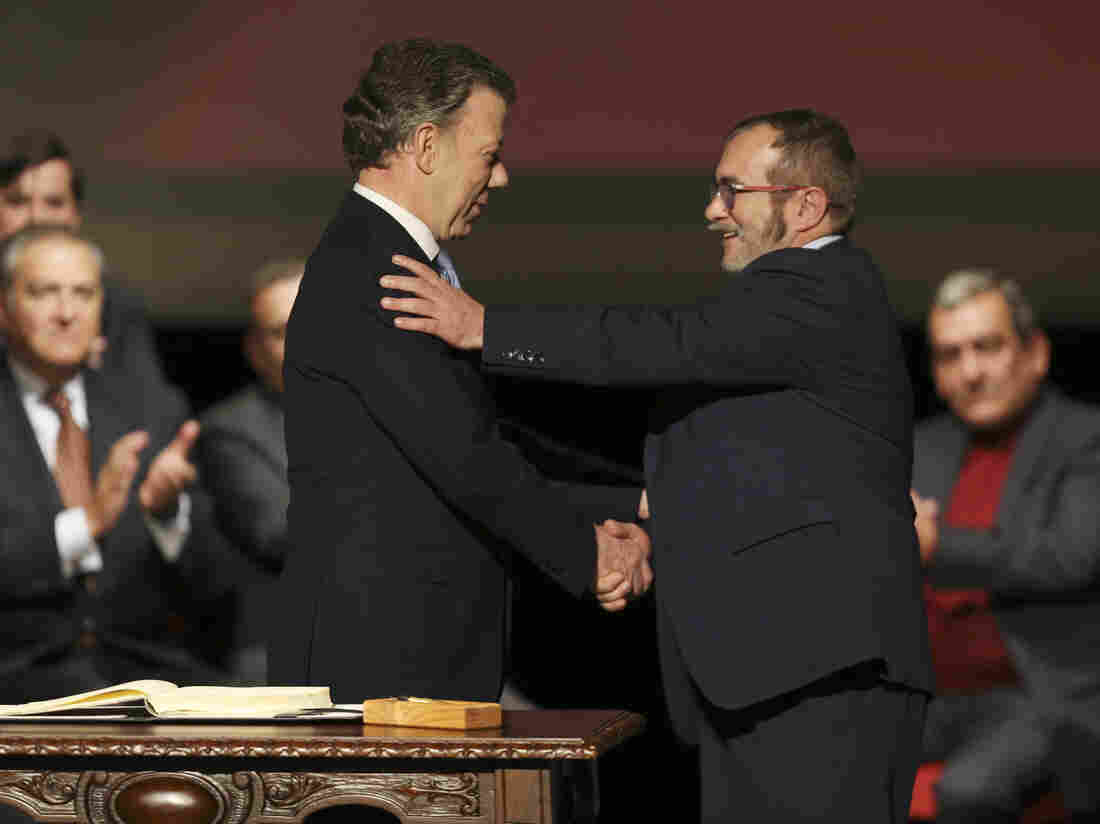 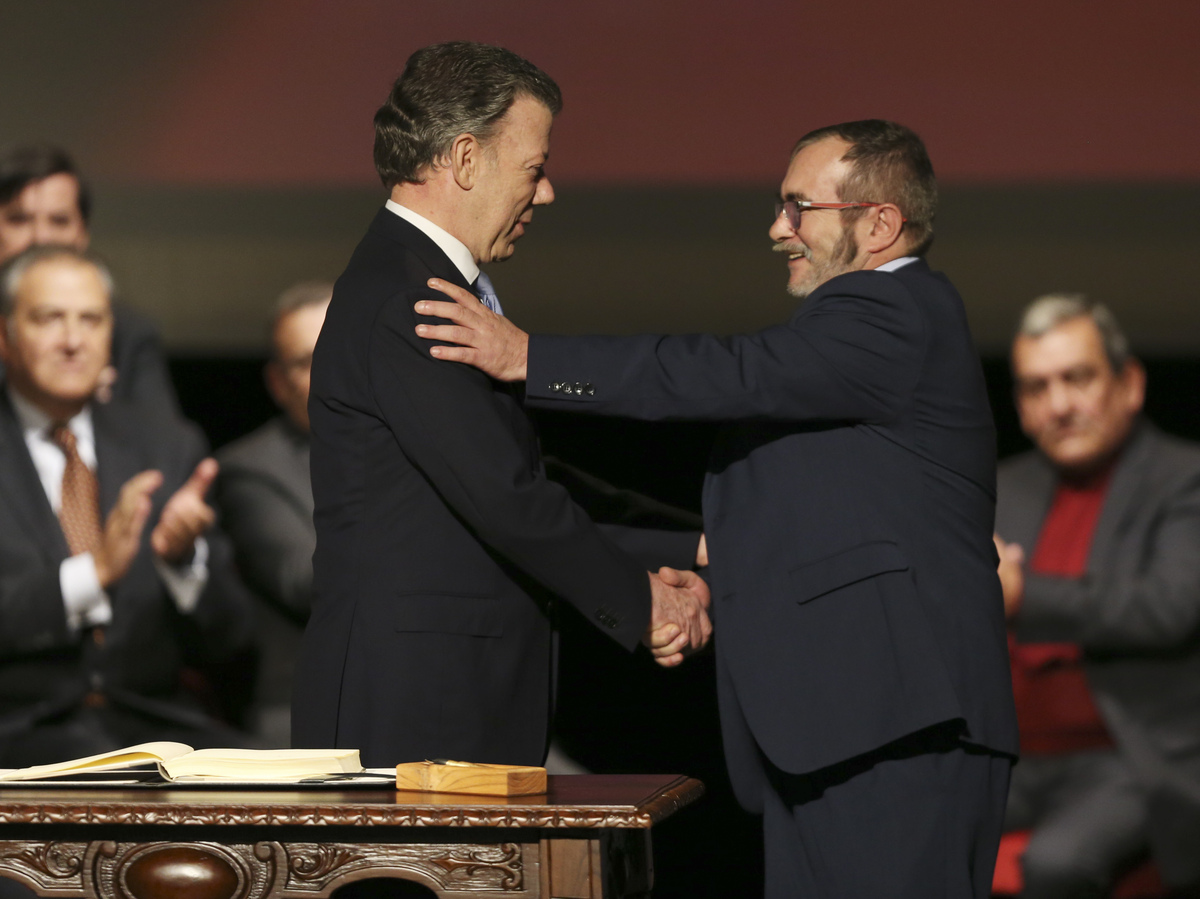 Colombian President Juan Manuel Santos and Rodrigo Londono, the leader of the Revolutionary Armed Forces of Colombia or FARC, signed a new peace agreement Thursday, despite lingering opposition to the deal.

The accord, which was struck earlier this month, follows an October referendum in which the country narrowly voted to reject a peace agreement reached in September.

Voters opposed the September peace deal for its "perceived leniency toward FARC fighters," as my colleague Colin Dwyer wrote, but Santos was still awarded a Nobel Peace Prize for his efforts.

This time, the peace deal will not be put to a country-wide vote. Instead it will go to Colombia's Congress for ratification, the Associated Press reports:

The new accord introduces some 50 changes intended to assuage critics led by still-powerful former President Alvaro Uribe. They range from a prohibition on foreign magistrates judging crimes by the FARC or government to a commitment from the insurgents to forfeit assets, some of them amassed through drug trafficking, to help compensate their victims.

The AP said the deal could be ratified "as early as next week." Members of Uribe's party, however, who wanted harsher punishment for FARC rebels, are calling for "protests to denounce what they say is a 'blow against democracy,' " the AP said.

The BBC reported the Thursday signing ceremony was "deliberately" smaller than the ceremony held for to sign the previous deal on Sept. 26. Today, about 800 people were in attendance, about a third as many as who attended the September ceremony.

Though the peace accord aims to end more than 50 years of conflict between the government and FARC rebels, the lack of unified support could complicate the already difficult task of disarming fighters and implementing the terms of the peace.

The AP says Colombia's government will have to "[ensure] that the 8,000-plus fighters don't wind up joining criminal gangs rampant throughout the country, or the much-smaller National Liberation Army."