Accessibility links
Pauline Oliveros, Composer, Performer And Pioneer Of 'Deep Listening,' Dies At 84 : The Two-Way Oliveros is best known for her experimental approach to music and sound. "Hear with your ears, listen with your heart," was her guiding principle. 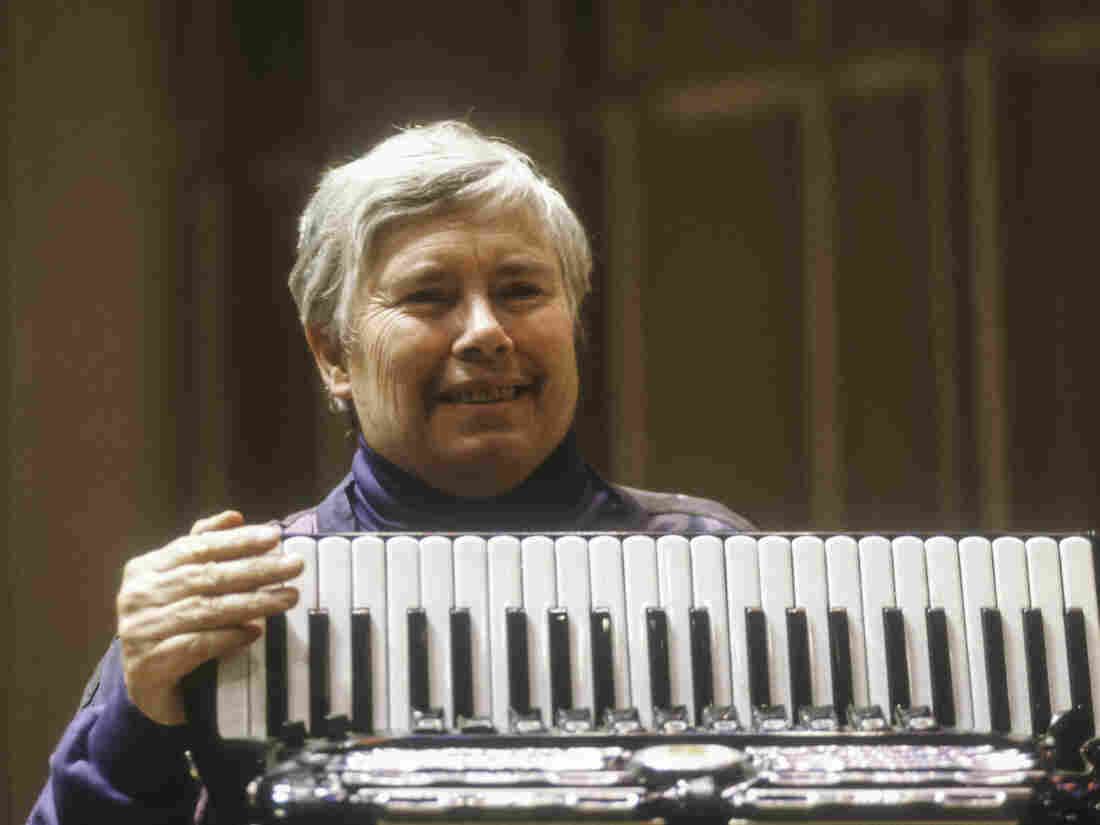 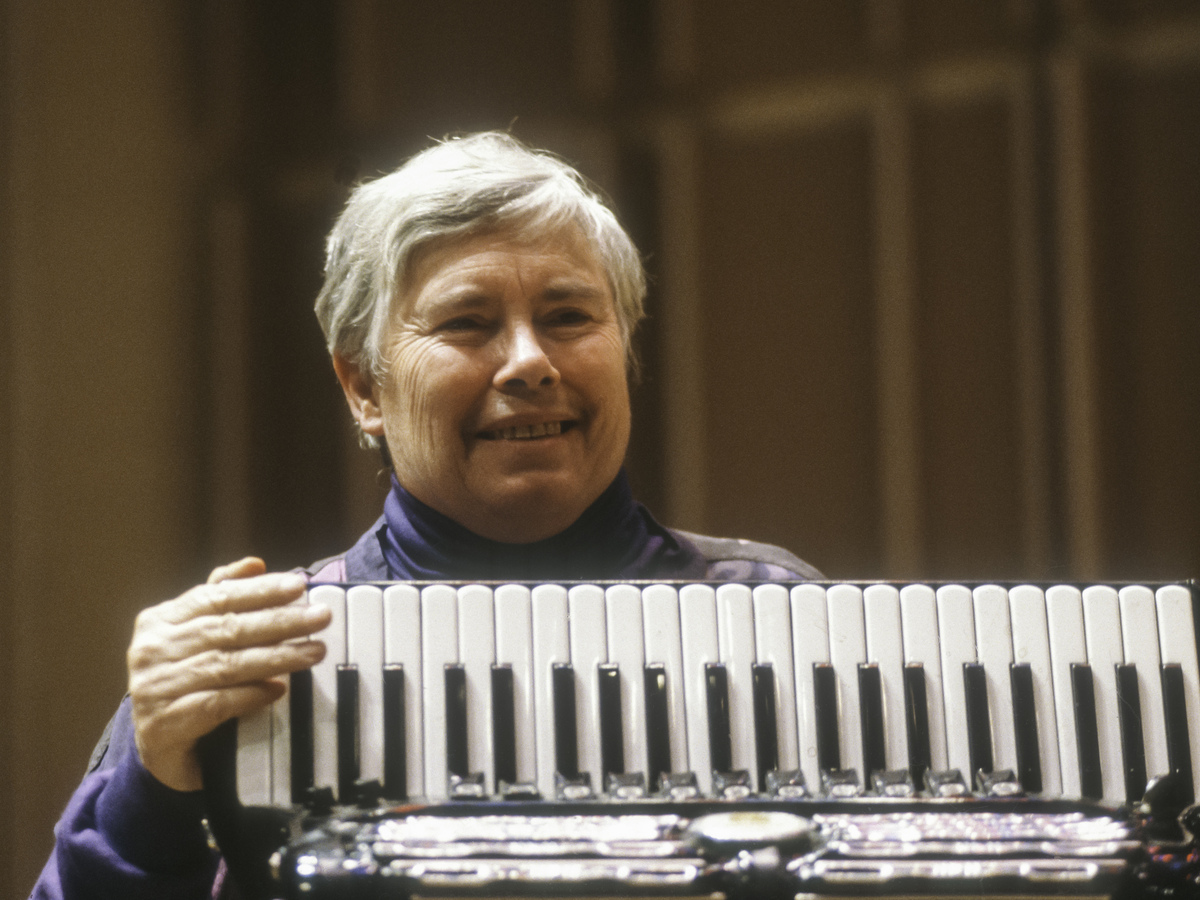 Pauline Oliveros, the composer, performer and teacher who developed a theory called "deep listening," died in her sleep Thursday. She was 84.

News of her death was first shared by musician Claire Chase on Instagram on Friday. The Deep Listening Institute, the organization Oliveros founded, confirmed her death to NPR on Saturday.

no words for this heartbreak / rest softly, you perfect beautiful soul #paulineoliveros (1932-2016)

Oliveros is best known for her experimental approach to music and sound. "Hear with your ears, listen with your heart," was her guiding principle, according to NPR member station KQED. The station's profile of Oliveros accompanied a 2012 Spark podcast episode about Oliveros' life and work. It described her as an "Oakland-based teacher, composer, performer and musical ambassador" who was "deeply attuned to the meditative qualities of sound."

In a 2003 interview with American Public Media's American Mavericks, she described how sound influenced her from an early age:

"I lived in Houston, Texas. I was born in 1932 and grew up at a time when humans had less impact on the environment than they do today. I mean, now the frogs are leaving and vanishing. The frogs in my childhood could be heard loud and clear. Then of course, now so much is paved over with asphalt and cement that the cicadas are trapped and can't get out. But you can still hear wonderful stereophonic cicada sounds in Houston as you walk or drive down the street. And all of those sounds were very important to me in childhood."

Starting in the 1960s, she "pioneered the electronic and improvisational mediums, creating theories of 'sonic meditation' and 'deep listening,' " KQED wrote. She co-founded the San Francisco Tape Music Center, which later became the Center for Contemporary Music at Mills College. There, KQED said, she taught music for years and "practiced deep listening techniques with fellow musicians using her bandoneon (an accordion-like instrument)."

Oliveros' website defines deep listening as a way to explore "the difference between the involuntary nature of hearing and the voluntary, selective nature – exclusive and inclusive — of listening." Part of this listening includes being aware of small sounds, including vibrations.

As Lucas Willard of member station WAMC wrote Saturday, Oliveros spoke to the station about the importance of "perceiving vibrations" in May. She said, "Even though the newborn has trillions of neurons, by the time they're eighteen months old they've lost quite a bit, because they're focusing on exclusive sounds of speech. So that sort of takes you away from the sensation of sound."

A 2012 Guardian profile on Oliveros said her mantra was: "Listen to everything all the time and remind yourself when you are not listening."