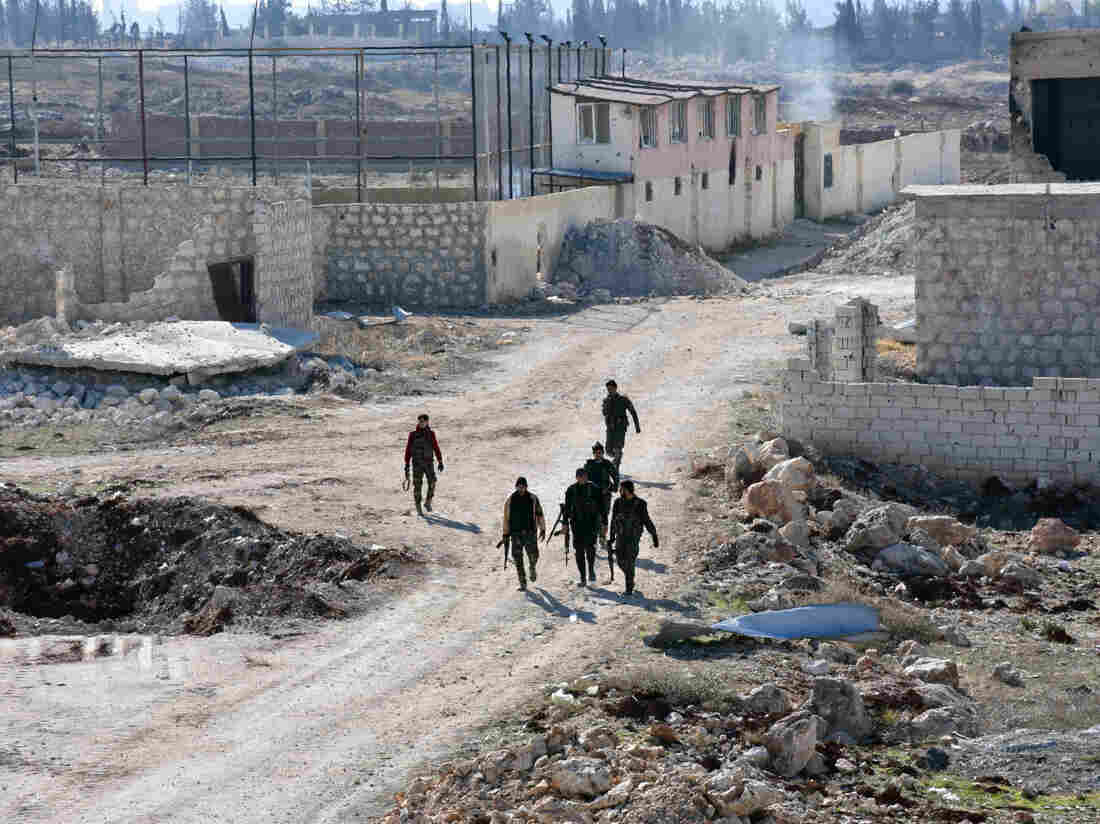 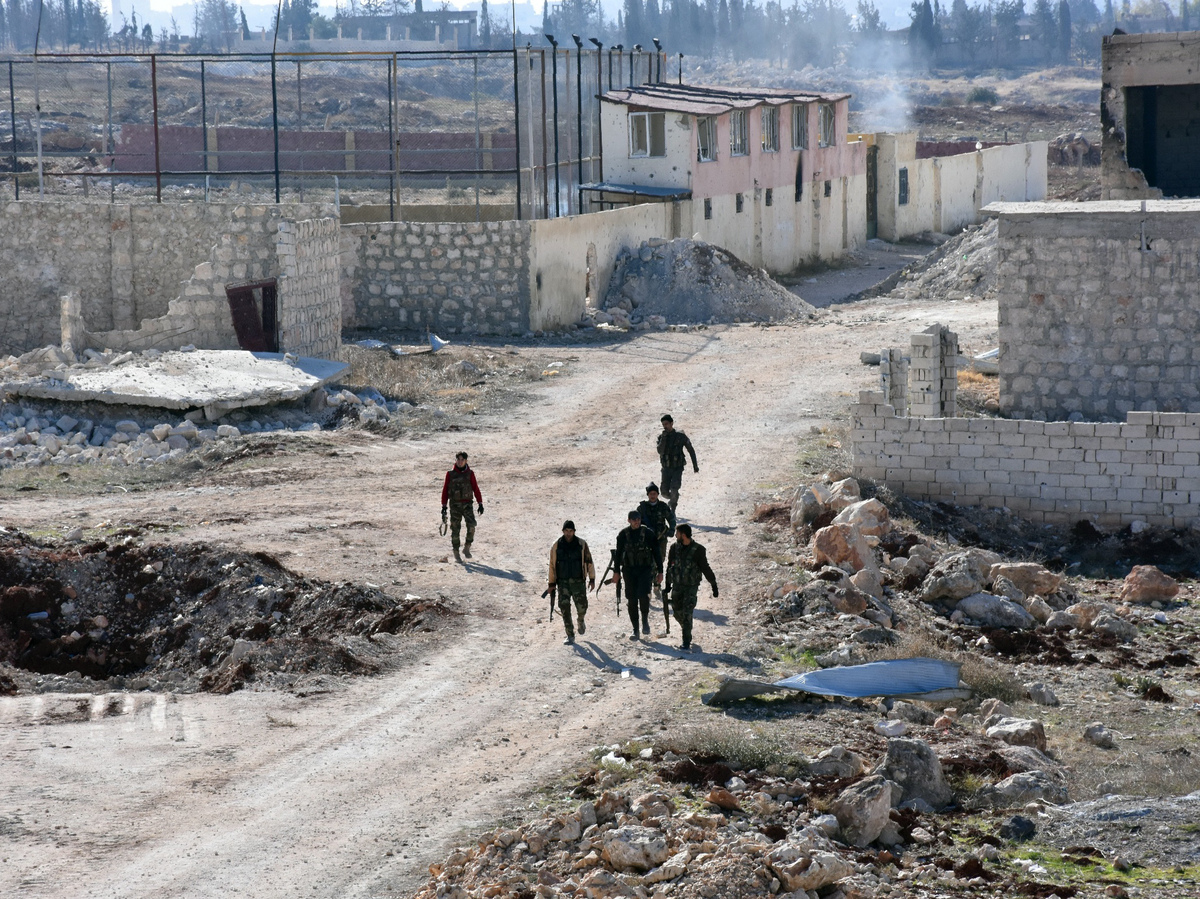 In the Syrian city of Aleppo, forces loyal to Bashar al-Assad have established full control of the largest rebel-held district, Masaken Hanano, according to Syria's state news agency.

The government fighters are moving to take back the battered eastern side of Aleppo that has been largely under rebel control since 2012. NPR's Alison Meuse reports Assad's forces are "pressing to split the besieged side of Aleppo in two." The BBC said, "Syrian forces regained [Masaken Hanano] on Saturday — a move making it easier for them to isolate the northern districts of east Aleppo from the southern ones."

Alison reports: "A Syrian rebel spokesman confirmed the advances and said he anticipated a regime push to capture the adjacent districts, and sever the siege in two."

On Sunday, the Syrian Observatory for Human Rights reported airstrikes on those area. NPR is working to confirm reports that a second rebel-held district may have fallen to government forces.

Earlier this month, the Syrian government renewed its offensive to take back the besieged eastern half of Aleppo, where more than 250,000 civilians — desperate for food and supplies — have been trapped for months. The government forces have tried to cut off supply lines to rebel-held parts of the city.

The BBC wrote that capturing the entire city of Aleppo "would be a major victory for Syrian President Bashar al-Assad after six and a half years of conflict."

Capturing Masaken Hanano is an important strategic and symbolic victory for the government forces. Alison says:

Masaken Hanao was the first district the rebels captured when they launched their Aleppo offensive in 2012. At the time, they vowed to take the whole city. But after four years of brutal stalemate, Assad's forces have managed to encircle the rebel-held side of the city—which the UN says is home to a quarter of a million people. Only a trickle of families have managed to escape the siege and local residents say they're paying $500 a person to flee.

Since government forces took control of Masaken Hanano, more than 400 people fled to the regime-held area overnight, according to the Syrian Observatory for Human Rights.