Accessibility links
Francois Fillon Wins France's Conservative Presidential Primary : The Two-Way Fillon defeated the more moderate Alain Juppé. Fillon will face candidates from the left and the extreme right in the French presidential election next May. 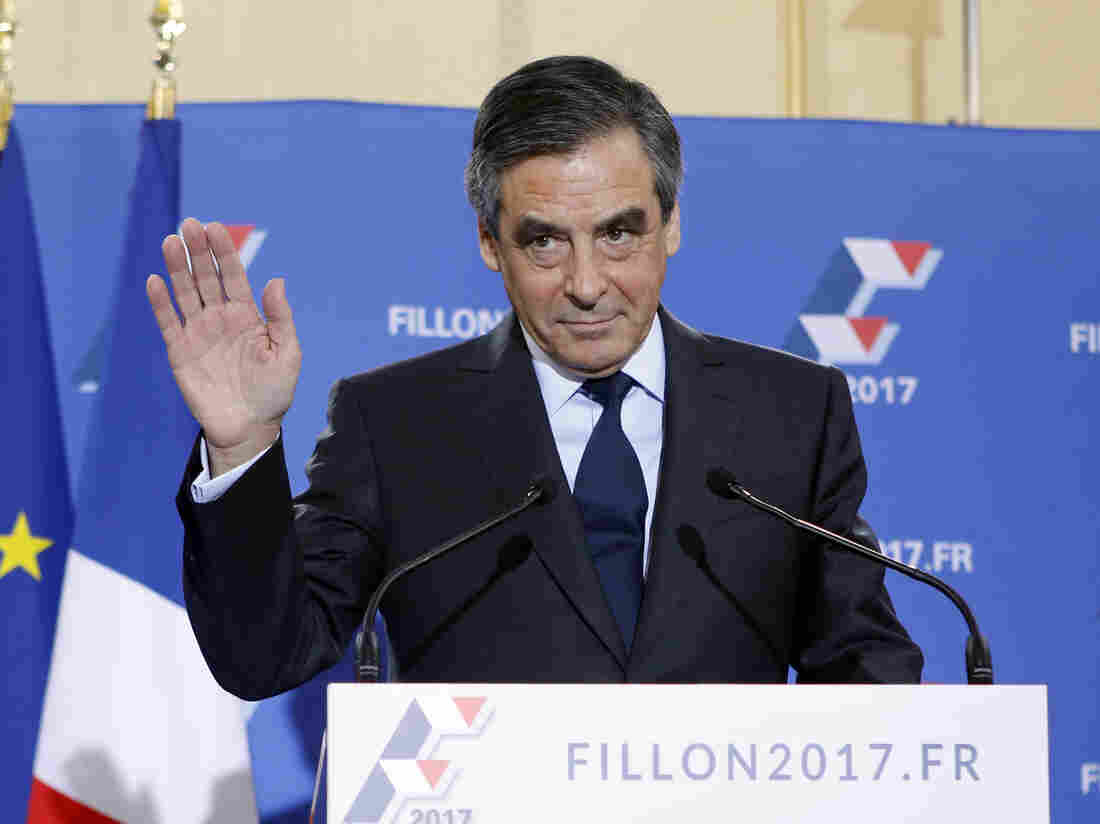 Francois Fillon waves before delivering a speech after the conservative presidential primary on Nov. 27, in Paris. Kamil Zihnioglu/AP hide caption 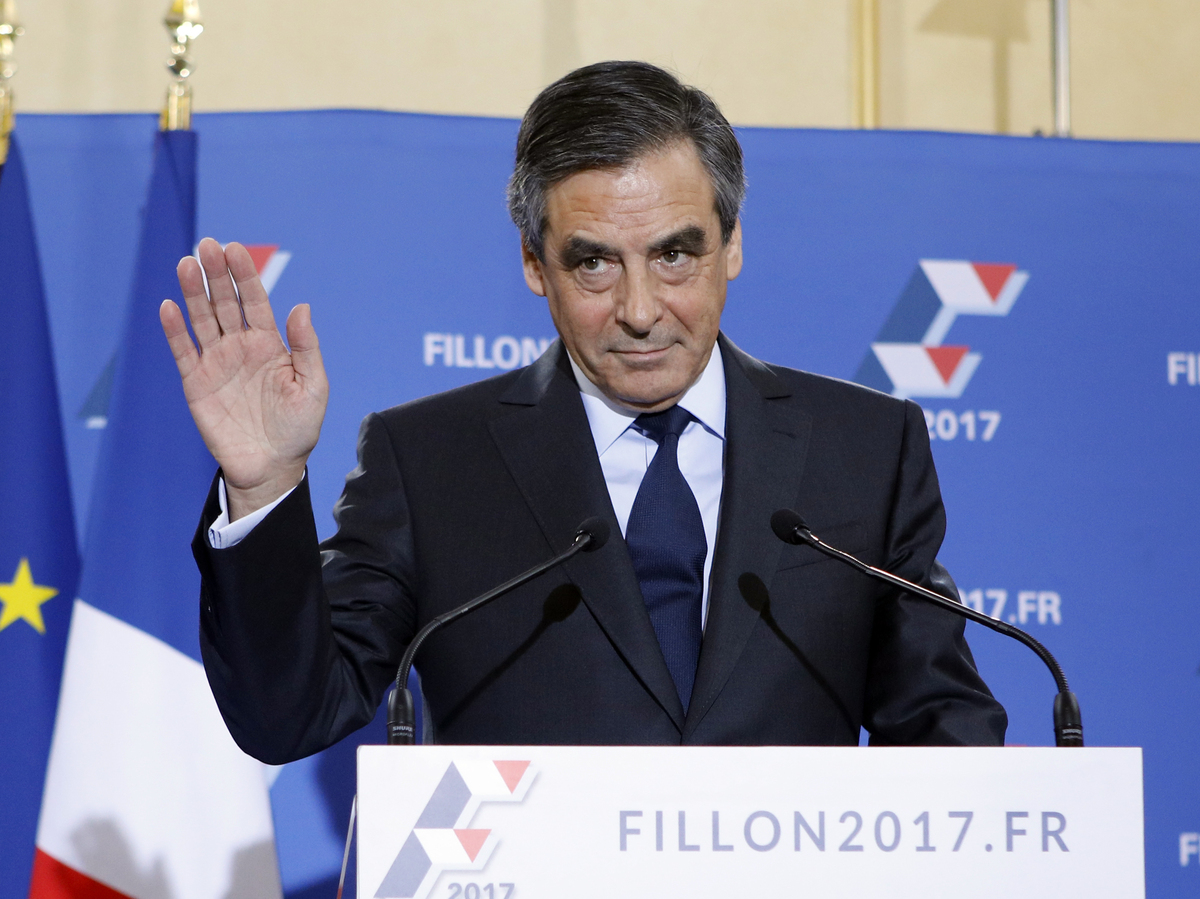 Francois Fillon waves before delivering a speech after the conservative presidential primary on Nov. 27, in Paris.

In France's presidential primary election for the mainstream conservative party, Alain Juppé conceded defeat to Francois Fillon. The 71-year-old Juppé congratulated Fillon, 62, on a "wide victory," according to The Associated Press.

The AP reported the election results showed Juppé winning 32 percent of the vote compared to Fillon's 68 percent. Fillon had surged "in popularity in recent weeks over longtime favorite" Juppé, the news service said.

Fillon, whose policies fall further to the right than those of Juppé, will face candidates from the left and the extreme right in the French presidential election next May. NPR's Eleanor Beardsley reports, "With the left in disarray and the far right still too marginal, analysts say the winner of the conservative primary, Fillon, will likely become the next French president."

Current French President Francois Hollande's own prime minister, Manuel Valls, has said that he hasn't ruled out opposing the president in next month's left-wing primaries, reports Jake Cigainero for NPR. He tells our Newscast unit:

"The left-leaning Socialists have lost so much public support under Hollande that the Republicans are expected to win the presidential elections. Republicans see Marine Le Pen and her extreme National Front as their biggest opponent and are already preparing for a showdown next spring."

Eleanor said both Fillon and Juppé served as ministers in the government of former President Nicolas Sarkozy, and both pledged to "drastically reform the French economy." But they differ in their approaches to multiculturalism and foreign policy. She said:

"Fillon is more socially conservative and has won the backing of traditional family values Catholics. Fillon also wants to reestablish working relations with president Vladimir Putin and drop sanctions against Russia. Juppé stresses a harmonious France based on respect for religious freedom and ethnic diversity."

Juppé says he will support Fillon in the national election.

"I finish this campaign as I began it, as a free man who did not compromise what he is or what he thinks," Juppé said in Paris on Sunday night, according to the AP.

The news service added: "Juppé is calling for unity and calm after an unusually harsh campaign in which he accused Fillon of pandering to the anti-immigrant, anti-Islam far right."