Accessibility links
Ohio State University: Suspect Killed After Knife And Vehicle Attack : The Two-Way University officials said the man struck pedestrians with a car and then got out and cut people with a butcher knife on the campus in Columbus, Ohio. Eleven people were taken to hospitals. 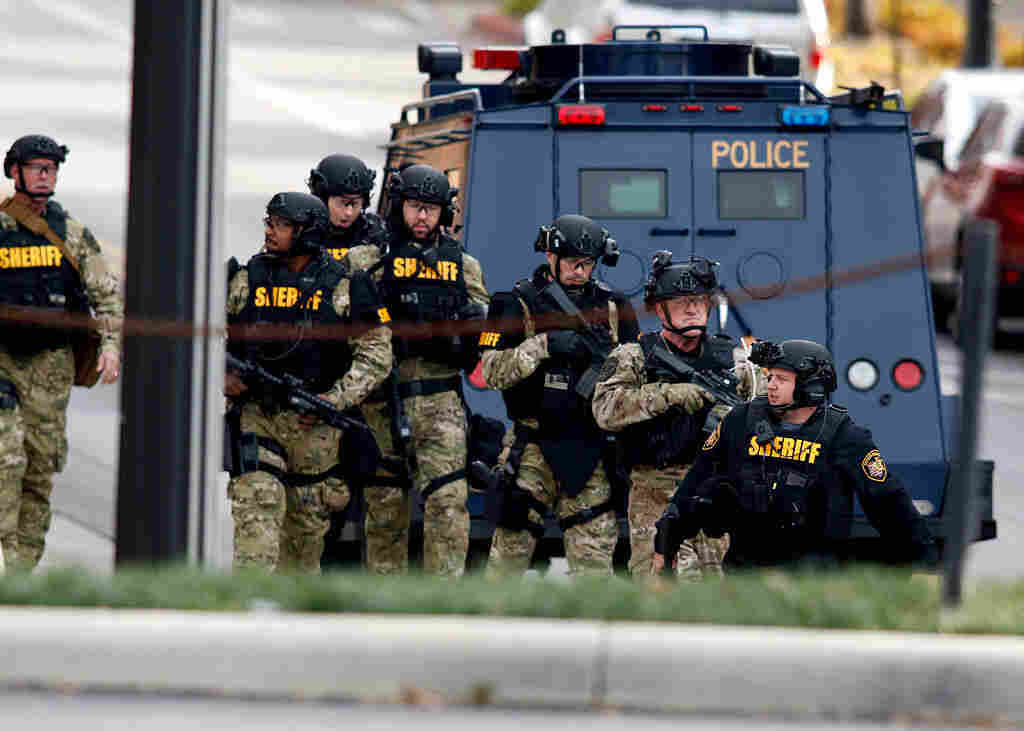 Law enforcement officials outside of a parking garage on the campus of Ohio State University as they respond to an active attack on Monday in Columbus, Ohio. Paul Vernon /AFP/Getty Images hide caption

A man was shot and killed Monday after he struck a group of pedestrians with a car and then got out and cut people with a butcher knife on the Ohio State University campus in Columbus, Ohio, according to university officials.

Eleven people were taken to three local hospitals, Andrew Thomas, the chief medical officer for OSU's Wexner Medical Center, said at a news conference. One of those injured was in critical condition.

Some of the victims were injured when they were hit by the car, while others sustained stab wounds, Thomas said.

Officials later identified the suspect as Abdul Razak Ali Artan, who they say was an OSU student. They added that they believe he was the only attacker.

OSU Director of Public Safety Monica Moll provided this timeline of how the attack unfolded:

"We're very fortunate that an OSU PD officer was there and took quick action," Moll said, "and we believe that injuries were minimized as a result of that." Police later identified the officer as Alan Horujko.

According to The Lantern, OSU's newspaper, Hurujko is a 2012 graduate of the university and joined the campus police force last year.

Ohio State University Police Chief Craig Stone said this was a deliberate attack. "To go over the curb and strike pedestrians, and then get out and start striking them with a knife — that was on purpose," he told reporters during the news conference.

The victims have not been identified. Law enforcement also has not commented on a potential motive for the attack.

Multiple law enforcement divisions were part of the response. Columbus Ohio Police said SWAT, K-9 units, negotiators and a helicopter unit were on the scene, with OSU Police taking the lead in the situation. The ATF's Columbus Field Division said it also sent agents.

At 11:30 a.m., the emergency management division tweeted that the scene was secure and shelter-in-place warnings had been lifted. 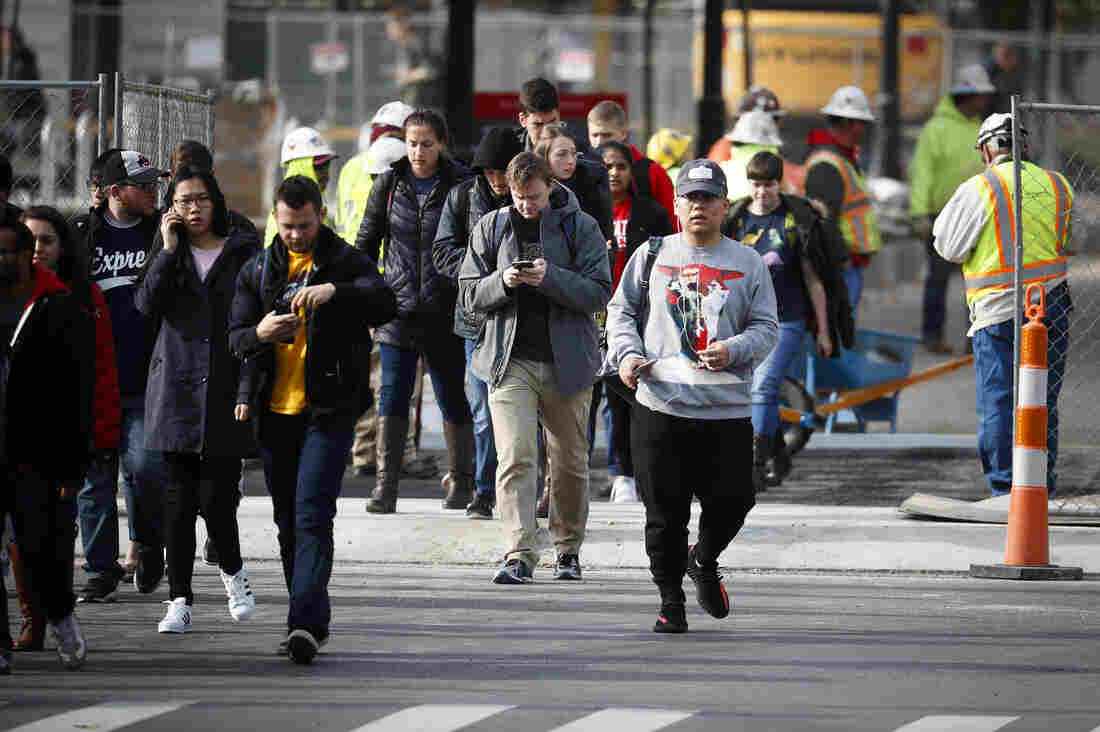 Artan, the suspect who was killed, was Somali-born and appears to have been part of a refugee resettlement program about two and a half years ago, reports member station KERA. Someone by his name spent a few weeks in Dallas, along with his family, learning language and work skills before moving to Ohio.

An OSU directory record said Artan majored in Logistics Management. He spoke with the college paper The Lantern in August and said he had just transferred from Columbus State Community College.

"I'm new here. This is my first day. This place is huge, and I don't even know where to pray," he said, and added that Columbus State had designated rooms for Muslims to pray. "I wanted to pray in the open, but I was kind of scared with everything going on in the media."

A Muslim OSU student told Esther Honig, of member station WOSU, that Tuesday "will be a day of trepidation" for students who wear a head scarf or are named Mohammed.

Classes at the Columbus campus were canceled for the remainder of the day, according to the emergency management division, and the immediate area around the incident remained closed.

Columbus Mayor Andrew Ginther tweeted, "We lift up the victims and first responders of the tragedy this morning at Ohio State University in our thoughts and prayers."