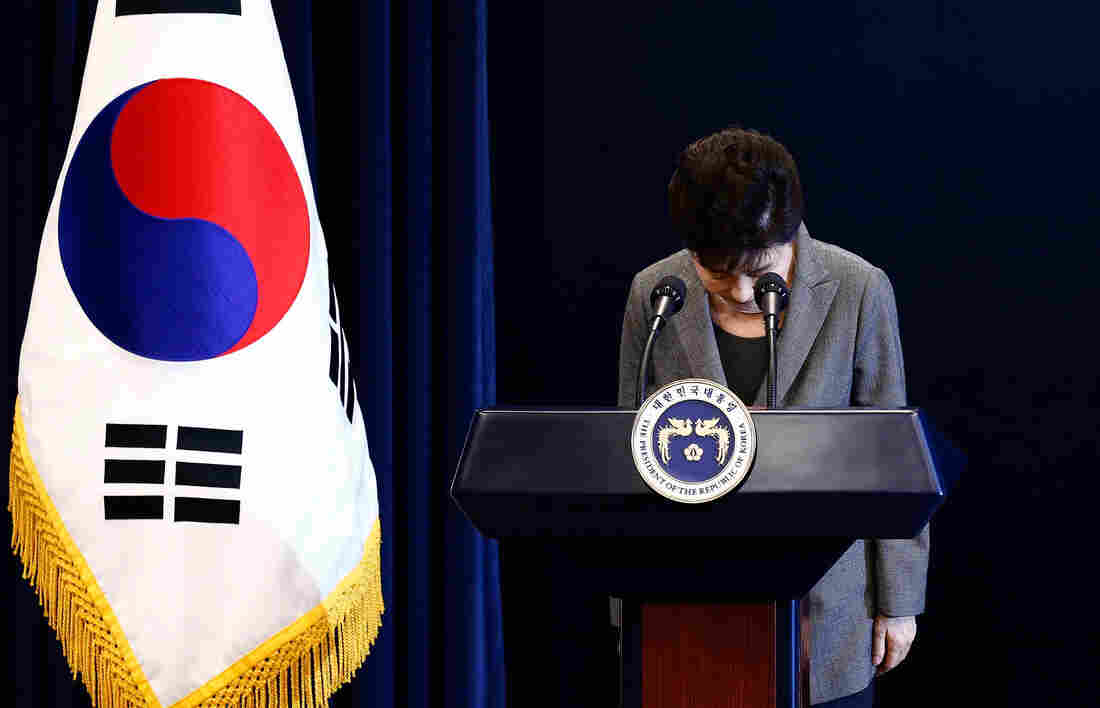 South Korean President Park Geun-Hye bows during an address to the nation, at the presidential Blue House in Seoul. South Korea's scandal-hit president said Tuesday she was willing leave office before the end of her term and would let parliament decide on her fate. Pool/Getty Images hide caption 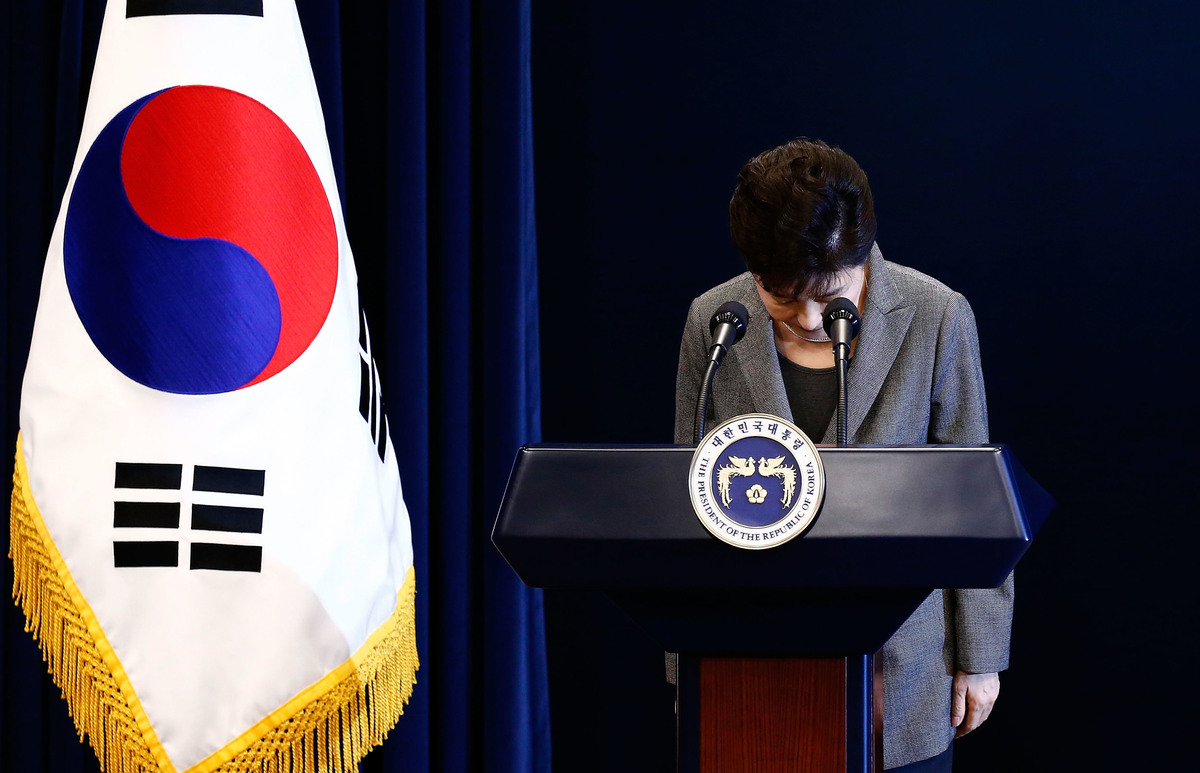 South Korean President Park Geun-Hye bows during an address to the nation, at the presidential Blue House in Seoul. South Korea's scandal-hit president said Tuesday she was willing leave office before the end of her term and would let parliament decide on her fate.

South Korean President Park Geun-hye — facing demands for her ouster because of a corruption scandal — announced she is willing to shorten her term at the discretion of the National Assembly and "step down afterwards," throwing an already tumultuous political situation here into more confusion.

Park, who has 14 months left in her five-year term, is a suspect in a sprawling criminal investigation over whether she enabled a cult-linked old friend — dubbed a "Rasputin-like" figure — to control state affairs without an official position and enrich herself along the way. Park faces growing calls for impeachment and the lowest-ever presidential approval rating since Korea became a democracy. She cannot be charged with a crime while she remains in office.

"Not for one second have I pursued my personal interests. I have lived my life without the smallest personal greed," Park said, in her third public statement since the scandal broke in mid-October. "The various problems that are happening now are projects that I had pursued, believing they were public and for the nation, and in the process I have not had any personal gain."

Park's willingness to step down — but only on a timeline determined by lawmakers — adds considerable uncertainty to the leadership crisis that's paralyzed South Korea for weeks.

"Many people will see this as Park's maneuver to buy time because she knows the conservative and progressive parties will have a tough time agreeing on anything," says Duyeon Kim, a fellow at Georgetown University's Institute for the Study of Diplomacy.

The impeachment process in the legislature, which was already getting underway this week, will continue, according to opposition lawmakers.

"The speech lacked self-reflection and repentance," Youn Kwan-suk, the main opposition party's spokesman said, according to the Yonhap News Agency. "What people want is her immediate resignation, not dragging it out and passing the responsibility to the parliament."

Impeachment is a tricky and lengthy process. The national legislature would have to approve an impeachment measure by a two-thirds vote. That would require more than two dozen votes from Park's ruling Saenuri party, which is reacting positively to Park's latest maneuver. Then, a constitutional court including justices appointed by Park would have to approve the impeachment. But now that Park has thrown her fate to lawmakers, they're faced with a slew of logistical decisions.

All those decision will likely take a lot of time, allowing Park to hold on to her job — for now.