Accessibility links
Michael Slager Takes The Stand At His Murder Trial In South Carolina : The Two-Way Former North Charleston Officer Michael Slager is on trial for shooting a black man named Walter Scott in the back. Slager testified he "fired until the threat was stopped, like I'm trained to do." 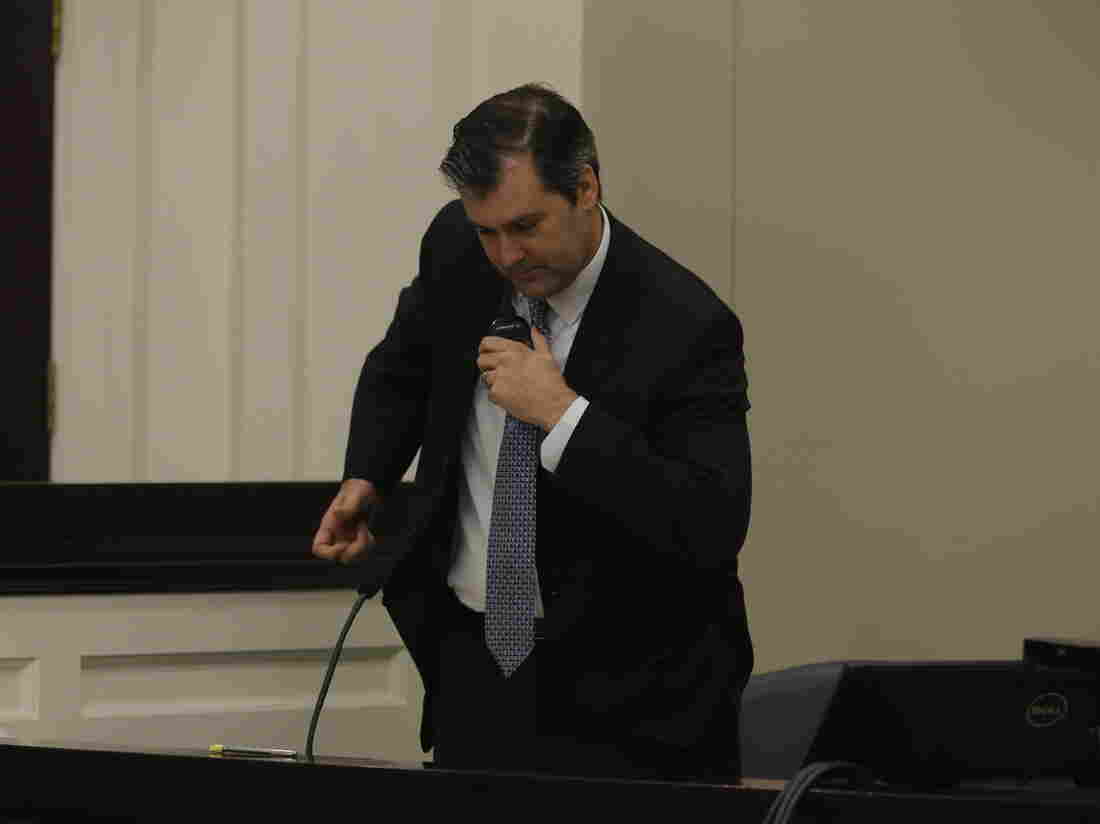 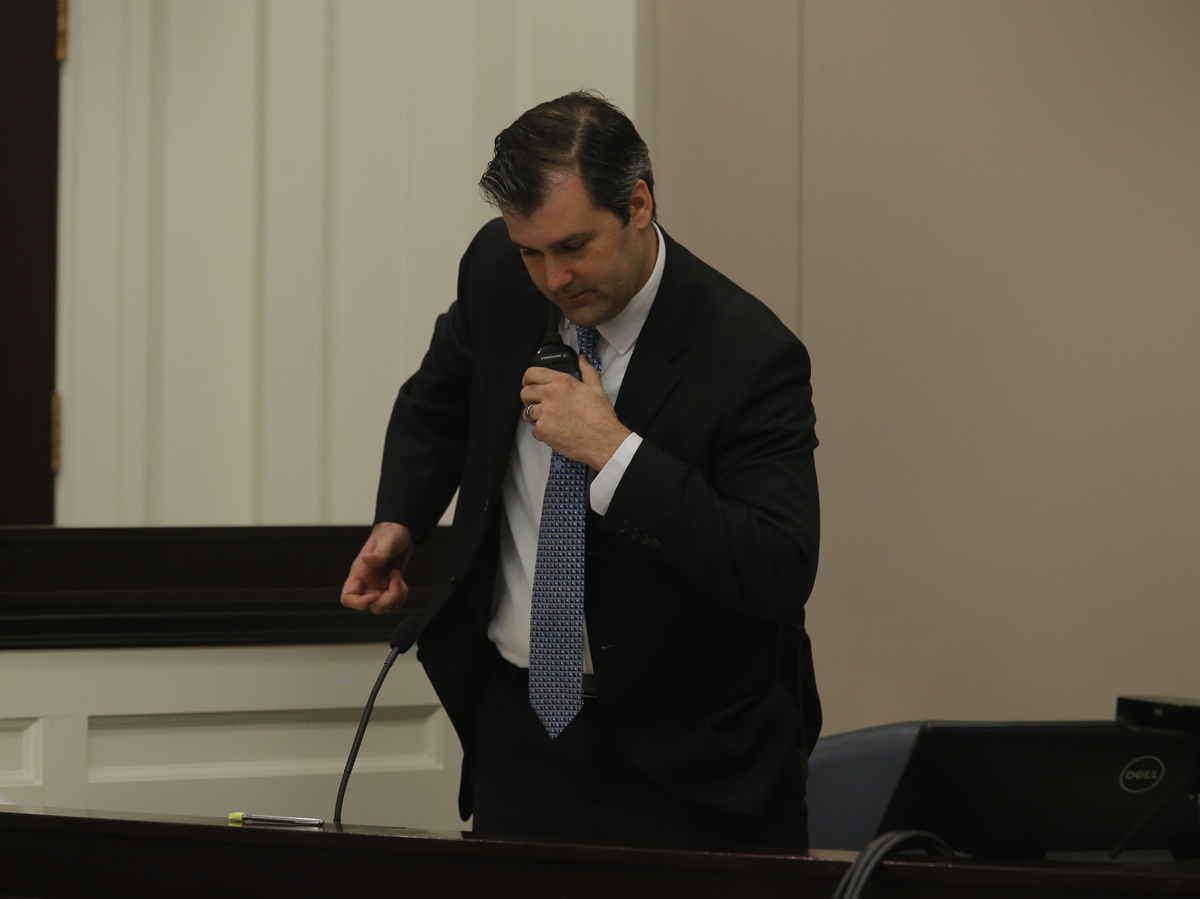 The former North Charleston, S.C., police officer charged with murder in the death of an unarmed black man during a traffic stop took the stand Tuesday to testify in his own defense.

Michael Slager is accused of gunning down Walter Scott after pulling him over for a broken taillight. If convicted, Slager could face life in prison.

The April 2015 incident was captured on two videos — one from Slager's dashcam showing the traffic stop and a second recorded by a bystander using a cellphone that showed the shooting.

As NPR's Debbie Elliott has reported, "Video from Slager's dashcam shows the officer at the driver's window, asking for Scott's driver's license and questioning him about documents for the car. After Slager returns to his patrol car, Scott jumps out of the car and runs. Slager gives chase, and there's an off-camera confrontation."

The cellphone video shows Scott running away in an empty lot when Slager fires eight rounds and shoots him in the back.

Once the bystander video was made public, the North Charleston Police Department fired Slager and a grand jury indicted him on murder charges.

On Tuesday, Slager emphasized that he had acted according to his training as a police officer, and that he had been afraid of Scott. He contended, as he has previously, that Scott had taken his Taser stun gun.

Court Gets Unusually Specific On Police Taser Gun Use

Slager said he chased Scott because he "must have been running for a certain reason." He testified that as he tried to handcuff Scott, Scott grabbed his Taser. Slager's voice cracked as he said he had been "in total fear."

"I saw that Taser coming at me," he said. "I fired until the threat was stopped, like I'm trained to do."

Slager's defense attorney asked him at one point whether Scott had insulted police officers using an expletive during the altercation. Slager said yes.

With Slager on the witness stand, the prosecution played the bystander video for the court. No Taser is visible in the grainy footage. 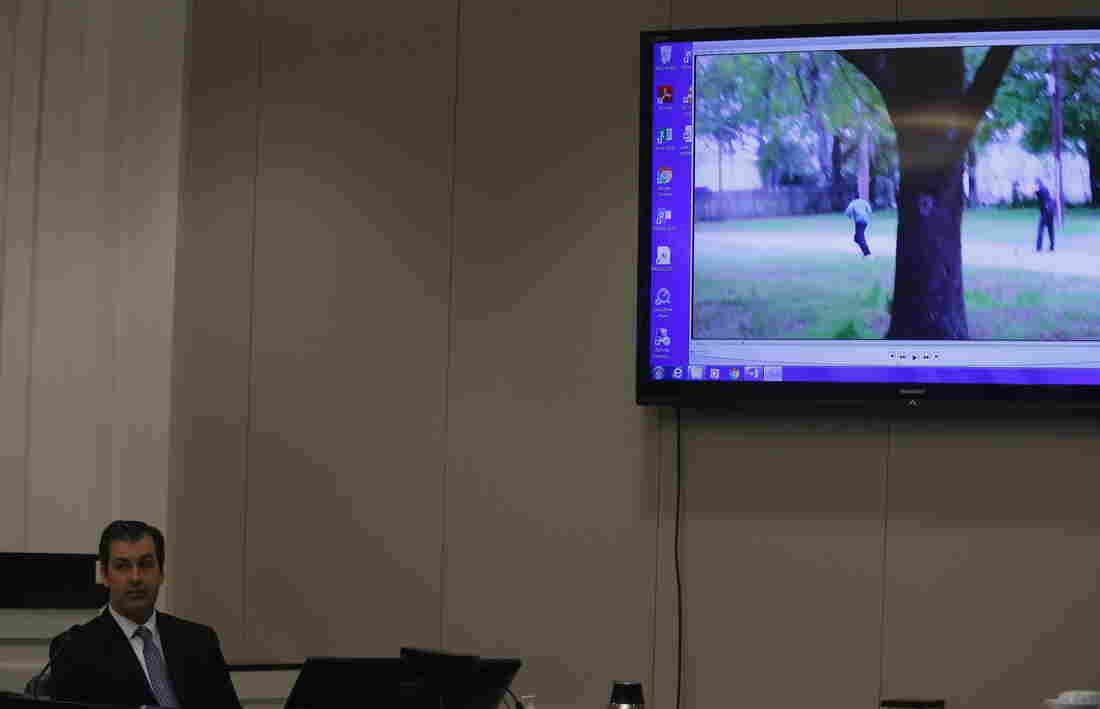 During Slager's testimony, the jury was shown a bystander video of the 2015 incident in which Slager shot and killed Walter Scott. Grace Beahm/Post and Courier via Pool hide caption 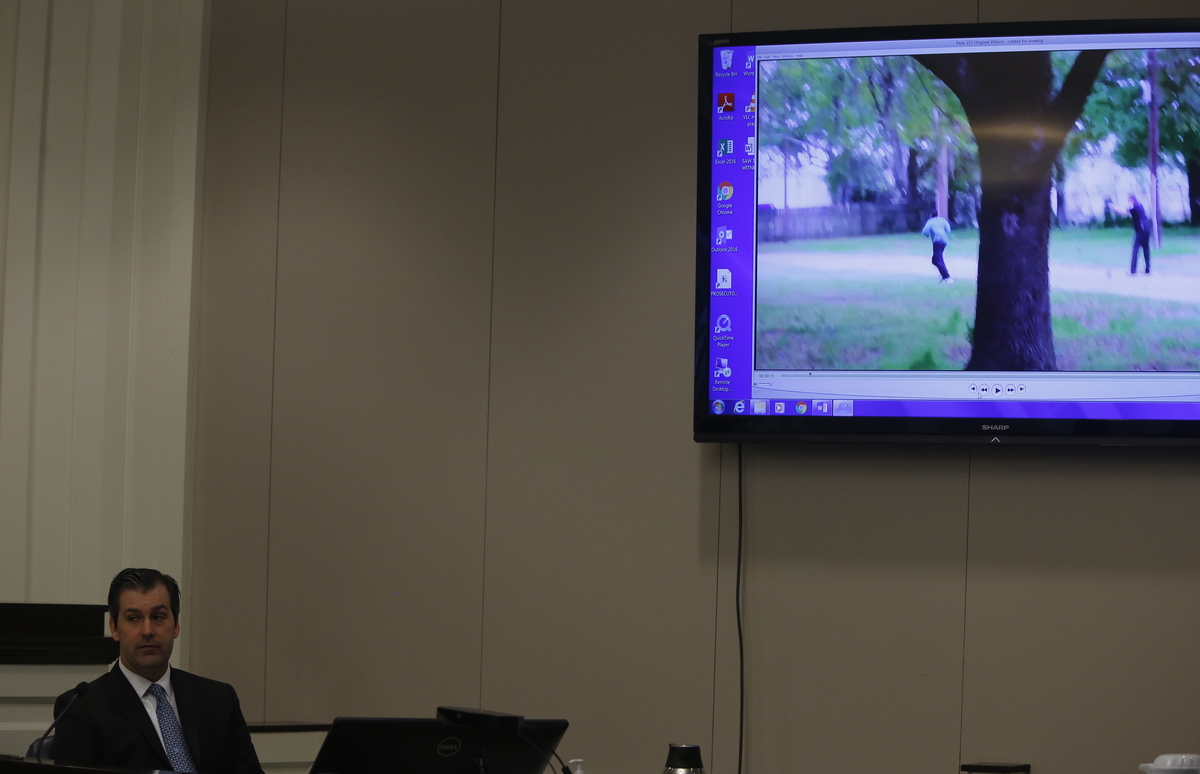 During Slager's testimony, the jury was shown a bystander video of the 2015 incident in which Slager shot and killed Walter Scott.

Grace Beahm/Post and Courier via Pool

During cross-examination, Slager repeatedly said he could not remember details of his thoughts or actions during the moments captured on the video.

Slager also testified about previous traffic stops involving police use of force, including one in which he said someone "grabbed a bat — a bat or a club" from a car as he and another officer pulled the person out of a vehicle.

Slager, who is white, is also facing separate federal civil rights charges over Scott's death. In that indictment, federal prosecutors accuse Slager of deliberately misleading investigators by telling them he had fired his weapon "while Scott was coming forward at him with a Taser."

"In truth and in fact," the indictment reads, "as defendant MICHAEL SLAGER then well knew, he (SLAGER) repeatedly fired his weapon at Scott as Scott was running away from him."

The city of North Charleston also approved a $6.5 million civil settlement with Scott's family in 2015.

A previous version of this post said former Officer Michael Slager testified that Walter Scott "grabbed a bat — a bat or a club" from a car as he and another officer pulled him out of the vehicle. In fact, Slager was referring to a previous incident that did not involve Scott.