Accessibility links
PHOTOS: Gambia Holds Presidential Election Amid Internet Blackout : The Two-Way This vote marks the most serious challenge yet to the rule of President Yahya Jammeh. The president has ruled for 22 years since he led a coup, and has a dismal human rights record. 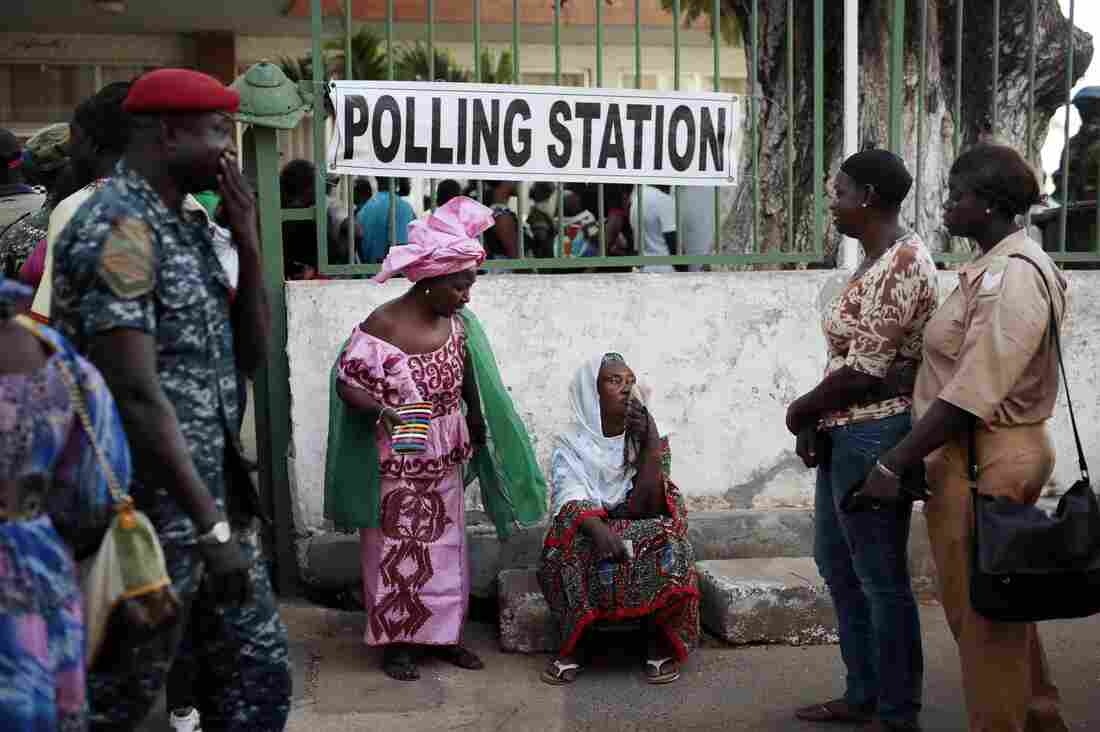 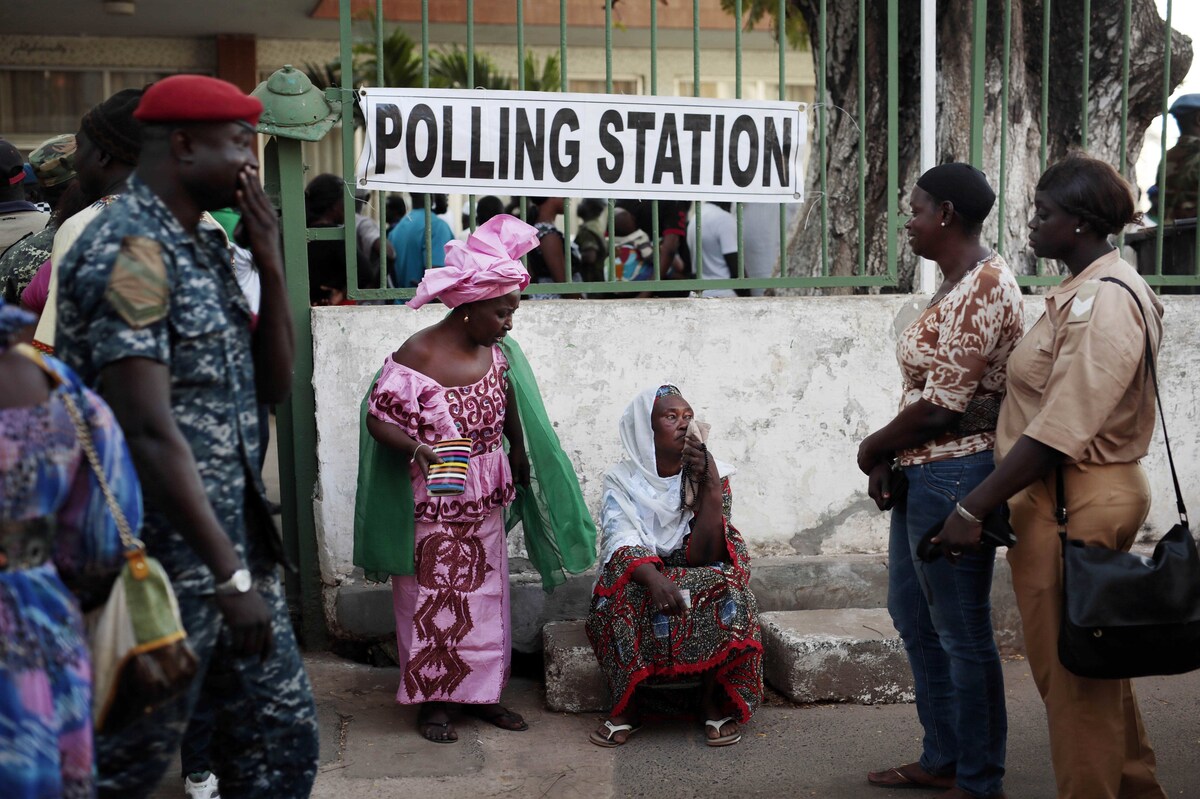 Gambians wait to cast votes at a polling station Thursday in Banjul.

Gambians have cast ballots for a new president, in what marks the most serious risk yet to the decades-long rule of President Yahya Jammeh.

The voting happened amid a blackout on Internet and international phone calls, as NPR's Ofeibea Quist-Arcton tells our Newscast unit. She reports the current president of the small West African country "is warning his rivals not to challenge the outcome of the vote." Here's more from Ofeibea:

"President Yahya Jammeh says only divine intervention can remove him from office. He's told his fellow presidential contenders there's no reason to demonstrate after the results, because Gambia's election system is fraud-proof and can't be rigged. Jammeh says protests are loopholes used to destabilize African governments. He claims he's dragged Gambia from the Stone Age, as he put it, to modernity though Jammeh is accused of repression." 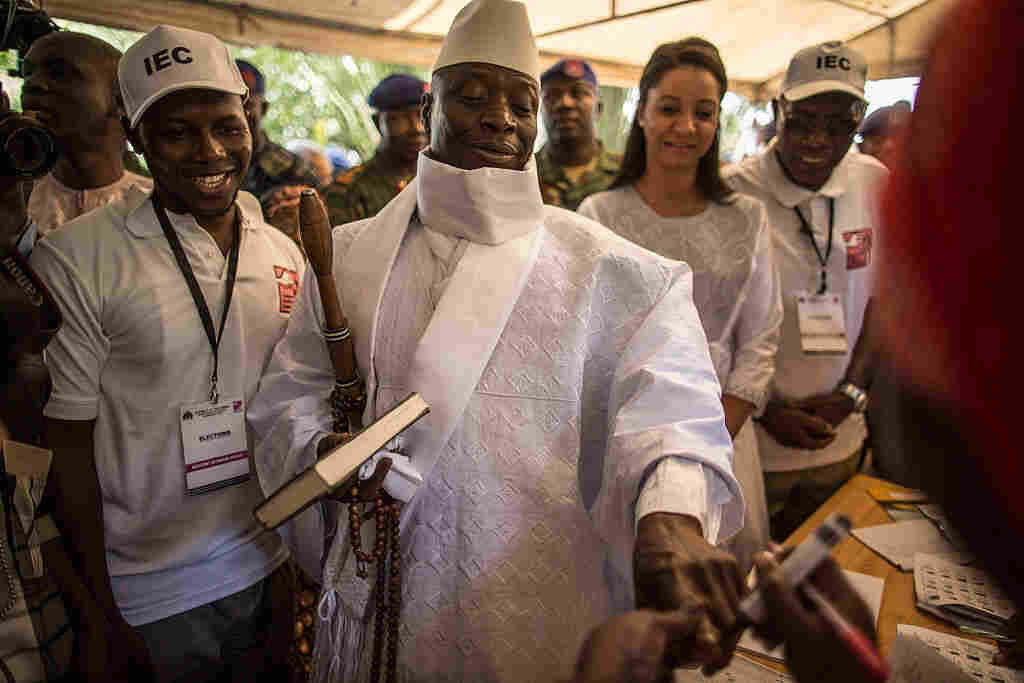 He is also known for "claiming to have a herbal cure for AIDS that works only on Thursdays" and proclaiming that he will rule Gambia for "a billion years," as Reuters reports.

His main challenger is businessman Adama Barrow, who has promised to "bring Gambia back from the brink and restore human rights and true democracy," Ofeibea says. 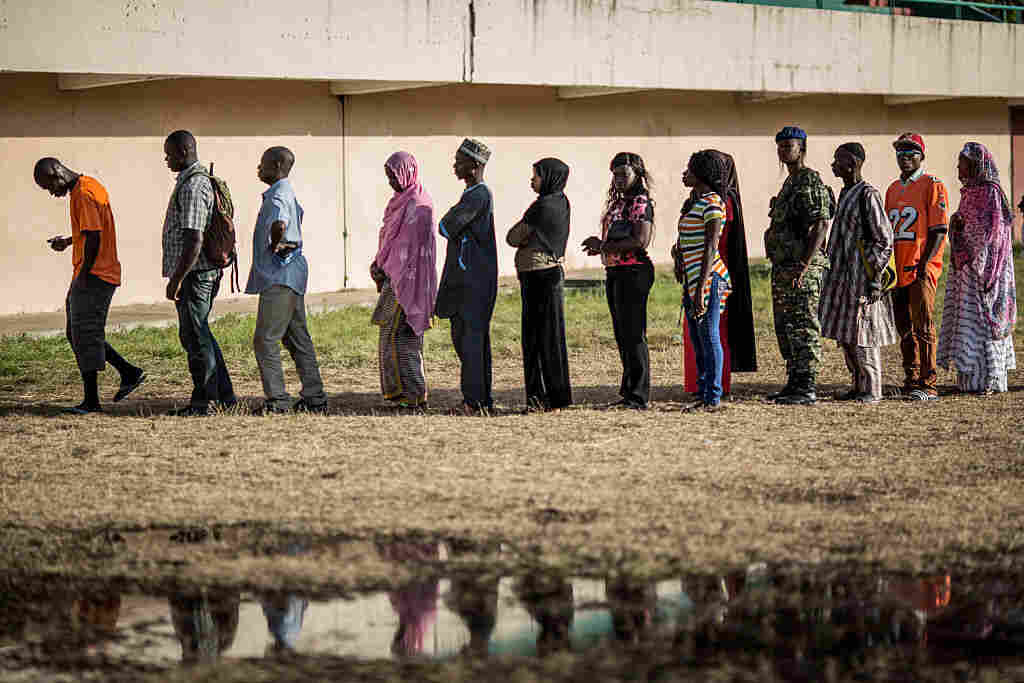 Voters queue at a polling station in Banjul during elections that pose the strongest challenge yet to the current president's 22-year rule. Marco Longari /AFP/Getty Images hide caption

Barrow has appeared to energize the opposition: An "unprecedented number of people turned up at opposition rallies ahead of the election," according to the BBC.

However, Jammeh is widely expected to maintain his grip on power, according to The Associated Press. A headline in the Daily Observer, a state-run newspaper, hailed a victory for Jammeh as "inevitable." 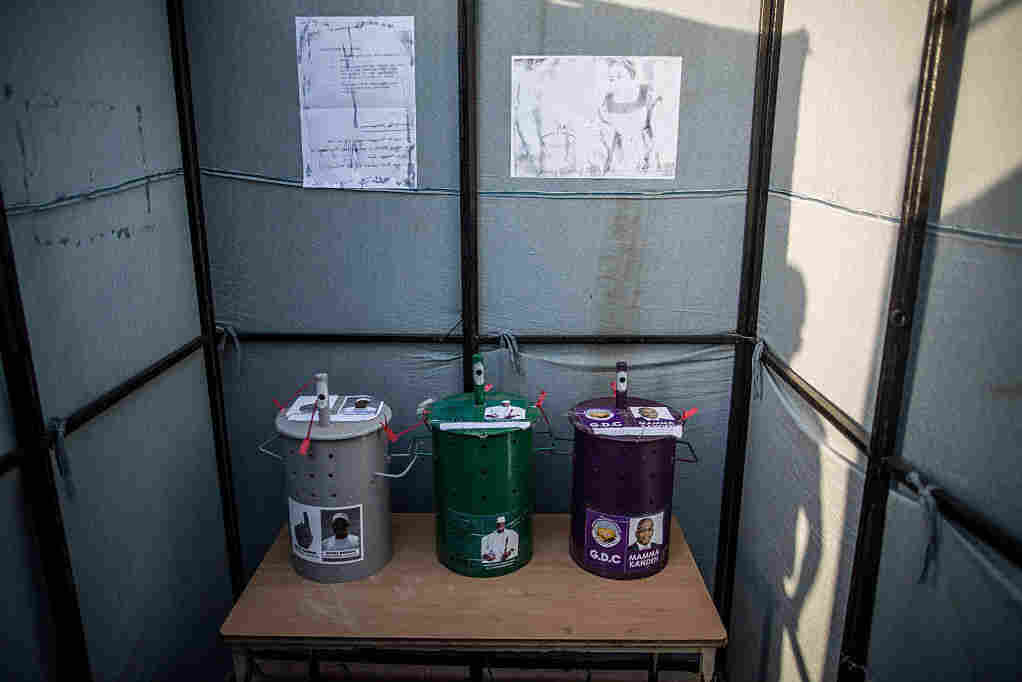 Voting drums with the emblem of the candidates in a Banjul polling station. Marco Longari /AFP/Getty Images hide caption

Gambia uses a unique system of marbles for its elections. "There will be three drums at each polling station, representing the three colors of the three candidates," the BBC says. "The photos will be affixed to these drums for ease of identifying the candidates of the voter's choice."

Then, the voter deposits a marble into the drum representing a candidate. The marbles are then counted on a special tray. The BBC reports that Gambia has been using this system since the 1960s, saying that it is cost-effective and user-friendly.

Gambia has also "not had a smooth transfer of power" since it gained independence from the U.K. in 1965, the broadcaster says.

Authorities blocked the European Union from montoring the vote, Reuters adds, but allowed African Union observers into the country.

Gambia made headlines when it announced in October that it was withdrawing from the International Criminal Court. As we reported, Gambia accused the court of bias against Africans.