Accessibility links
Gambia's Longtime Leader Defeated In Shocking Election Upset : The Two-Way Election officials say an opposition candidate has defeated Gambia's longtime leader in the country's presidential vote. It remains to be seen how the current president will react to the news.

Will Gambia See Its First-Ever Peaceful Transfer Of Power?

Will Gambia See Its First-Ever Peaceful Transfer Of Power? 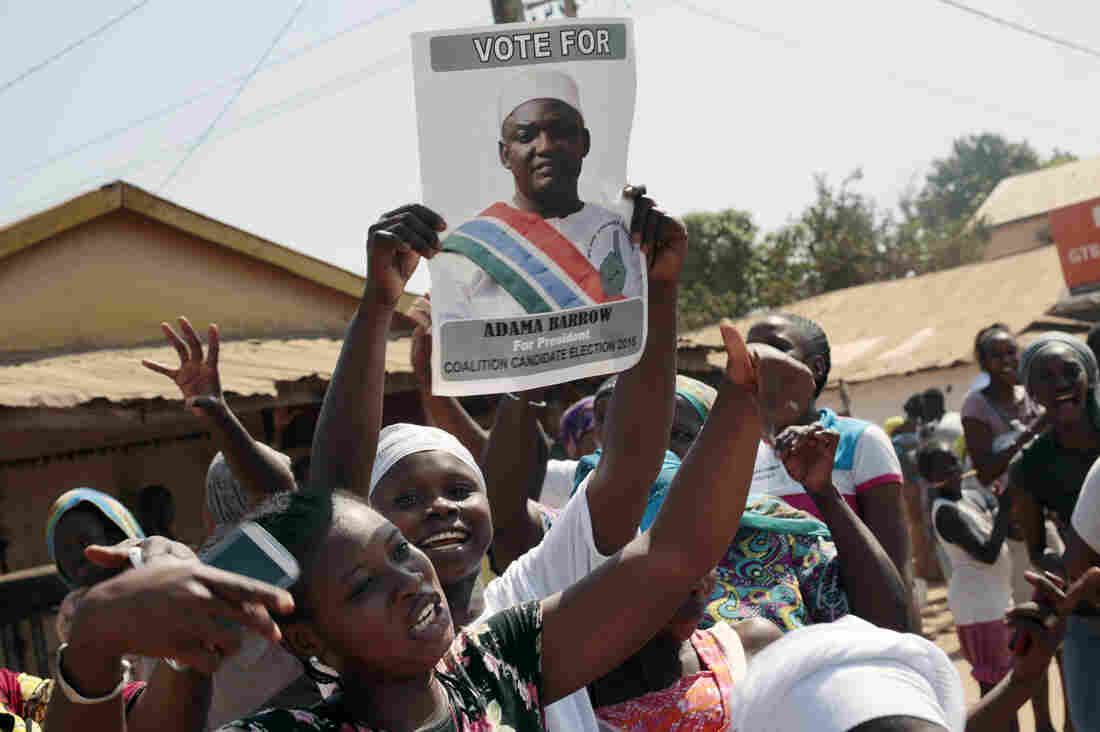 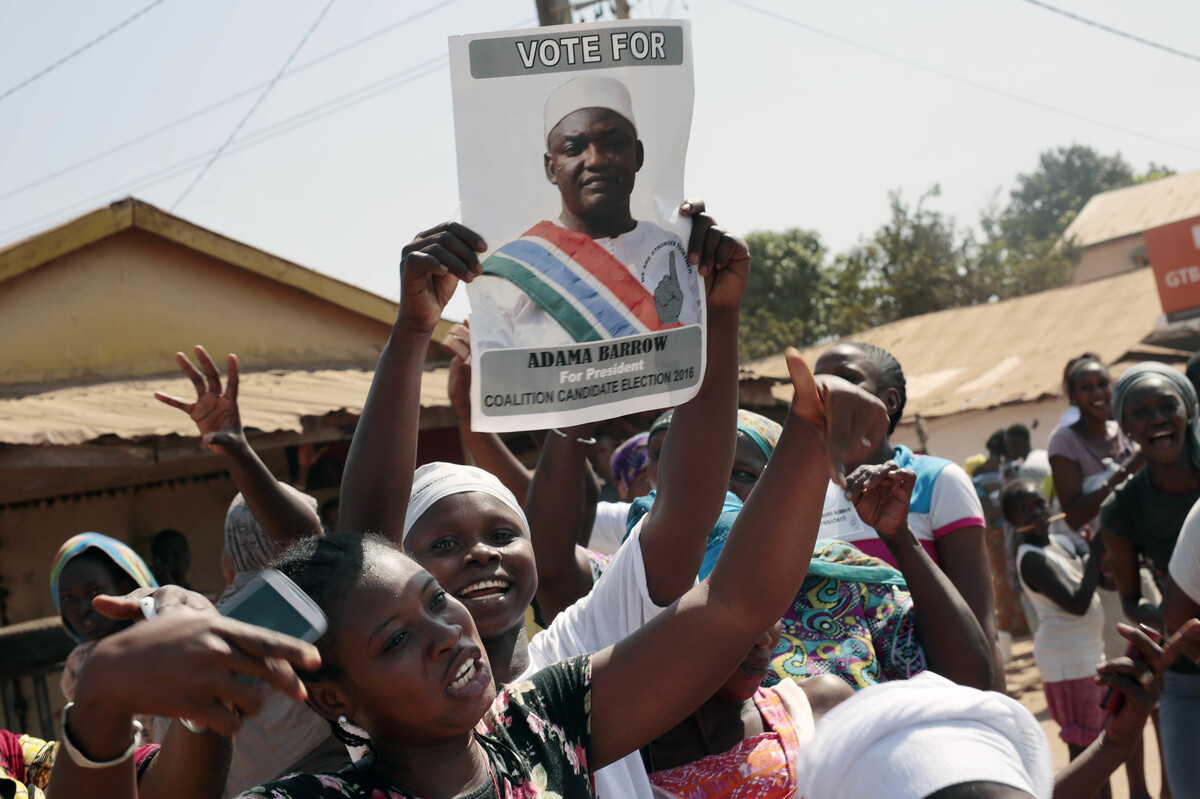 Gambians celebrate the victory of opposition coalition candidate Adama Barrow against longtime President Yahya Jammeh on Friday in the streets of Serrekunda, Gambia.

In a shocking upset, election officials say an opposition candidate has defeated Gambia's longtime leader in the country's presidential vote. This sets the stage for what could be the small West African country's first-ever peaceful transfer of power since it gained independence from the U.K. in 1965.

The head of the electoral commission announced that Adama Barrow defeated Yahya Jammeh, who has led the country since he launched a coup 22 years ago, as NPR's Ofeibea Quist-Arcton reports. She adds that election Commissioner Alieu Momarr Njai said in his announcement that Jammeh has accepted defeat, but so far there has been no official word from the president.

Barrow, a businessman, was able to energize eight opposition parties that then united behind him, Ofeibea reports. Here's more:

"The electoral chief told journalists it was unique that someone who has ruled a country for so long has accepted defeat and that President Jammeh would announce the official vote count and election winner. This puts tremendous pressure on the president who, before the vote, said only divine intervention would remove him from power and predicted the biggest landslide in Gambia's history." 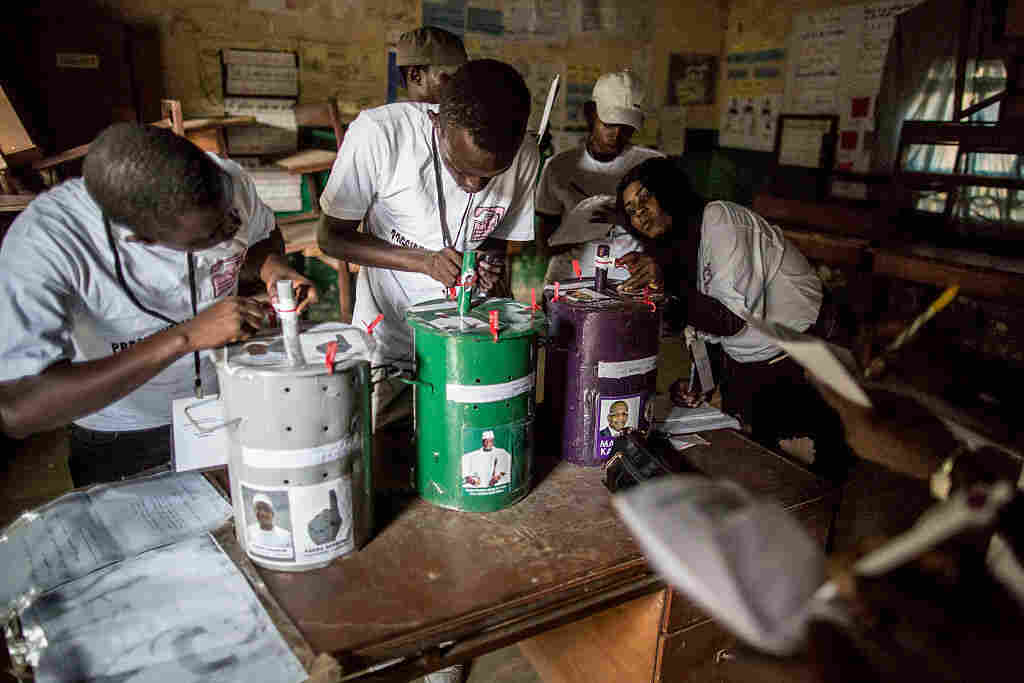 The vote took place under an Internet and international phone call blackout, as The Two-Way reported. The country's state-run Daily Observer newspaper has not been updated since the result was announced. It continues to predict an "inevitable" victory for Jammeh.

"Jammeh came to power in a coup in 1994 and then swept elections in 1996, 2001, 2006 and 2011 after a 2002 constitutional amendment removed presidential term limits," the AP reports. "Critics say those earlier elections were not free and fair."

Jammeh has a lamentable human rights record, as we reported, and is seen as a leader who brooks no dissent.

Social media users were posting scenes of jubilation, as supporters of the opposition candidate took to the streets to celebrate.

Meanwhile, it remains to be seen how Jammeh himself will react to the news. It could have major implications if he steps down peacefully, as the AP reports.

"This is going to have resonance way beyond the tiny borders of Gambia," human rights activist Jeffrey Smith told the wire service. He called this "a momentous occasion for the region writ large."