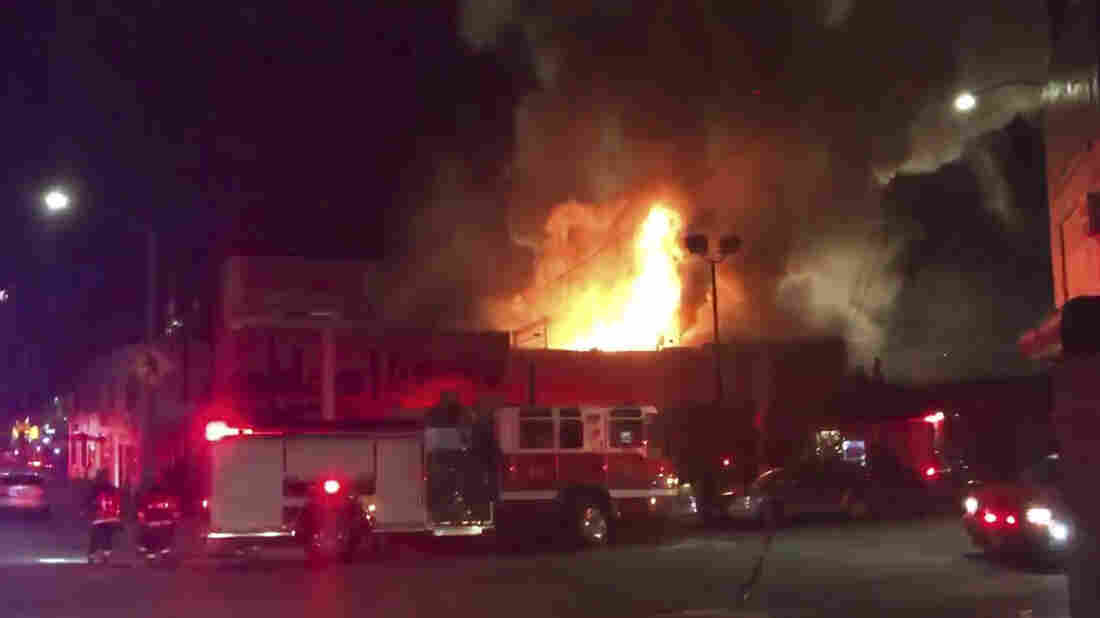 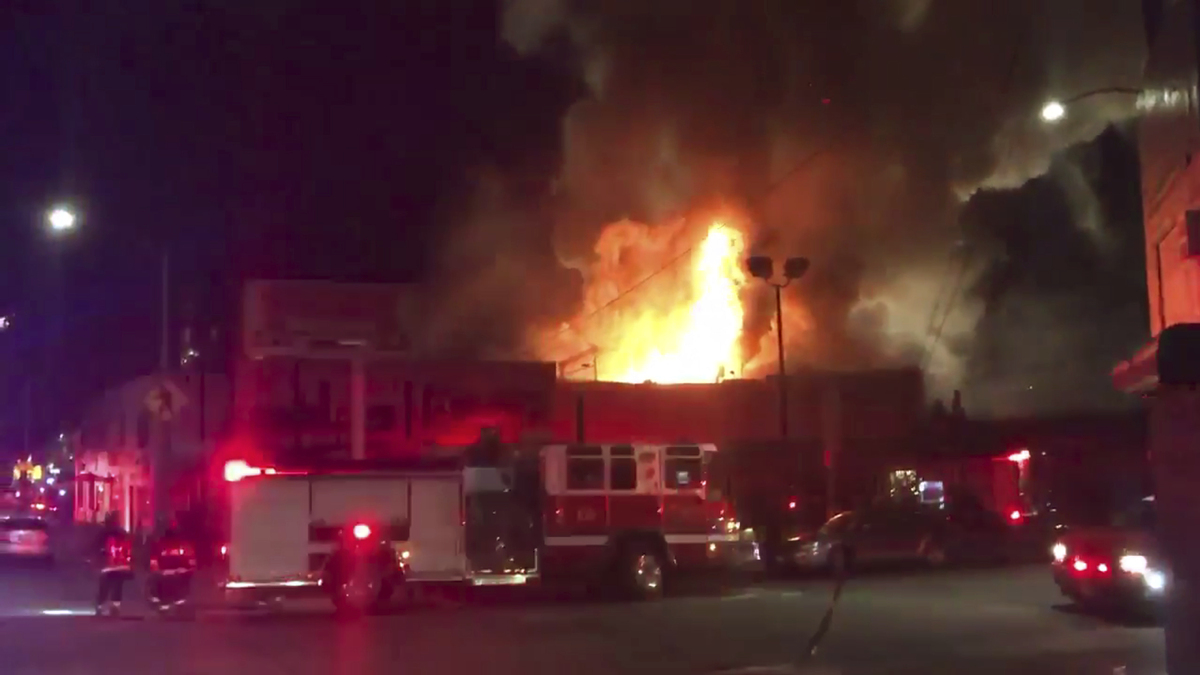 This photo taken from video provided by @OaklandFireLive shows the scene of a fire in Oakland, early Saturday, Dec. 3, 2016.

At least nine people were killed after a fire broke out at a party in a warehouse space in Oakland, Calif., according to the city's fire chief.

There are at least another 25 people unaccounted for, Oakland Fire Chief Teresa Deloach Reed said Saturday, according to The Associated Press. Spokesperson Sgt. Ray Kelly of the Alameda County Sheriff's Department Coroner's Bureau said the coroner is preparing for a "mass casualty event" with perhaps as many as 40 fatalities.

"This is a devastating scene," said Oakland Mayor Libby Schaaf at a Saturday afternoon press conference. She said it was going to take time to do a "methodical" and "thorough" investigation that the families of the victims deserve.

Investigators have not announced a cause of the fire.

"This is going to be a slow process for us," Kelly said, adding that he anticipates authorities examining the scene for at least the next 48 hours. Kelly said search operations had begun, but there had been a delay when searchers saw walls of the building move and exited the building for their own safety. Kelly said rescuers had recovered just one body from the scene as of Saturday afternoon.

The fire started around 11:30 p.m. Friday, in a two-story warehouse in Oakland's Fruitvale neighborhood, according to the East Bay Times, during an electronic music show headlined by Golden Donna of Madison, Wisc.

Friends posted on the event's Facebook page, searching for information about people still missing. More than 190 people had RSVP'd for the event as of Saturday. A Google document compiled for friends and family members to gather updates listed 32 people as missing, 11 people as safe, two people safe in the hospital and one "potentially safe" as of Saturday afternoon local time.

Fire Chief Reed described the space as a "makeshift warehouse" that people had converted into a "live-work type facility."

Most of those killed by the fire were on the second floor and there was no evidence the building had sprinklers, the fire chief said, as reported by the San Francisco Chronicle.

Video from the Oakland Firefighters Local 55 shows a massive blaze with plumes of smoke visible blocks away.

"We still have to do a more thorough search of the building and we don't know the potential number of other victims," Reed said, according to the East Bay Times, which added that no firefighters were injured.

About 50 people lived in the building, the Times said, describing it as an "artists' collective."

"It was too hot, too much smoke, I had to get out of there," photographer Bob Mule, who lived in the building, told the newspaper. "I literally felt my skin peeling and my lungs being suffocated by smoke. I couldn't get the fire extinguisher to work."

The AP reported that authorities said the roof of the building collapsed and firefighters had to cut through debris.

The city began an investigation into the warehouse last month after complaints about "blight and unpermitted construction," said Oakland Planning and Building Director Darin Ranelletti.

Oakland resident Taylor Selby told KQED's Sukey Lewis that before the fire, the inside of the building "looked like it was a portal to a different dimension," with "artifacts from all over the world."