Accessibility links
Jill Stein Campaign Plans To Take Pennsylvania Recount Effort To Federal Court : The Two-Way Shortly after Stein's withdrawal from the state recount effort, citing the $1 million bond required by the court, her campaign said it plans to "file for emergency relief" in federal court on Monday. 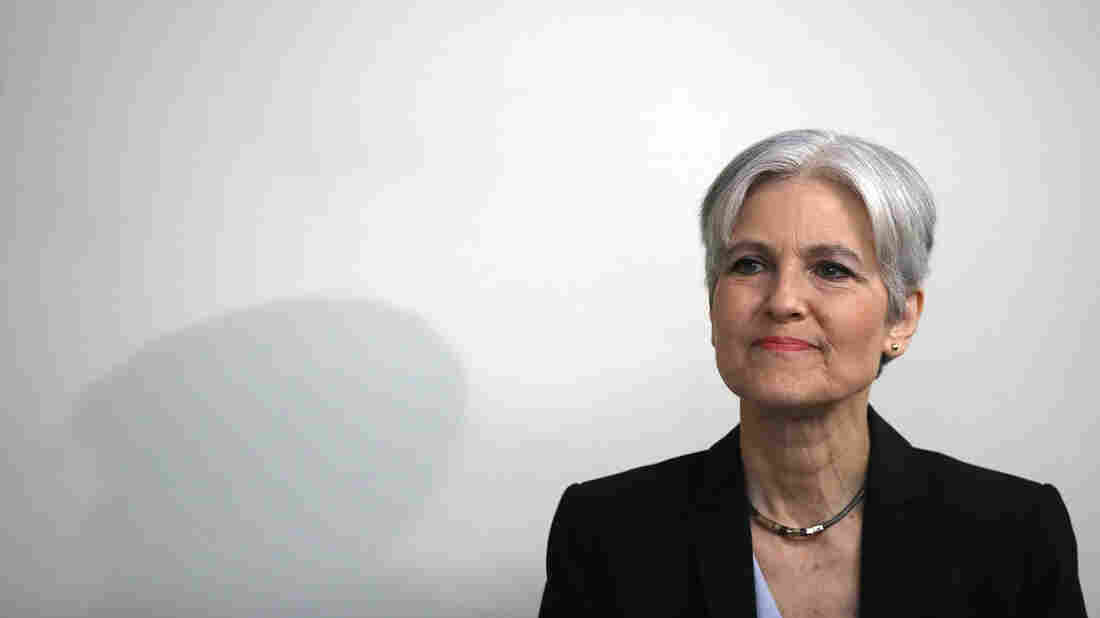 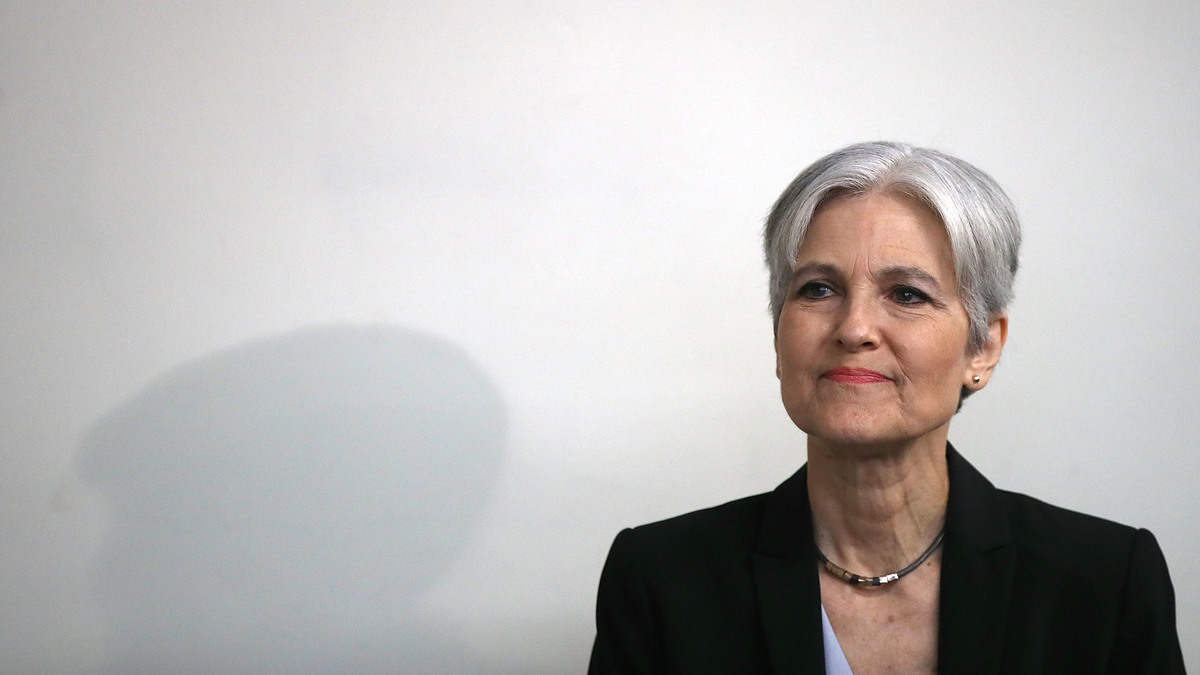 Jill Stein, at a press conference at the National Press Club in Washington, D.C., in August.

The Jill Stein campaign plans to bring her fight for a statewide ballot recount in Pennsylvania to federal court.

"It has become clear that the barriers to verifying the vote in Pennsylvania are so pervasive and that the state court system is so ill-equipped to address this problem that we must seek federal court intervention," Abady said.

On Monday, I will escalate #Recount2016 in PA and file to demand a statewide recount on constitutional grounds. The people deserve answers.

"Petitioners are regular citizens of ordinary means," the filing states. "They cannot afford to post the $1,000,000 bond required by the Court."

How odd is it that we must jump through bureaucratic hoops and raise millions of dollars so we can trust our election results? #Recount2016

Stein elaborated on Twitter, asking: "How odd is it that we must jump through bureaucratic hoops and raise millions of dollars so we can trust our election results?"

"That requires efforts in individual precincts — a process that requires three voters to petition their local election boards.

"In the region, a recount in Philadelphia is already underway in 75 of the city's more than 1,600 divisions. Judges in Bucks and Delaware counties will hear arguments this week on whether to grant recounts, Otter said."

Last month, Stein launched a fundraising campaign to pursue a recount in Pennsylvania, as well as in Michigan and Wisconsin — three states President-elect Donald Trump narrowly won en route to his Electoral College victory. That campaign — which sought to "ensure the integrity of our elections," according to her website — proved wildly successful, raking in nearly $7 million in donations to fund the former candidate's efforts.

Stein subsequently filed her request for a statewide recount in Pennsylvania on Monday, just days after she officially requested a recount in Wisconsin. In Michigan, where Trump was certified the winner only last week, the situation proved to be a bit more complicated: Stein requested a recount there — only to have her request tangled by an objection from the Trump campaign. After the state's Board of State Canvassers deadlocked on the issue Friday, the Detroit Free Press reports a hand recount in Michigan appears set to proceed next week.

Hillary Clinton's campaign reluctantly said it would participate in the proceedings, "to ensure our campaign is legally represented," according to campaign lawyer Marc Erik Elias.

At this time, there is no indication that Stein's campaign plans to drop its efforts in Wisconsin — where The Associated Press reports a recount is already underway — or in Michigan.