Accessibility links
Comet Ping Pong: Police Say Man With Rifle Claimed He Was 'Self-Investigating' Conspiracy Theory : The Two-Way An entirely baseless rumor about Comet Ping Pong has spread online. On Sunday, police say a man claiming he was there to "investigate" pointed a gun at an employee, who fled before the man fired. 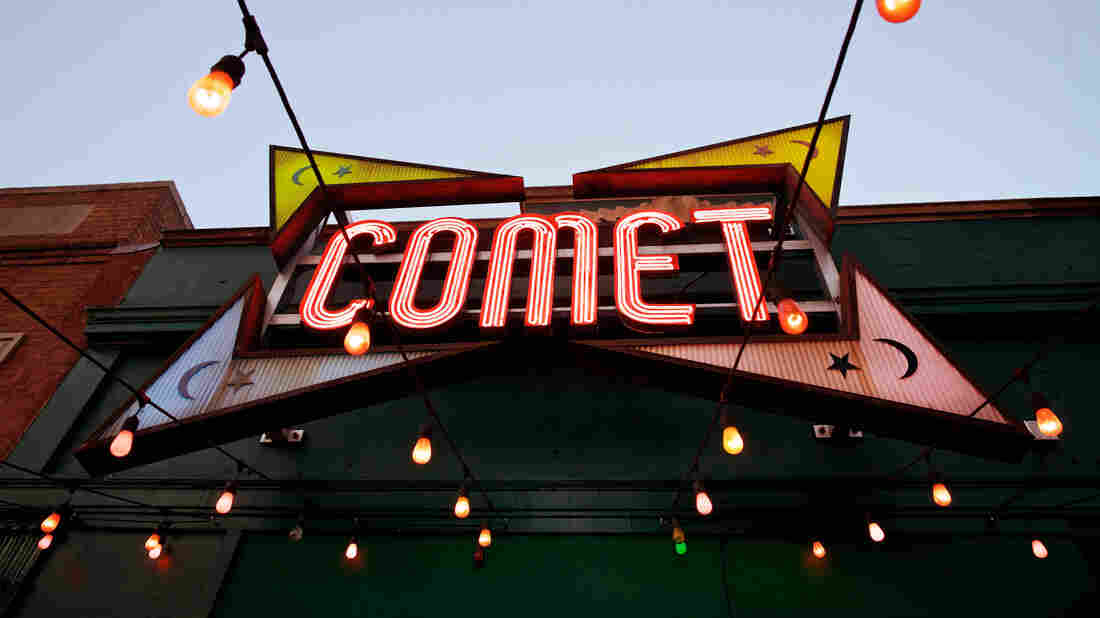 Comet Ping Pong, a pizzeria in Washington, D.C., has been made the center of a bizarre online conspiracy theory — with real-world consequences. The Washington Post/Getty Images hide caption 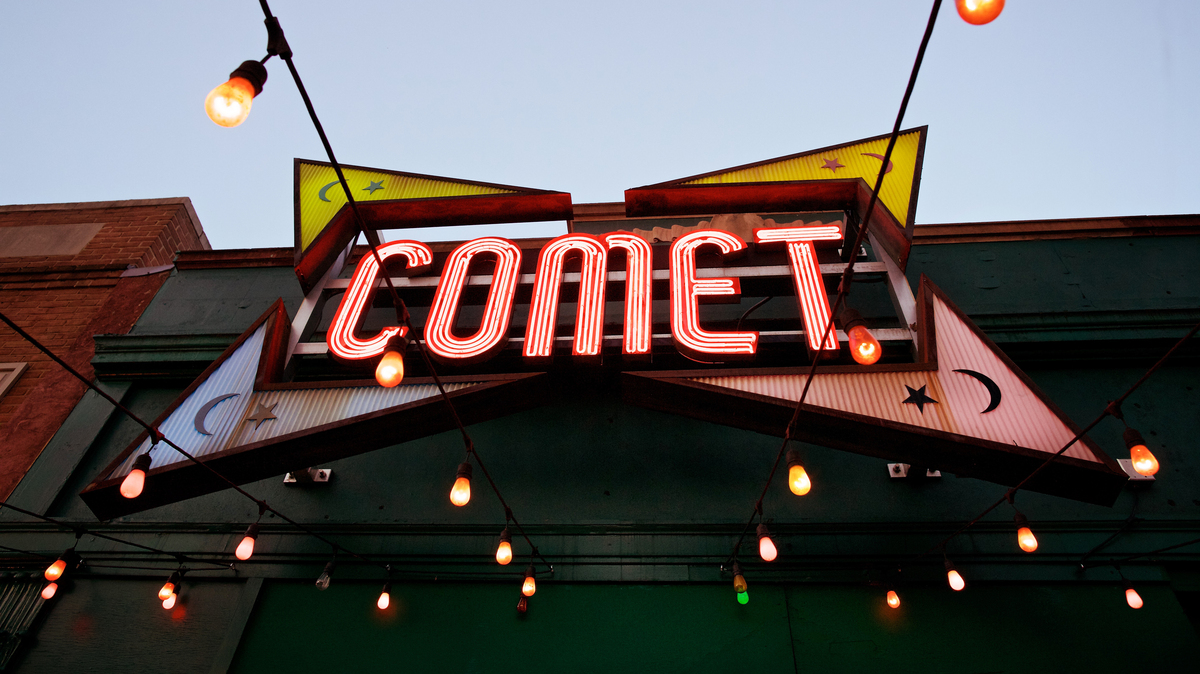 Comet Ping Pong, a pizzeria in Washington, D.C., has been made the center of a bizarre online conspiracy theory — with real-world consequences.

A man with a rifle who claimed to be "self-investigating" a baseless online conspiracy theory entered the Washington, D.C., pizzeria Comet Ping Pong on Sunday, according to local police.

The man allegedly pointed the gun at a restaurant employee, who managed to escape, then fired the weapon multiple times inside the restaurant. There were no reports of injuries, police say. A North Carolina man has been charged with assault with a dangerous weapon in connection with the shooting.

It's a disturbing development in what has already been a weeks-long ordeal for Comet Ping Pong, a kid-friendly pizza restaurant that also hosts live music events.

Internet users have developed a wholly fictitious conspiracy theory that maintains Comet Ping Pong is the site of an international Satanic child sex abuse cabal hosted by powerful Democrats, including Hillary Clinton. Speculation and fabrications tied to the bizarre conspiracy theory have been relentlessly circulated by politically motivated fringe sites.

Police say the man told them those conspiracy theories inspired his assault on the restaurant.

Court documents acquired by multiple media outlets say the man was alone inside the restaurant for less than an hour before coming out and surrendering to police. He "stated that he had read online that the Comet restaurant was harboring child sex slaves and that he wanted to see for himself if they were there," and "surrendered peacefully when he found no evidence that underage children were being harbored in the restaurant," according to the complaint. (You can read it yourself at the New York Times.)

As NPR's Linda Wertheimer put it last week, even the most cursory examination of "#Pizzagate" reveals stories that are "completely and not very skillfully made up."

One of the key pieces of "evidence," for example, comes from the emails WikiLeaks says came from Clinton campaign manager John Podesta. The emails include references to pizza. The conspiracy theory holds that based on how frequently pizza comes up, "pizza" must be code for pedophilia.

Comet Ping Pong owner James Alefantis told NPR that the entire theory is "an insanely complicated, made-up, fictional lie-based story" that people in the "reality based" community quickly dismissed as an "insane sort of joke."

But on the fringes of the Internet, some people have been taking it seriously. The restaurant has received hundreds of death threats. Now it has had an actual armed assault.

And the "fictitious online conspiracy theory," as D.C. police have called it, shows no sign of going away.

"Until #Pizzagate proven to be false, it'll remain a story. The left seems to forget #PodestaEmails and the many 'coincidences' tied to it," the younger Flynn tweeted.

He stood by his tweet as the night continued, retweeting people who were accusing the mainstream media of being part of the conspiracy to cover up the pedophilia ring.

In a statement on Sunday, Alefantis vowed that Comet Ping Pong would "continue to operate safely and securely," and he condemned those who are working to spread the malicious accusations.

"What happened today demonstrates that promoting false and reckless conspiracy theories comes with consequences," he said. "I hope that those involved in fanning these flames will take a moment to contemplate what happened here today, and stop promoting these falsehoods right away."