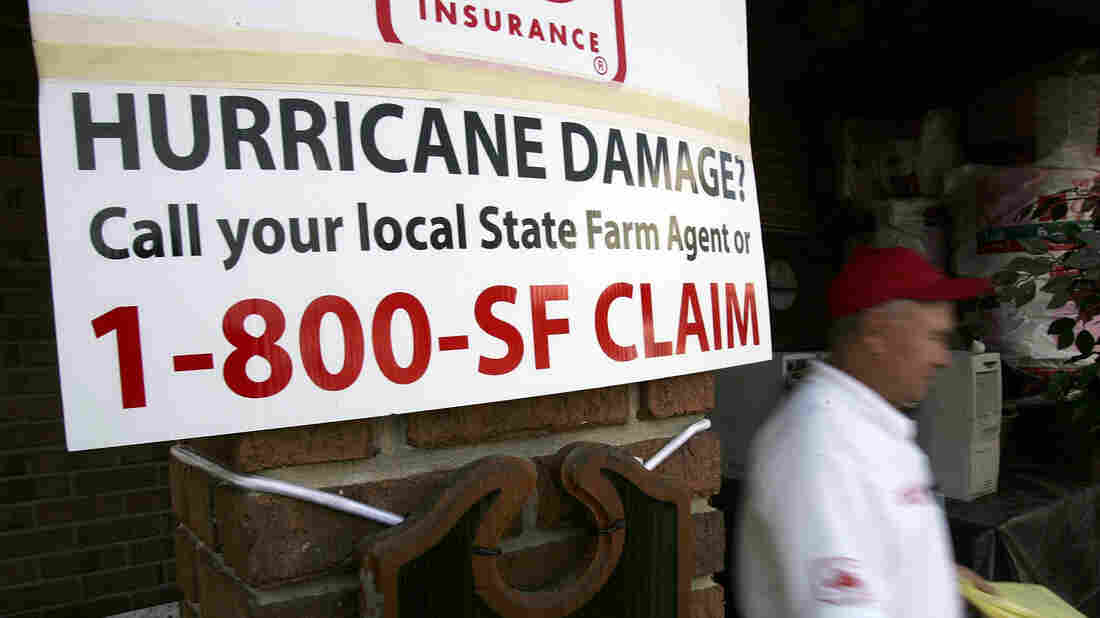 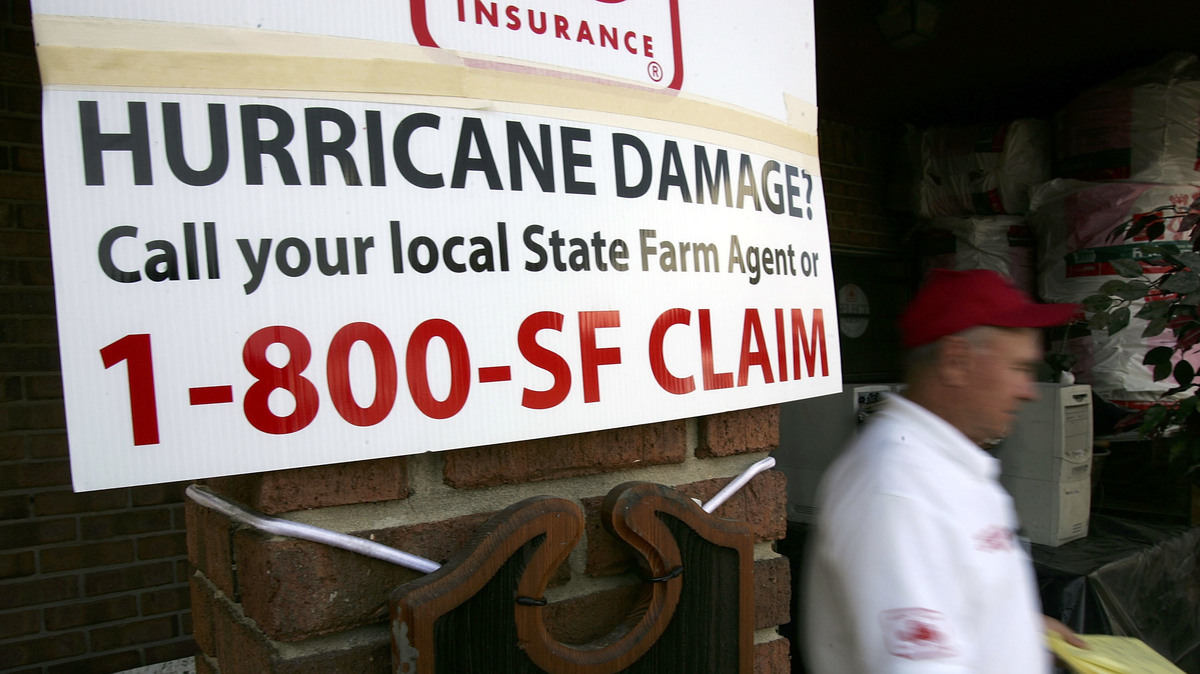 A banner for State Farm insurance in in D`Iberville, Miss., tells property owners the number to call after Hurricane Katrina hit in 2005.

The U.S. Supreme Court has upheld a jury verdict finding that State Farm Fire and Casualty Co. defrauded the federal government after Hurricane Katrina hit the Gulf Coast in 2005.

In the years before the hurricane, State Farm issued both federal government-backed flood insurance policies and general homeowners policies. After the hurricane, the company ordered its claims adjusters to misclassify wind damage as flood damage to shift liability to the government and spare the insurance company's coffers.

The fraud was uncovered when two claims adjusters, sisters Cori and Kerri Rigsby, blew the whistle on the company under the federal False Claims Act, which allows private citizens to initiate fraud claims on behalf of the government, and ultimately to share in the damages that are awarded.

In 2013, the Rigsbys won their case, which involved one home in Biloxi, Miss. State Farm was ordered to pay $750,000 in damages, with 30 percent going to the sisters and the rest going to the federal government.

But State Farm sought to have the case dismissed because one of the lawyers in the case leaked its existence to the media when it was supposed to remain secret for two months under federal law. The insurance company lost in the lower courts, and on Tuesday, the Supreme Court unanimously rejected State Farm's argument that federal law required the case to be thrown out.

This was the first of many such claims against State Farm, and last year, Mississippi sued the company, saying the state had paid more than $522 million to State Farm policyholders after the company evaded its responsibility by manipulating the reports of its own adjusters and engineers.

The State Farm decision was one of three unanimous rulings handed down by the Supreme Court on Tuesday, all involving business dealings.

In Samsung's big-money patent fight with Apple over smartphone design, the high court ruled that Samsung does not have to pay all the profits it made from 11 smartphone models that included some design elements it had copied from Apple.

Apple had won a $399 million judgment against Samsung because the South Korean company infringed design patents for the iPhone's rectangular shape with rounded edges and its flat screen with colored icons. A lower court ruled that under U.S. patent law, Samsung had to pay its American rival all of its profits from the smartphone models in which it used those elements.

But the Supreme Court agreed with Samsung's argument that it should not have to fork over all its profits because the design elements were only a part of the smartphone. The justices then sent the case back to the lower court to re-evaluate the damages.

Finally, the high court sided with prosecutors in an important insider trading case, upholding the conviction of a Chicago man for making nearly $1.2 million in profits by trading on nonpublic information that came from his brother-in-law at Citigroup.

Bassam Salman, who had profited from the tip, appealed his conviction, arguing that his brother-in-law relayed the information gratis and that under the insider trading law, prosecutors must prove the tipper received cash or some other tangible benefit. The Supreme Court, however, agreed with prosecutors that the law does not treat free information that is passed on any differently from a tip-for-cash transaction.

The court's unanimous decision was the first insider trading ruling in two decades. Prosecutors had worried that a contrary ruling would make it harder for authorities to bring insider trading cases against executives who tip friends or relatives without getting anything of value in return. But Justice Samuel Alito, writing for the court, said friends and family members could be prosecuted even if a tipper provides insider information as "a gift."