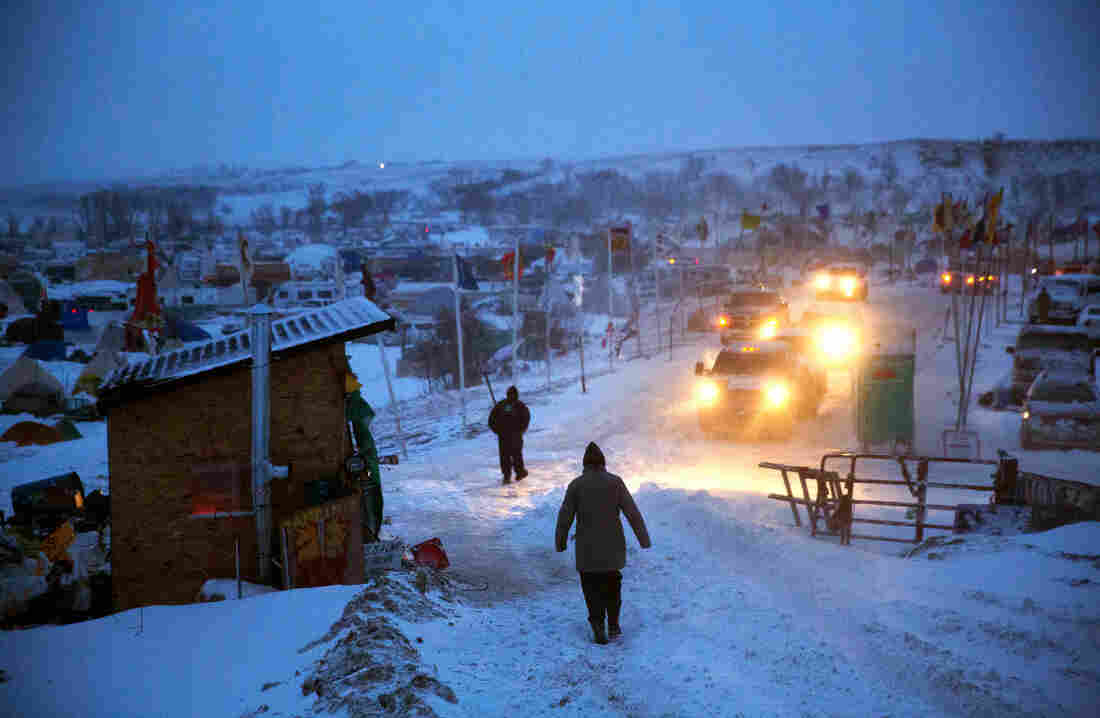 A motorist checks the condition of an exit ramp before attempting to drive out of the Oceti Sakowin camp tonight. David Goldman/AP hide caption 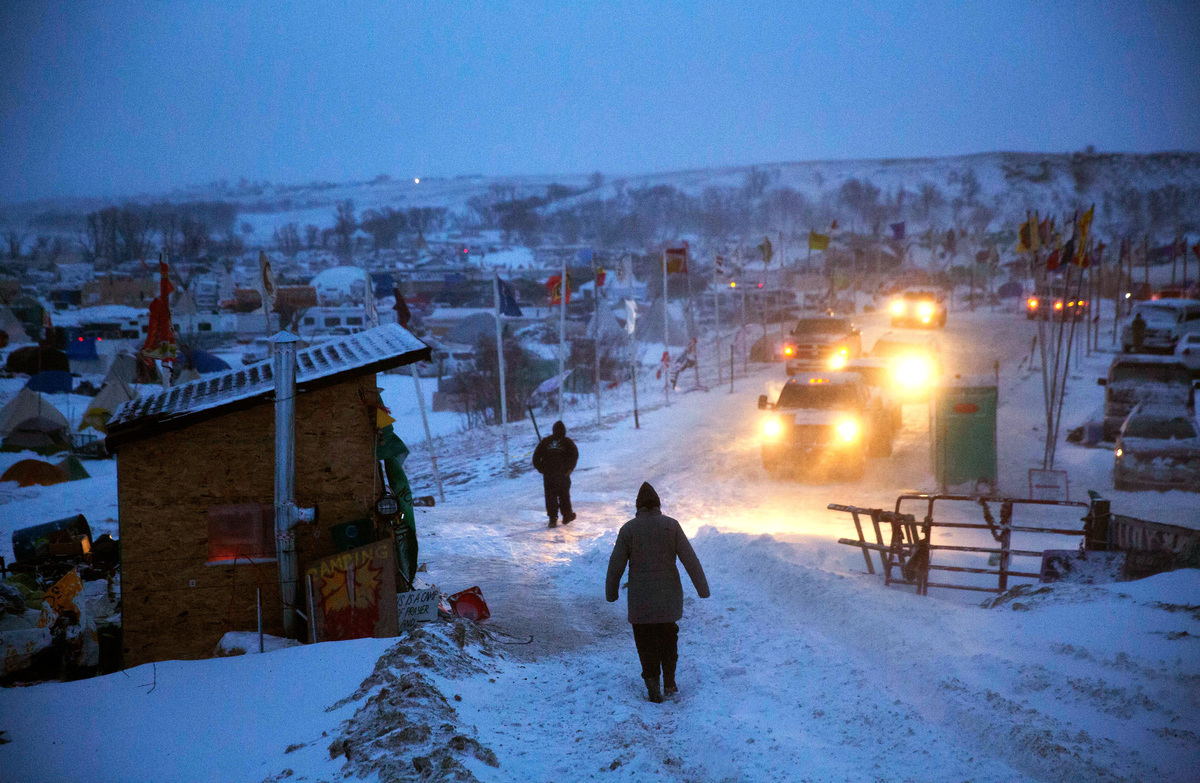 A motorist checks the condition of an exit ramp before attempting to drive out of the Oceti Sakowin camp tonight.

The sun was shining on opponents of the Dakota Access Pipeline on Sunday, when the U.S. Army Corps of Engineers announced that it would not approve the final and key part of the controversial project. Less than 24 hours later, many of those people were huddling in shelters or trying to escape the rural camp as a brutal winter storm bore down on them.

Cars slid off roads and tents were blown over as winds gusted to more than 50 mph, causing near white-out conditions on the short stretch of highway between the protesters' camp and the small town of Cannon Ball, N.D.

A large section of Interstate 94, which travels the length of the state, was shut down. Forecasters warned of snowdrifts and dangerous wind chills of minus 25 degrees Fahrenheit.

At Camp Oceti Sakowin, where those protesting the nearly completed pipeline have been camped for months, people gathered in larger structures and designated heating areas. Camp leadership closed the entrance and exits to the camp for a short time, citing the dangerous road conditions.

In Cannon Ball, locals and veterans groups organized rescue missions through the night and into Tuesday, collecting the elderly and young at the camp, and helping others who wanted to leave.

"Our focus is to get the veterans and anyone who doesn't want to be there out," says Michael Wood Jr., who helped organize the group Veterans for Standing Rock. 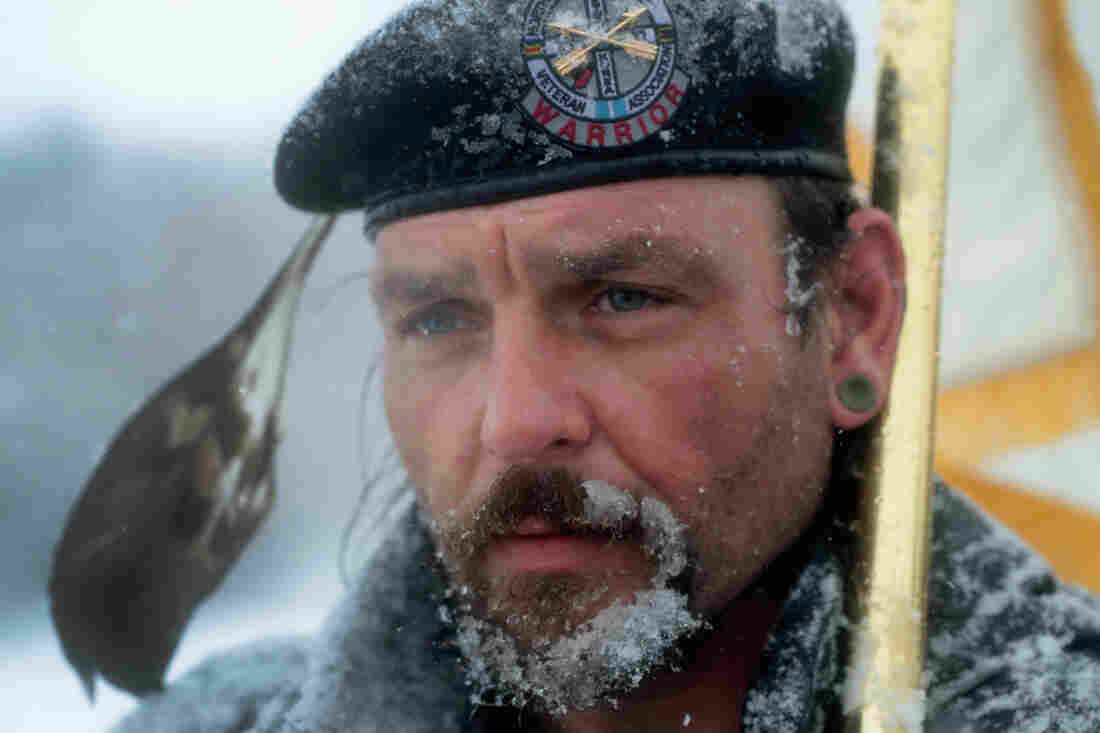 The chairman of the Standing Rock Sioux Tribe, Dave Archambault II, has asked protesters to leave the campsites because of the severe weather. But many at the camp are insistent on staying.

Morning Star Gali, of the Achomawi Band of the Pit River Tribe, left the camp with her two daughters and sheltered in Cannon Ball after the storm hit. But she was preparing to return Tuesday, regardless of the request and subzero temperatures.

The Army Corps' decision to not approve a key easement for the 1,170-mile long pipeline was a victory for the thousands gathered to protest against its completion, but it was by no means a knockout punch. 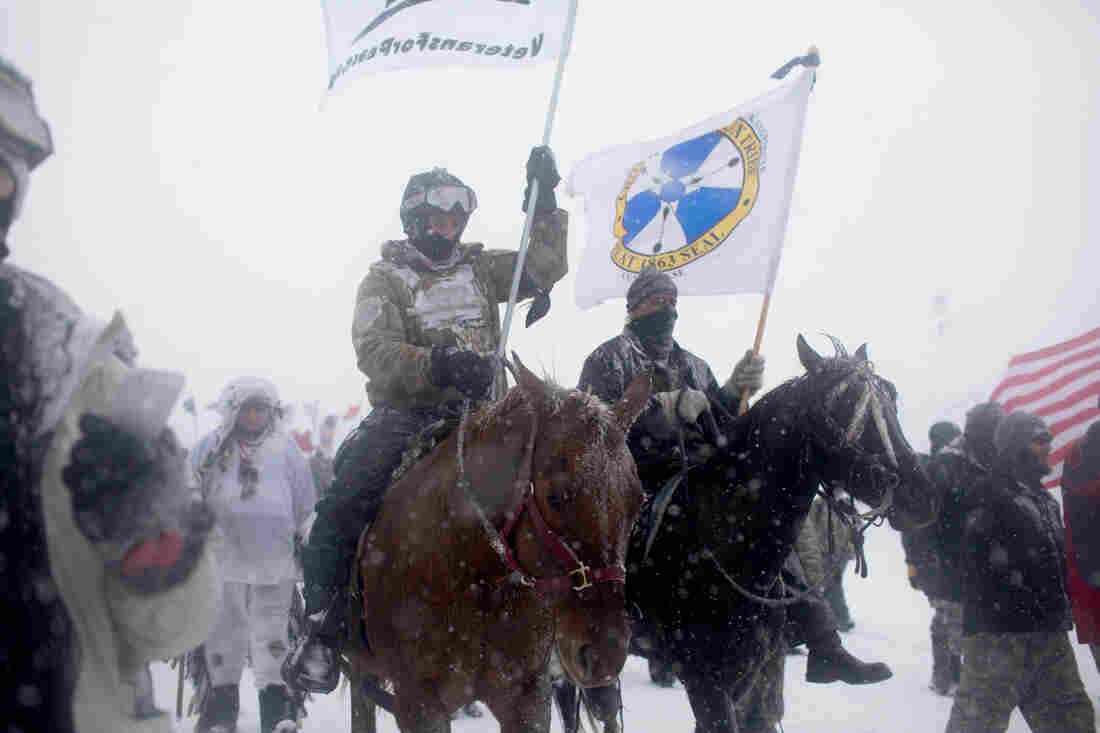 "Water protectors" and veterans march to the front lines at Backwater Bridge on Monday. Cassi Alexandra for NPR hide caption

Energy Transfer Partners, the company building the pipeline, said in a statement that it is "fully committed to ensuring that this vital project is brought to completion and fully expects[s] to complete construction of the pipeline without any additional rerouting."

Incoming president Donald Trump has expressed support for the pipeline and his transition team reaffirmed that Monday, saying it would look into the situation fully when they were in the White House.

Despite challenges and weather, spirits were still high in Standing Rock. Hundreds took shelter at the Prairie Knights Casino and Lounge, about 10 miles south of the protesters' camps, as the storm buried cars in snowdrifts outside. 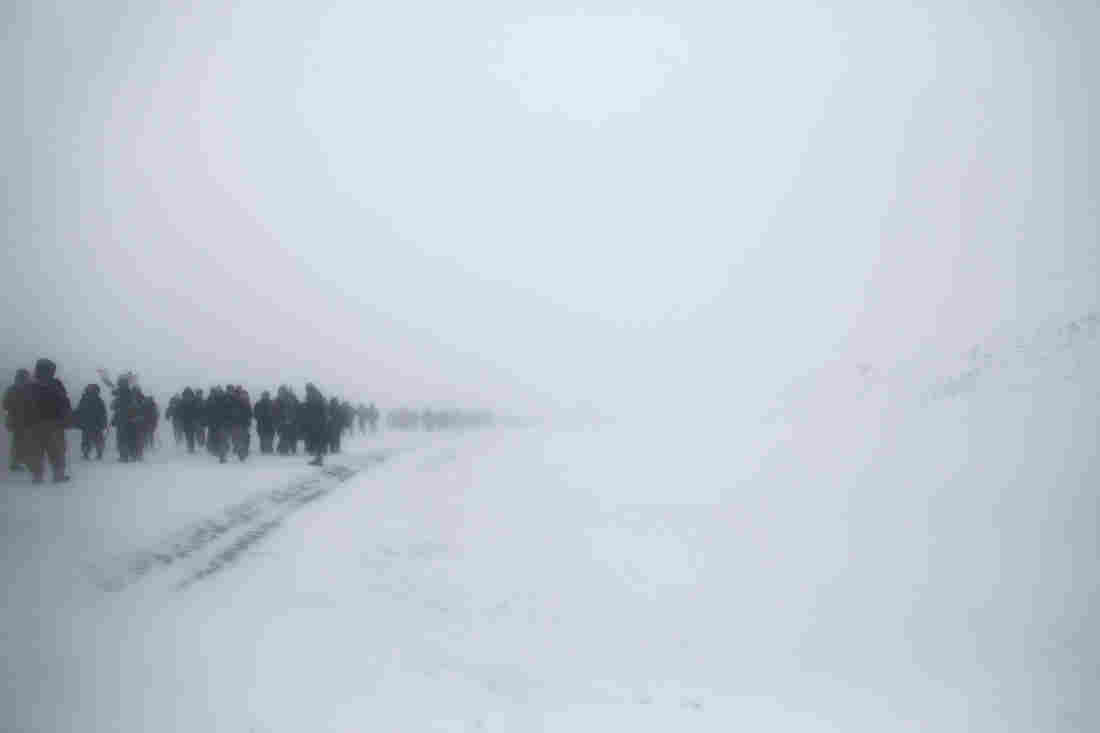 Water protectors and veterans march to the front lines at Backwater Bridge on Monday after the announcement that the U.S. Army Corps of Engineers will not approve an easement for the final and key part of the controversial Dakota Access Pipeline. Cassi Alexandra for NPR hide caption 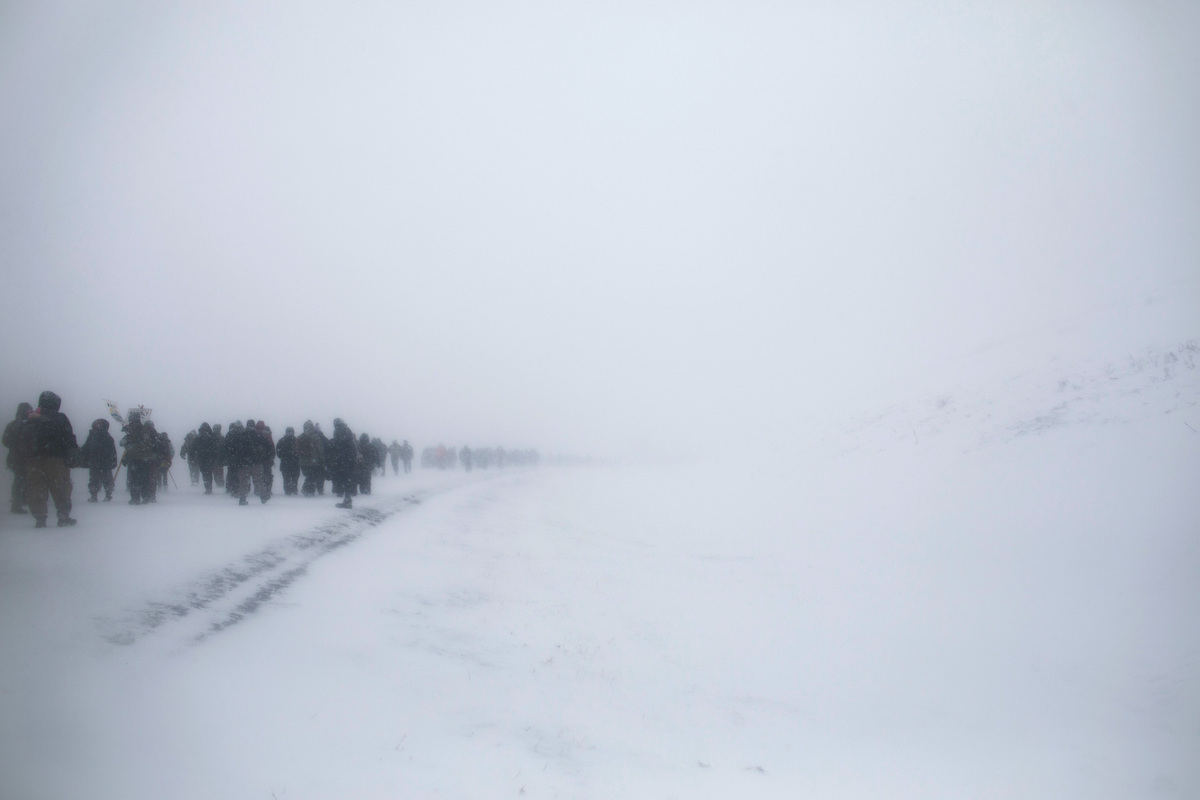 Water protectors and veterans march to the front lines at Backwater Bridge on Monday after the announcement that the U.S. Army Corps of Engineers will not approve an easement for the final and key part of the controversial Dakota Access Pipeline.

The casino opened a large convention room with stadium seating for people who were trapped. Veterans, locals, protesters and journalists laid camping pads out on the room's concrete floors and watched an ad hoc open-mic show on Monday night.

On Tuesday, Native Americans held a large prayer for the people still at the camp, for those traveling in the dangerous weather conditions and for a final defeat of the Dakota Access Pipeline.