Accessibility links
Donald Trump Is 'Time' Magazine's Person Of The Year : The Two-Way The magazine continues a recent trend of naming the U.S. president-elect "Person of the Year" in election years; Barack Obama was given the title in 2012 and 2008, and George W. Bush in 2004 and 2000. 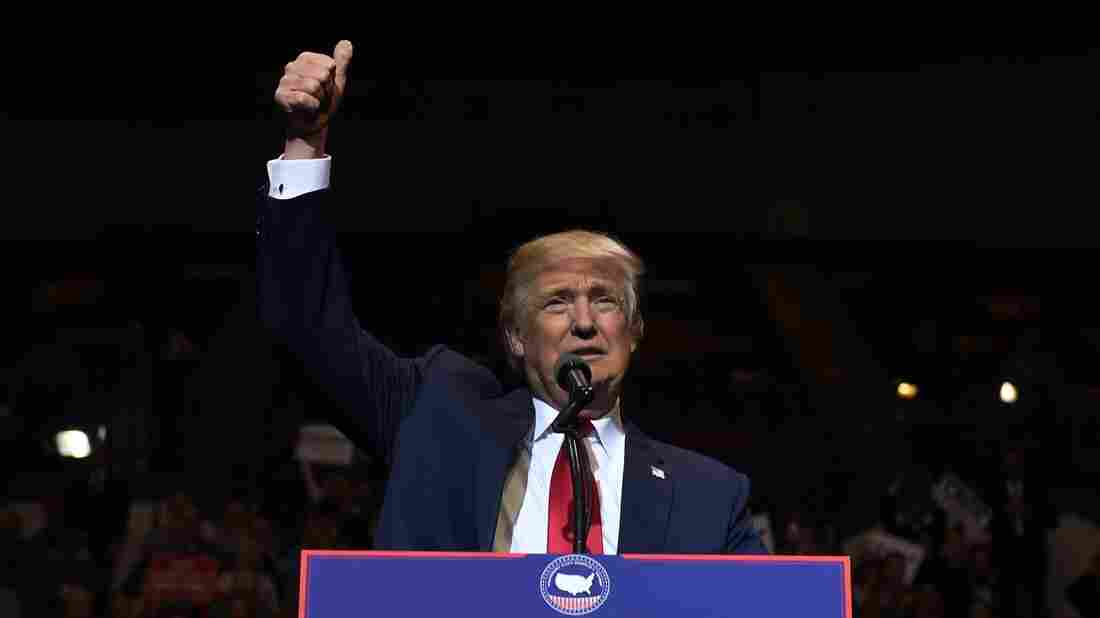 President-elect Donald Trump speaks at the Crown Coliseum in Fayetteville, N.C., on Tuesday, during his USA Thank You Tour. Timothy A. Clary/AFP/Getty Images hide caption 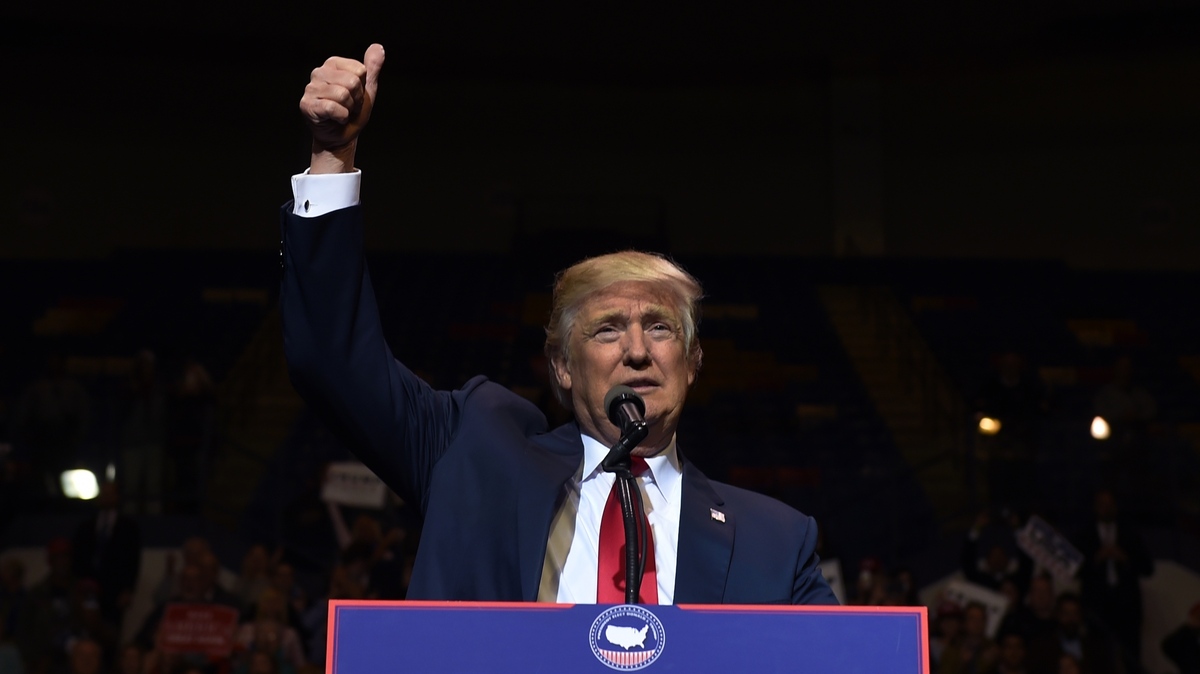 President-elect Donald Trump speaks at the Crown Coliseum in Fayetteville, N.C., on Tuesday, during his USA Thank You Tour.

Time magazine has named President-elect Donald Trump as the 2016 Person of the Year, a title Trump called "a tremendous honor" in an interview on the Today show.

Trump was selected from a shortlist that included prior winners Mark Zuckerberg and Vladimir Putin, as well as first-time candidates the Flint water crisis whistleblowers and Beyoncé Knowles.

Previous winners include Pope Francis and Pope John Paul II, groundbreaking scientists and groups or archetypes such as "the protester" and "Ebola fighters." But the award isn't always an honor: Adolf Hitler was Person of the Year in 1938, and Joseph Stalin was given the title twice.

Time says the title is awarded to "the person or persons who most affected the news and our lives, for good or ill, and embodied what was important about the year, for better or for worse," as then-Managing Editor Walter Isaacson wrote in 1998.

"So which is it this year: Better or worse?" Nancy Gibbs writes in Time. "The challenge for Donald Trump is how profoundly the country disagrees about the answer."

In an essay on Trump, Time writes that he "has upended the leadership of both major political parties and effectively shifted the political direction of the international order."

The magazine also notes that it's continuing a recent trend by naming the president-elect Person of the Year: Barack Obama was given the title in 2012 and 2008, and George W. Bush in 2004 and 2000.