Accessibility links
Giraffe Now Listed As 'Vulnerable' To Extinction As Population Plummets : The Two-Way The International Union for the Conservation of Nature says the giraffe population has declined by as much as 40 percent in the past 30 years and could face extinction if the trend is not reversed.

Giraffe Now Listed As 'Vulnerable' To Extinction As Population Plummets

Giraffe Now Listed As 'Vulnerable' To Extinction As Population Plummets 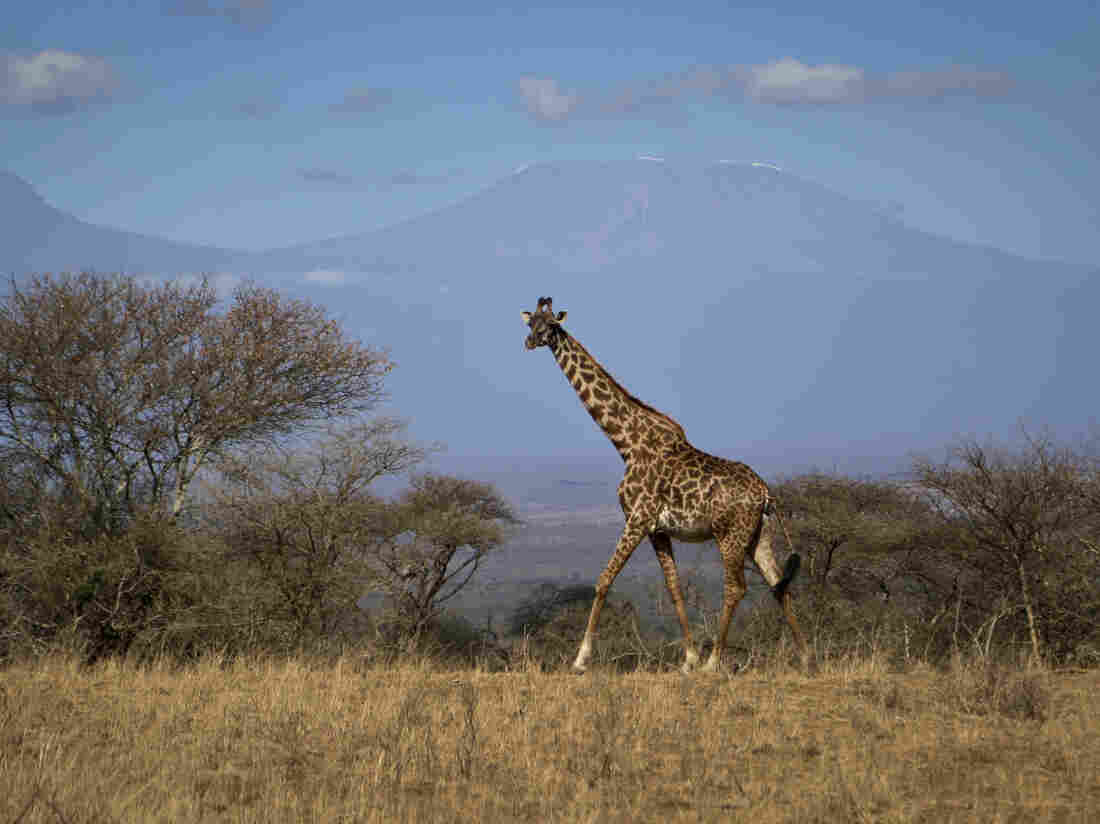 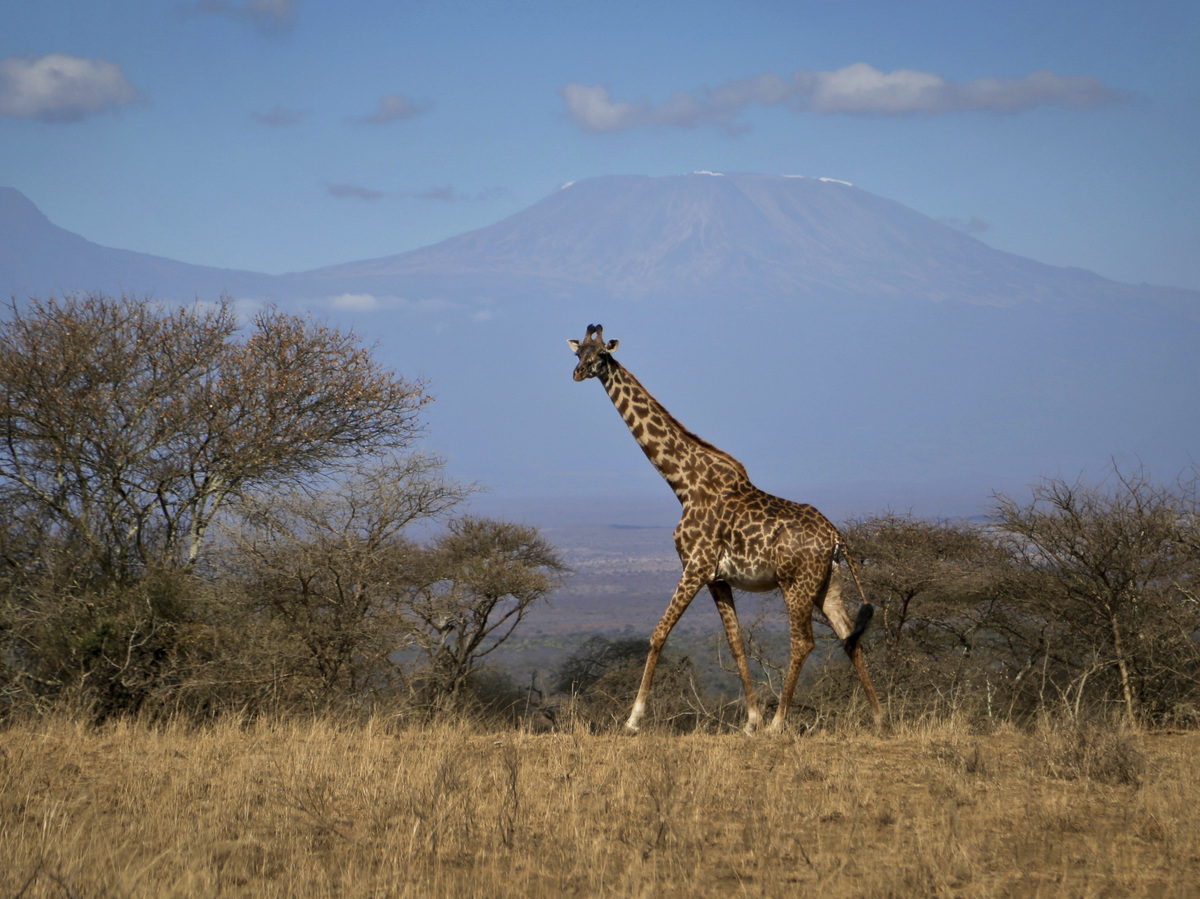 A giraffe in Kenya's Amboseli National Park in August.

Giraffes are dying at an alarming rate and could face extinction if the trend doesn't reverse, according to a new conservation report on animal populations worldwide.

The report was released by the International Union for the Conservation of Nature, which maintains the so-called Red List of species threatened with extinction.

For the first time, the group now lists the giraffe as a "vulnerable" species, meaning it is "facing a high risk of extinction in the wild in the medium-term future" because of steep population decline.

In the past 30 years, the global giraffe population has declined between 36 percent and 40 percent, according to the IUCN.

And the reason, it says, is humans:

"The growing human population is having a negative impact on many giraffe subpopulations. Illegal hunting, habitat loss and changes through expanding agriculture and mining, increasing human-wildlife conflict, and civil unrest are all pushing the species towards extinction. Of the nine subspecies of giraffe, three have increasing populations, whilst five have decreasing populations and one is stable."

Giraffes live primarily in southern and eastern Africa, with smaller populations throughout the rest of the continent.

The international community has already moved to protect the world's tallest land mammal. At the the most recent meeting of the World Conservation Congress, organized by the IUCN earlier this year in Hawaii, governmental representatives and NGOs passed a resolution calling on member states to protect areas where giraffes live.

In particular, the resolution cited the need for better security at parks and wildlife refuges in the Democratic Republic of Congo, Cameroon and South Sudan. The areas also are home to the okapi, a relative of the giraffe that looks something like a three-way cross between a zebra, a donkey and a giraffe. 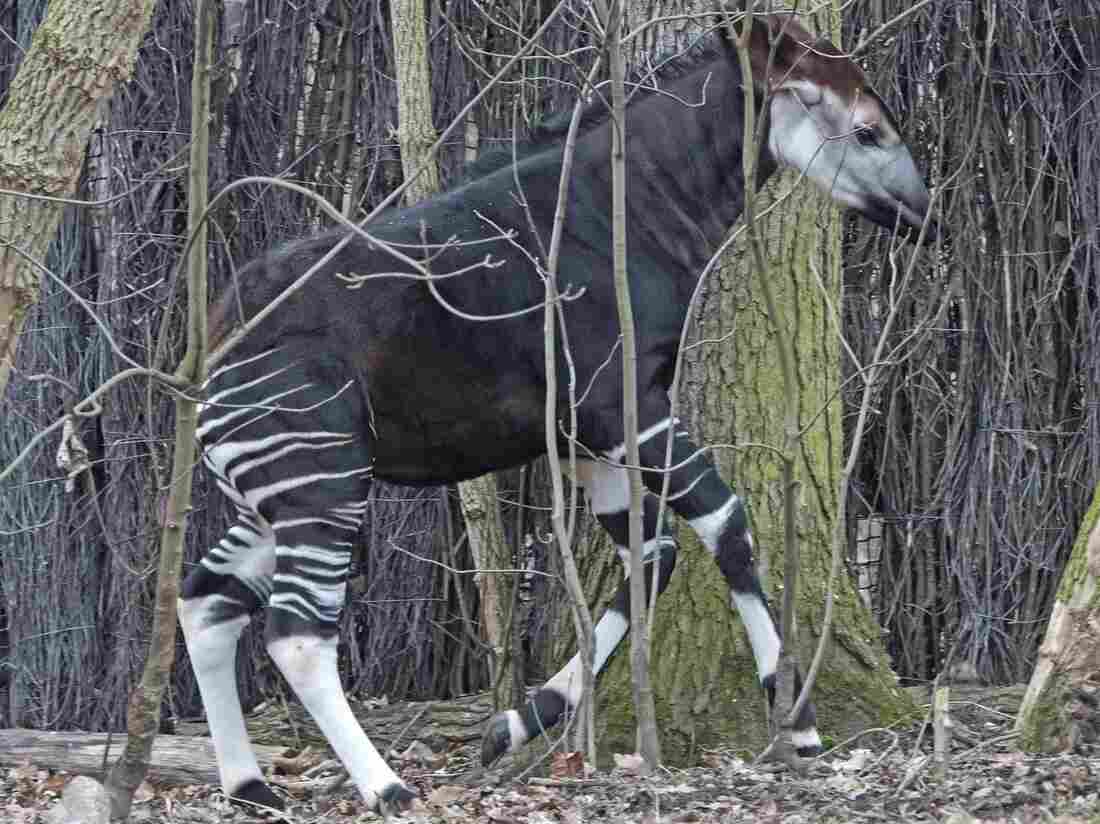 A young okapi at a zoo in Leipzig, Germany, in 2015. Jens Meyer/AP hide caption 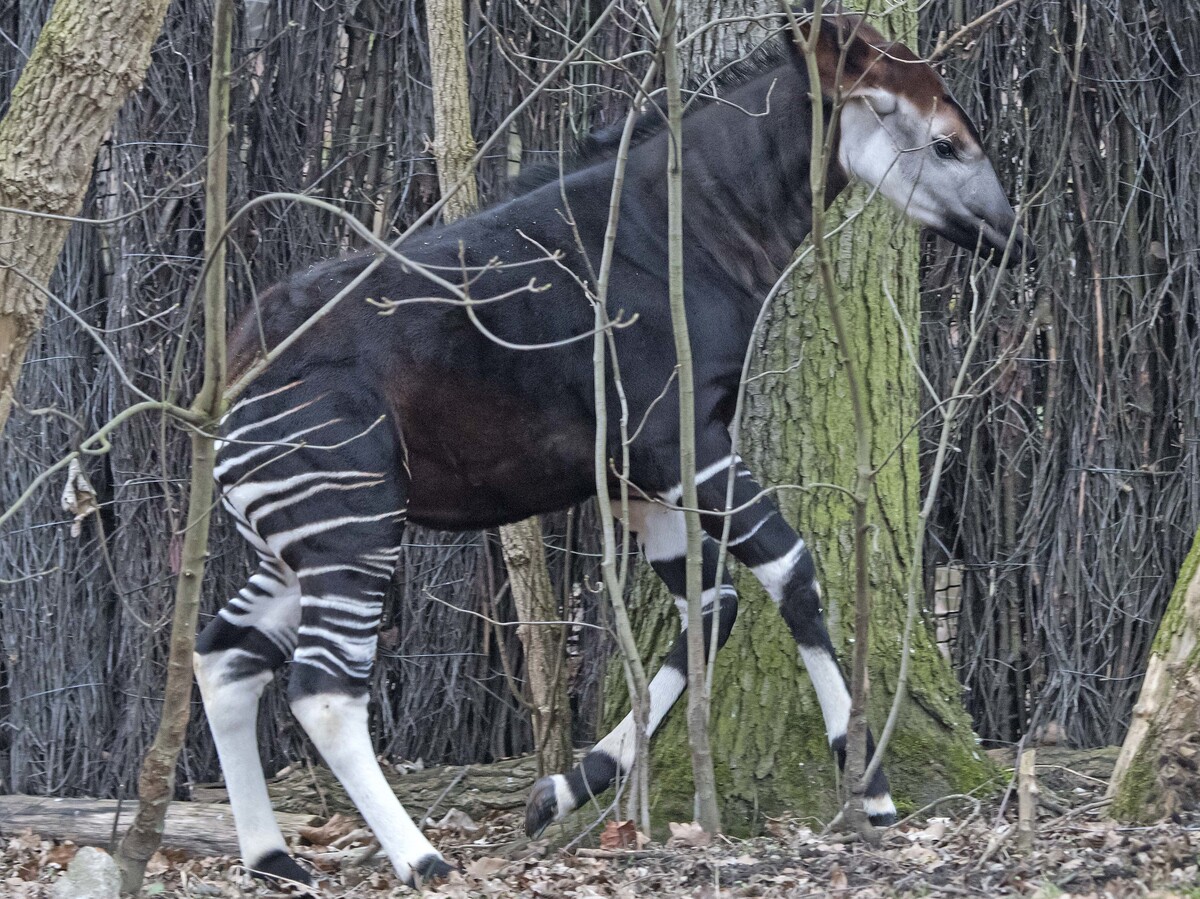 Okapi are even more threatened than the giraffe. Having already gone extinct in Uganda, the remaining population in the Democratic Republic of Congo is listed as endangered by the IUCN.

The newly released report also added more than 700 newly recognized bird species to the Red List, although 13 of those species will not receive any protection from the designation because they are already extinct.

Among the extinct birds are a reed-warbler and two honeycreepers that lived on islands and most likely were wiped out by invasive species, according the report summary.

The bird population data was collected by the conservation organization BirdLife International, a conservation consortium that includes the National Audubon Society in the U.S.