Accessibility links
Opposition Candidate Wins Ghana's Presidential Vote : The Two-Way "It is my duty and my privilege to declare Nana Akufo-Addo as the president elect of Ghana," election commissioner Charlotte Osei said at a news conference. 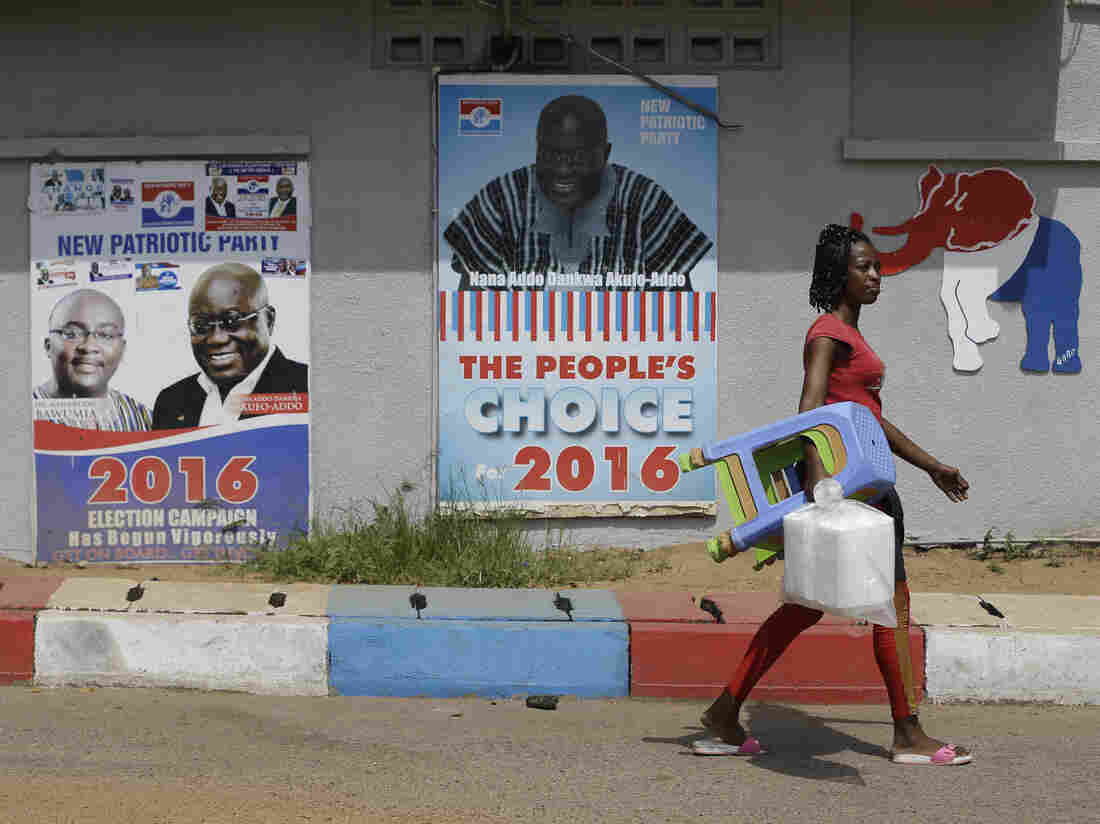 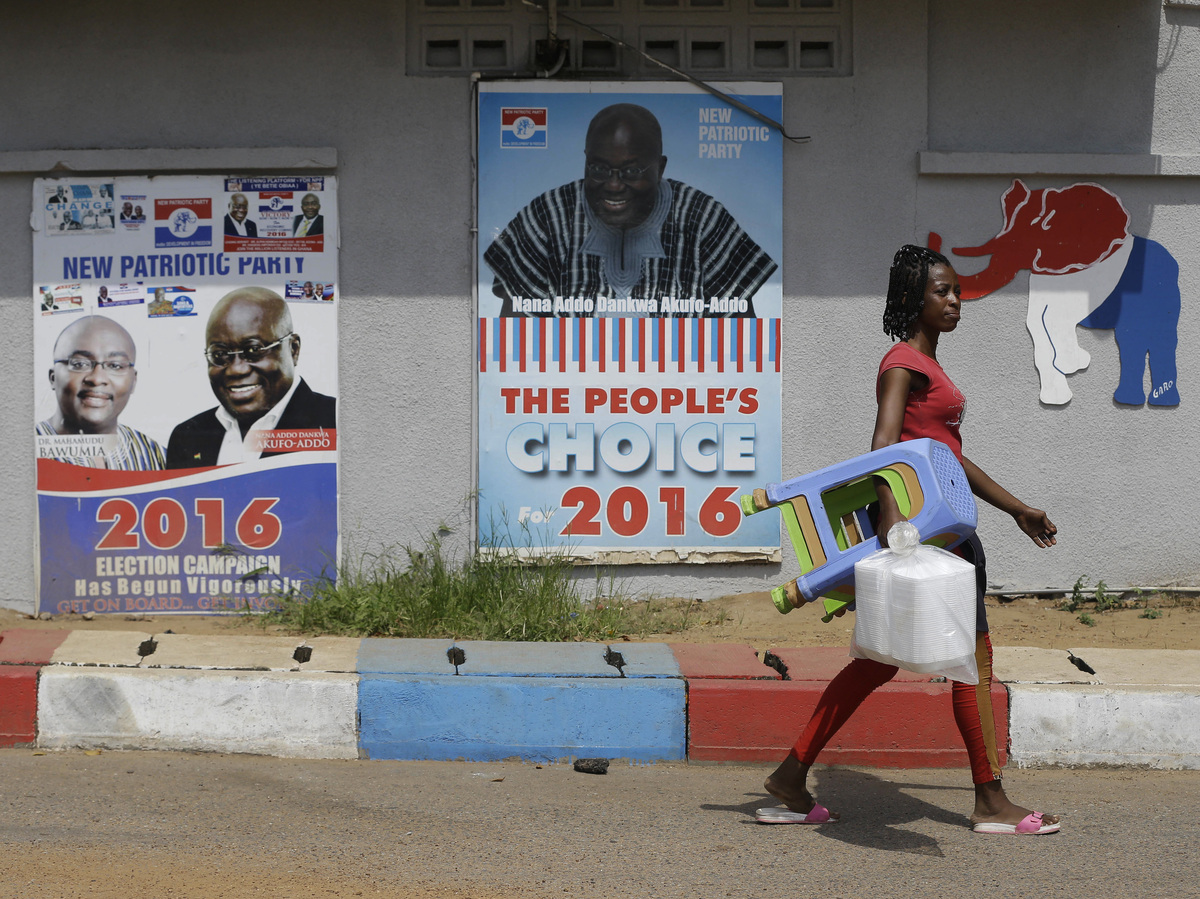 A woman walks past campaign posters of opposition presidential candidate Nana Akufo-Addo of the New Patriotic Party on Thursday in Accra, Ghana.

"It is my duty and my privilege to declare Nana Akufo-Addo as the president elect of Ghana," election commissioner Charlotte Osei said at a news conference, as Reuters reported. He received 53.8 percent of the vote, according to official tallies, compared to the 44 percent current president John Dramani Mahama received.

Even before results were announced from Wednesday's voting, supporters of Akufo-Addo were celebrating his apparent victory over Mahama. And as NPR's Ofeibea Quist-Arcton told our Newscast unit, Akufo-Addo's party claimed an "unassailable lead" based on vote tallies from individual constituencies.

Meanwhile, Mahama had called for voters to be patient, even as he said he would accept the result, as Ofeibea reported:

"After a tense campaign, the Ghanaian leader says the electoral commission should be allowed to do its work and declare the results. Mahama tweeted this morning 'let's allow the EC to carry out its constitutional mandate. We'll make Ghana proud no matter outcome'."

Ghana's state broadcaster reported that Mahama called Akufo-Addo to concede, according to The Associated Press.

Both candidates largely focused on the country's flagging economy during this campaign. Mahama had vowed to "launch more infrastructure projects and create jobs," according to the BBC, while Akufu-Addo has promised to "build a factory in each of Ghana's more than 200 districts."

"Gold, oil and even cocoa bean prices have all dropped," The New York Times reported, "leaving Ghana with a currency crisis, an electricity shortage and a fed-up population that is having trouble seeing the benefits of any incremental progress Mr. Mahama has achieved."

Akufu-Addo previously served as justice and foreign minister when his party was in power.