Accessibility links
Trump And Climate Change: Department Of Energy Questions Causes Concern : The Two-Way The president-elect's team has sent 74 questions to the federal agency, including many about climate-change-focused personnel and programs. The department's lawyers are examining the request. 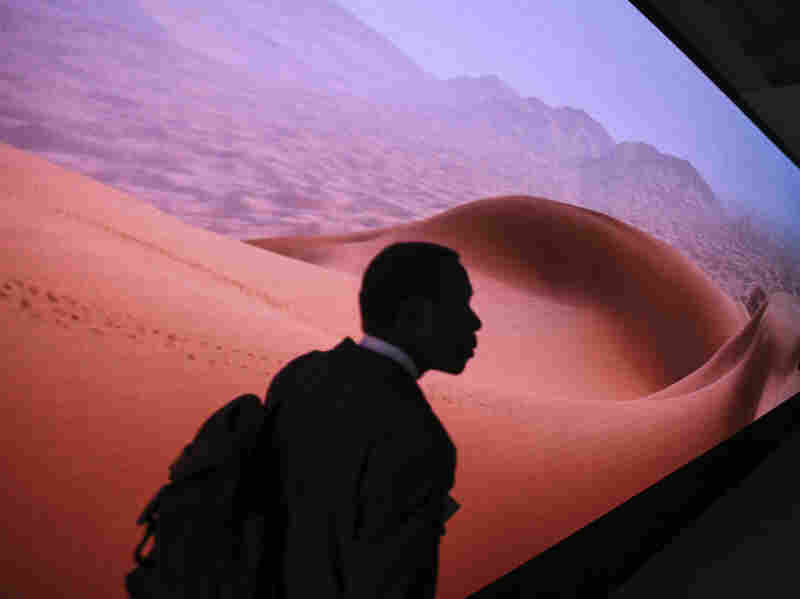 A participant visits the Africa pavilion Nov. 9 at a UN climate conference, in Marrakech, Morocco. President-elect Donald Trump's transition team has asked the Department of Energy to provide the names of all employees who attended such conferences. Mosa'ab Elshamy/AP hide caption 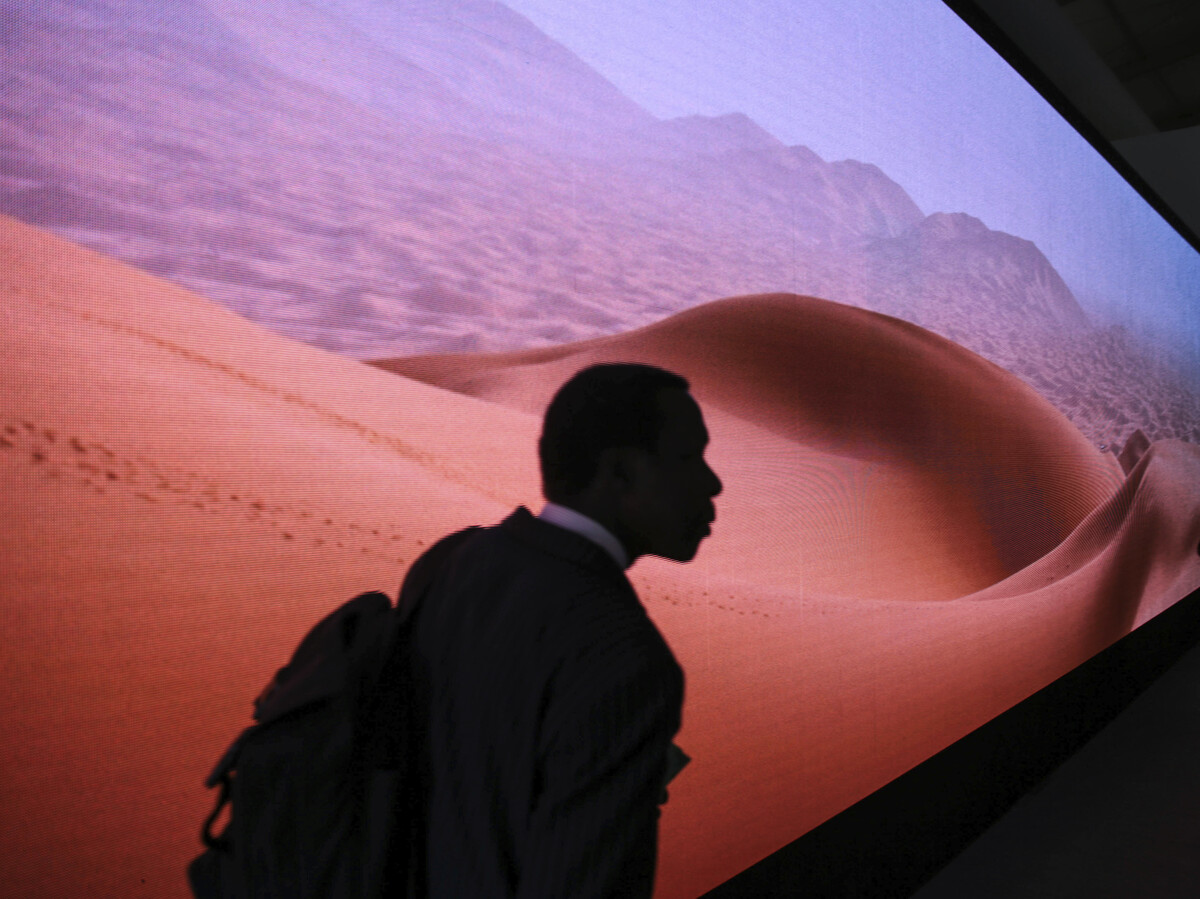 A participant visits the Africa pavilion Nov. 9 at a UN climate conference, in Marrakech, Morocco. President-elect Donald Trump's transition team has asked the Department of Energy to provide the names of all employees who attended such conferences.

Among his campaign promises, President-elect Donald Trump vowed to increase domestic energy production and roll back President Obama's efforts to combat climate change. A lengthy questionnaire recently sent to the Department of Energy suggests that effort may dig deep.

"It wants to know who at the Department of Energy attended domestic and international climate talks. It wants emails about those conferences. It also asks about money spent on loan-guarantee programs for renewable energy. ... The Trump team questionnaire also asks about the Energy Department's role in the Iran nuclear deal, which Trump has called 'stupid.' And it asks for the 20 highest paid employees at the department's national laboratories."

The full list of the transition's questions for DOE is available here.

The questionnaire brought immediate negative reaction from Democratic lawmakers and environmental groups, including a letter to Trump from Sen. Ed Markey of Massachusetts:

"This request suggests that your administration may intend to retaliate against career employees who faithfully executed their responsibilities. ... If any of this information is used to demote, sideline, terminate or otherwise discriminate against federal civil servants whose only 'crime' was to execute the lawful policy directives of their supervisors, then your administration would violate U.S. law that protects employees against such wrongful acts of retaliation."

Energy secretary is one of the few posts for which Trump has not yet announced a nominee, but earlier this week he made Oklahoma Attorney General Scott Pruitt, a steady opponent of federal environmental regulation, his pick to lead the Environmental Protection Agency.

The Washington Post notes a recent history of clashes between Republican administrations and federal environmental scientists:

"In [Ronald] Reagan's first term, Anne Gorsuch was appointed to head the Environmental Protection Agency amid a major push for regulatory rollback. But after Gorsuch resigned amid controversy in 1983, Congress opened investigations into supposed "hit lists" at the agency used to track the views of members of scientific advisory boards, according to contemporary news reports.

"During the George W. Bush administration, there were complaints that scientific documents had been edited to raise doubts about the science of climate change and that researchers had been prevented from speaking openly to the media and sharing their expertise."