Accessibility links
El Faro Cargo Ship's Final Hours Described In Transcript : The Two-Way The National Transportation Safety Board has released a data recorder transcript from the cargo ship El Faro, which sank last year after it sailed into a hurricane. All 33 people on board died. 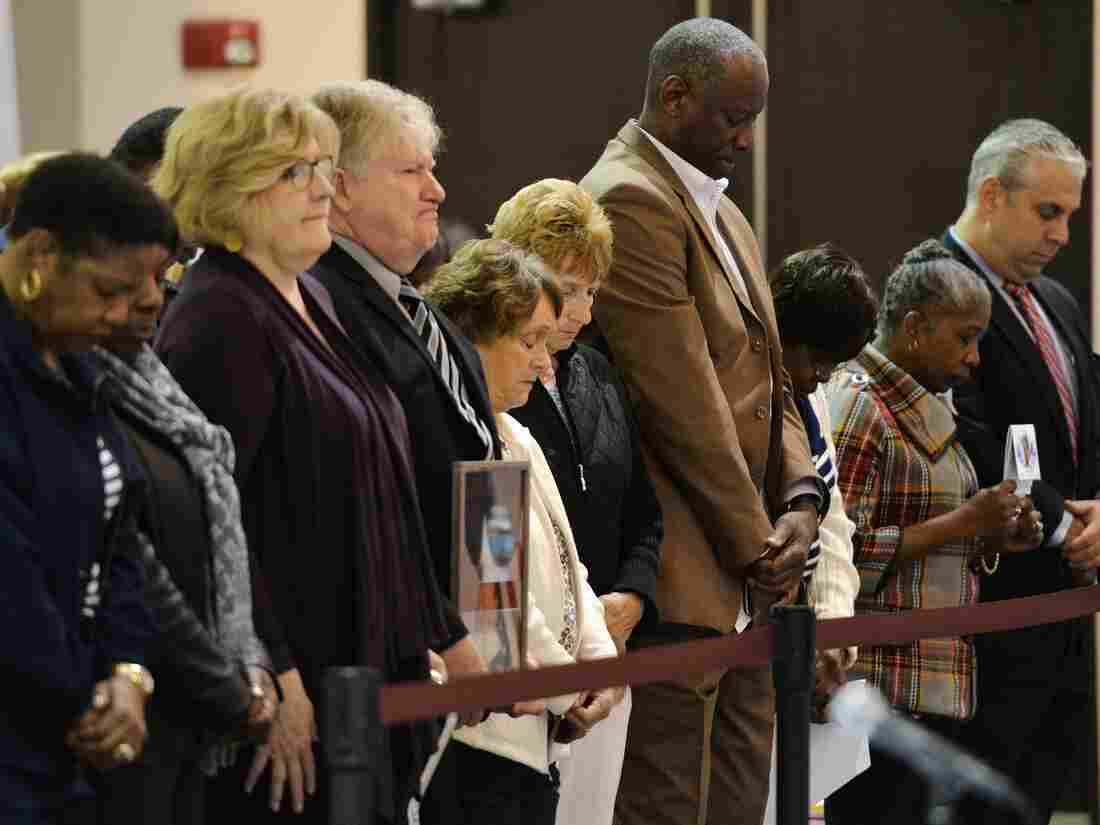 Family members of the crew stand during a moment of silence for those lost on the El Faro ship in February. Bruce Lipsky/AP hide caption 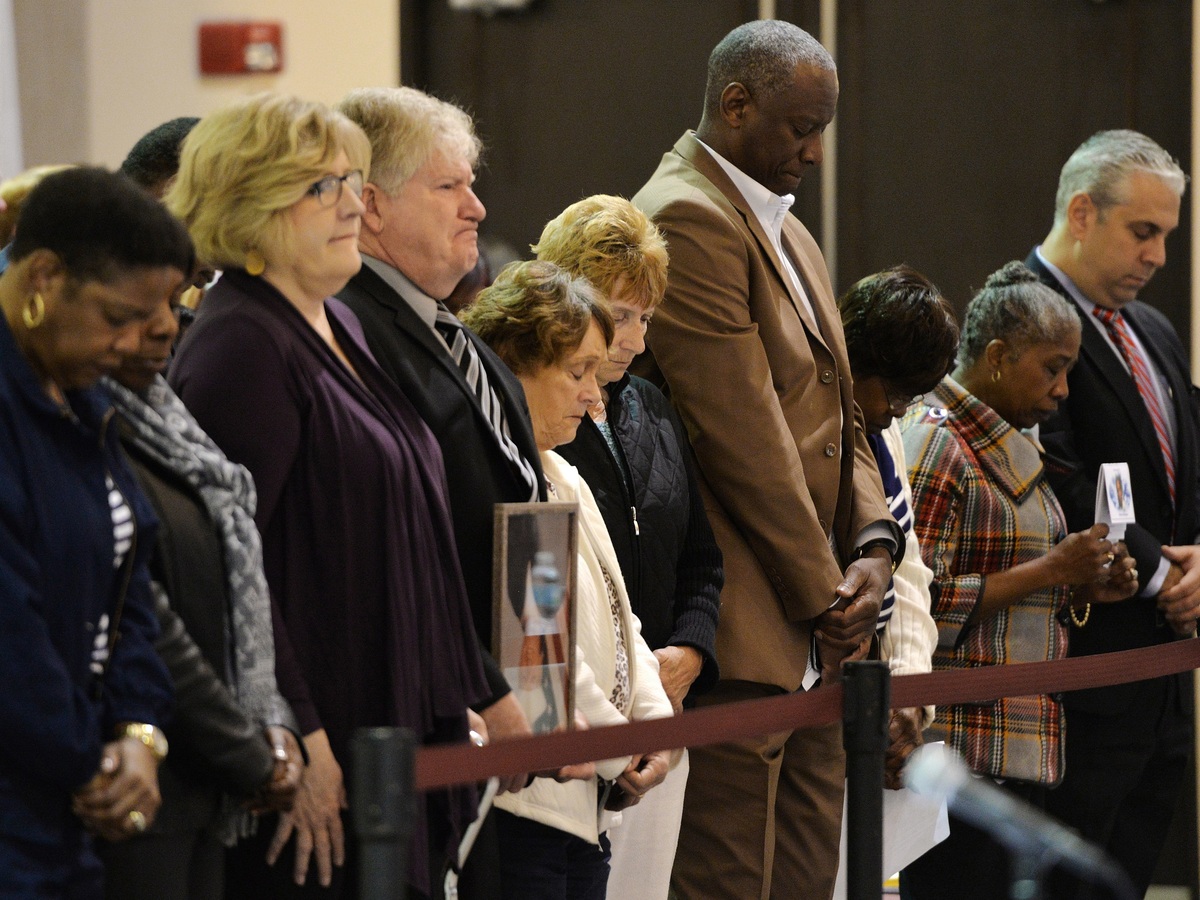 Family members of the crew stand during a moment of silence for those lost on the El Faro ship in February.

In the hours before it sank, crew members of the cargo ship El Faro struggled to find a safe course around an increasingly serious storm, according to a transcript from the ship's data recorder released Tuesday.

All 33 crew members died when the freighter sank near the Bahamas on Oct. 1, 2015, after sailing into the middle of Category 3 Hurricane Joaquin.

The National Transportation Safety Board is still investigating the disaster, but on Tuesday the agency released a 510-page transcript of data recorded on the bridge of the ship, where decisions about its course were made.

The recording covers the final 26 hours of the voyage. It includes audio of crew members talking, as well as information about the weather and the ship's location.

In many cases, NTSB investigators said the voices of various crew members were difficult to understand because the room was metal and sounds echoed. In some cases, the transcript report notes, voices were unintelligible.

Still, the transcript provides a window into the final night aboard El Faro, and some of what the crew talked about, particularly the ship's captain, Michael Davidson.

As NPR's Greg Allen has reported, Davidson was an experienced captain:

When he left port on Tuesday in the El Faro, Joaquin was a tropical storm, not a significant concern. On early Thursday when he made the radio call to the company, Davidson said the ship was listing to one side, had lost its propulsion, was taking on water."

The ship's chief mate, second mate and third mate all spent significant amounts of time on the ship's bridge during the crisis, sometimes for hours on end without the captain during shifts when Davidson was scheduled to sleep.

Beginning before midnight, the transcript shows crew members, all of whose names were redacted from the transcript, were aware the instrument on the ship measuring wind speed was not providing accurate information.

At a press conference announcing the release of the transcript, officials from the NTSB declined to comment on who or what ultimately caused the ship to sink, citing the ongoing investigation.

The following is a partial timeline of the last night aboard El Faro, beginning the evening of Sept. 30 and ending when the recording ends the morning of Oct. 1.

Partial timeline of the last night aboard El Faro

7:57 p.m. Capt. Davidson and the chief mate have a "brief unintelligible conversation." The captain's voice "was not detected again on the bridge until 4:09 a.m.

8:21 p.m. Third mate discusses his concern about the ship's overnight route taking it so close to where he understood the storm to be with a junior crew member. "Maybe I'm just being a Chicken Little. I don't know," says the third mate. 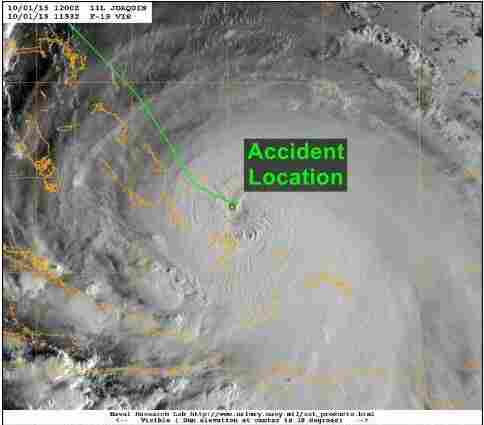 A map of Hurricane Joaquin showing where the ship El Faro sank early on Oct. 1, 2015. via NTSB hide caption

11:05 p.m. Third mate calls Capt. Davidson, who has left the bridge, to suggest he look at the latest forecast, and tells the captain it shows the hurricane with 100 mph winds "advancing toward our trackline — and uhh puts us real close to it" by 4 a.m. The captain's side of the conversation was not on the recording.

11:13 p.m. Third mate calls Capt. Davidson and says at 4 a.m. the ship will be 22 miles from the center of the storm, which will have wind gusts up to 120 mph, and provides a possible alternative route that involves turning south at 2 a.m.

12:43 a.m. Second mate expresses frustration that "every time we come further south the storm keeps trying to follow us," indicating that at least one adjustment had been made to the ship's course in reaction to the hurricane.

2 a.m. National Hurricane Center "predicted seas of 30 feet with sustained winds of 74 mph, increasing to 121 mph," according to the NTSB.

Excerpt of data recording transcript from 2:47 a.m. "AB-2" refers to a junior member of the ship's crew. "2M" refers to the ship's second mate. via NTSB hide caption

2:48 a.m. Second mate and junior crewmember have the following exchange:

Second mate: "That was a doozy. That was not a good one."

Junior crewmember: "Yeah that was a big wave."

4:10 a.m. Capt. Davidson arrives on bridge, refers to the weather as "a typical winter day in Alaska."

5:54 a.m. Chief mate tells the captain one of the ship's holds is flooded.

6:13 a.m. Capt. Davidson says he thinks the ship has lost propulsion and that the ship is listing to one side.

6:38 a.m. Capt. Davidson and second mate discuss email addresses for the U.S. Coast Guard and "the company," referring apparently to the ship's owner.

6:54 a.m. Capt. Davidson says it is "miserable right now" and that "we're gonna stay with the ship. We are in dire straits right now."

"This is a marine emergency. ... we had a hull breach, a scuttle blew open during a storm. We have water down in three hold. We have a heavy list. We've lost the main propulsion unit. The engineers can not get it going.

7:29 a.m. Someone yells there are shipping containers in the water.

7:39 a.m. Recording ends with Capt. Davidson still on the bridge of the ship. 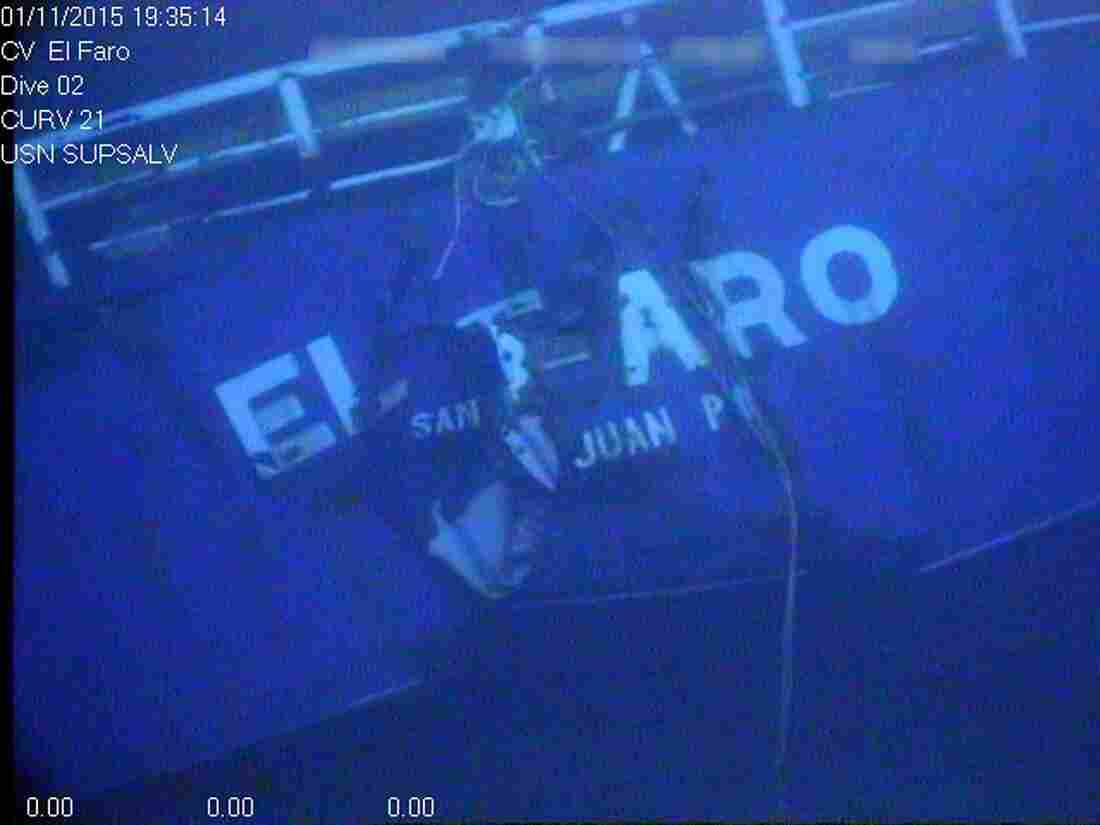 An undated image made from an NTSB video released April 26, 2016, shows the stern of the sunken ship El Faro. National Transportation Safety Board via AP hide caption 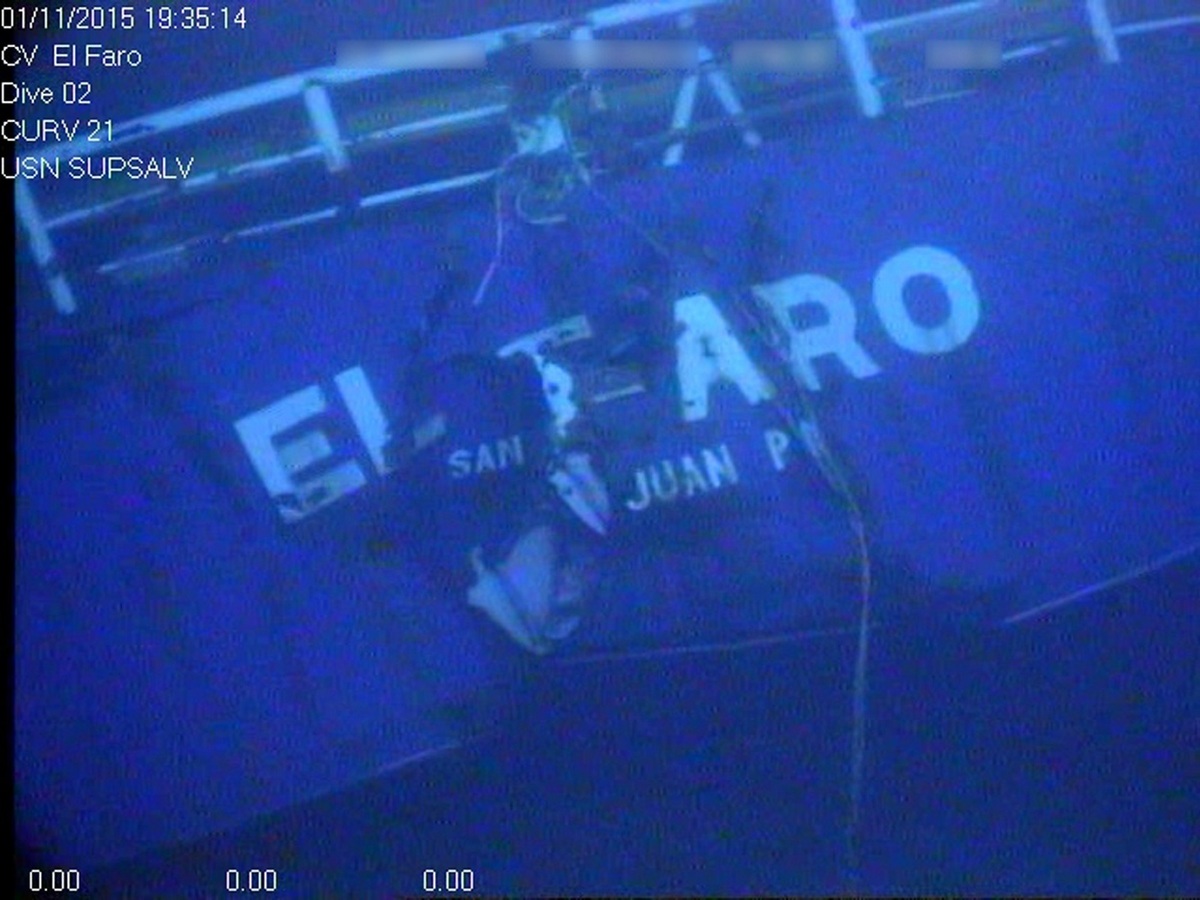 An undated image made from an NTSB video released April 26, 2016, shows the stern of the sunken ship El Faro.

National Transportation Safety Board via AP