Accessibility links
Beautiful Huntresses: Scientists Explain Why Mantises Evolved To Resemble Orchids : The Two-Way Typically, when insect females evolve to become larger than males, it's in order to produce more offspring. But female orchid mantises evolved to look like flowers for a sinister reason: to hunt prey. 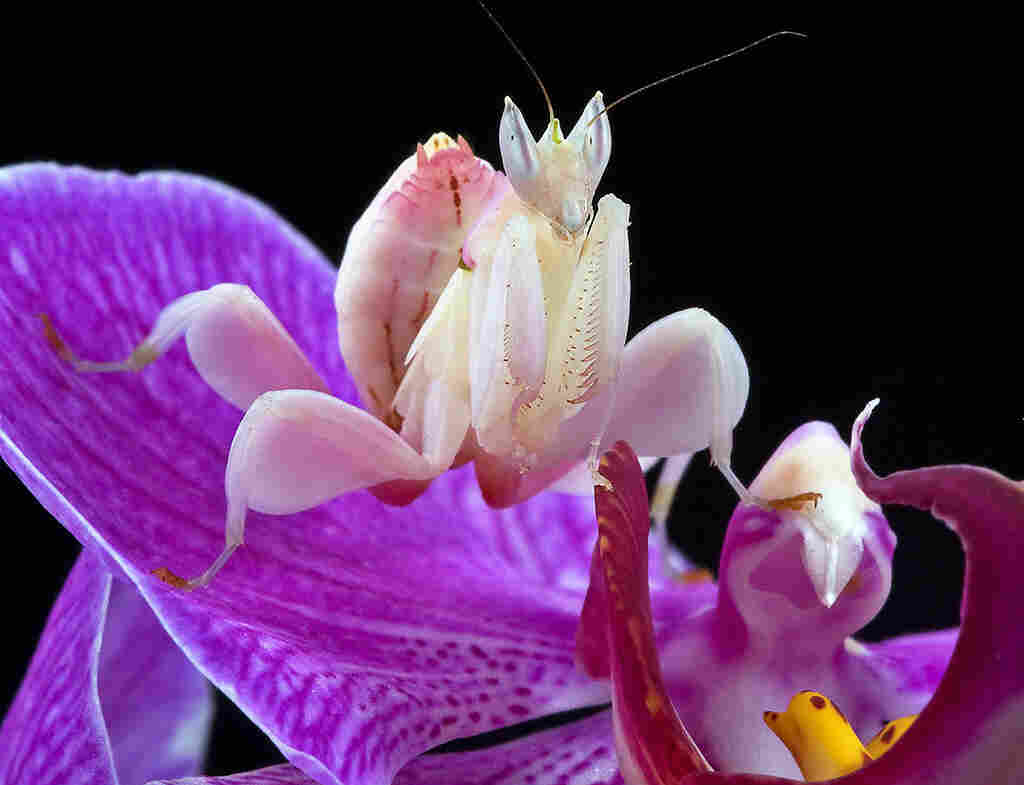 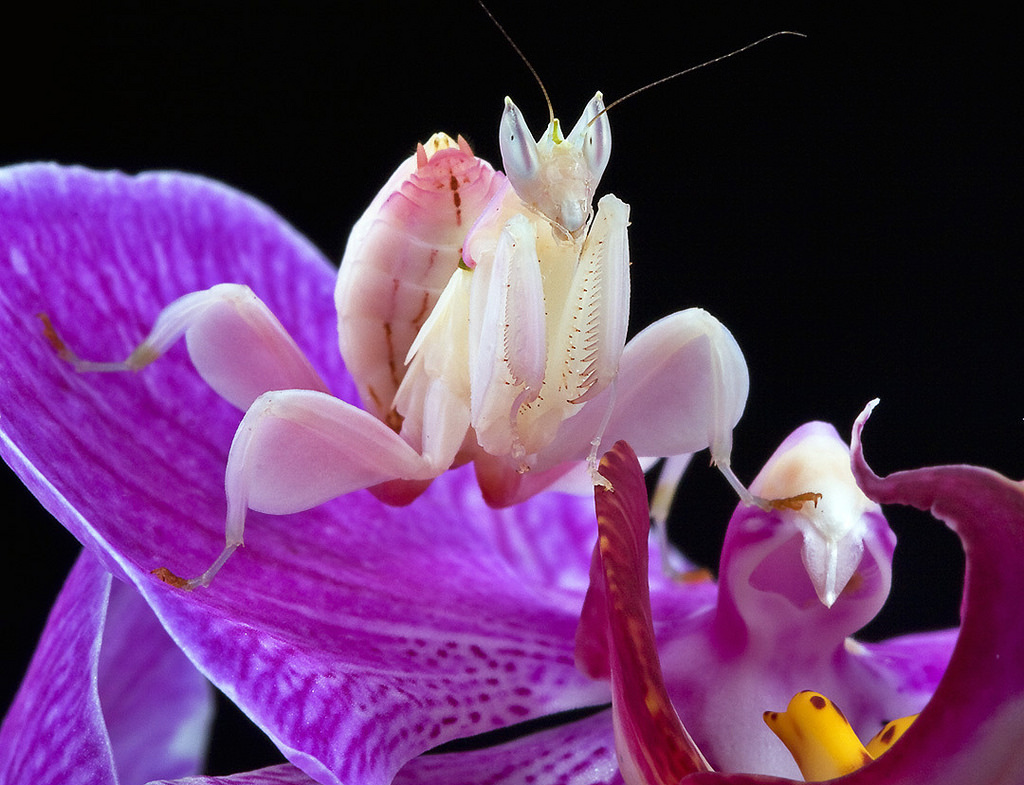 Female orchid mantises are dazzlingly beautiful, with pinkish legs that appear to form a delicate flower blossom. They're also double the size of their far plainer male counterparts.

Typically, when insect females evolve to become much larger than males, it's to maximize the number of offspring they can produce. But scientists believe that female orchid mantises evolved into beautiful flower forms for a more sinister reason: to hunt prey.

Researchers have traced the evolutionary history of the two known species of orchid mantises, found in Southeast Asia, using genetic analysis and evolutionary modeling. The evolutionary changes enhanced the female's predatory abilities, as the scientists recently described in Scientific Reports. 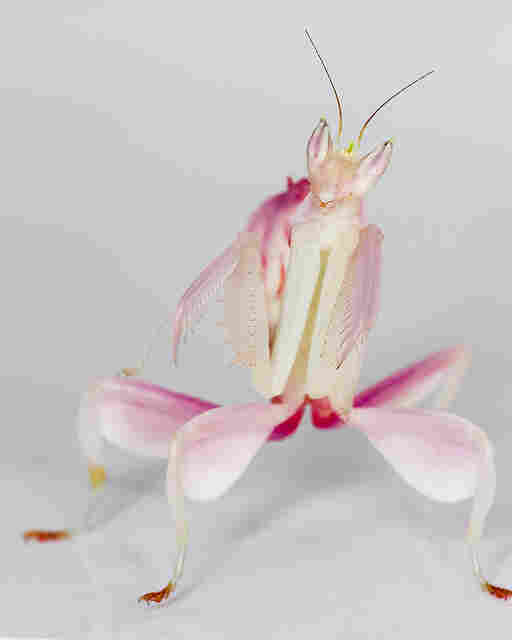 Long ago, males and females were approximately the same size and had patterns that helped them to blend into the foliage as they waited to ambush prey, as Gavin Svenson, head of invertebrate zoology at the Cleveland Museum of Natural History, tells The Two-Way.

"And then you have a small group within that overall lineage that has a significant increase in female size," he says, allowing them to hunt larger pollinators. At this point, Svenson says, "once you get a large female that [seek out and] overcome pollinators and feed on all these pollinators, then wouldn't it be better to just attract the pollinators yourself?"

That's exactly what happened in the next evolutionary split, Svenson and his colleagues found. Instead of trying to blend into their surroundings with drab colors, the mantises evolved into the "crazy floral masqueraders" they are now. Instead of lying in wait for a pollinator to come to a flower, they became the "flowers" themselves.

And they're really good at being "flowers" — in fact, Svenson says that pollinators are more attracted to orchid mantises than they are to actual flowers.

In short, once these female mantises "weren't restricted by male morphology anymore," they really started to blossom.

Wondering what the female orchid mantis looks like in action? Take a look at them hunting in this National Geographic video:

The males remained small and plain primarily in order to seek mates, Svenson says. From an evolutionary perspective, if the male "had to deal with the same type of lifestyle, it would be really difficult for him to go out and find females and mate with females." Svenson explains:

"So if you were a big, giant male, matching the size of the female, and you look like an orchid, or a flower, and it was your job to move around the environment to find a female — first of all you'd be slow, you'd be terrible at flying because you're this giant flower mimic, and everything would see you. So it would be a pretty bad strategy."

The team's conclusion that female predation, not fecundity, drove the orchid mantis' evolution is surprising. In fact, the paper states that it is the first time that pattern has been found in an arthropod lineage.

But Svenson says it speaks to a larger point about insect evolution. "Insects are so diverse," he says, "and they're doing so many different things that to say there's a general trend of anything in insect diversity is probably a bad idea ... because there's something somewhere that will violate that."