Accessibility links
Voice Of America's Independence Under Trump Questioned As Governance Changes : The Two-Way Leadership of the federal government's foreign news service is shifting from a bipartisan governing board to a CEO. Some worry that could leave the broadcaster subject to White House pressure. 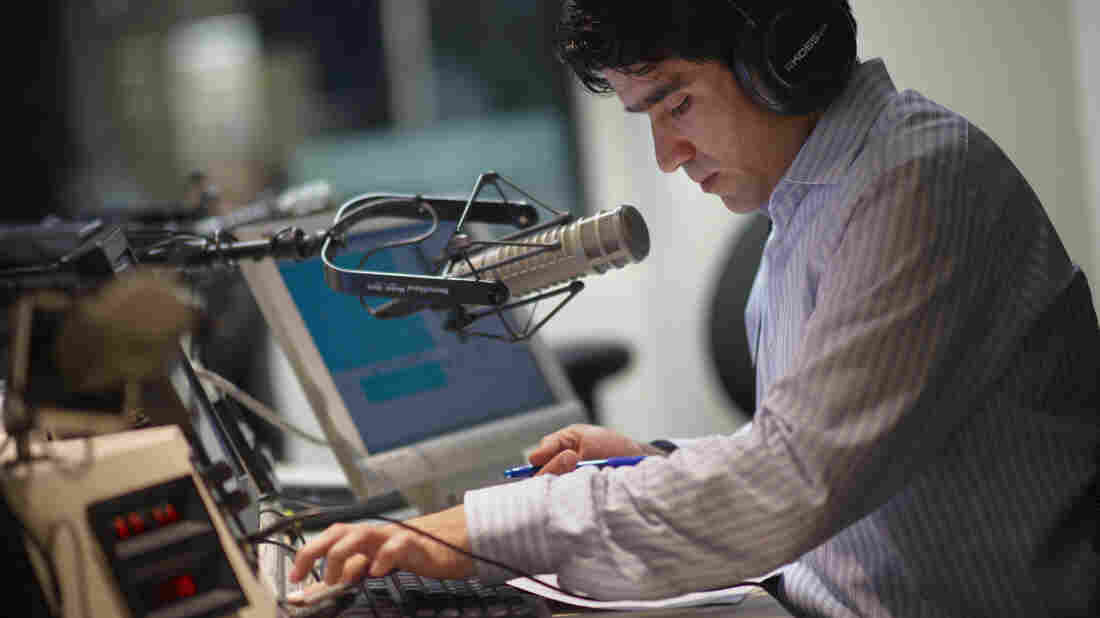 Voice Of America Afghan Service broadcaster Daoud Sediqi listens to a caller in 2009 in a studio in Washington. The federally funded outlet and its affiliates broadcast news around the world in multiple languages. Mandel Ngan/AFP/Getty Images hide caption 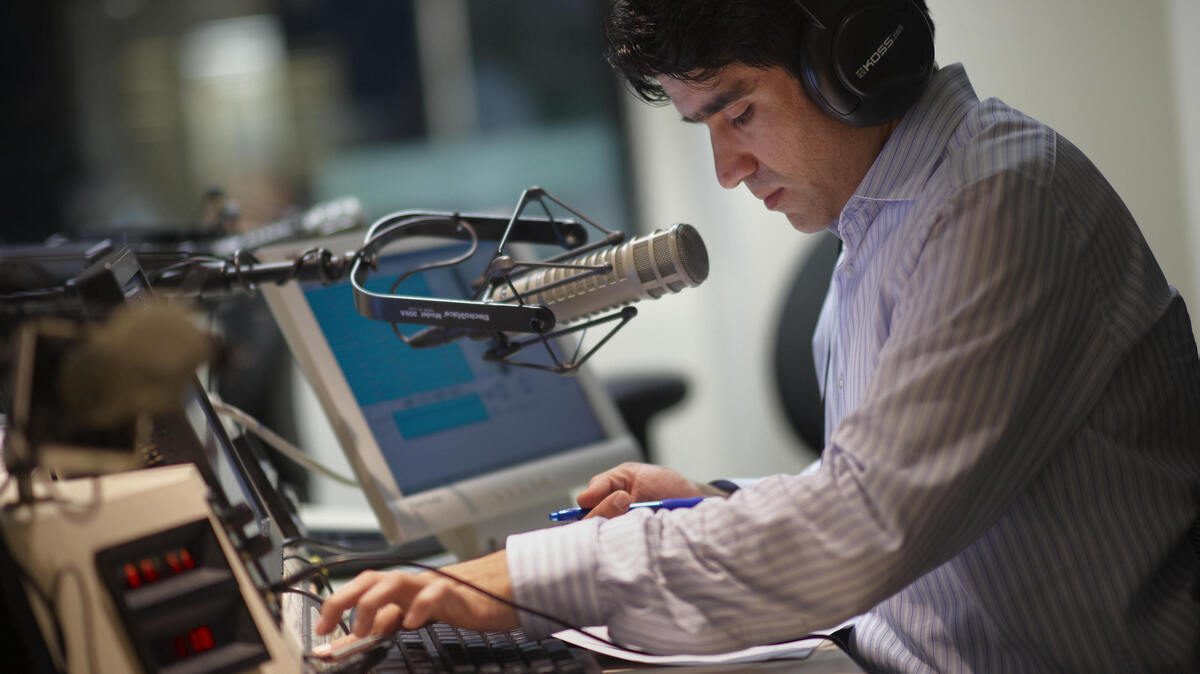 Voice Of America Afghan Service broadcaster Daoud Sediqi listens to a caller in 2009 in a studio in Washington. The federally funded outlet and its affiliates broadcast news around the world in multiple languages.

A new law is raising concern that the journalistic independence of Voice of America and other federal broadcasters could be compromised by a future White House eager to market itself abroad.

The federally funded Voice of America — and its affiliated broadcasters such as Radio Martí, Radio Free Europe/Radio Liberty and Radio Free Asia — is intended to provide reliable news reports in multiple languages to countries that lack a viable independent media and to promote democratic values abroad.

The new law strips away the presidentially appointed bipartisan Broadcasting Board of Governors. The broadcasters instead would answer to a chief executive nominated by the president and confirmed by the U.S. Senate.

The Obama administration embraced the change, promoted by congressional Republicans before the November elections. It was passed earlier this month by the Republican-controlled House and Senate as part of a much larger and essentially unrelated bill, which awaits Obama's signature or veto.

From The Archives: Voice of America Prompt Accusations Of Political Interference June 17, 2005

The board was intended to insulate the broadcasters' journalists from political interference, but management by part-time, nonresident board members proved unwieldy; last year the board appointed a former Scripps executive, John Lansing, as CEO with day-to-day responsibilities.

The new law's formalization of the structural shift, to an advisory board with a CEO directly appointed by the president, was seen as a way to ensure the broadcasters could function more smoothly.

But the election of Donald Trump, whose attitude toward the press veers wildly depending on the favorability of the treatment he receives, has left some supporters of the venerable broadcaster worried. Critics, such as Democratic board member Michael Kempner, charge that the Obama administration and Congress are handing Trump new propaganda tools with a vast international reach.

For decades, the international U.S. broadcasters were not allowed to present their programs to the United States, but that ban was lifted in 2013, accentuating the concerns of what a Trump administration might bring.

"Congress unwittingly just gave President-elect Trump unchecked control of all U.S. media outlets," Kempner told Politico. "No president, either Democrat or Republican, should have that kind of control. It's a public jewel. Its independence is what makes it so credible."

The Washington Post's editorial board, suggesting Trump could appoint the head of Breitbart News as the broadcasting CEO, wrote, "If Congress's intention was for U.S. broadcasting to rival the Kremlin's, it may well get its wish."

In the past, the promise of journalistic independence could be found in a firewall preventing meddling by political figures. The U.S. secretary of state sits on the nine-member Broadcasting Board of Governors or assigns someone to do so by dint of his or her position.

A spokeswoman for the board said in a statement to NPR that the legislation makes no change to the statutory protections afforded the federal broadcasters.

"The CEO now is legally required to abide by and oversee the firewall," the spokeswoman said. "It is the job of the news directors, editors and broadcasters, under the strict journalistic standards spelled out in the U.S. International Broadcasting Act of 1994, to determine the stories that get covered."

Amanda Bennett, director of the nearly 75-year-old Voice of America, says journalists in her newsroom take great pride in that promise.

"I really value this as a neutral, credible, objective, nonpolitical news organization, and I want to make sure we do everything possible to keep it that way," Bennett tells NPR. "I also presume that everybody else does, too. I am comfortable that this country values what we do."