Accessibility links
University of Minnesota Football Players Boycott After 10 Teammates Suspended : The Two-Way As the university responds to a sexual assault allegation, the rest of its football team has declared a boycott. The team is scheduled to play in the Holiday Bowl on Dec. 27. 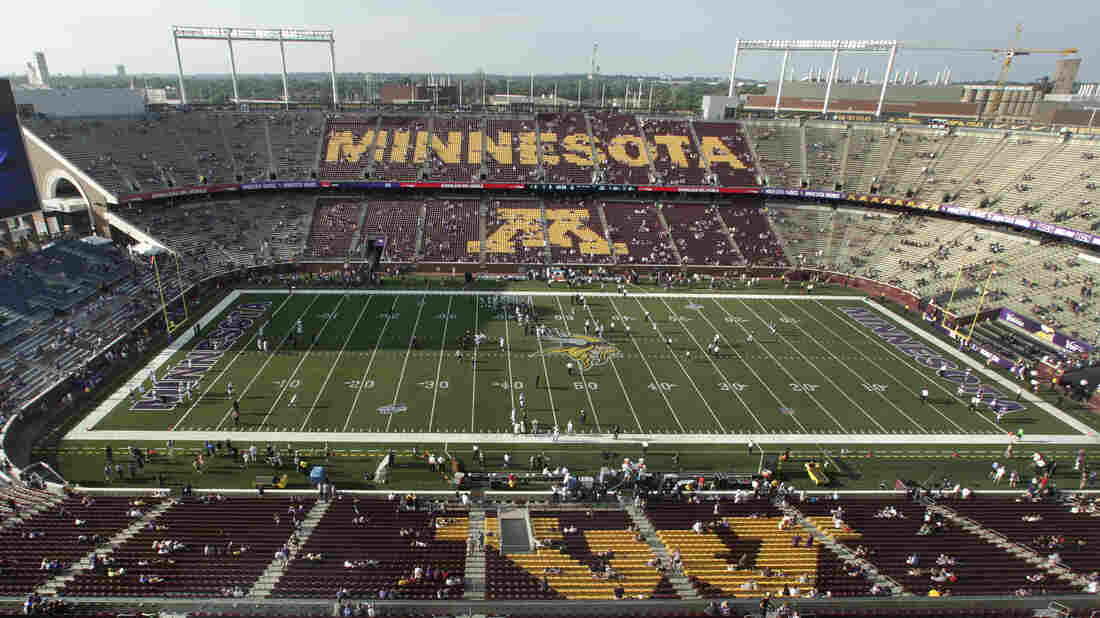 The University of Minnesota Golden Gophers, whose home stadium is pictured, are scheduled to play in the Holiday Bowl on Dec. 27. Paul Sancya/AP hide caption 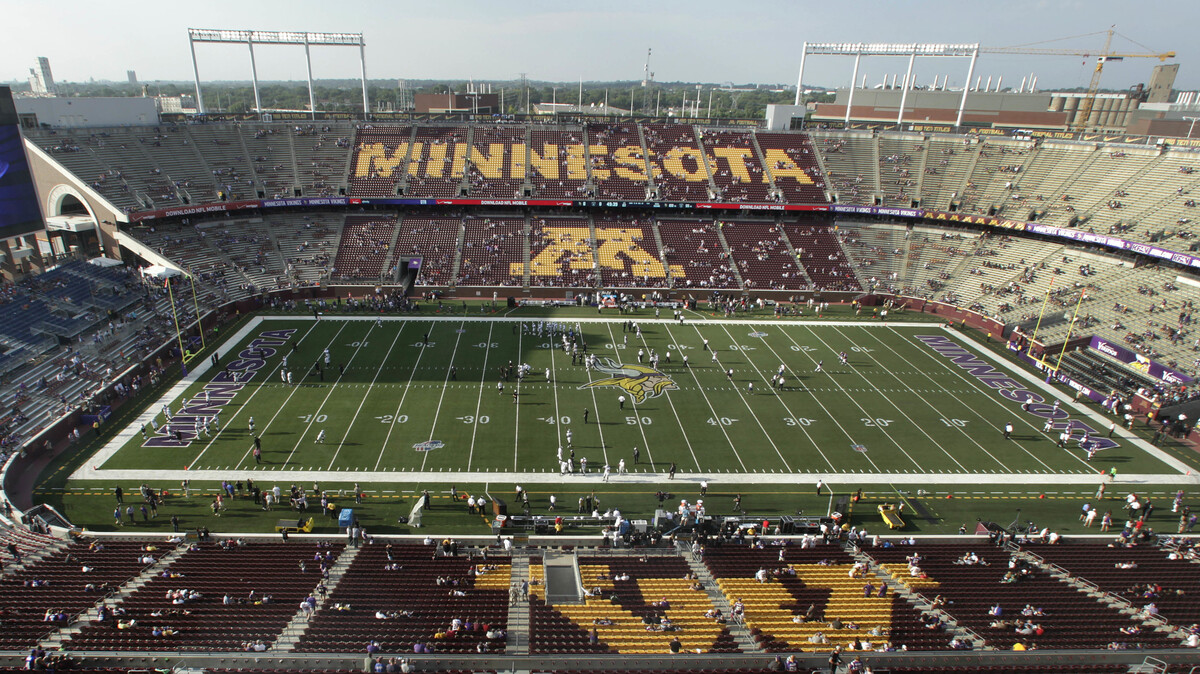 The University of Minnesota Golden Gophers, whose home stadium is pictured, are scheduled to play in the Holiday Bowl on Dec. 27.

Days after 10 of its members were suspended as part of the University of Minnesota's response to a sexual assault allegation, the rest of the team has declared a boycott. The team is scheduled to play in the Holiday Bowl on Dec. 27.

Announcing the boycott at the Golden Gophers' practice facility Thursday night, the players said the suspended athletes, four of whom had already served team suspensions over the case, have now seen their reputations destroyed without the benefit of due process.

"We're concerned that our brothers have been named publicly with reckless disregard in violation of their constitutional rights," senior wide receiver Drew Wolitarsky said, according to student-run newspaper Minnesota Daily. "This effort is by players, and for players."

As the players took their stand against the university, head coach Tracy Claeys tweeted his support: "Have never been more proud of our kids. I respect their rights & support their effort to make a better world!"

Have never been more proud of our kids. I respect their rights & support their effort to make a better world! 〽️🏈

The coach struck a markedly different tone than university president Eric W. Kaler, who had said one day earlier that Claeys had made the decision to suspend 10 players indefinitely, in consultation with the school's athletics director Mark Coyle.

The suspensions followed a Title IX investigation into a case that had already resulted in a police inquiry and several players being punished. As Minnesota Daily reports:

"A woman reported to police that she was sexually assaulted after midnight Sept. 2, on the same night after the Gophers beat Oregon State in the home-opener. Claeys suspended four of the players — [Ray] Buford, [KiAnte] Hardin, Dior Johnson and Tamarion Johnson — on Sept. 10 for three games for team rule violations.

The Minneapolis Police Department investigated the four players' involvement in the alleged Sept. 2 sexual assault, but the Hennepin County Attorney's Office later declined to pursue charges against the players on Oct. 3. No player was arrested, and Claeys lifted the suspensions the following day."

The case took a new direction Tuesday, when the school's Office of Equal Opportunity and Affirmative Action recommended suspending those four players and six others.

School president Kaler said it was "incredibly disappointing" to suspend the players. He then cited privacy restrictions that kept him from providing details about the decision, which he said "is based on facts and on our University's values."

The dispute comes one year after the University of Minnesota enacted its affirmative sexual consent policy, which is more stringent than policies that require consent to be "mutually understood."