Accessibility links
North Carolina Governor Signs Law Limiting Power Of His Successor : The Two-Way Gov. Pat McCrory, a Republican, lost in November to Democrat Roy Cooper. The law leaves the new administration weaker, in particular, on a key board that oversees elections. 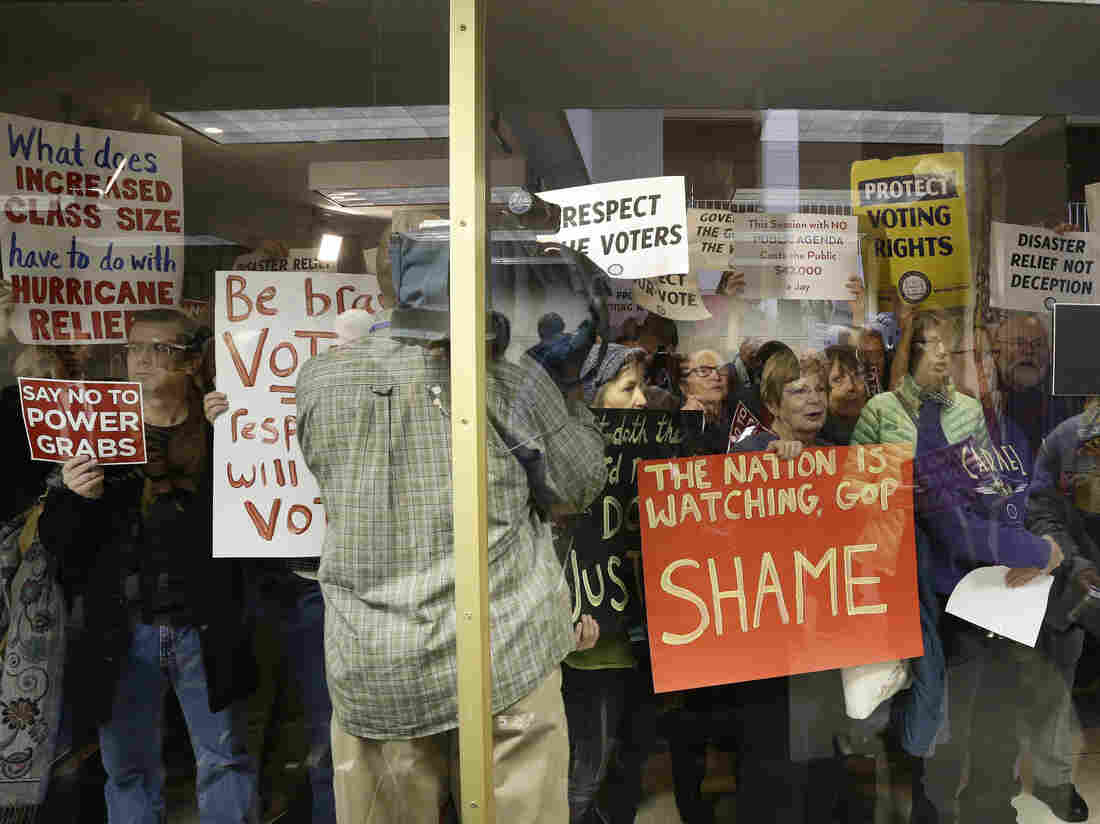 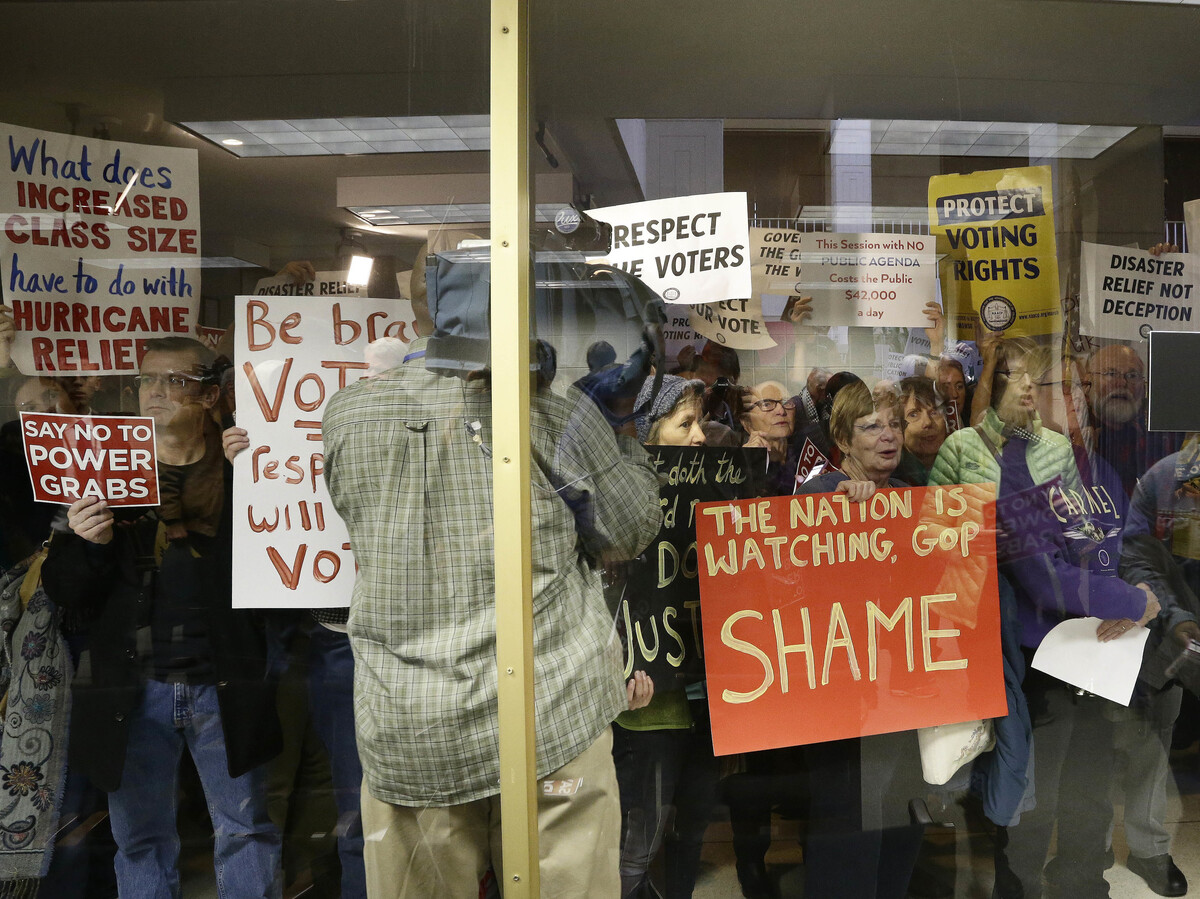 Protesters gather Thursday during a special session at the North Carolina Legislature in Raleigh.

As we have reported, the change could have ripple effects, since the state body appoints members to county election boards across the state.

Three of North Carolina's county election boards faced a legal challenge in November after they attempted to revoke the voting rights of thousands of registered voters shortly before Election Day. A federal judge blocked the move.

The new law also increases the power of the state's appellate court and requires the party affiliations of judicial candidates to be printed on ballots.

Jeff Tiberii of member station WUNC reports that "protesters gathered at the N.C. General Assembly to voice their opposition to these Republican policy proposals and chanted in unison, 'Shame! Shame! Shame! Shame! Forward together, not one step back!' "

According to a tweet by Tiberii, Lt. Martin Brock of the General Assembly police force said his officers arrested 39 people during demonstrations at the Legislature building on Friday, and that 17 others had been arrested on Thursday.

WUNC reported Cooper said the moves by state Republicans would have wide-ranging impacts in education, tax policy and health care, saying: "They knew for weeks what they were going to do and they didn't tell the public. That's wrong. They need to put these issues out on the table so that the people know about them so that there's time to debate them."

On Friday, the Legislature also passed a second bill that would further curb the powers of the incoming administration. That bill, if McCrory signs it, would require Cooper's Cabinet secretaries to receive Senate confirmation, would significantly reduce the number of administrative positions in the executive branch, would strip the governor of his right to appoint trustees to the University of North Carolina and would take away some of the governor's power to oversee schools in the state.

Republicans hold large majorities in both chambers of the state Legislature and will continue to do so when the new session begins in January.

Cooper, the state's current attorney general, beat McCrory by a slim margin in the November election, and McCrory initially refused to concede until a vote recount proved he had lost by about 10,000 votes.