Accessibility links
China Says It Will Return Seized U.S. Underwater Drone In 'Appropriate' Way : The Two-Way A Chinese military spokesman says the drone was taken so it wouldn't pose a danger to ships; he also blames the U.S. for adding drama to the incident. 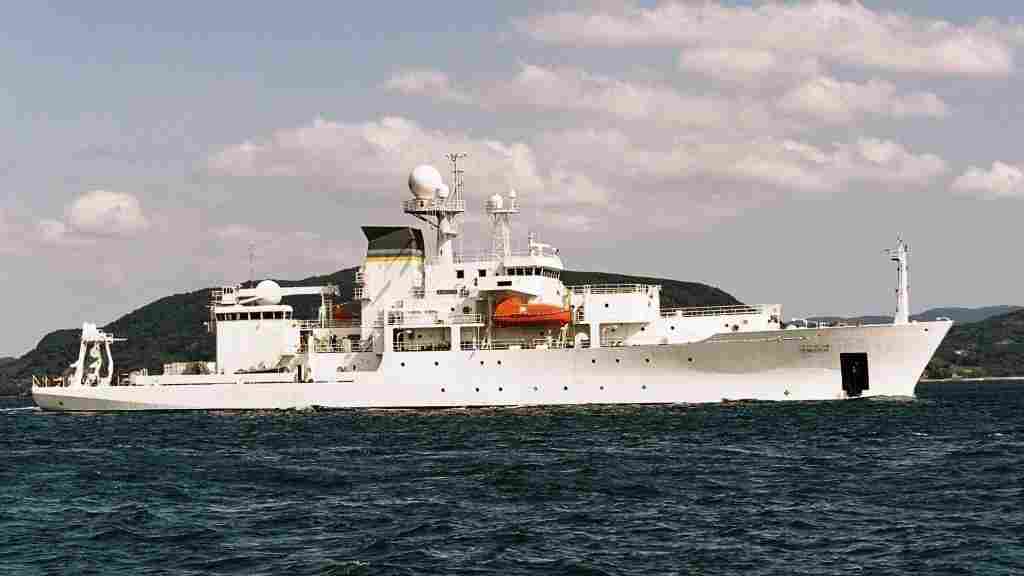 An unmanned underwater vehicle, or UUV, was deployed by the oceanographic and survey ship USNS Bowditch (seen here in a U.S. Navy file photo) — but it was retrieved by a Chinese navy ship. U.S. Navy hide caption 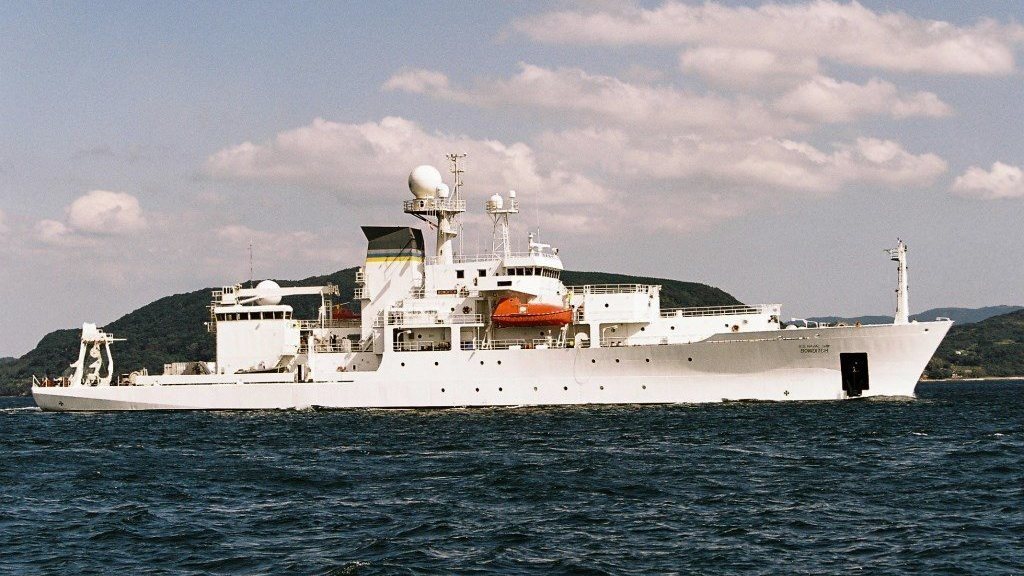 An unmanned underwater vehicle, or UUV, was deployed by the oceanographic and survey ship USNS Bowditch (seen here in a U.S. Navy file photo) — but it was retrieved by a Chinese navy ship.

China's Defense Ministry is pledging to "hand over the U.S. underwater drone it captured in its waters to the United States in an appropriate manner," providing its own narrative to describe a situation that American officials say has no recent precedent.

Saturday's statement by ministry spokesperson Yang Yujun constitutes Beijing's most extensive remarks on the issue, one day after the Pentagon announced that the USNS Bowditch, an oceanographic survey ship, had watched as a Chinese warship deployed a small boat to snatch an "ocean glider" — an unmanned underwater vehicle, or UUVs — from international waters in the South China Sea.

"In order to prevent the device from causing harm to the safety of navigation and personnel of passing vessels, the Chinese naval lifeboat verified and examined the device in a professional and responsible manner," Yang said, according to a translation from state-run Xinhua News.

Chastising the U.S. for choosing to "dramatize" the matter, the Chinese spokesperson continued, "The Chinese side has decided to hand over it to the U.S. in an appropriate manner. Both sides have been maintaining communication on the issue. The U.S. side's unilateral move to dramatize the issue in the process is inappropriate, and not conductive to its settlement. We regret that."

The Chinese version of events is markedly different from the Pentagon's — U.S. officials say the Chinese ship was following the American vessel, and that the drone's origin wasn't in doubt.

As Camila wrote for NPR Friday:

"The Bowditch was retrieving one vehicle when a Chinese warship pulled up, put a small boat in the water and retrieved the second UUV, officials told reporters.

"The U.S. sent radio messages requesting that the drone be returned, the Pentagon statement said, but the Chinese ship merely acknowledged the messages and ignored the request.

"No shots were fired by either vehicle, officials said, and the Chinese ship left with a final message that it was returning to normal operations — and with the drone."

The unusual situation was the subject of a pair of tweets from President-elect Donald Trump Saturday. One of those was deleted because of a typo; in the other, the incoming commander-in-chief wrote, "China steals United States Navy research drone in international waters - rips it out of water and takes it to China in unprecedented act."

Those pictures were highlighted by the Asia Maritime Transparency Initiative — a group whose director, Greg Poling, spoke to NPR's Scott Simon Saturday.

On the subject of whether the drone could hold represent a military or strategic interest, Poling said, "The real interest, I suppose, would be if there was some advanced technology on this drone — and we're not going to know that, of course. The Pentagon won't tell you exactly what sensors were on it, whatnot — and the Chinese wanted to reverse-engineer it."

Poling added, "But even by Beijing's own maps, this was [in] international waters."

U.S. officials say the unmanned drone was conducting ocean research when it was seized.

According to the U.S. Navy's Military Sealift Command, the Bowditch (named for American astronomer and navigator Nathaniel Bowditch) is a 20-year-old ship that has "an all-civilian crew of civil service mariners and scientific support personnel."