Accessibility links
After Outbreak Of Looting, Venezuela Delays Phase-Out Of Large Currency : The Two-Way In a short TV appearance Saturday night, Maduro told his nation that 500-bolivar notes that are meant to replace the 100-bolivar currency are delayed. 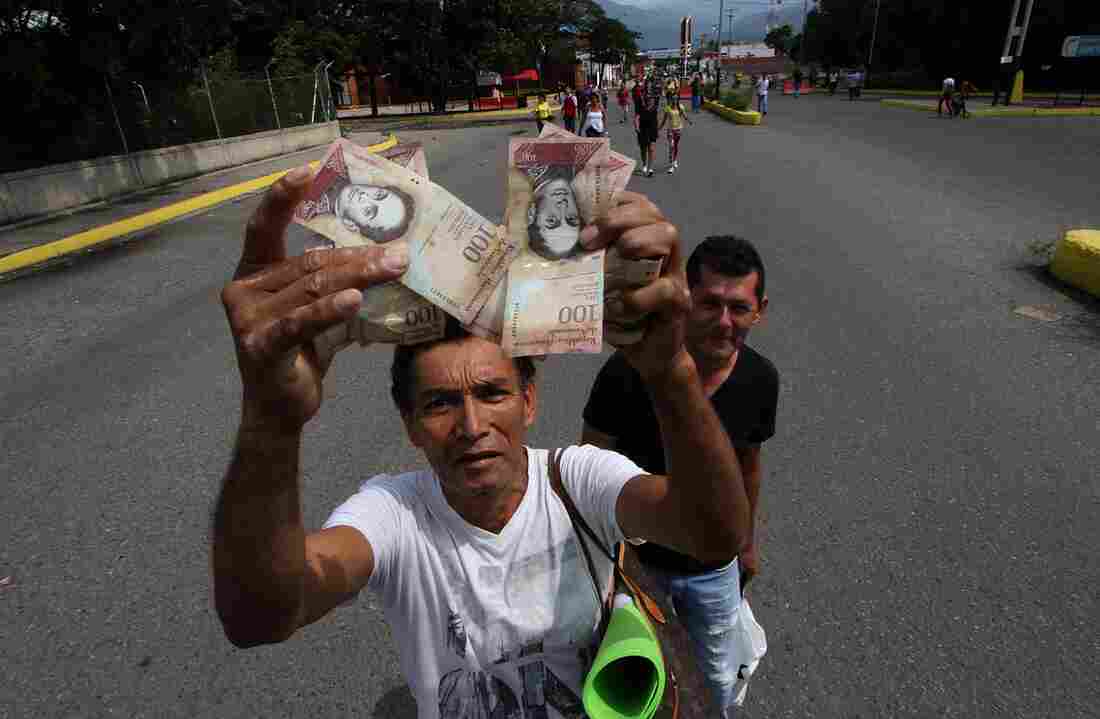 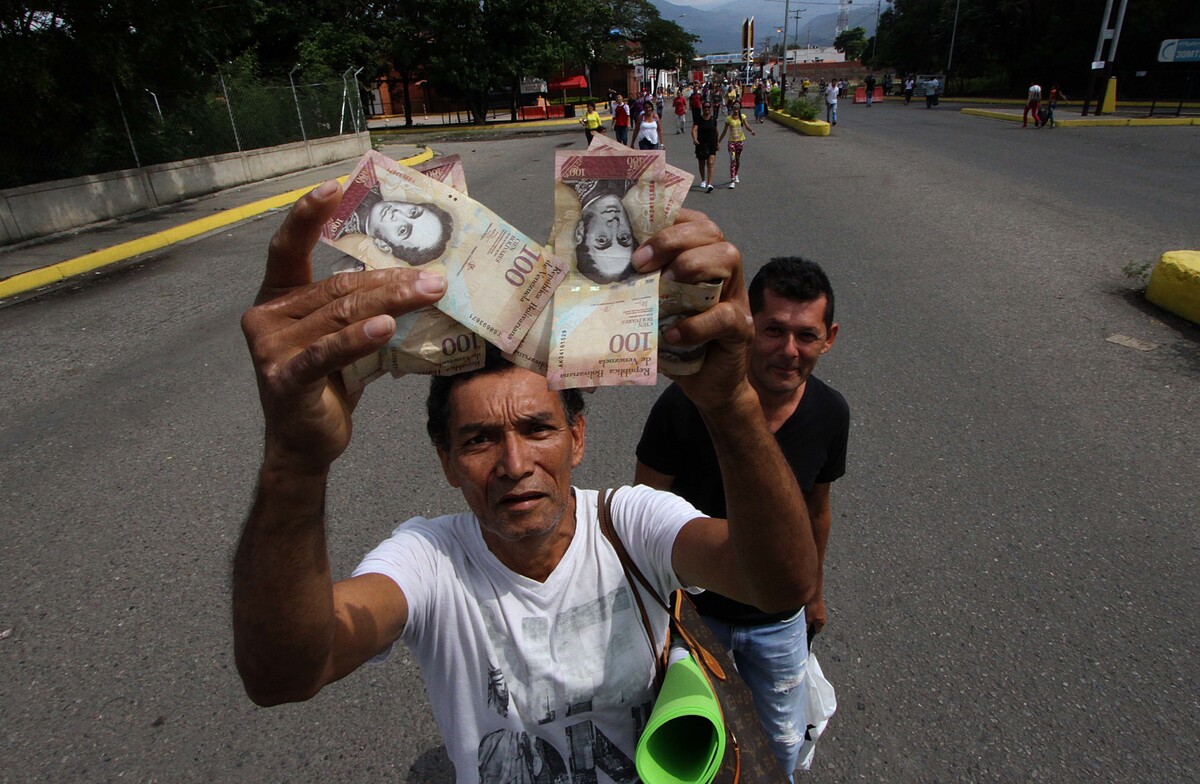 A man shows 100-Bolivar notes while crossing the Francisco de Paula Santander international bridge, linking Urena, in Venezuela and Cucuta, in Colombia Saturday, despite the border closing order issued by the Venezuelan government.

Facing protests and looting over Venezuela's plan to pull its largest banknote from circulation amid soaring inflation, Venezuela's President Nicolas Maduro has delayed the move until January. The move comes one week after the surprise announcement of a plan to withdraw the 100-bolivar notes brought new chaos and uncertainty over Venezuela's economy.

In a short TV appearance Saturday night, Maduro told his nation that 500-bolivar notes that are meant to replace the 100-bolivar currency are delayed. He also extended border closures with both Brazil and Colombia — where currency changers had been doing brisk business with Venezuelans desperate to buy essential goods and preserve their savings by swapping bills.

"Violence erupted on Friday and Saturday in at least six cities," Bloomberg News reports, "including Maracaibo, where police put down looting near a bank building, and the south-eastern state of Bolivar, where mobs looted several businesses."

Bloomberg also quotes Maduro saying that the delay in getting the new 500-Bolivar notes is due to "an international sabotage."

Punished by Venezuela's struggles to cope with a steep fall in oil prices, the bolivar has been in a freefall since 2015, hitting a new low of 3,480 bolivars to the U.S. dollar earlier this month, according to Today Venezuela. That's the rate attributed to the black market — the government's official exchange rate is around 10 bolivars to the dollar, but it comes with a transaction cap.

By Friday, the chaotic week had prompted the U.S. State Department to issue a new travel warning for Americans considering a trip to Venezuela "due to violent crime, social unrest, and pervasive food and medicine shortages."

Saying that U.S. citizens are among those who've been arrested by security forces in Venezuela and detained "for long periods with little or no evidence of a crime," the State Department added that detainees may not be provided with proper care — and that the embassy and consulate may not be either notified of their detentions or allowed access to those being held.