Accessibility links
Tap Water In Corpus Christi Is Safe, Authorities Say : The Two-Way Water tests by the state environmental agency did not find dangerous levels of a corrosive chemical, after a leak from an asphalt plant led to a citywide drinking water ban beginning Dec. 14. 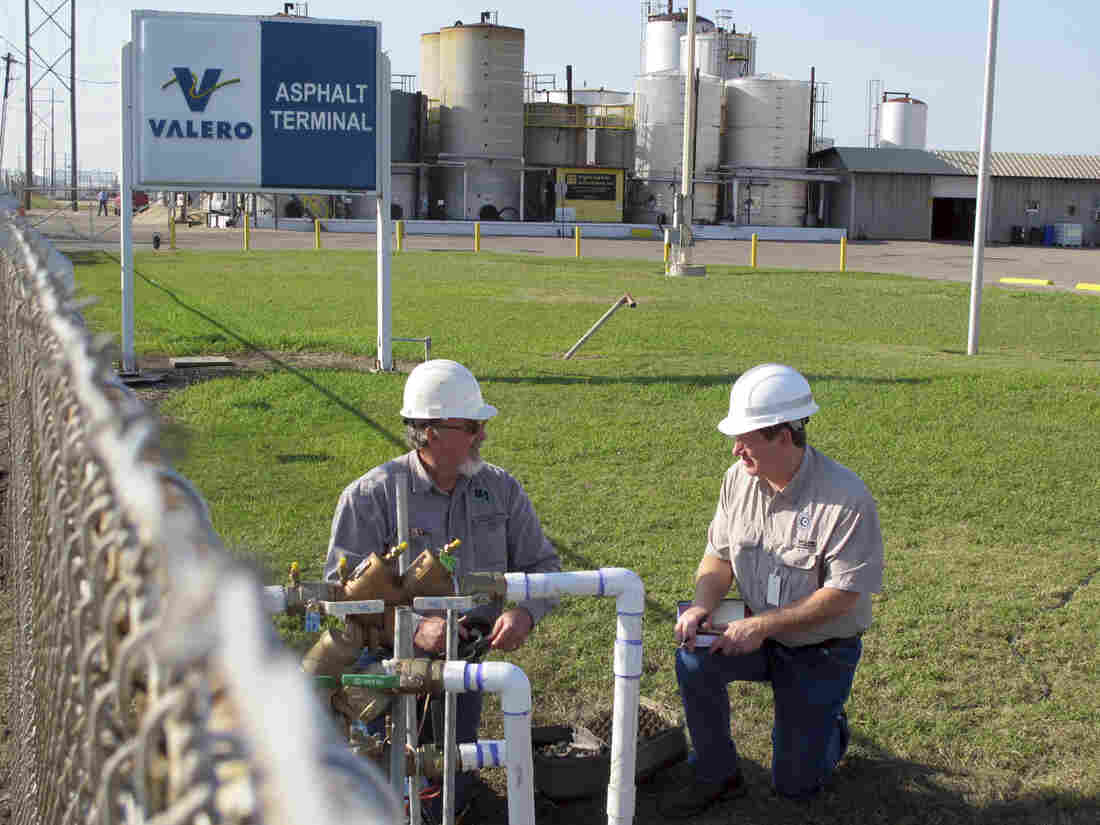 Men check pipes on Dec. 17, where Corpus Christi's city-owned water main connects with the asphalt plant where a suspected chemical leak led to a citywide ban on tap water use. The ban was lifted Sunday, Dec. 18. Frank Bajak/AP hide caption 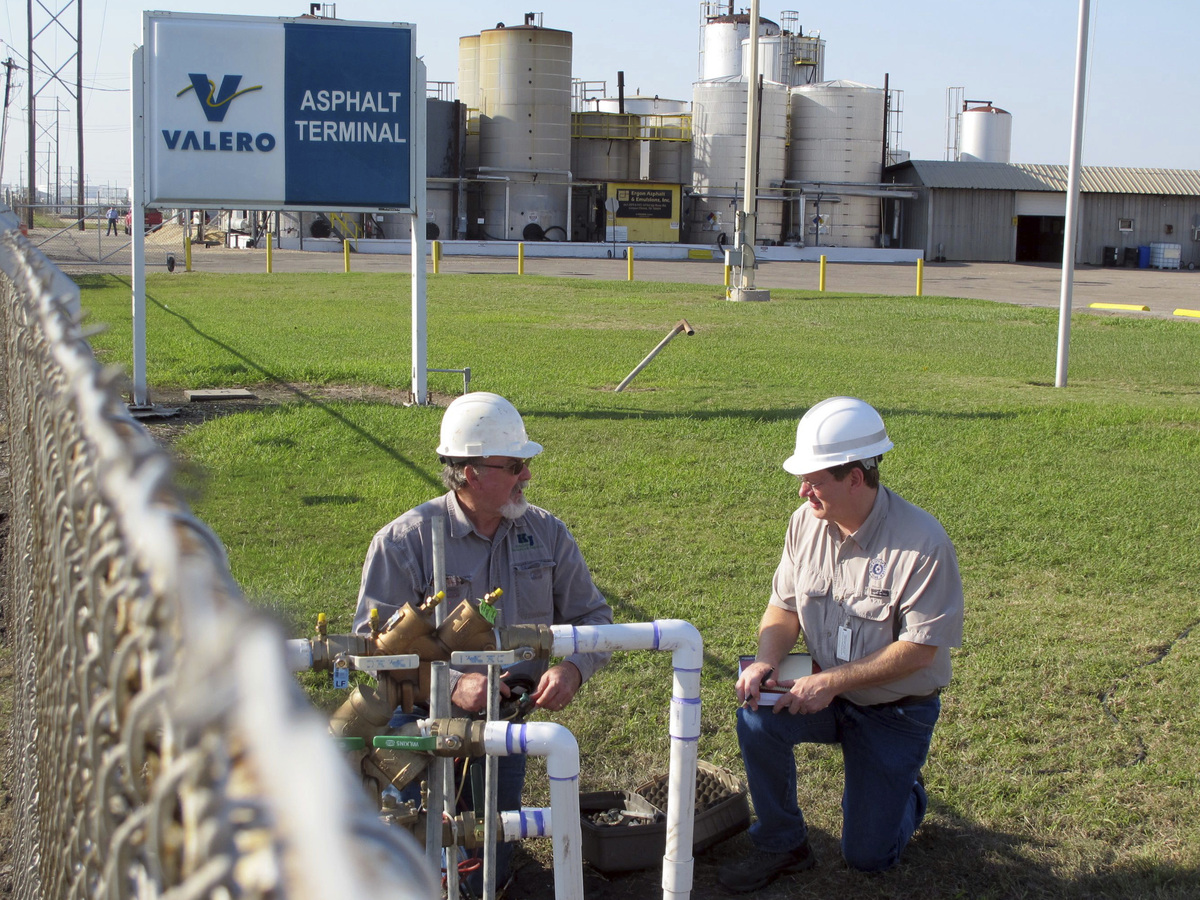 Men check pipes on Dec. 17, where Corpus Christi's city-owned water main connects with the asphalt plant where a suspected chemical leak led to a citywide ban on tap water use. The ban was lifted Sunday, Dec. 18.

Residents of Corpus Christi, Texas, can use their tap water again, city officials announced on Sunday.

On Sunday, the city issued a statement saying:

"The U.S. Environmental Protection Agency, the Texas Commission on Environmental Quality and the City of Corpus Christi have concurred on the decision to lift the tap water restrictions citywide effective immediately.

"The City recommends flushing each tap in the house for 2 — 3 minutes to clear any water lines and replacing filters, at your discretion."

The water ban had been in effect since Dec. 14, when the city notified residents that possible chemical contamination could make the water unsafe to drink or bathe in.

The chemical was a corrosive acid called Indulin-AA-86, which is used to make an asphalt solution and can burn skin and cause respiratory problems. Corpus Christi Mayor Dan McQueen said the city believed a "backflow incident" at Ergon Asphalt & Emulsions company caused an unknown amount of the chemical to enter the water supply.

According to a manufacturer's data sheet about the chemical, four states specifically regulate the substance. Texas does not.

The Texas Commission on Environmental Quality released results on Sunday from 28 water samples collected Dec. 15 and Dec. 16 showing none of them detected dangerous levels of the chemical, which the TCEQ and local branch of the U.S. Environmental Protection Agency defined as under 2.6 mg/l for Indulin-AA-86 in drinking water.

Speaking Sunday, McQueen said he could feel the pain in the community, reported the Corpus Christi Caller-Times:

"I hope you guys understand and feel the emotion I have right now. This certainly isn't something the city wanted to do. It's the 18th of December. We have Christmas right around the corner. My heart goes out to everybody in our city right now. I apologize. I apologize personally."

Local ABC affiliate KSAT reported this is the fourth water advisory in two years for the gulf city of more than 300,000 people. As we reported, in July 2015 the city had a boil advisory after heavy rain, and in September 2015 and May 2016 low chlorine levels made the water unsafe to drink without boiling.