Accessibility links
Scientists Blast Antimatter Atoms With A Laser For The First Time : The Two-Way By comparing the light from anti-atoms with the light from regular atoms, they hope to answer one of the big mysteries of our universe: Why is there so much regular old matter and not much antimatter? 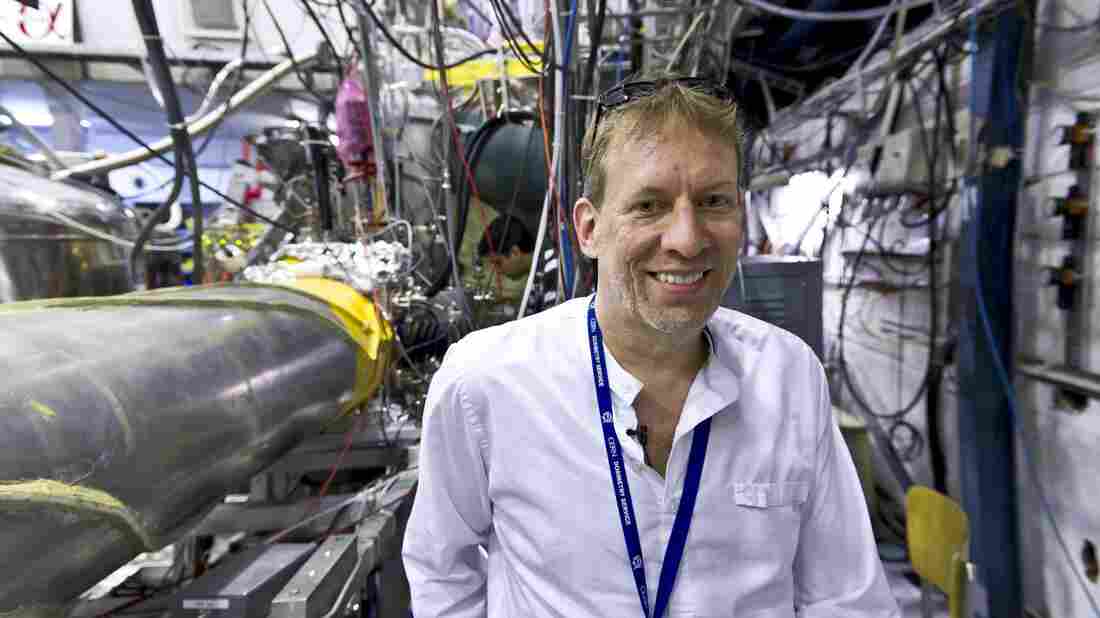 Jeffery Hangst's ALPHA research at CERN, which is Europe's premier particle physics laboratory and is located near Geneva, is devoted to studying antimatter. CERN hide caption 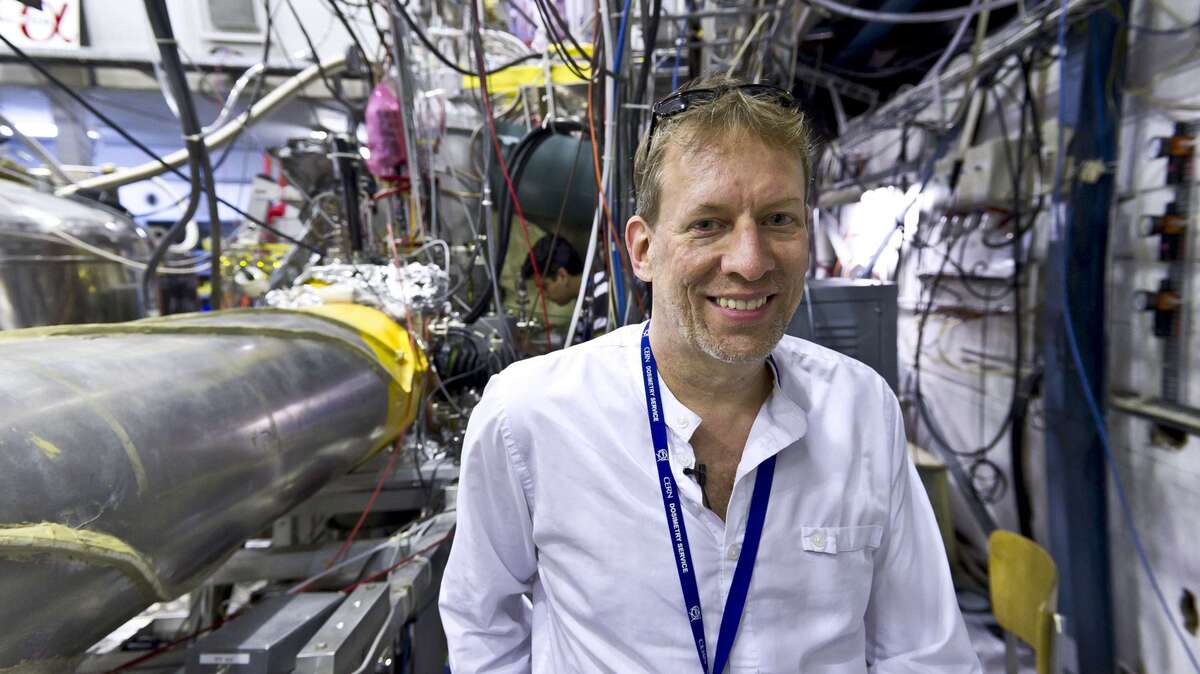 Jeffery Hangst's ALPHA research at CERN, which is Europe's premier particle physics laboratory and is located near Geneva, is devoted to studying antimatter.

In a technological tour de force, scientists have developed a new way to probe antimatter.

For the first time, researchers were able to zap antimatter atoms with a laser, then precisely measure the light let off by these strange anti-atoms. By comparing the light from anti-atoms with the light from regular atoms, they hope to answer one of the big mysteries of our universe: Why, in the early universe, did antimatter lose out to regular old matter?

"This represents a historic point in the decades-long efforts to create antimatter and compare its properties to those of matter," says Alan Kostelecky, a theoretical physicist at Indiana University.

Antimatter sounds like something out of science fiction. "The first time I heard about antimatter was on Star Trek, when I was a kid," says Jeffrey Hangst, a physicist at Aarhus University in Denmark. "I was intrigued by what it was and then kind of shocked to learn that it was a real thing in physics."

He founded a research group called ALPHA at CERN, Europe's premier particle physics laboratory near Geneva, that is devoted to studying antimatter. That's a tricky thing to do because antimatter isn't like the regular matter you see around you every day. At the subatomic level, antimatter is pretty much the complete opposite — instead of having a negative charge, for example, its electrons have a positive charge. And whenever antimatter comes into contact with regular matter, they both disappear in a flash of light.

When antimatter touches regular matter, it annihilates in a flash of light. These images show anti-hydrogen atoms annihilating as they come into contact with the walls of the ALPHA experiment, which are made of ordinary matter. CERN hide caption

"What you hear about in science fiction — that antimatter gets annihilated by normal matter — is 100 percent true," Hangst says, "and is the greatest challenge in my everyday life."

Because if his team makes antimatter and then it touches the walls of its container ... then poof! It's gone.

He and his colleagues have spent years figuring out how to make the antimatter version of simple hydrogen atoms. They then trap and hold these anti-atoms in a vacuum using strong magnetic fields.

In the journal Nature, his team reports that they've now used the special laser to probe this antimatter. So far, what they see is that their anti-hydrogen atoms respond to the laser in the same way that regular hydrogen does.

That's what the various theories out there would predict — still, Hangst says, it's important to check. "We're kind of really overjoyed to finally be able to say we have done this," he says. "For us, it's a really big deal."

"But something happened, some small asymmetry that led some of the matter to survive," Hangst says. "And we simply have no good idea that explains that right now."

That's why he and his colleagues want to understand whether matter and antimatter truly obey the same laws of physics. And theoretical physicists watch these experiments with awe.

"Just the concept that you can make an anti-atom, an atom made of antimatter, is a real gee-whiz thing," says Chris Quigg, at Fermilab, near Chicago. "Anybody has to be impressed by that."

There are a lot more subtle measurements of antimatter left to do. And once experimentalists develop this kind of new tool, Quigg says, who knows what else they'll be able to do with it in the future.