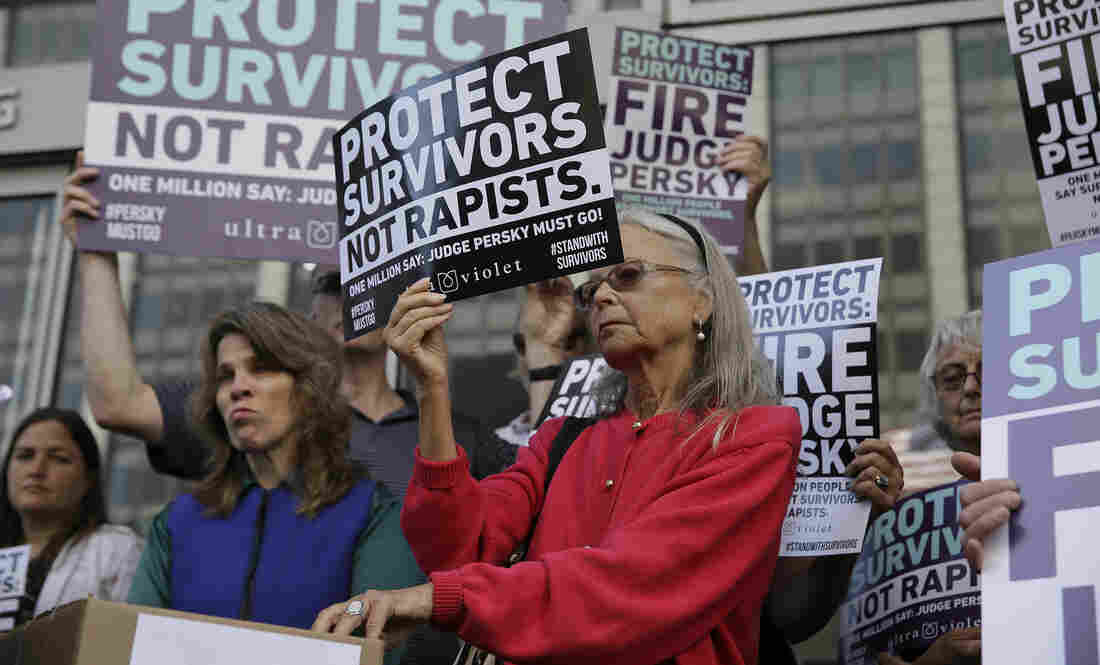 Activists from UltraViolet, a national women's advocacy organization, push for the removal of Judge Aaron Persky from the bench in San Francisco in June. The judge has since been cleared of misconduct. Eric Risberg/AP hide caption 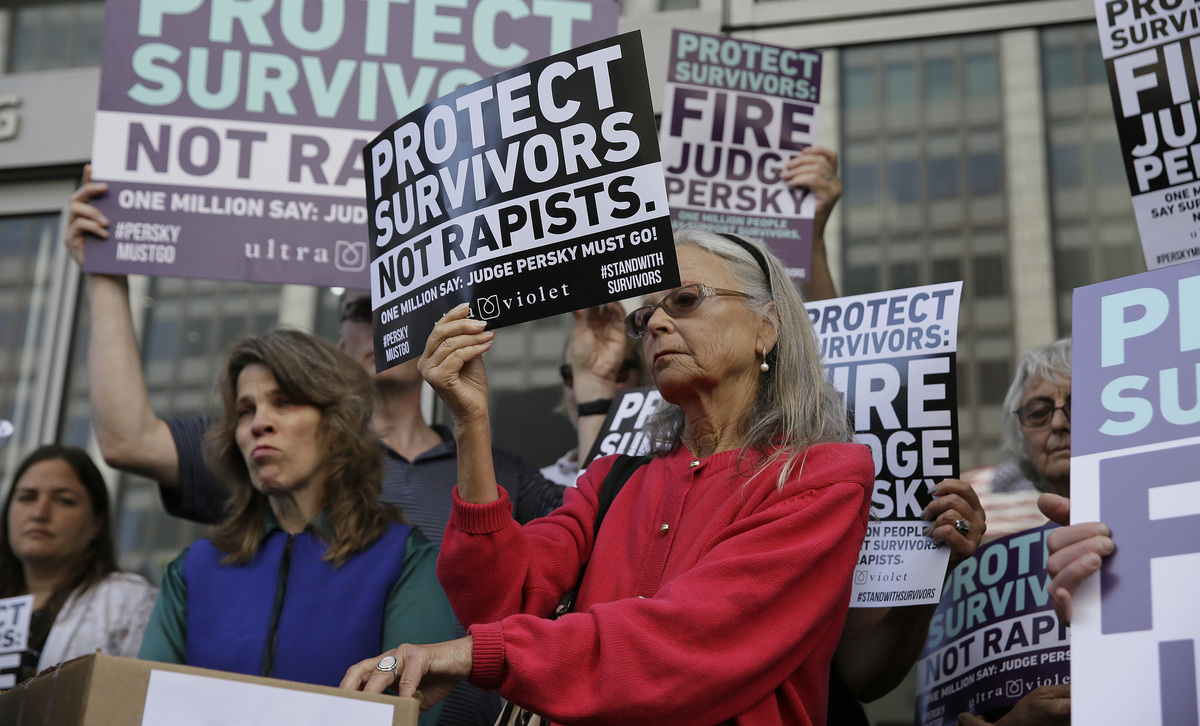 Activists from UltraViolet, a national women's advocacy organization, push for the removal of Judge Aaron Persky from the bench in San Francisco in June. The judge has since been cleared of misconduct.

A California judge has been cleared of misconduct after sentencing a Stanford University student to six months in jail for sexually assaulting a woman earlier this year.

"The California Commission on Judicial Performance ruled Monday that there was no evidence that Santa Clara County Judge Aaron Persky displayed bias in handing down a sentence decried as too lenient by critics across the country," The Associated Press reported.

At the sentencing in June, Persky said he considered student Brock Turner's lack of prior criminal history in determining the length of his sentence for assaulting an unconscious woman on campus.

"A prison sentence would have a severe impact on him. I think he will not be a danger to others," said the judge, as we reported.

Turner, 21, was released in September after three months in jail. He was expected to return to his native Ohio to live with his parents. His sentence also required him to register as a sex offender.

The case sparked an ongoing recall campaign against the judge. One of those calling for his removal is Stanford Law professor Michele Dauber, who wrote in an email to NPR this fall, "We need judges who understand violence against women. Judge Persky does not. He should be replaced. Hopefully a qualified woman will replace him."

After the sentence, Turner's victim read a statement in court, directed at her assailant, who was a swimmer for the university:

"I want to show people that one night of drinking can ruin two lives. You and me. You are the cause, I am the effect. ... My damage was internal, unseen, I carry it with me. You took away my worth, my privacy, my energy, my time, my safety, my intimacy, my confidence, my own voice, until today."

As The Two-Way has reported, after Turner was sentenced, Stanford "was found to have five federal complaints about its handling of sexual violence — the most cases under review of any school on the list published by the Department of Education's Office of Civil Rights."