Accessibility links
2 Former Flint Emergency Managers, 2 Others Face Felony Charges Over Water Crisis : The Two-Way "All too prevalent in this Flint Water Investigation was a priority on balance sheets and finances rather than health and safety of the citizens of Flint," Michigan's attorney general stated. 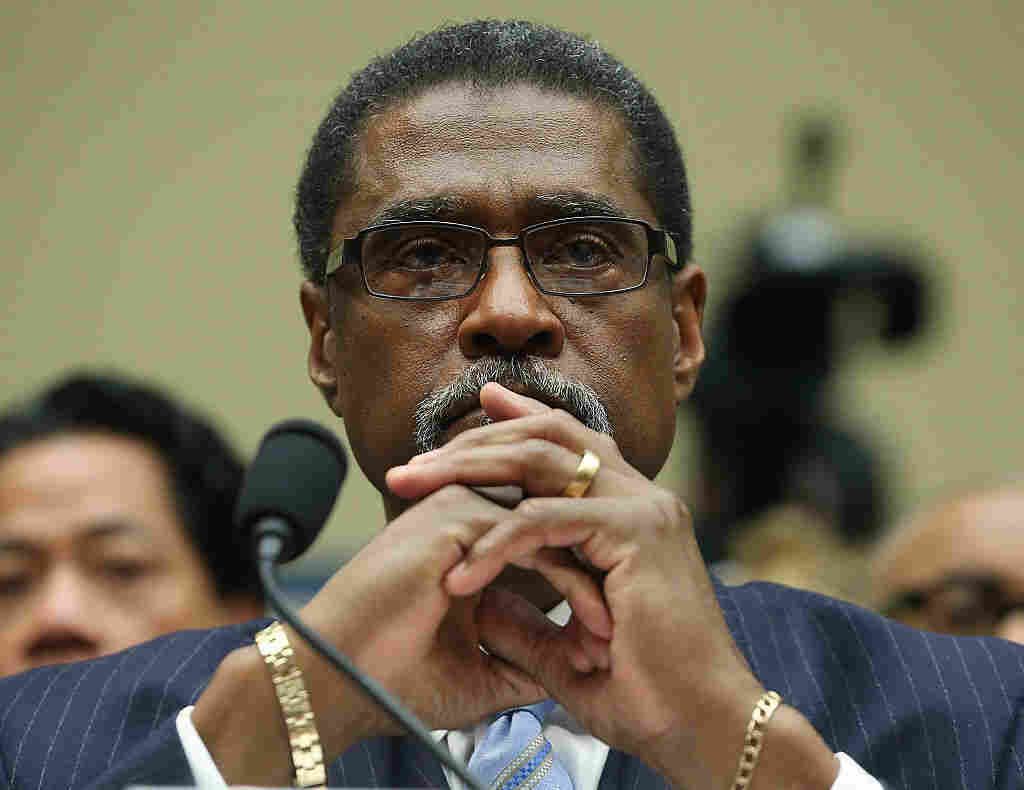 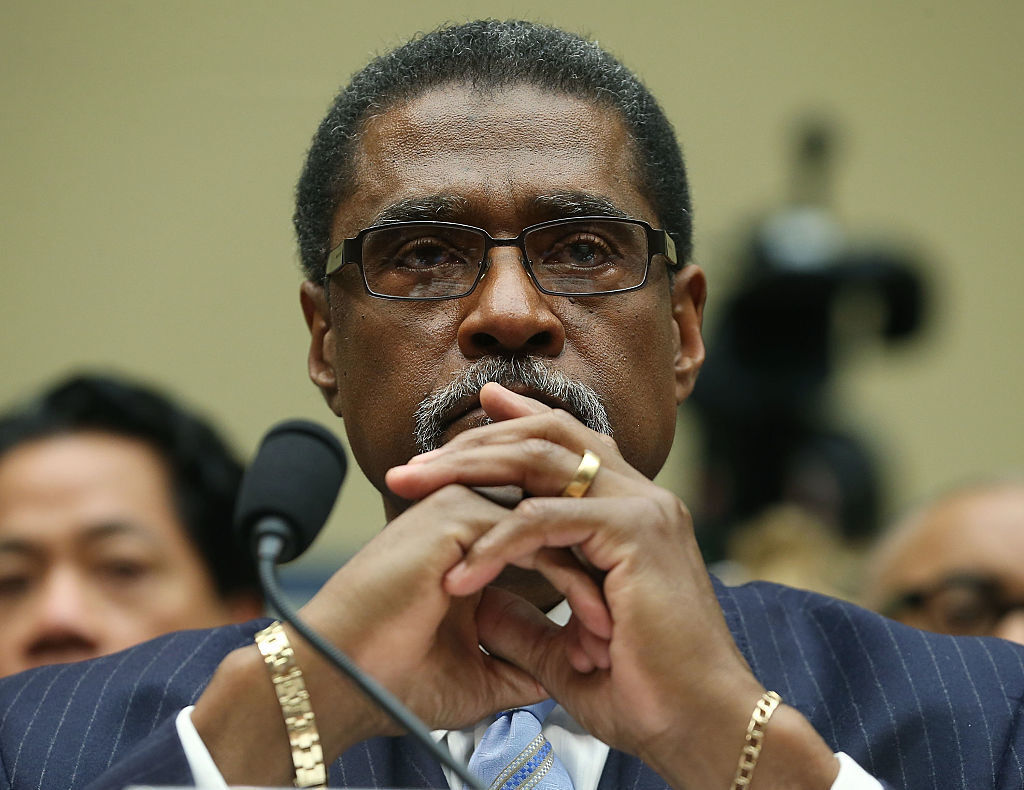 "All too prevalent in this Flint Water Investigation was a priority on balance sheets and finances rather than health and safety of the citizens of Flint," state Attorney General Bill Schuette said in a statement.

Former Emergency Managers Darnell Earley and Gerald Ambrose were each charged with two felonies that carry penalties of up to 20 years — false pretenses and conspiracy to commit false pretenses — along with misconduct in office, also a felony, and willful neglect of duty in office, a misdemeanor.

Howard Croft, who was Flint's director of the Department of Public Works, and Daugherty Johnson, who was the department's utilities director, were each charged with false pretenses and conspiracy to commit false pretenses.

This case is rooted in the city's decision to switch water sources, which it justified as a cost-saving measure. City officials decided in 2013 that they would end their contract with Detroit and build their own pipeline to connect to the Karegnondi Water Authority (KWA).

That pipeline wouldn't be operational before the original water source was set to be cut off, so officials turned to the Flint River as an interim source of water. They failed to treat the Flint River water with corrosion controls, damaging the city's pipes and causing lead to leach into the city's drinking water.

But let's back up a few steps. These charges today are focused on the decision to switch to the KWA at a time when the city was deeply in debt.

The city was barred by state law from accumulating any more debt. Earley and Ambrose allegedly circumvented that law — and were able to borrow tens of millions of dollars — by arguing that the city faced an "environmental calamity" over a retention pond filled with lime sludge that needed emergency cleanup.

"The City of Flint ... used an exception to state law by claiming the bonds were needed to fund an emergency cleanup of a retention pond, when in fact the funds were intended to pay for the KWA," a statement from Schuette reads.

"This case is a classic bait-and-switch. ... The lime sludge lagoon was not an emergency," special prosecutor Todd Flood said, according to The Associated Press.

After it became clear that the KWA pipeline wouldn't be ready in time, Earley implemented the switch to the Flint River. He is also accused of allowing "the Flint Water Treatment Plant to produce water despite knowledge the plant was not ready for use, allowed Flint to enter into a contract requiring use of the Flint Water Treatment Plant during that time, and authorized false and misleading public statements that the water was safe to drink."

Earley, Ambrose and Croft have not publicly commented on the charges. An attorney for Johnson told The Associated Press that his client is "going to plead not guilty and we're going to stand by that."

This is the third set of criminal charges brought by Michigan's attorney general over the Flint water crisis, bringing the total number of defendants to 13.

Schuette has his critics — they say he's "grandstanding with no real results," as Michigan Radio reported. "They point to the fact that the Attorney General's office is actively fighting against a federal court order to deliver bottled water to residents."

If you're catching up on the crisis in Flint, check out our step-by-step look at how it unfolded.

It has now been more than a year since the city's mayor declared a state of emergency in the city, and the water remains unsafe to drink without a filter.

A previous version of this story said Michigan Attorney General Bill Schuette is actively fighting a federal court order to deliver bottled water to Flint residents. The attorney general's office is fighting the court order, but Schuette is not involved.