Accessibility links
Tennis Star Petra Kvitova Badly Injured By Knife-Wielding Attacker : The Two-Way The two-time Wimbledon champion sustained "severe" injuries to her left hand, her playing hand, during a home invasion. She said she is "fortunate to be alive." 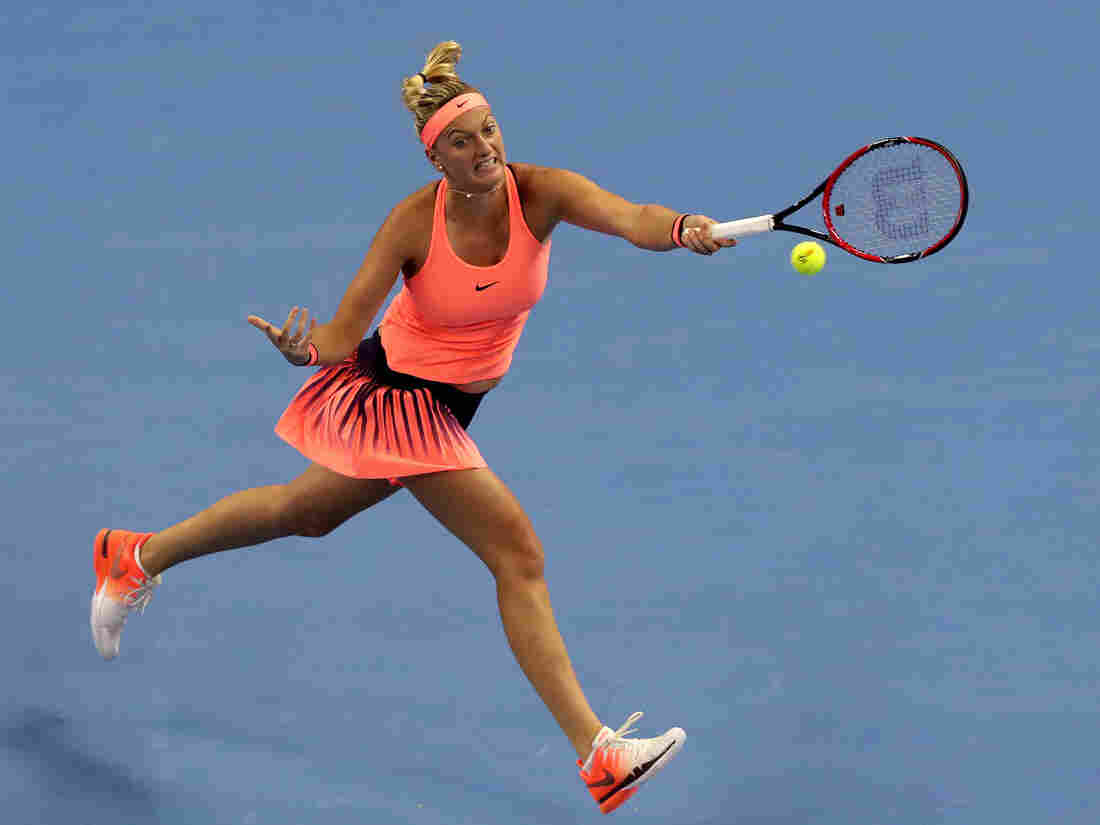 Petra Kvitova of the Czech Republic hits a return shot against Madison Keys of the United States during the women's singles quarterfinals of the China Open tennis tournament in Beijing on Oct. 7. Andy Wong/AP hide caption 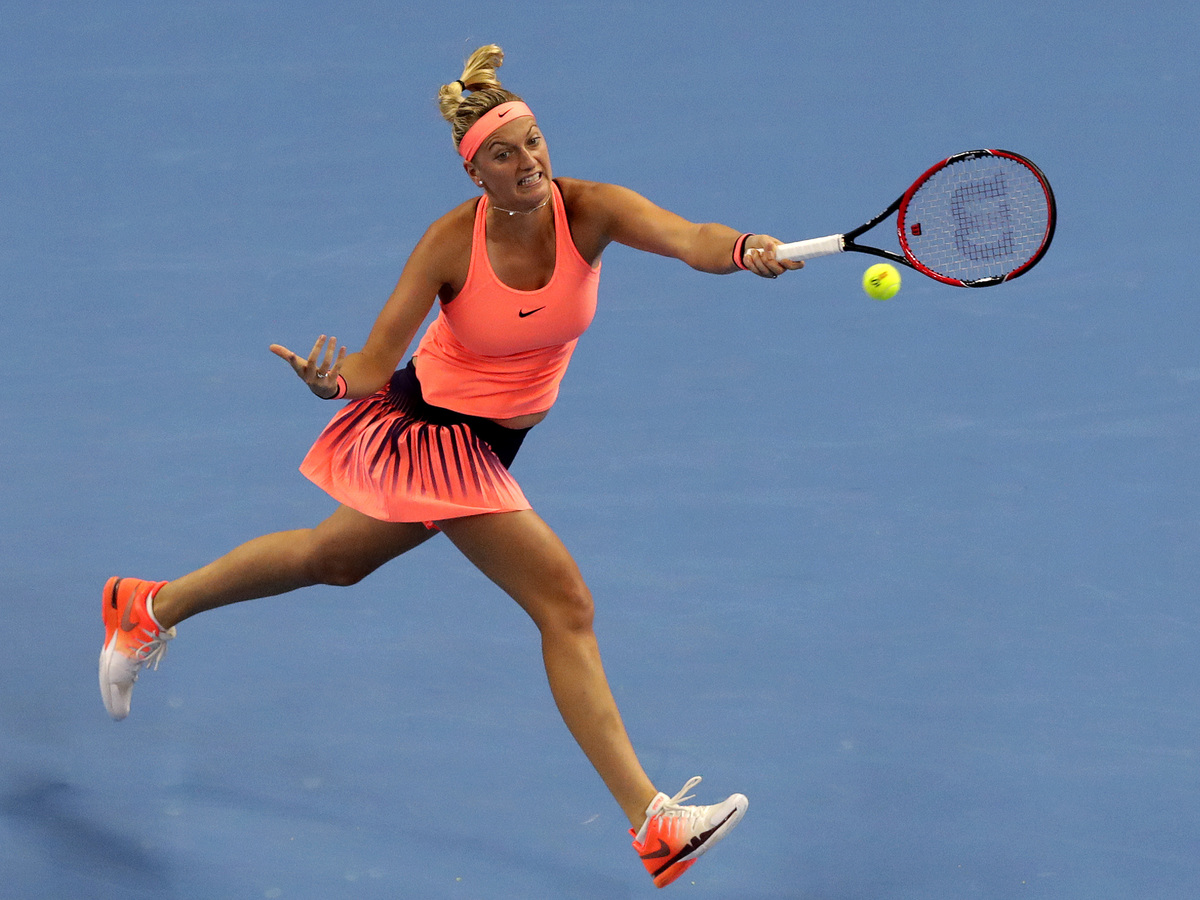 Petra Kvitova of the Czech Republic hits a return shot against Madison Keys of the United States during the women's singles quarterfinals of the China Open tennis tournament in Beijing on Oct. 7.

Tennis star Petra Kvitova was badly injured Tuesday morning when a man armed with a knife attacked her at her home in Prostejov, Czech Republic.

The two-time Wimbledon champion said she sustained "severe" injuries to her left hand, which is her playing hand, and that she was "fortunate to be alive."

In a series of tweets, Kvitova wrote:

"Thank you for all your messages. As you may have already heard, today I was attacked in my apartment by an individual with a knife. In my attempt to defend myself, I was badly injured on my left hand. I am shaken, but fortunate to be alive. The injury is severe and I will need to see specialists, but if you know anything about me I am strong and I will fight this. Thank you all again for your love and support."

The 26-year-old suffered deep cuts to the four fingers on her left hand and underwent surgery to help repair the ligaments and tendons, as the BBC reported.

The BBC also reported some details about the attack, which was characterized as a burglary. It said: "It is understood she allowed someone posing as a utilities man access to her apartment and while defending herself in a struggle, suffered the injuries to her hand. The intruder is believed to have then run away and is being sought by police."

A former world No. 2 and Wimbledon champion in 2011 and 2014, Kvitova had fallen out of the Women's Tennis Association top 10 this year. But she won bronze in the Rio Olympics, losing in three sets to eventual gold medal winner Monica Puig. In November, along with her Czech teammates, she won the Fed Cup, one of the biggest national team tournaments in women's tennis. Kvitova is currently No. 11 in WTA rankings.

Though Kvitova's publicist told the BBC that the attack was "a random crime, nobody was going to attack or rob her as Petra Kvitova," a number of female tennis players have faced violent attacks and threats. The New York Times reports:

"In 1993, top-ranked Monica Seles was stabbed during a match in Hamburg and did not return to the sport for more than two years. When she did, her dominance subsided, and she won only one more Grand Slam title to add to her previous eight.

"In 2007, sixth-ranked Anna Chakvetadze and her family were assaulted during a home invasion in Moscow. Chakvetadze, who had made the semifinals of the United States Open three months before, was unable to replicate that success, and she retired in 2013 at age 26."

The timeline for Kvitova's recovery is unknown.