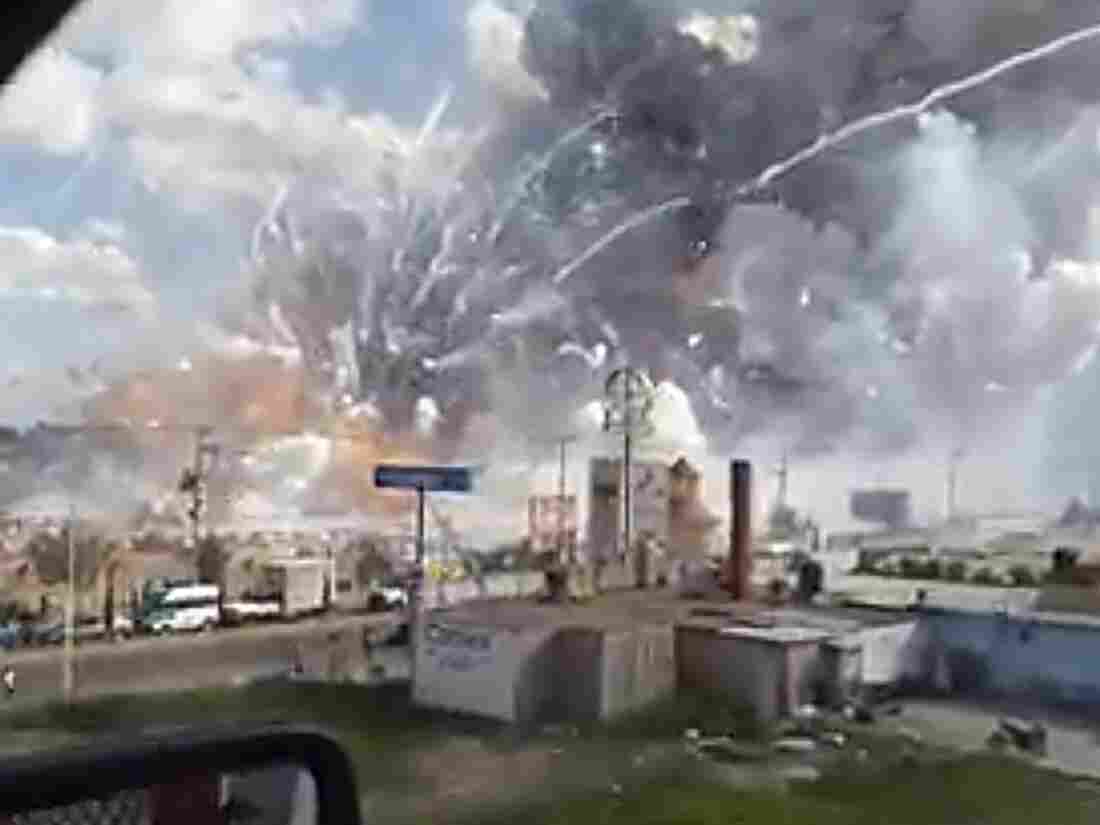 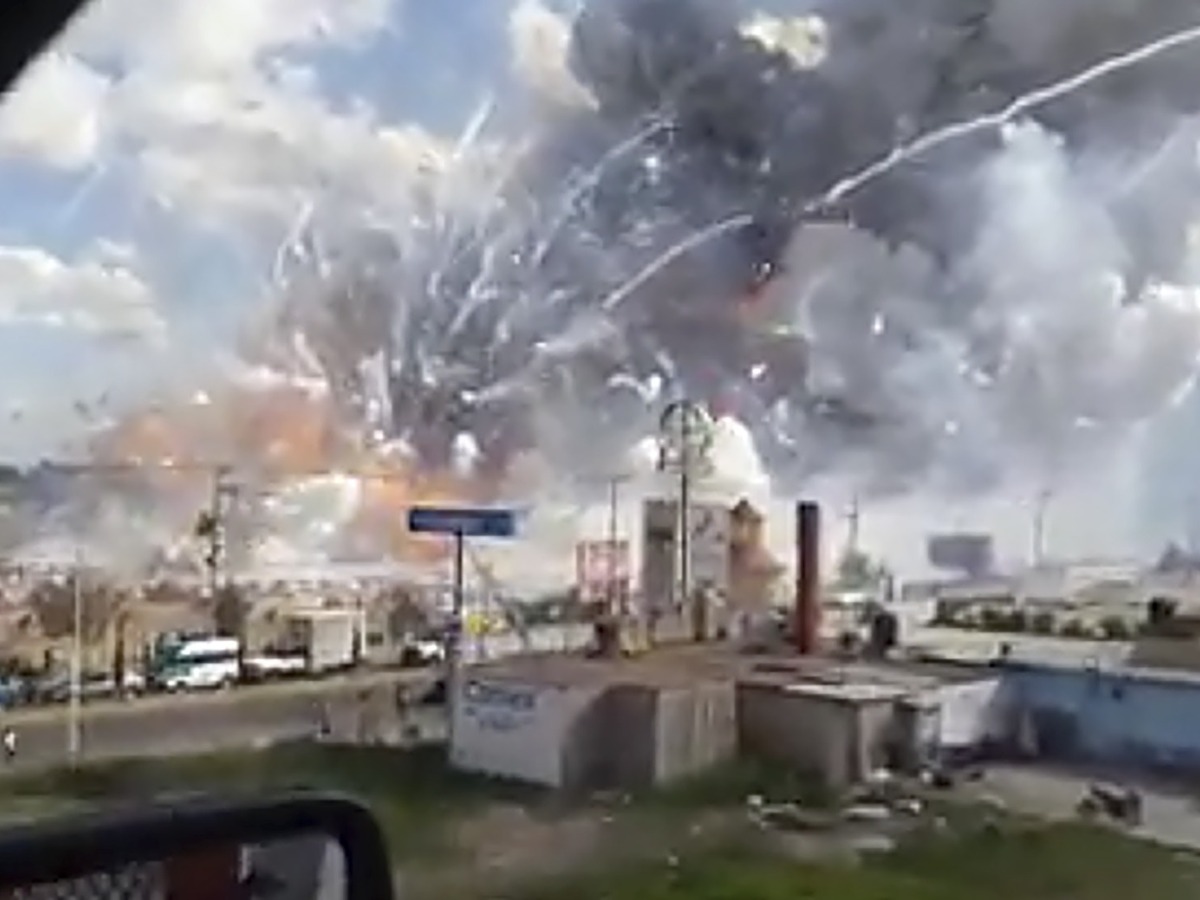 An explosion ripped through the San Pablito fireworks market in Tultepec, Mexico, on Tuesday.

An explosion Tuesday at a fireworks market about 45 miles outside Mexico City killed at least 31 people and injured at least 72, according to Mexican authorities. Another 48 people are reported to be missing.

A video of the blast that rocked the open-air San Pablito market on the northern outskirts of Mexico's capital city showed fireworks shooting in every direction and smoke billowing into the sky.

Another video posted on social media showed people running away from the explosion.

"Sirens wailed and a heavy scent of gunpowder lingered in the air after the afternoon blast at the market, where most of the fireworks stalls were completely leveled. The smoking, burned-out shells of vehicles ringed the perimeter, and first responders and local residents wearing blue masks over their mouths combed through the rubble and ash. Firefighters hosed down still-smoldering hotspots."

Mexican President Enrique Peña Nieto tweeted: "My condolences to the families of those who lost their lives in this accident and my wishes for a quick recovery for the injured."

This wasn't the first time the San Pablito Market, well-known for its fireworks vendors, has been leveled by explosions. The AP reported that a "fire engulfed the same market in 2005, touching off a chain of explosions that leveled hundreds of stalls just ahead of Mexico's Independence Day."

Then a year later, "a similar fire at the San Pablito Market also destroyed hundreds of stands," the news service wrote.