Accessibility links
Uber Stops Self-Driving Test In California After DMV Pulls Registrations : The Two-Way Uber will have to park its self-driving cars in California for now. The state's Department of Motor Vehicles said it revoked the registrations of 16 vehicles owned by the ride-hailing company. 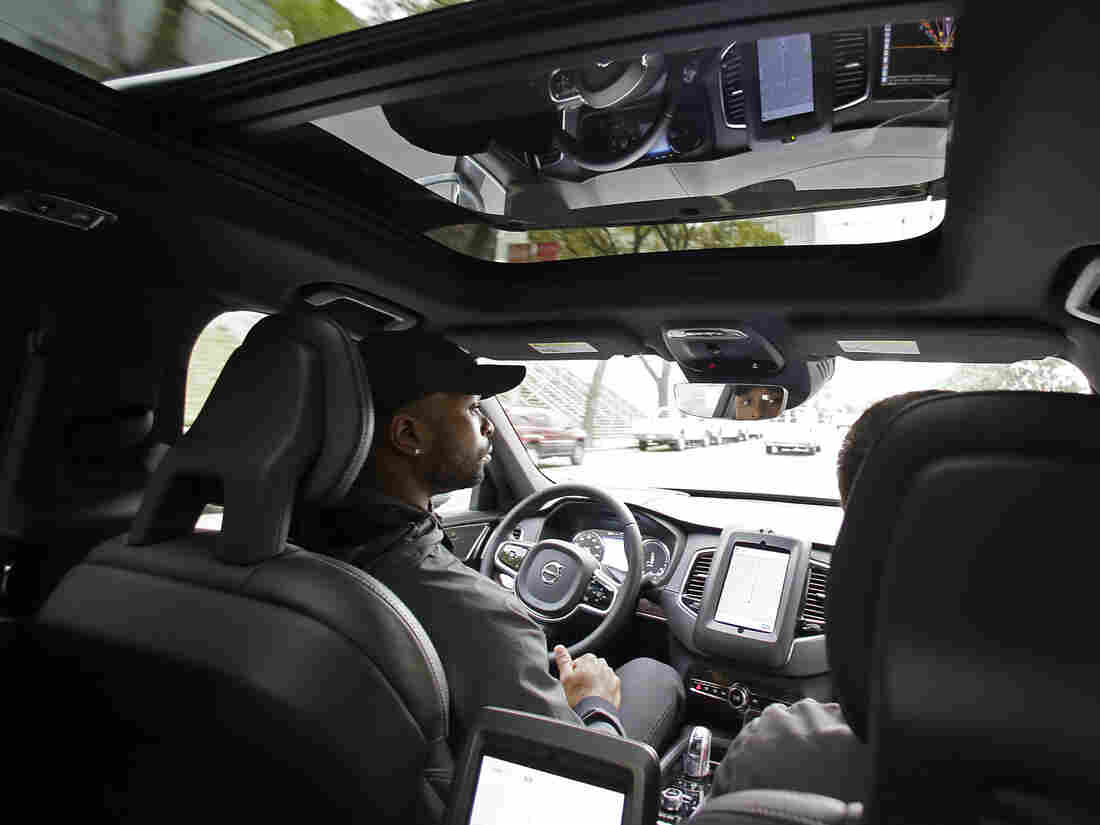 Devin Greene sits in the front seat of an Uber driverless car during a test drive in San Francisco on Dec. 13. Eric Risberg/AP hide caption 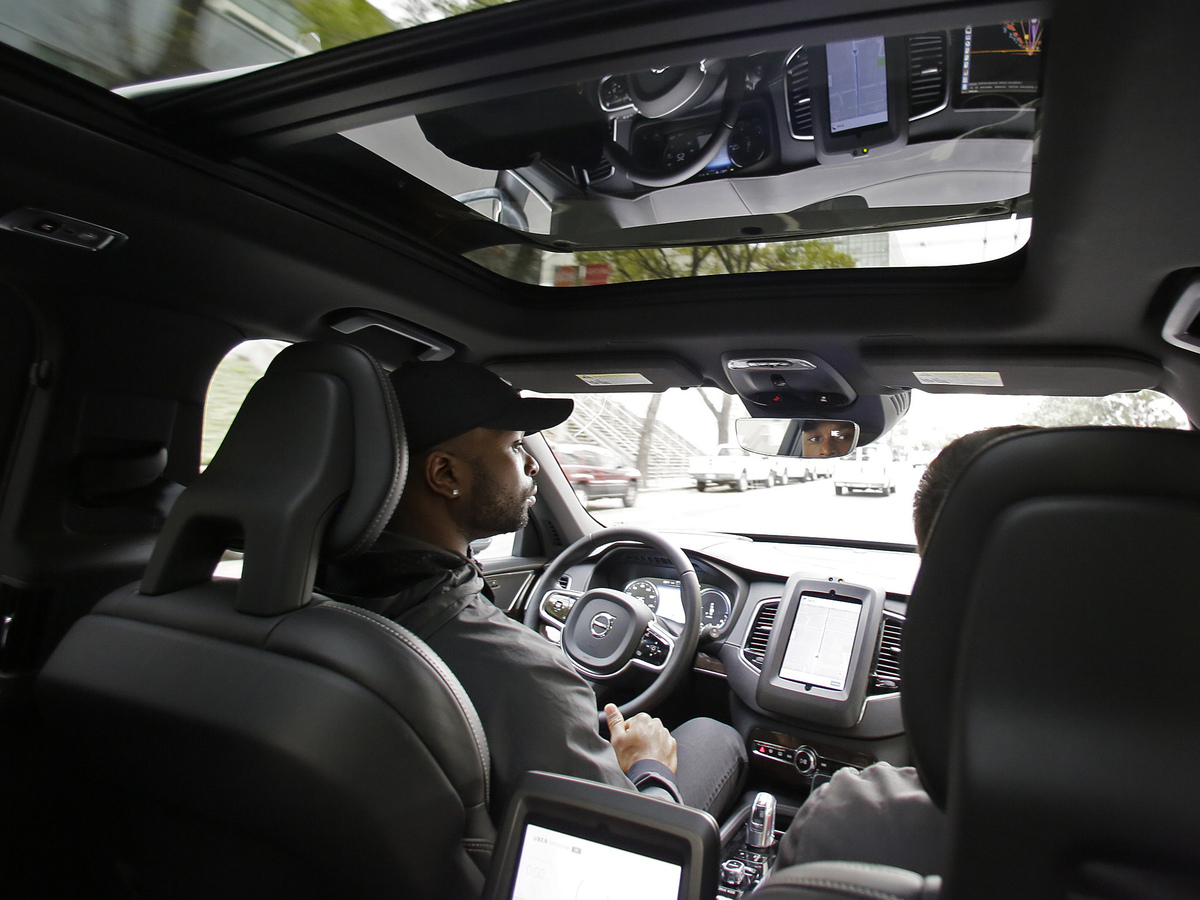 Devin Greene sits in the front seat of an Uber driverless car during a test drive in San Francisco on Dec. 13.

Uber will have to park its self-driving cars in California for now.

California's Department of Motor Vehicles on Wednesday said it had revoked the registrations of 16 autonomous vehicles owned by the ride-hailing company.

"We have stopped our self-driving pilot in California as the DMV has revoked the registrations for our self-driving cars," an Uber spokesperson said. "We're now looking at where we can redeploy these cars but remain 100 percent committed to California and will be redoubling our efforts to develop workable statewide rules."

The DMV said the registrations for 16 Uber cars were improperly issued because they weren't marked as test vehicles. The department said it's inviting Uber to "seek a permit so their vehicles can operate legally in California."

Earlier this month, Uber started offering rides in self-driving cars in San Francisco without a permit for autonomous vehicles — defying state regulators. Uber's self-driving Volvos, which were operated with a "safety driver" behind the wheel, have already been deployed in Pittsburgh.

Uber had said that because the cars' programming is "not ready" to drive without a person behind the wheel monitoring the automobile, the company didn't need a self-driving car permit. Uber contended that its vehicles operate in the same way as those equipped with "advanced driver assist technologies" such as Tesla's autopilot.

The DMV said Wednesday that "Uber is welcome to test its autonomous technology in California like everybody else, through the issuance of a testing permit that can take less than 72 hours to issue after a completed application is submitted."

Regulating Self-Driving Cars For Safety Even Before They're Built