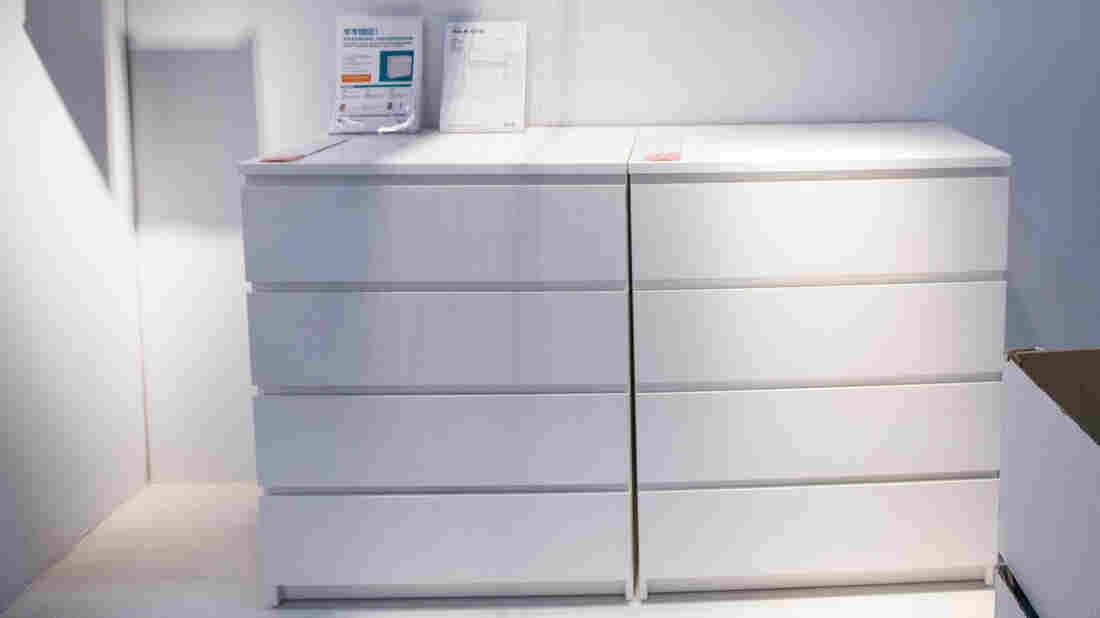 MALM dressers are seen at an Ikea store in Hangzhou, China, this July. The company recalled millions of dressers after three toddlers died in three years from tip-over incidents with Malm dressers. VCG via Getty Images hide caption 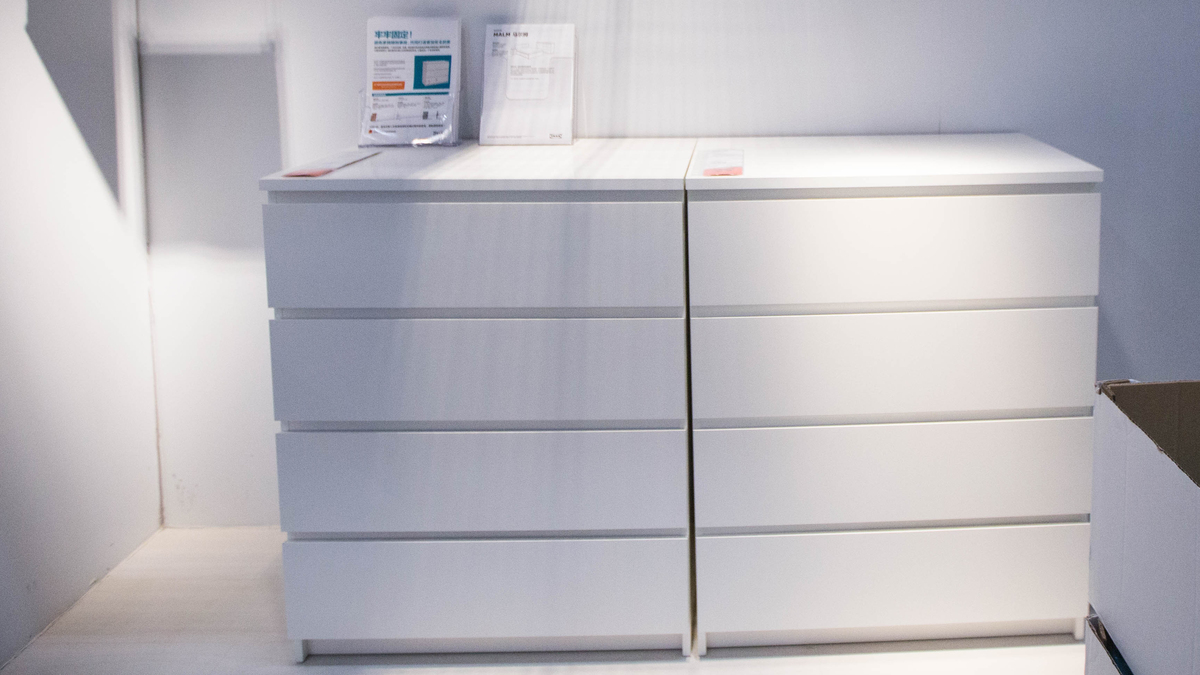 MALM dressers are seen at an Ikea store in Hangzhou, China, this July. The company recalled millions of dressers after three toddlers died in three years from tip-over incidents with Malm dressers.

Ikea has reached a $50 million settlement with the families of three toddlers who died after unsecured Ikea dressers tipped over, according to lawyers for the families. The furniture giant confirms a settlement has been reached but describes it as "tentative."

The money will be divided evenly among the families, the lawyers say. The settlement also calls for Ikea to meet voluntary safety standards for dressers, donate $150,000 to children's hospitals and $100,000 to a children's safety organization, and invest more money in its "Secure It" program raising awareness about tip-over risk.

The settlement comes after three toddlers died in the past three years from tip-over incidents involving unsecured MALM dressers. Curren Collas and Camden Ellis died in 2014, prompting Ikea to launch the "Secure It" program and offer free wall-mounting kits to consumers.

Then Ted McGee died the same way in February. All three children were about 2 years old when they died.

The families brought a wrongful death lawsuit against the company, alleging that Ikea "had consistently refused to meet voluntary national safety standards" and "refused to re-design its furniture products to be more stable and tip-resistant," according to the family's lawyers.

Ikea confirmed with NPR that a "tentative settlement has been reached" in the case, but said it would not comment further because the deal had not been approved by the court.

Curren Collas' mother, Jackie Collas, told the Philadelphia Inquirer it's a relief the case is over, but that the settlement doesn't bring closure.

"Your life, it will always be cut in half," Collas told the newspaper. "Even if I live until 100, it's going to be before Curren and after Curren."

As NPR reported this summer, there have been dozens of tip-over accidents in addition to the three deaths in this case:

"The dressers and chests in question can be pulled over by a child if they aren't securely attached to a wall. When multiple drawers are opened, or if a child opens drawers and attempts to climb on them, even dressers that seem too heavy for a child to move can become vulnerable to tipping. (Seemingly stable televisions can pose a similar hazard.) ...

The Inquirer has reported extensively on the issue of tip-over hazards; you can find much more information on the accidents in its 2015 investigative piece.