Accessibility links
What We Know About Anis Amri, Suspect In Berlin Market Attack : The Two-Way The Tunisian man's fingerprints were found in the cab of the truck used in Monday's deadly rampage at a Christmas market in Berlin, German officials say.

What We Know About Anis Amri, Suspect In Berlin Market Attack

What We Know About Anis Amri, Suspect In Berlin Market Attack 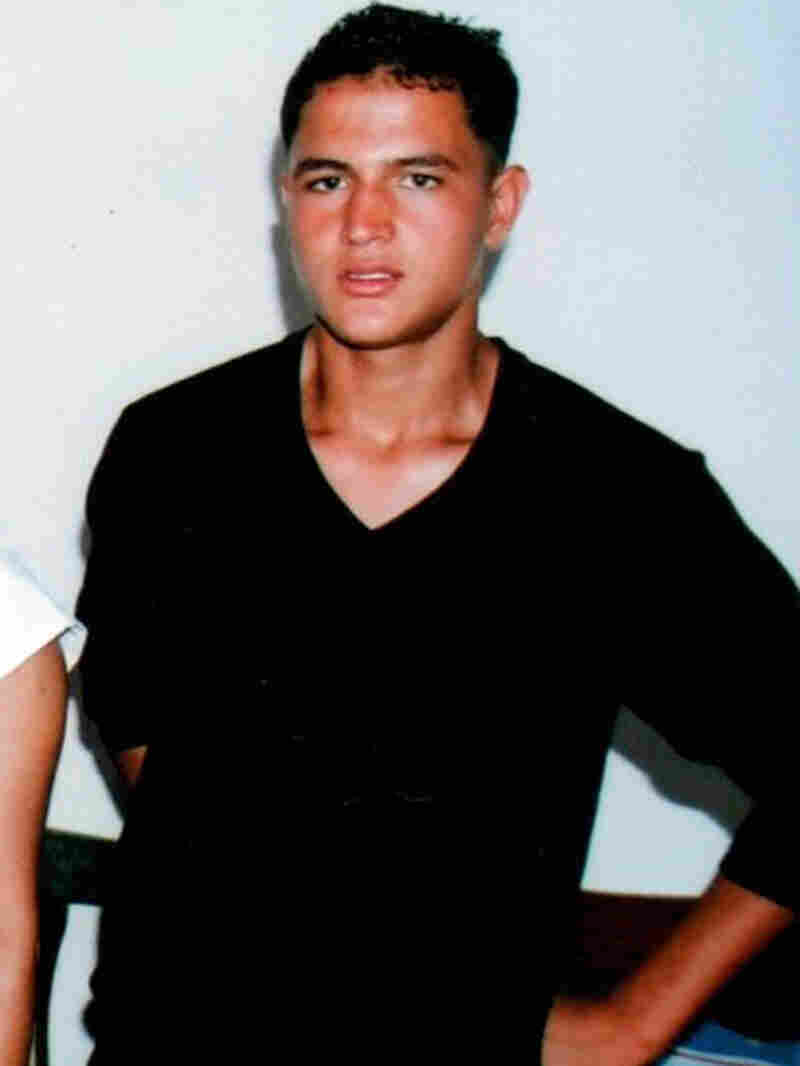 Police across Europe are on the lookout for Berlin terrorism suspect Anis Amri, seen here in an undated picture provided by Najoua Amri on Thursday. AP hide caption 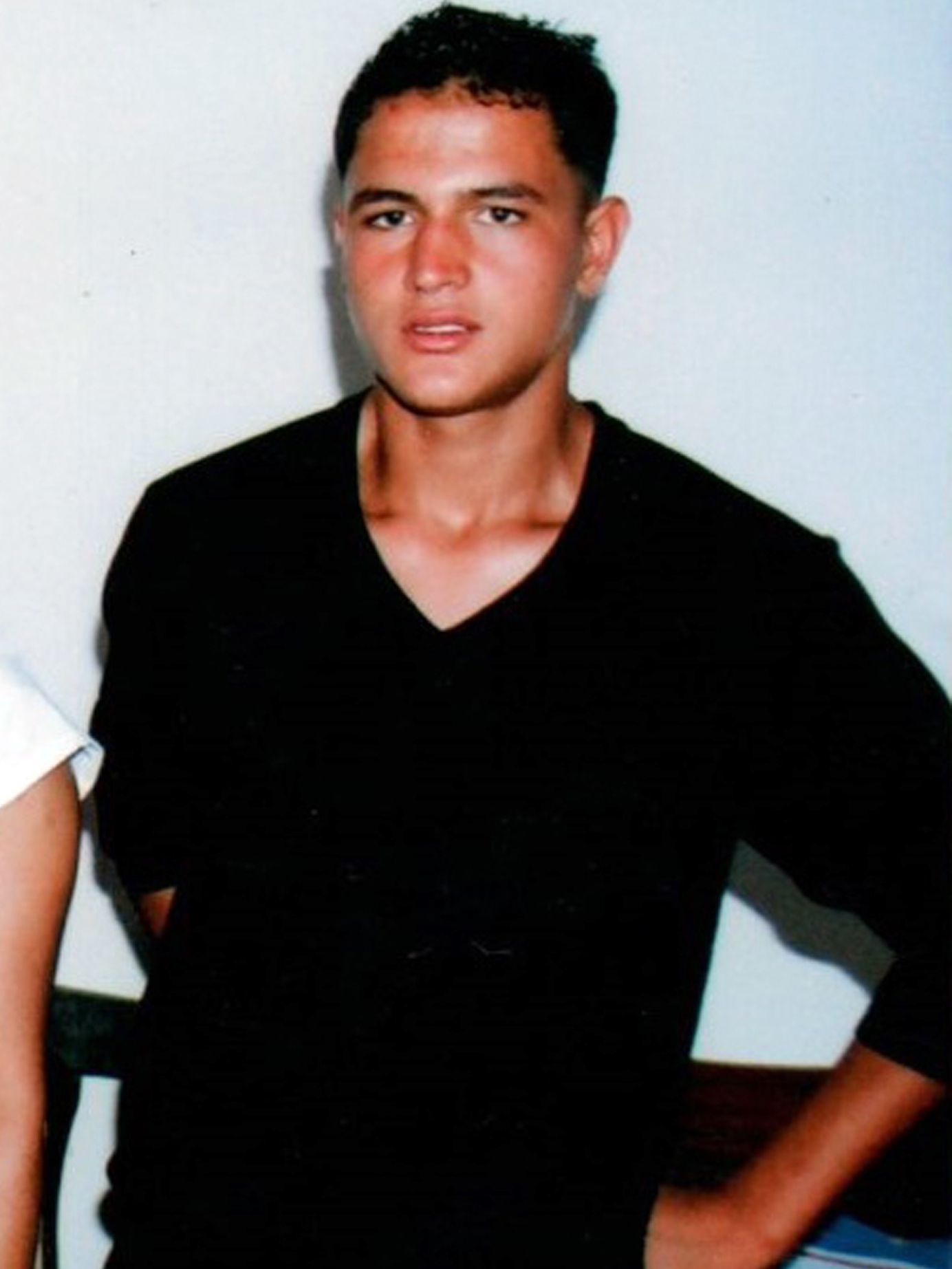 Police across Europe are on the lookout for Berlin terrorism suspect Anis Amri, seen here in an undated picture provided by Najoua Amri on Thursday.

With a manhunt and a $100,000 reward aimed at his capture, more details are emerging about Anis Amri, the chief suspect in Monday's attack on a Christmas market in Berlin. Revelations that the authorities had monitored Amri — and marked him for deportation — are also fueling anger in Germany.

"We can report today that we have new information that the suspect is with high probability really the perpetrator," Interior Minister Thomas de Maiziere told reporters during a visit to the federal police alongside Chancellor Angela Merkel on Thursday. Amri's fingerprints were found in the cab of the truck used in the attack that killed 12 people, Maiziere said.

Here's a rundown of what NPR and other news outlets are reporting about Amri, three days after the Berlin attack:

Both German and Italian officials say they tried to deport Amri to his native Tunisia — but both also say they hit roadblocks when Tunisian officials didn't confirm he was a citizen.

"Authorities say Anis Amri arrived in Germany in mid-2015. The 24-year-old Tunisian has six different aliases with three nationalities. Police technicians found a Germany residency card with one of those aliases in the tractor-trailer used in the attack.

"Germany had ordered Amri deported last July after intelligence agencies deemed him a threat because of his ties to Islamists in northwestern Germany. Authorities also suspected he was planning a break-in to finance a terrorist attack.

"But Tunisia refused to take him back and Amri went into hiding. He is now considered the prime suspect in Monday's attack, although authorities say they haven't ruled out that he had accomplices."

Citing a wiretapping investigation into hatemongering groups, Germany's Spiegel Online reports that investigators believe Amri previously offered to serve as a suicide bomber — but that his remarks were "so hedged that they didn't suffice to make an arrest."

Germany's attempts to deport Amri were complicated by his lack of verifiable identity papers; his passport finally arrived this week, Ralf Jaeger, the interior minister of North Rhine-Westphalia, said at a news conference Wednesday: "Tunisia at first denied that this person was its citizen, and the papers weren't issued for a long time. They arrived today."

After Monday's attack, photos of Amri emerged to show him with unkempt hair and a light beard. But in other images and in a seven-second video that's being attributed to the suspected terrorist, he's seen with close-cropped hair. That video was reportedly shot in Berlin in September.

Amri arrived in Europe via Italy — where he was also arrested. From that country's ANSA news agency:

"Amri, 24, reportedly arrived in Italy in 2011 and was detained at Palermo's Ucciardone prison after he was arrested in Catania for taking part in an arson attack and for issuing threats and causing bodily harm and damages."

Citing an interview with one of Amri's brothers in Tunisia that was conducted by the German newspaper Bild, ANSA reports that Abdelkader Amri said of his brother, "He might have been radicalized in prison in Italy after he left Tunisia." Translating from German, ANSA quotes Amri's brother saying, "If it's proven that he was involved, he will no longer be part of our family."

The official bulletin that was sent to security services this week describes Amri as very dangerous and likely to be armed.