Accessibility links
Trump Plans To Dissolve His Foundation; N.Y. Attorney General Pushes Back : The Two-Way Donald Trump said he wanted to "avoid even the appearance of any conflict" of interest. A spokesperson for the New York attorney general notes that an investigation into the charity is ongoing. 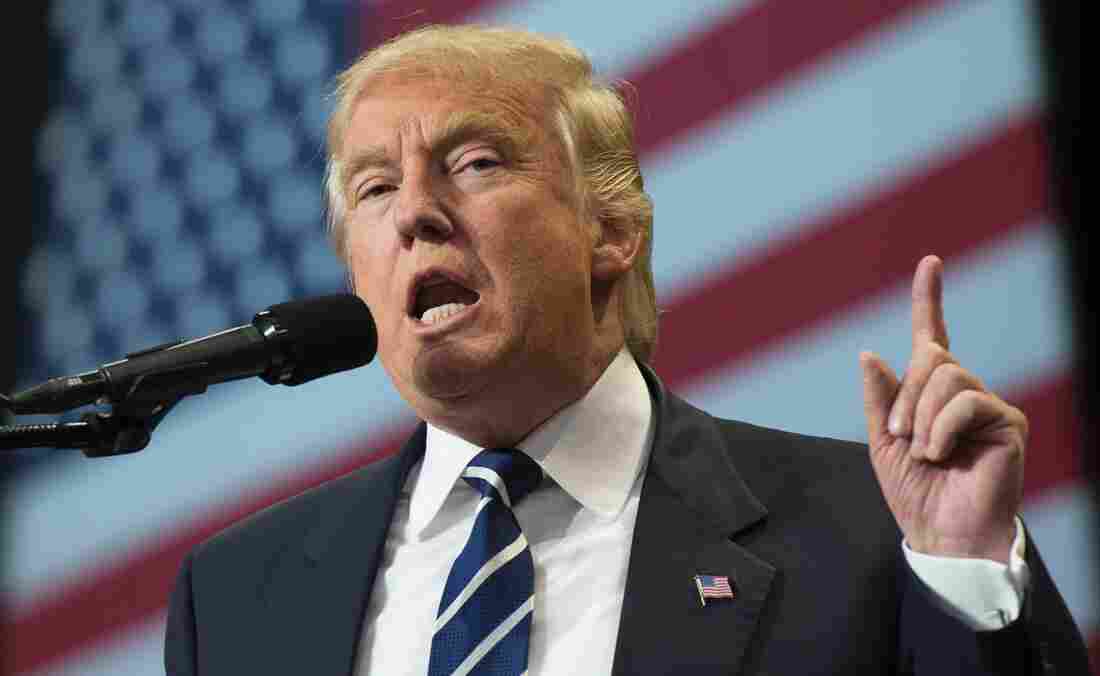 President-elect Donald Trump said he "intends to dissolve" the Donald J. Trump Foundation "to avoid even the appearance of any conflict" with his role as president. Don Emmert/AFP/Getty Images hide caption 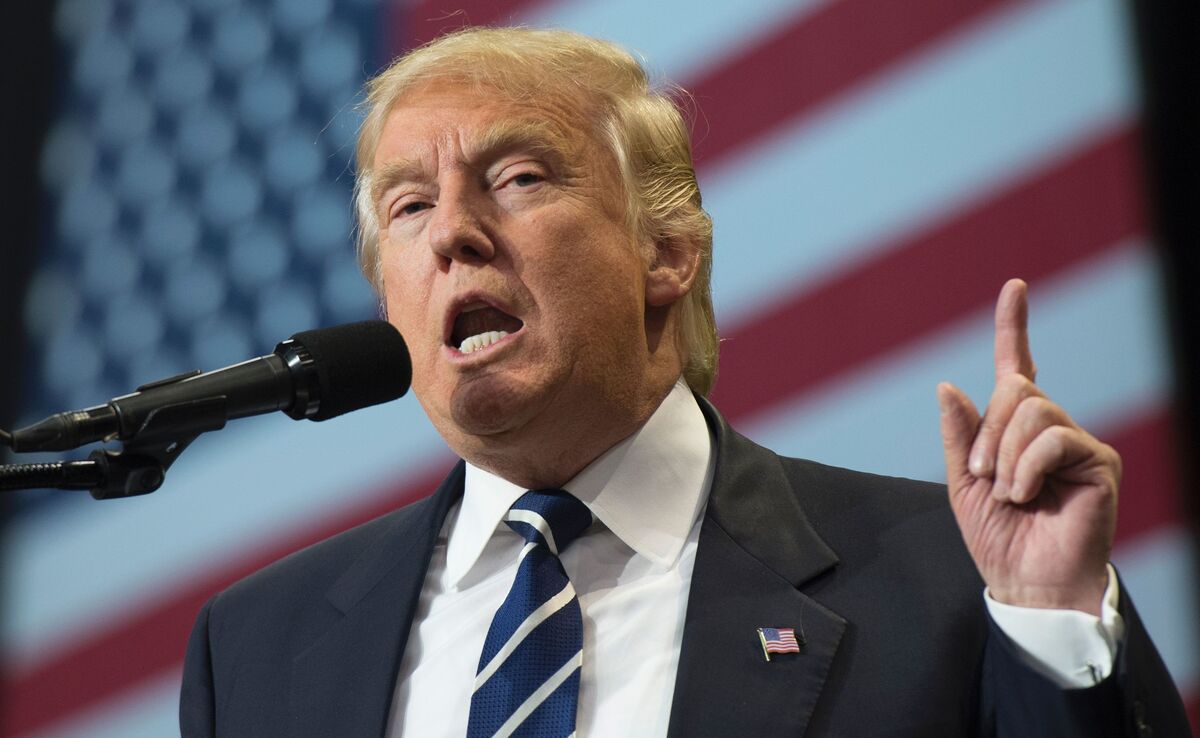 President-elect Donald Trump said he "intends to dissolve" the Donald J. Trump Foundation "to avoid even the appearance of any conflict" with his role as president.

President-elect Donald Trump plans to dissolve his foundation, his transition team announced on in statement on Saturday.

Soon after, though, the New York attorney general's spokesperson tweeted that he legally can't, until the state's investigation of the Trump Foundation is complete.

Press Secretary Amy Spitalnick was responding to Washington Post reporter David Fahrenthold, who asked if the investigation would continue.

In October, New York Attorney General Eric Schneiderman ordered the foundation to stop raising money in New York, saying the charity was not registered to do so under state law.

In Saturday's statement, Trump is quoted as saying:

"The Foundation has done enormous good works over the years in contributing millions of dollars to countless worthy groups, including supporting veterans, law enforcement officers and children. However, to avoid even the appearance of any conflict with my role as President I have decided to continue to pursue my strong interest in philanthropy in other ways."

The announcement comes shortly after a report from The New York Times discussing the president-elect's many potential conflicts of interest. The Times reports that Trump and his family "are rushing to resolve potential controversies — like shuttering foundations and terminating development deals — even as the president-elect publicly maintains that no legal conflicts exist."

An NPR report from earlier this year compared the work of the Trump Foundation with that of the Clinton Foundation, which came under fire during the campaign, noting the similarities seem to end with their names. As NPR's Joel Rose reported, "The Bill, Hillary & Chelsea Clinton Foundation, as it's formally known, is huge. It has hundreds of employees and a $90 million budget. The Donald J. Trump Foundation, by contrast, is fairly small. It has no full-time employees and a budget of about $600,000."

"The Donald J. Trump Foundation has been around since the late '80s, and on paper it sort of looks like what a lot of other rich people have, which is a foundation that's set up to give Trump's money away. But it's actually not that at all — for many of the recent years between 2009 and 2015, it didn't actually get any money from Trump at all — instead he gave away other people's money kind of under his own name, to people that thought they were getting Trump's money. He also used it to apparently violate the law in a number of ways — he used it to buy big portraits of himself including one that hangs on the wall of a sports bar he owns, and he used it to pay off debts or obligations that his businesses have incurred. So he was already under investigation by the New York Attorney General for apparently violating a number of federal laws that govern charities."

David Fahrenthold's reporting in the Post has shown that Trump hasn't given any of his own money to the foundation since 2008. The Post says Vince and Linda McMahon, owners of World Wrestling Entertainment, have been major donors; Trump recently nominated Linda McMahon to head the Small Business Administration.