Accessibility links
Russian Plane Crash: Investigators Suspect Technical Problems Or Pilot Error, Not Terrorism : The Two-Way Officials in Russia say they do not consider terrorism to be a likely cause of the crash on Sunday morning. The plane crashed shortly after takeoff; all 92 people on board are believed to have died. 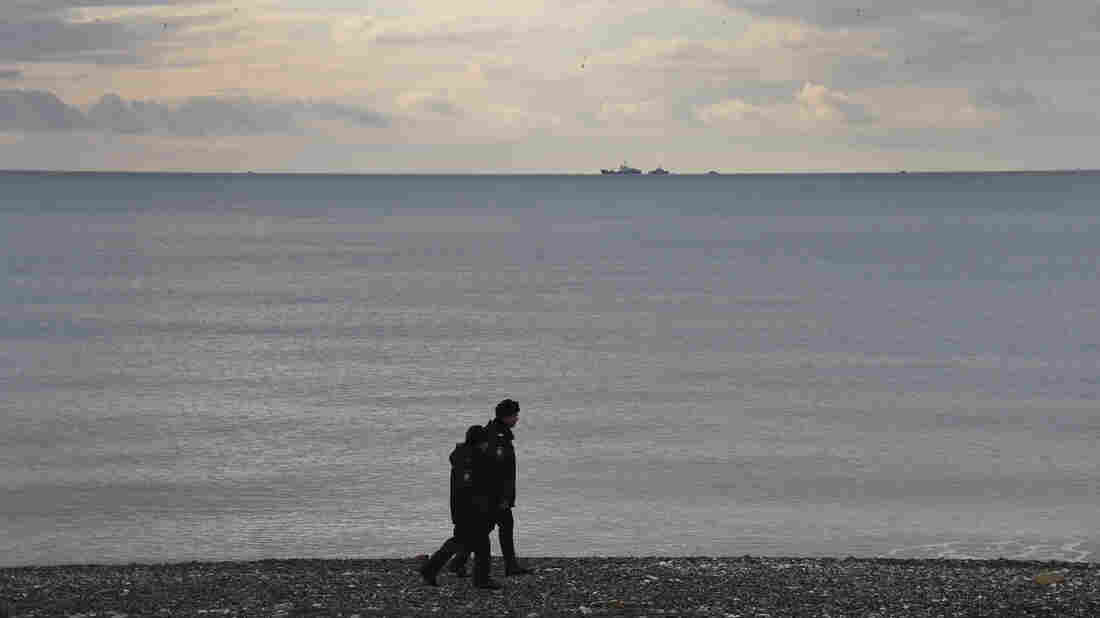 Russian police patrol the shores along the Black Sea at Sochi on Monday, one day after a Russian military plane crashed into the sea. An extensive search effort has revealed no sign of survivors among the 92 on board. Vasily Maximov/AFP/Getty Images hide caption 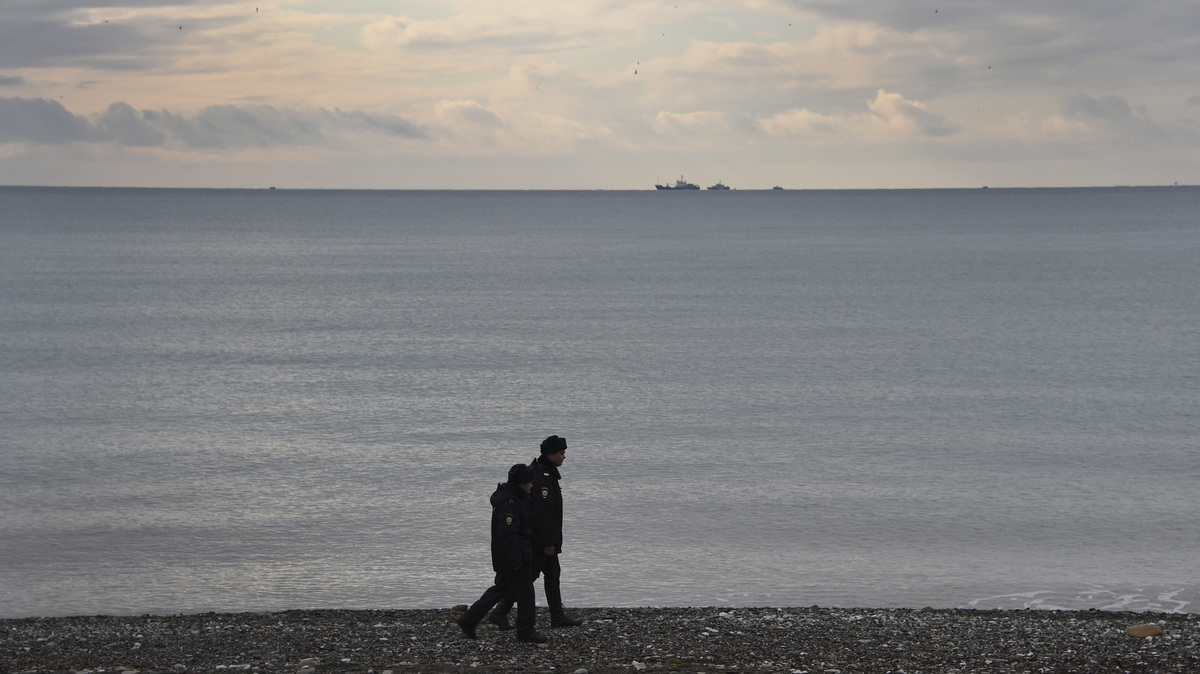 Russian police patrol the shores along the Black Sea at Sochi on Monday, one day after a Russian military plane crashed into the sea. An extensive search effort has revealed no sign of survivors among the 92 on board.

Russian officials say they are no longer considering terrorism a focus in their investigations into a military plane crash on Sunday morning.

Search efforts in the Black Sea have recovered fragments of the Russian military jet. Eleven bodies were also recovered as of Monday morning; all 92 people on board the plane are believed to have died.

Russian Military Plane, With 92 Aboard, Crashes Into Black Sea

There were 84 passengers and 8 crew members aboard when the plane went down shortly after taking off from Sochi, Russia, toward Syria.

A massive search operation has been underway ever since, The Associated Press reports:

"On Monday, more than 3,500 people on 45 ships — including 135 divers from across Russia — were sweeping a vast crash site in the Black Sea and along the shore, according to the Defense Ministry. Ten helicopters, drones and two deep-water submersibles were being used to help spot bodies and debris. The search area covered over 10 square kilometers (about 4 square miles) and was plagued by underwater currents.

"Divers in the afternoon found parts of the jet a mile away from the shore and 25 meters (82 feet) under the sea, the Emergency Situations Ministry said. Some of the debris was recovered and divers were going back into the water to search for more, it said, adding the fuselage has not been found yet.

"The plane's black boxes have not been found yet either, Emergency Situations Minister Vladimir Puchkov said. Transport Minister Maxim Sokolov said plane's flight recorders did not have radio beacons, so locating them in the water was going to be challenging."

A day of mourning has been declared in Russia.

"The crash of a military plane hit especially hard because 64 members of a world-famous military choir were on board," Lucian Kim reports. "They were on their way to perform for Russian personnel in Syria."

Also on the plane was Yelizaveta Glinka, a Russian doctor renowned for her charity work.

Ivshina says mourners in Moscow have gravitated to two sites — where the choir was based, and where Glinka was working.