Accessibility links
German Agriculture Minister Says 'Nein' To Meatless Meatballs : The Two-Way Christian Schmidt told a German newspaper he wants a ban on phrases like vegetarian schnitzel and vegan sausage. He argues that branding is "completely misleading" when there's no meat in the product. 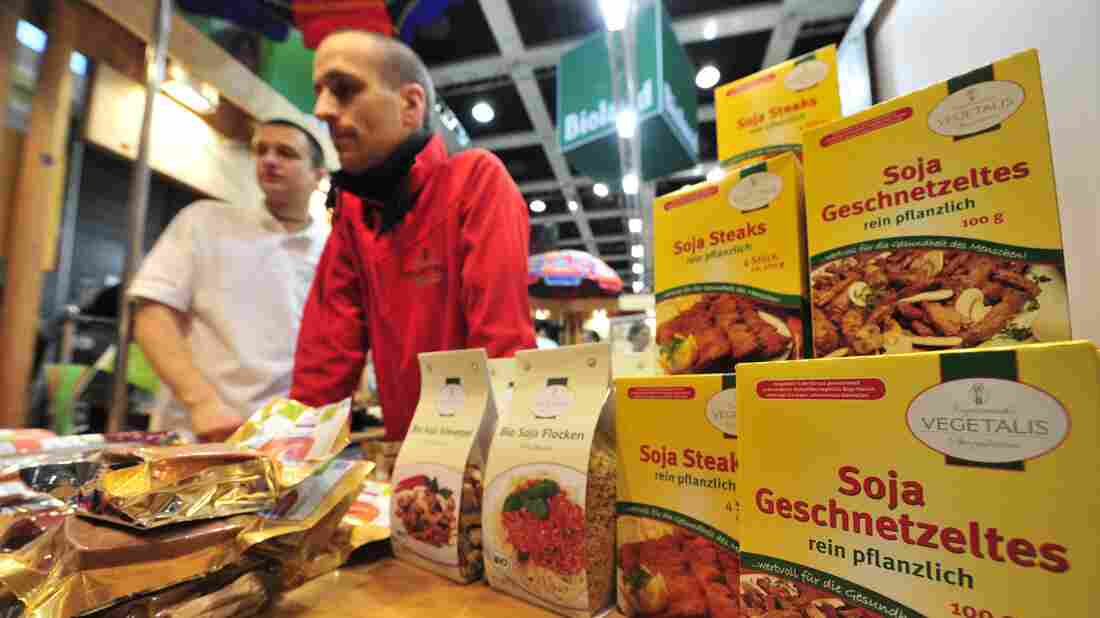 Fair workers at a vegetarian stand sell meatless items at the "Bio" (organic food) section of the International Green Week Food and Agriculture Fair in Berlin in 2011. Germany's minister of agriculture has called for a ban on using meaty words like "schnitzel" and "würst" to market such products. John MacDougall/AFP/Getty Images hide caption 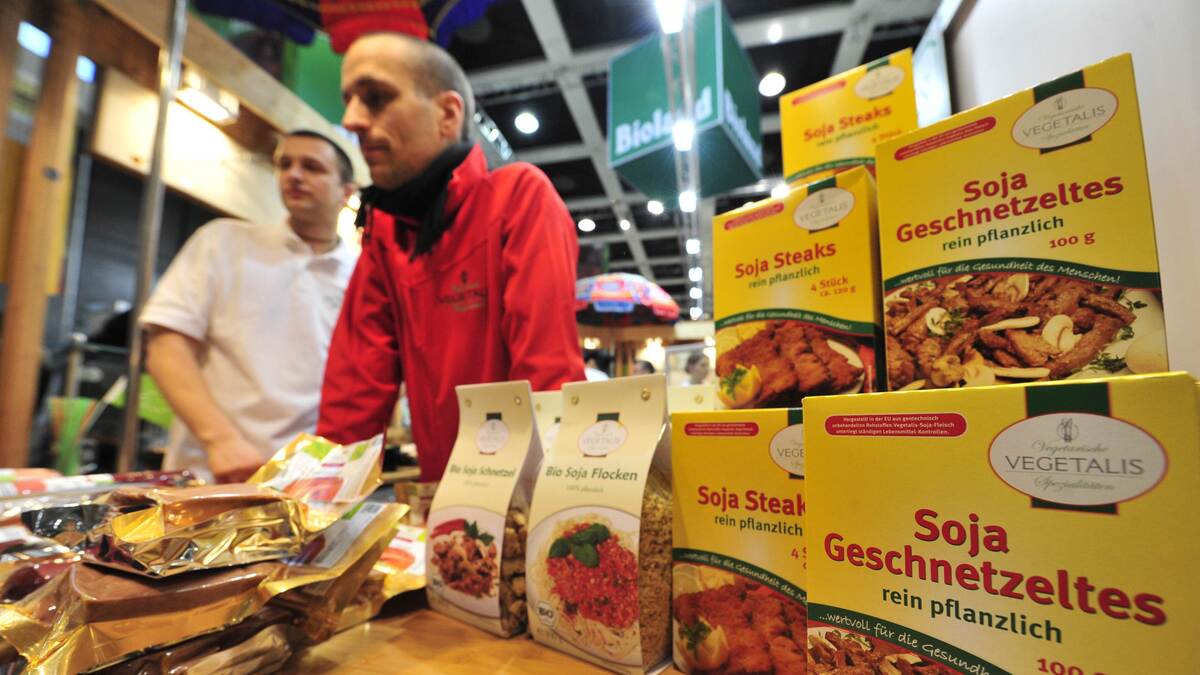 Fair workers at a vegetarian stand sell meatless items at the "Bio" (organic food) section of the International Green Week Food and Agriculture Fair in Berlin in 2011. Germany's minister of agriculture has called for a ban on using meaty words like "schnitzel" and "würst" to market such products.

There's no such thing, says Germany's agricultural minister. He's crying fowl over product packaging, and is calling for a ban on using meat-centric terms to describe meatless products.

In an interview with Germany's Bild newspaper, Christian Schmidt said terms like "vegetarian schnitzel" are "completely misleading and unsettle consumers," according to a translation by The Associated Press.

Deutsche Welle reports that the minister's beef with meatless products echoes concerns raised by the German Farmers Association and German Butcher's Association, which have objected to "vegetarian ham" and "soy steak."

The newspaper says that the minister called for manufacturers of artificial meats to come up with different, distinct names for their products.

"I don't want anyone to pretend that these pseudo-meat dishes are actual meat dishes," Schmidt said, according to DW. He also praised meat — the real, made-from-an-animal's-flesh kind — as a healthy food that belongs on school menus.

The AP has more background on why Schmidt was stewing:

"Among the "wurst" offenders is 'vegan curry sausage,' a meat-free take on a heavily spiced pork dish born of post-World War II necessity and now considered a delicacy in Berlin — though largely unknown outside Germany. ...

" 'I favor them being banned in the interest of clear consumer labeling,' [Schmidt] was quoted as saying.

"Schmidt has already contacted the European Union's executive branch to discuss extending rules that govern the use of the terms 'milk' and "cheese' to apply to meat as well, his spokesman said Wednesday."

That spokesman, Jens Urban, also told reporters that he wasn't aware of any "consumer confusion" about, say, beefsteak tomatoes, the AP writes.

The German Vegetarian Association has responded by saying that "names that are used for animal-based products should without a doubt also be legal to use for vegetarian substitute product," according to DW.

Meat substitutes like these have been around in Germany for more than half a century, according to the Soyinfo Center's extensive bibliography on German soybean usage. In the 1950s, a Seventh-day Adventist company in Hamburg sold soy-based cutlets; they later added "soja würstchen," or soy sausages.

For decades, German meat alternatives were a niche item — but they've been sprouting up in more places lately. Last year, the market research group Euromonitor said newer products in Germany have started to target the mainstream audience — people who eat meat, but might be interested in cutting down on their consumption.

"According to a research paper by the Institute for the Study of Trade (IfH), revenue for vegetarian and vegan products ... grew by more than 100 percent between 2010 and 2015," DW reports. "In the same time period, the demand for meat products fell by almost 10 percent."