Accessibility links
Investigators Rule Out Explosion In Russian Plane Crash : The Two-Way Mechanical failure is speculated as the likely cause of the Christmas plane crash that killed 92, although not all officials are ready to dismiss terrorism as a motive. 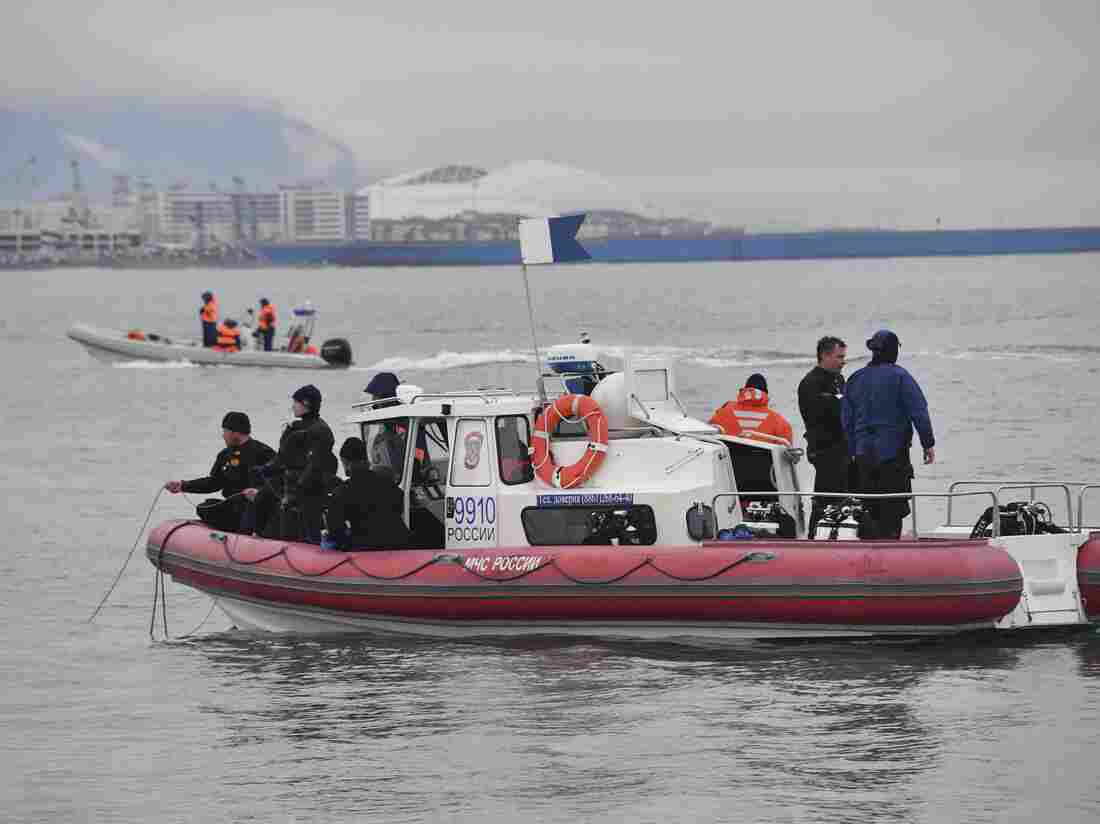 Mechanical failure is speculated as the likely cause of the Christmas plane crash that killed 92. Vladimir Velengurin/AP/Russian Emergency Ministry Press Service hide caption 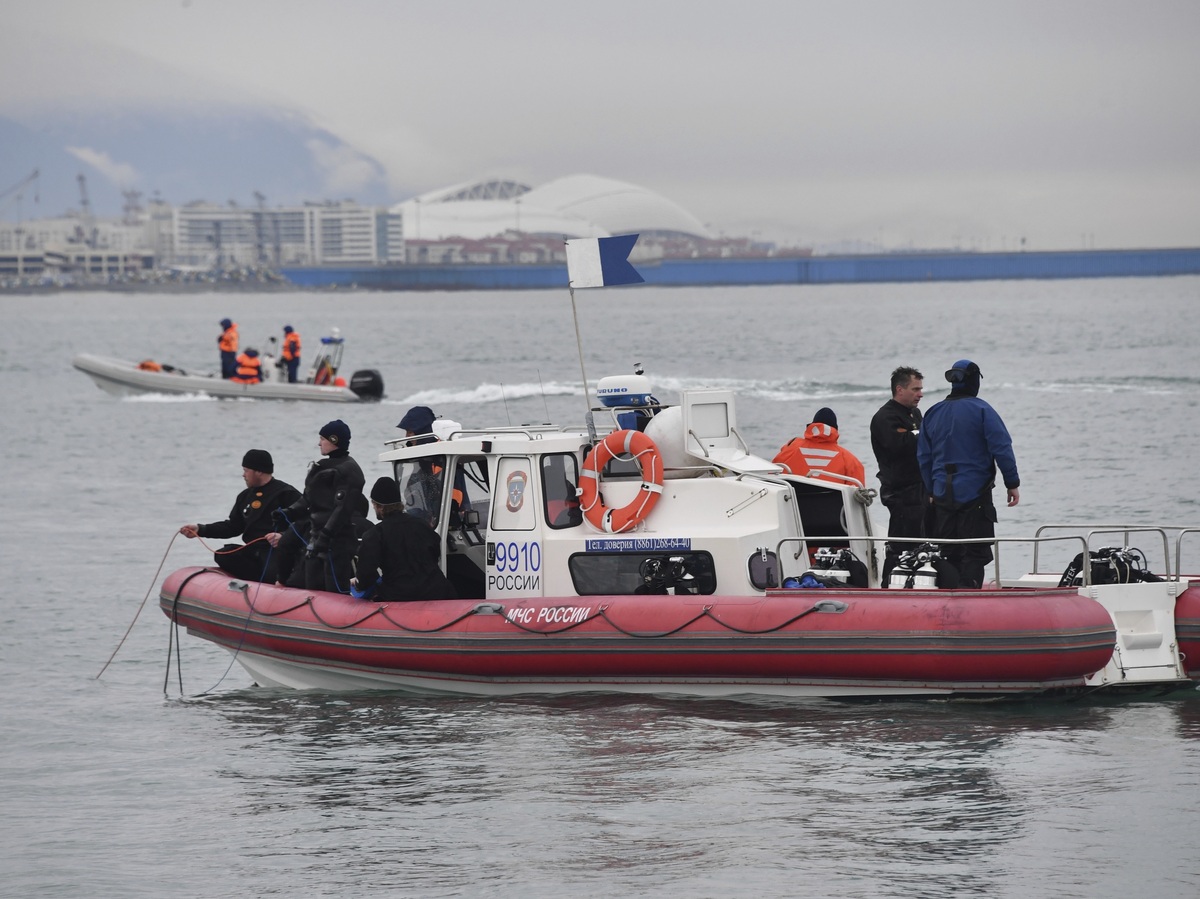 Mechanical failure is speculated as the likely cause of the Christmas plane crash that killed 92.

Russian authorities say that there was no explosion onboard the plane that crashed earlier this week, killing 92, though some prominent officials have yet to rule out terrorism.

In a press conference Thursday, members of a Russian government commission investigating the crash told reporters it could have been one of several factors, but that data from the crash ruled out an explosion.

"After deciphering the first flight recorder we have made a conclusion that there was no explosion onboard," said Lt. Gen. Sergei Bainetov, head of the air force's flight safety division.

But when asked whether terrorism had been ruled out, Bainetov said attacks of that sort don't always "involve an explosion."

"At a press conference in Moscow, Russian Transportation Minister Maxim Sokolov declared the main phase of the search-and-recovery effort complete. ...

" 'Today,' he said, 'we've recovered everything that's connected to the crash.' That means the Tupolev-154's black boxes and wreckage. It also means 19 bodies and more than 230 body parts, which are now undergoing DNA analysis.

"Sokolov said it's clear the plane had technical problems — and now experts are trying to determine why."

As we've previously reported, the Defense Ministry plane, which crashed on Christmas, was carrying among other passengers a world-renowned military chorus. The jetliner was bound for Syria at the time of the crash.

Remembering The Members Of The Red Army Choir

Remembering The Members Of The Red Army Choir

The Associated Press notes the Tu-154, though designed in the 1960s, is a model still popular for government use. Russian commercial airlines no longer use the aircraft.