Accessibility links
Obama Announces Sanctions Against Russia In Response To Alleged Hacking : The Two-Way The White House announced Thursday a number of actions in response to what it calls cyber-attacks aimed at the U.S. "All Americans should be alarmed by Russia's actions," President Obama said. 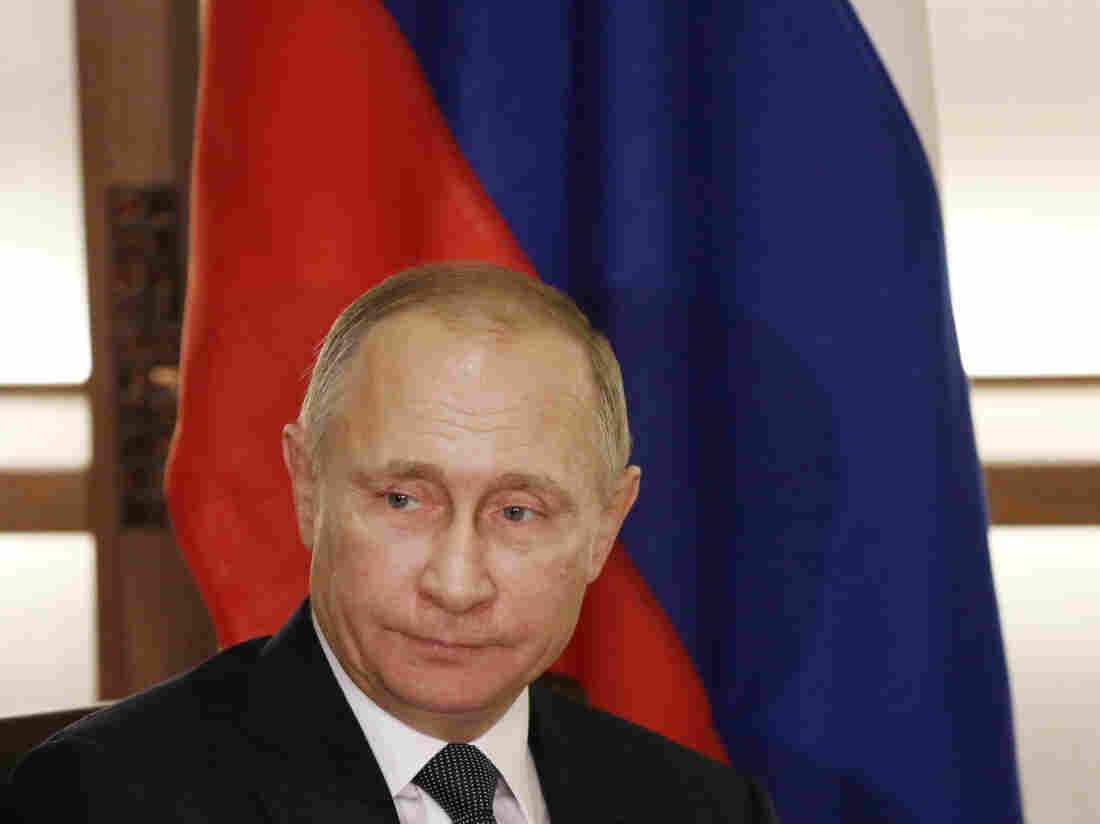 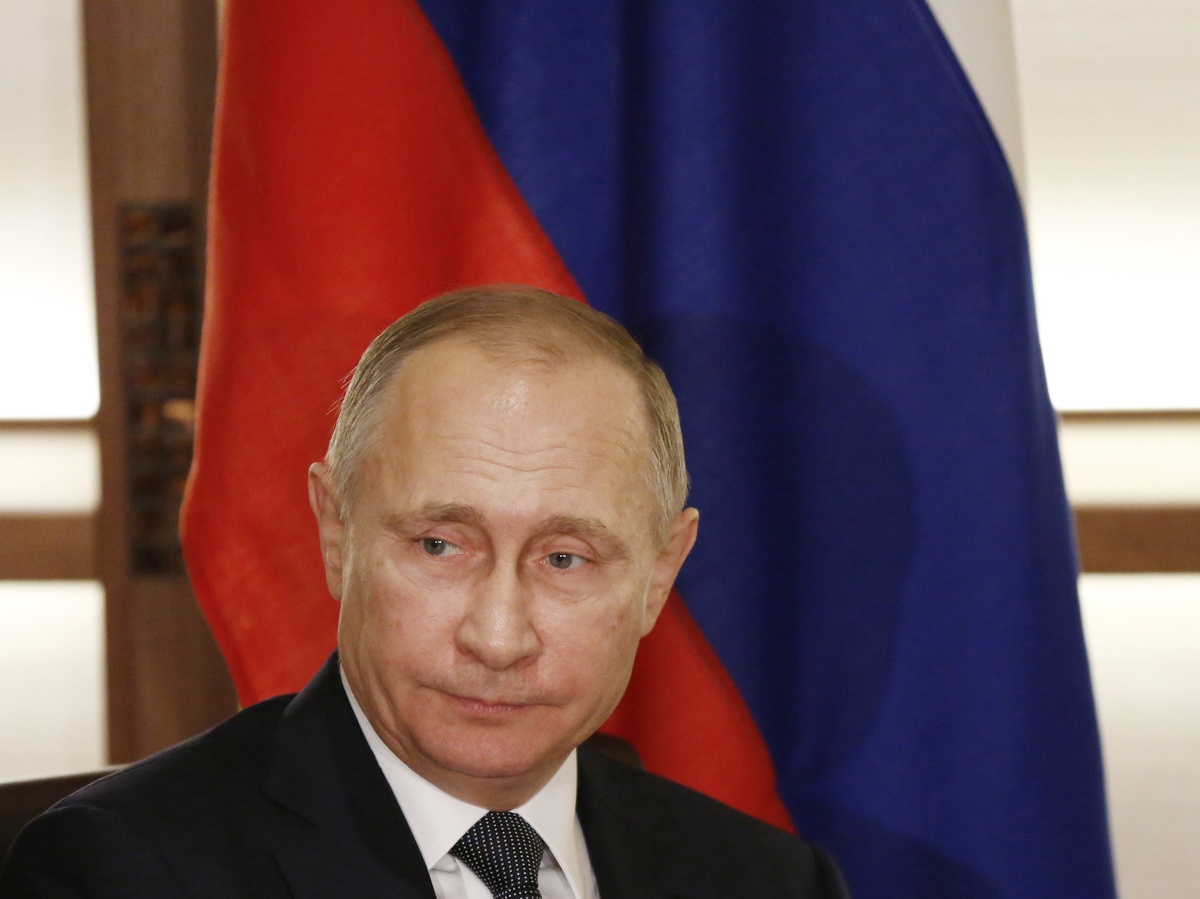 The White House has announced new actions targeting Russia in response to what U.S. officials say were cyberattacks intended to interfere with the U.S. election.

In a statement Thursday, President Obama said, "All Americans should be alarmed by Russia's actions," referring to hacks of the Democratic National Committee. Obama also cited an "unacceptable level of harassment" of American diplomats by Russian security services and police in Moscow.

The immediate impact of the president's executive order is that 35 Russian diplomats will be expelled from the U.S. and two Russian compounds will be closed.

The statement also names Russian individuals and entities — including two intelligence services — to be targeted by new sanctions.

"We will continue to take a variety of actions at a time and place of our choosing, some of which will not be publicized," the statement goes on to say.

Later on Thursday, a separate joint statement from the Department of Homeland Security, Office of the Director of National Intelligence, and the FBI reiterated the claim that the Russian government was behind the cyber attacks:

"This activity by Russian intelligence services is part of a decade-long campaign of cyber-enabled operations directed at the U.S. Government and its citizens. These cyber operations have included spearphishing, campaigns targeting government organizations, critical infrastructure, think tanks, universities, political organizations, and corporations; theft of information from these organizations; and the recent public release of some of this stolen information. In other countries, Russian intelligence services have also undertaken damaging and disruptive cyber-attacks, including on critical infrastructure, in some cases masquerading as third parties or hiding behind false online personas designed to cause victim to misattribute the source of the attack."

President-elect Donald Trump has repeatedly cast doubt on assertions that Russia was responsible for hacks and leaks during the election. But shortly after 6:00 pm on Thursday, his transition team released the following statement, attributed to Trump:

"It's time for our country to move on to bigger and better things. Nevertheless, in the interest of our country and its great people, I will meet with leaders of the intelligence community next week in order to be updated on the facts of this situation."

Congressional leaders from both parties have released statements supporting the new sanctions, while taking thinly-veiled shots at political opponents.

"Russia does not share America's interests. In fact, it has consistently sought to undermine them, sowing dangerous instability around the world. While today's action by the administration is overdue, it is an appropriate way to end eight years of failed policy with Russia. And it serves as a prime example of this administration's ineffective foreign policy that has left America weaker in the eyes of the world."

Democratic Senator Charles Schumer, who is expected to lead his caucus in the Senate come January, welcomed the administration's actions.

"I hope the incoming Trump administration, which has been far too close to Russia throughout the campaign and transition, won't think for one second about weakening these new sanctions or our existing regime. Both parties ought to be united in standing up to Russian interference in our elections, to their cyberattacks, their illegal annexation of Crimea and other extra-legal interventions."

The Democratic National Committee, which was targeted by the alleged attacks, also weighed in, urging further action.

"We applaud President Obama for taking these actions in response to the Russian government-sponsored cyberattacks on the DNC, the Clinton campaign, and our free and fair elections. However, more must be done.

"It has been widely reported that U.S. intelligence officials have a 'high level of confidence' that Russian President Vladimir Putin was personally involved in these attacks, even providing direction on how the stolen material was leaked. These intrusions were not just 'hacks.' They were attacks on the United States by a foreign power and should be treated as such. Therefore, today's action alone by the White House is insufficient. Now it's time for President-elect Trump and the Republican leadership in Congress to put our national security before politics and show the American people that they are serious about protecting our democracy. That's why I have called on Congress to launch a thorough, independent, and bipartisan investigation on the Russian government's unprecedented interference in the 2016 election."

Meanwhile, the AP Reports that Russia is already considering retaliatory measures to the sanctions. And a tweet from Russia's embassy in the U.K. mocked President Obama, tweeting a picture of a lame duck.

Russia has denied that it carried out cyber attacks meant to influence the U.S. election.

President Obama expels 35 🇷🇺 diplomats in Cold War deja vu. As everybody, incl 🇺🇸 people, will be glad to see the last of this hapless Adm. pic.twitter.com/mleqA16H8D