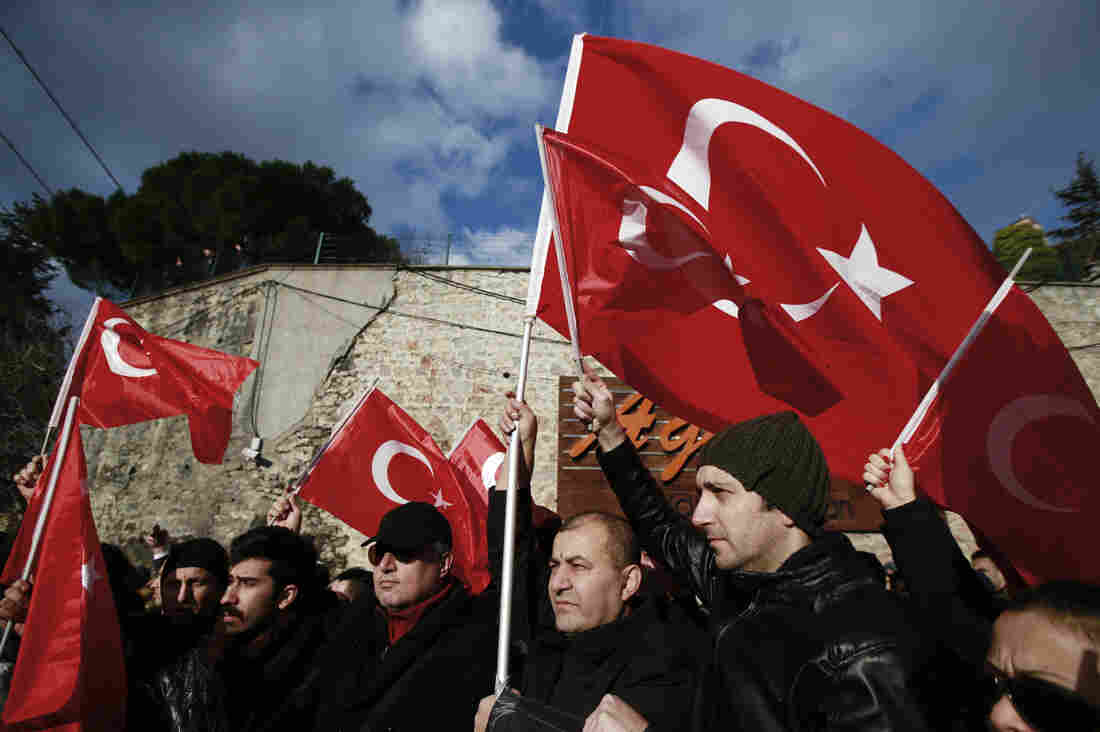 People wave Turkish flags as they march in Istanbul on Tuesday at a memorial for the victims of the nightclub attack on New Year's Day. Emrah Gurel/AP hide caption 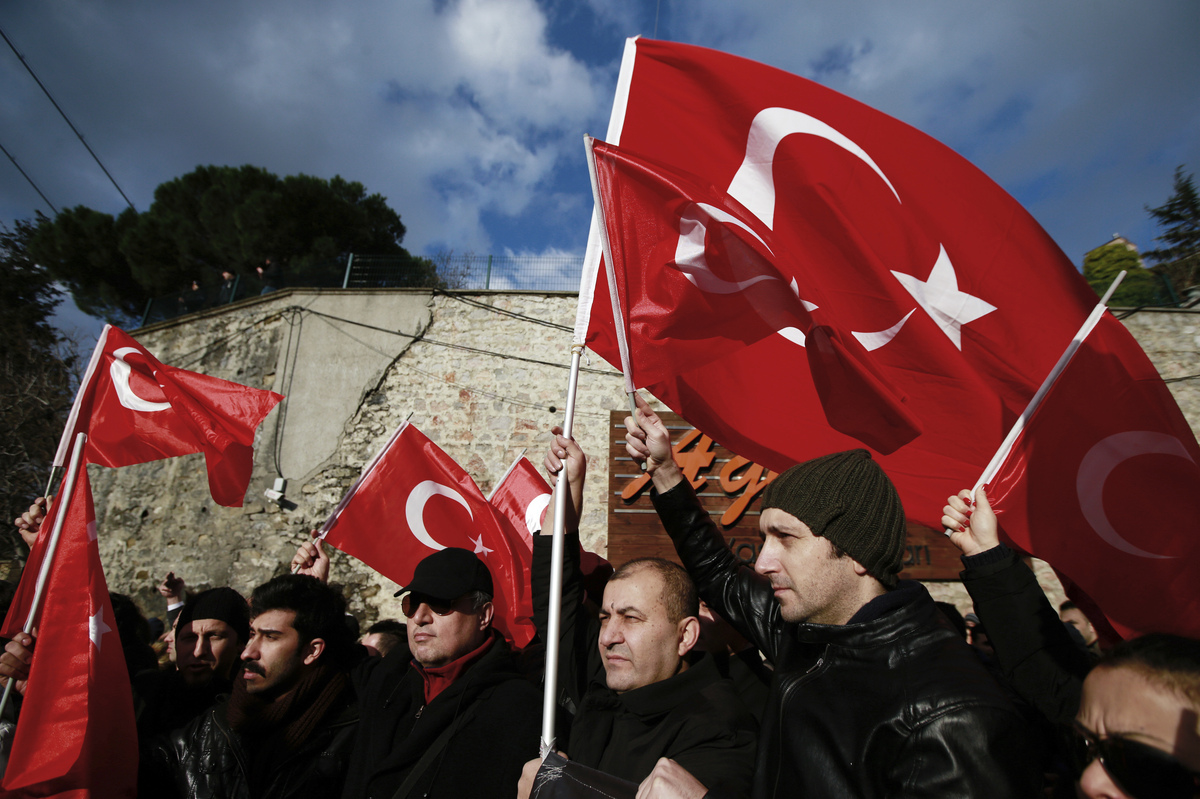 People wave Turkish flags as they march in Istanbul on Tuesday at a memorial for the victims of the nightclub attack on New Year's Day.

Turkish authorities made multiple arrests Tuesday as they search for the person who attacked an Istanbul nightclub in the early hours of New Year's Day, killing at least 39 people.

A lone gunman shot his way into the Reina nightclub, which was packed with holiday revelers.

Police arrested two foreign nationals who they described as suspects at Istanbul's Ataturk Airport, according to the state-run Anadolu news agency. They reportedly searched the pair and took them to police headquarters in Istanbul.

The two arrests follow earlier media reports Tuesday — which were later reversed — that police had identified the suspected gunman at the Reina nightclub.

The state-funded TRT World news network showed images of a passport from Kyrgyzstan belonging to someone it identified as the suspected gunman and named that person, as Peter reports, but the broadcaster stopped showing the passport page shortly after without explanation. (We have since removed that name as well from this post.)

Police later denied that the passport was linked to the shooting, as Peter reported. He added:

"The Hurriyet newspaper says police detained a woman in the town of Konya who's described as the wife of the main suspect in the attack. According to the paper, she told police her husband never showed any sympathy for ISIS, which has claimed responsibility for the attack."

"The claim of responsibility by ISIS prompted Turkey's deputy Prime Minister Numan Kurtulmus to say Turkey's response will be to step up military attacks against ISIS in northern Syria.

"That escalation appears to have already begun. The military tells the state-run Anatolia News Agency that Turkish attacks have killed at least 18 ISIS fighters in the past 24 hours, and at least 150 ISIS targets have been hit by airstrikes or tank and artillery fire in recent days."

Police have conducted raids in Istanbul neighborhoods, Peter reported, and 14 people were being held for questioning in connection with the attack, in addition to the pair from the airport.